Hey everyone, Josh here to discuss the units that are available in the Blades of Khorne. This time we’ll be discussing one of the brawler style named leaders Scyla Anfingrimm. For more tactics articles, check out the Tactics Corner!

Scyla started as a powerful mortal man taking contracts from Khorne himself to slay mighty, god-blessed beasts and untold thousands. After each of his many great victories, Khorne blessed him with powerful daemonic gifts that left him wanting more.

Eventually his lust for power caught up with him. His body was could not withstand the gifts he had received. Upon receiving his final daemonic gift, his body was mangled and sanity lost. Scyla was doomed to become the strongest Chaos Spawn that would ever live. 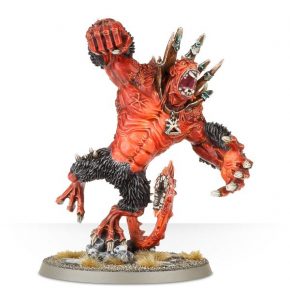 Scyla is a named brawler unit. He doesn’t have any impact on the units around him. He is unique in that he takes up a leader slot in matched play but does not have the hero keyword. Strangely, he is not a monster and is instead a mortal even though the lore states that he is not only a giant chaos spawn but has become a Daemon. Despite his excellent lore and sculpt, Scyla is disappointingly weak for his point cost.

The best part about Scyla has got to be his bestial leap. Being able to ignore the closest model during a pile-in is an extremely powerful ability. Especially in a game where heroes are such a big deal.

Scyla is an aggressive unit with a high wound count that wants to receive damage and take advantage of Raging Fury. You’ll typically want to use him in a multi-unit engagement. Attack with your alpha striking unit and switch gears to Scyla after he’s taken some damage. 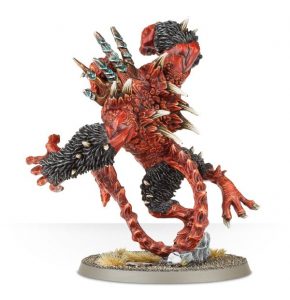 He also benefits from having two different attack profiles with rend. Sclya’s going to gain more value from attack characteristic bonuses than heroes. Consider keeping him in range of the Bloodsecrator or Aspiring Deathbringer to mitigate the risk of poor attack characteristic rolls with his brutal fists.

Scyla is fast. He’s a reasonable choice intercepting and low-save units or stray 80-100 point heroes that are attempting to capture an object. This makes him an excellent choice for taking objectives as well. He’s not a very expensive model and can quickly make his way back to the fight if maintaining a presence on an objective isn’t necessary.

Scyla might have a high wound count, but he has a terrible save. Those 8 wounds can evaporate pretty quickly. Don’t let your opponent decide how to attack Scyla. Make sure you decide where he will fight in combat.

Scyla’s Collar of Khorne is nice, but it’s unlikely you’ll roll better than your opponent if they’re running a spell casting army. Most spell oriented armies have built in bonuses to casting that make unbinding incredibly difficult. Scyla would actually be worth taking if this was a short 10″ AOE effect that either prevented spell casting within range or a once per game item that auto-unbound a spell at any range. 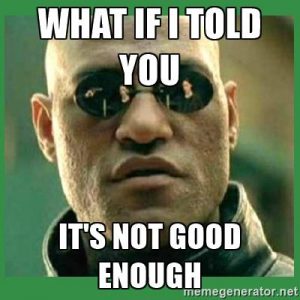 The fact that Scyla is considered a Leader and a Named character is his worst nightmare. Scyla’s average damage just isn’t good enough for me to consider taking up one of my leader slots. Named leaders have to be either extremely powerful (Skarrbrand or Valkia) or fill a niche (Sayl the Faithless) for you to consider taking them in your army. If I needed a pure melee hero, I would consider Valkia for long before I considered Scyla. This unit really needs to be in the 70-80 point range, because as it stands even a pack of 5 Flesh Hounds will likely deal more damage than this named leader. 🙁