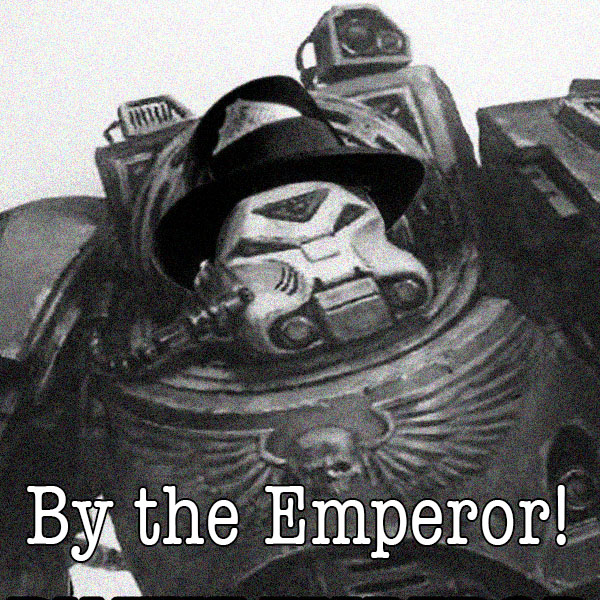 USC, SOUTH CAROLINA – In a groundbreaking new study, members of the  Behavioral Science Department of the University of South Carolina have proved that Canadians, long known for their universal levels of incredible politeness as a country, become more comparable to standard human politeness averages worldwide when playing Warhammer 40k. 40K Stats Centre’s own Peter “The Falcon” Colosimo was present during the studies as the primary statistician, invited as part of an international collaboration, and was able to provide some details to our intrepid BTE! Reporters.

“After going through thousands of different touch points of social, political, and BCP data for hundreds of different players,” explained Peter, “we found that on average, using a 0 to 200 point scale, with 100 being average, Canadians went from a national weighted average of 150 Politeness score to about 105-110. This was dependent on the individual, the 40K game-type in question, and the factions being played. This is a significant discovery for the 40k Community, and quite honestly a fascinating discovery for both psychology and social sciences.”

Peter went through the rigorous steps that the USC B.S. Team took to acquire, proof, and test the data, using the most advanced and rigorous procedures the scientific method has to offer. These steps have been removed from this article for ease of reading, enjoyment, and comprehension, and definitely no other reason.

“One of our key data drivers was a correlation I like to refer to as ‘P-WiP’, or ‘Politeness in Winning Position.’ This really showed us the true percentage drops and dips of polite small talk and likelihood of take-backs allowed over time throughout 3 to 5 or even 6 rounds of gameplay. It also helped us to compare what we found with other demographics as well. For example, the average American drops to about a politeness of 85 on the P-Scale (Politeness Scale), while British individuals on average go from 110 to 70 when playing 40k. We also found other groups who plummet dramatically once 40k is in session, most specifically players from Southern California, who go from a 95 average pre game P-Score to an average of 45. And bear in mind in most scenarios a P-Score of 35 means a punch will be thrown.”

Peter went on to explain further devices and instruments they used in the studies to insure the integrity of the findings, which details our BTE! Reporters promise to release in a later article most likely, in several months from now, probably.

“With data we have knowledge, and knowledge is power, so we should guard it well” chuckled Peter, totally not thinking that the Blood Ravens (to whom that quote is attributed to) should have been called the Blood Falcons. “With this information, we can work on making our gaming 40K community better and more enjoyable one event at a time.”

That’s all the news we have for today! And remember, Frontline Gaming sells gaming products at a discount, every day in their webcart!

← Chapter Tactics #133: What GW Needs to Do to Tone Down Iron Hands and How to Compete Until They Do
Navigating the Realms: Hallowheart and Stormcast →
0 0 votes
Article Rating
Subscribe
Login
3 Comments
Oldest
Newest Most Voted
Inline Feedbacks
View all comments

As a Canadian, I give this article 10 Tim Hortons’ Roll up the Rim cups out of 10

Our BTE! Journalists graciously accept this accolade. We’ll let them know as soon as they escape the wilderness of the Australian Meta.