You are here: Home › 40K › News › Kickstarting Your Ynnari Collection

Picture this – the Blood of the Phoenix battlebox and Phoenix Rising campaign book that you pre-ordered has arrived through the post. In an excited hobby frenzy, you’ve managed to get all of the models assembled and painted, and played through all the Echoes of War missions with both sides. What do you do next with your shiny new collection of miniatures?

The answer is, of course, to field the new warhost of Drukhari and Asuryani as a combined force using the Ynnari rules! 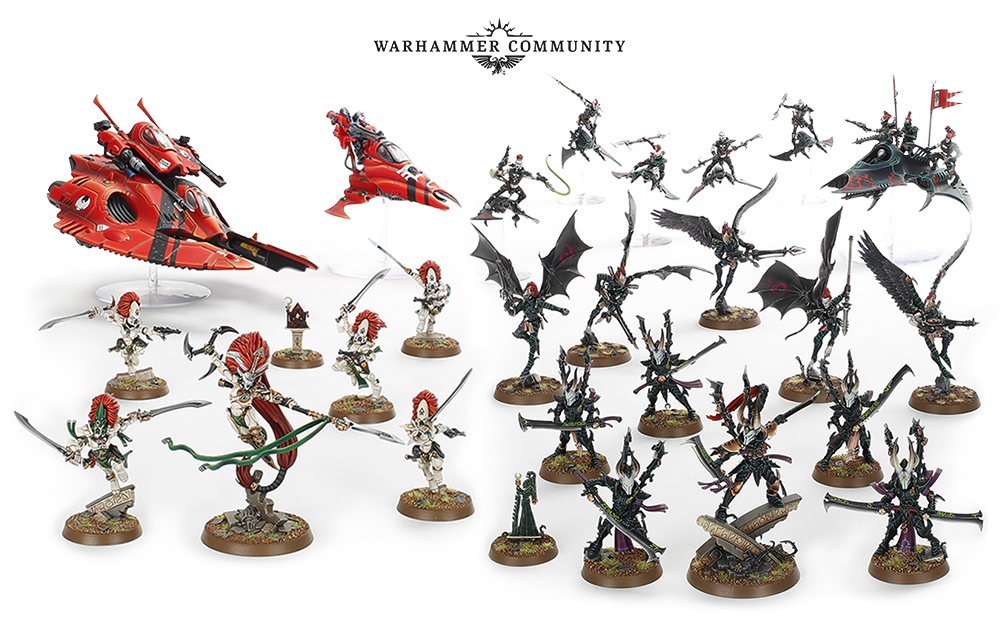 The Phoenix Rising campaign book includes all of the rules for this hybrid Aeldari faction, including the datasheets of their foremost leaders – Yvraine, the Visarch and the Yncarne. The Ynnari rules enable you to field elements from the Asuryani, Drukhari and Harlequins as a single, cohesive force, offering some highly effective combinations of quicksilver speed, formidable hitting power and deadly wargear from all three of the Aeldari factions. 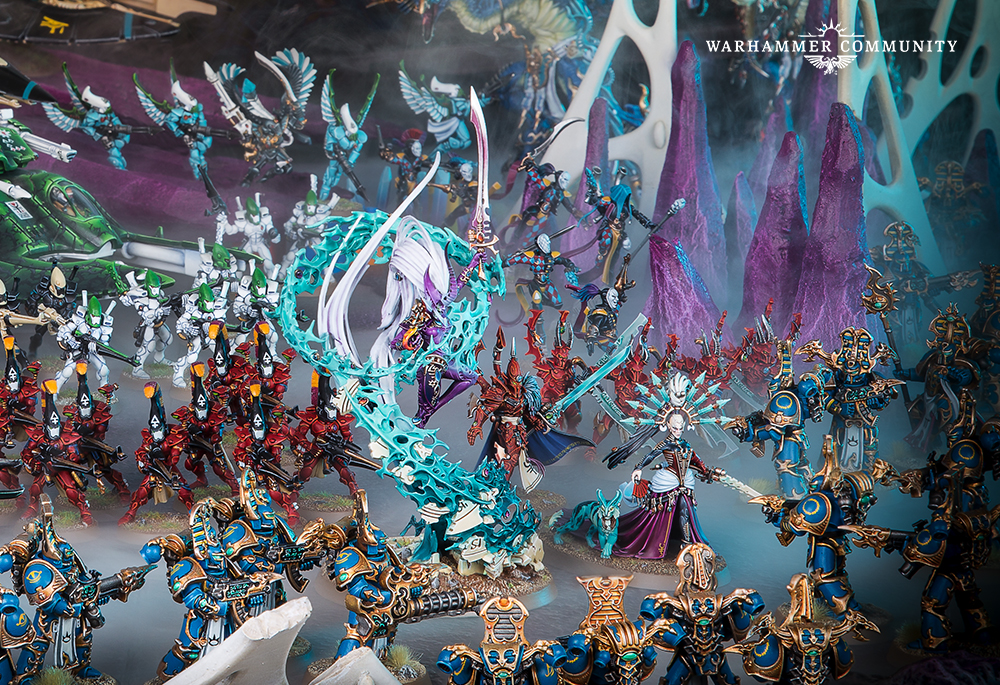 What’s more, if you include a member of the Triumvirate of Ynnead in a Craftworlds, Drukhari or Harlequins Detachment, you can choose for it to become an Ynnari Detachment instead, replacing their normal faction abilities with Strength From Death. With shrewd use, this ability offers both an effective means to counter an enemy attack and enhance your own charges – just imagine your newly acquired Howling Banshees hitting on a 2+ in combat!

Not only that, but Ynnari Detachments can make use of 17 Stratagems that are unique to the reborn of Ynnead, granting a wealth of new tactical options on the battlefield. 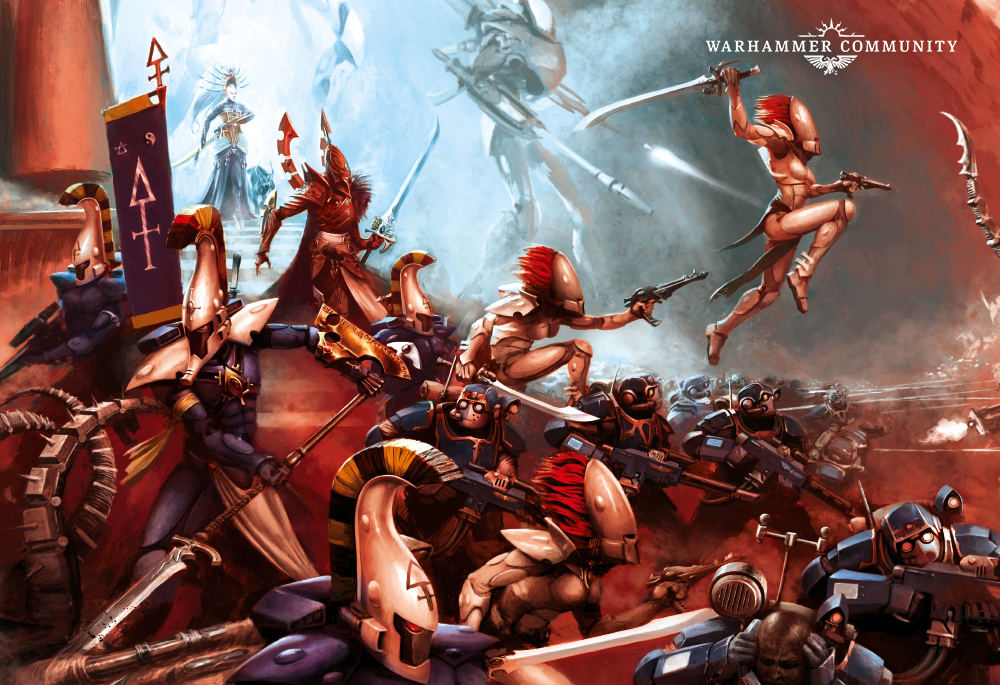 An especially simple but effective trick is to combine the charge of a powerful Ynnari unit or two with Inevitable Fate – a combination of +1 to hit and the ability to re-roll wound rolls has devastating potential. 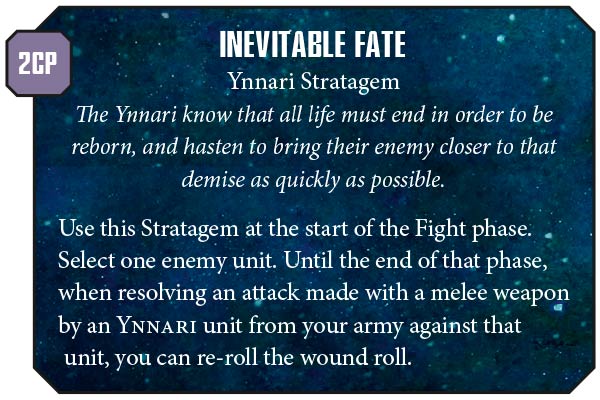 That’s just the start. Why not make the most of your advantage by activating United in Death* for a bunch of additional Attacks as well? 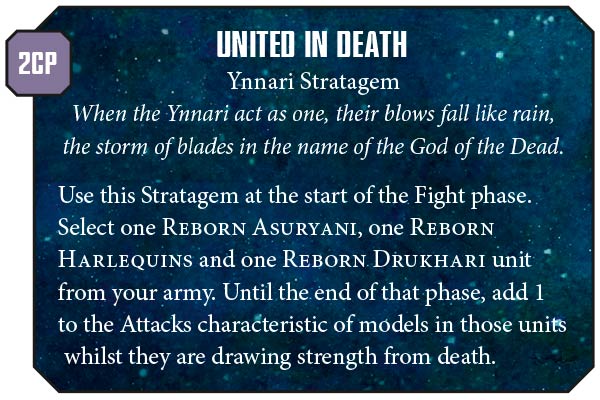 In addition to making use of a selection of bespoke Warlord Traits, Tactical Objectives and Relics of Ynnead, you’ll be able to channel the macabre powers of the Revenant discipline with your Ynnari Psykers (such as Yvraine, the Yncarne or an Ynnari Farseer). 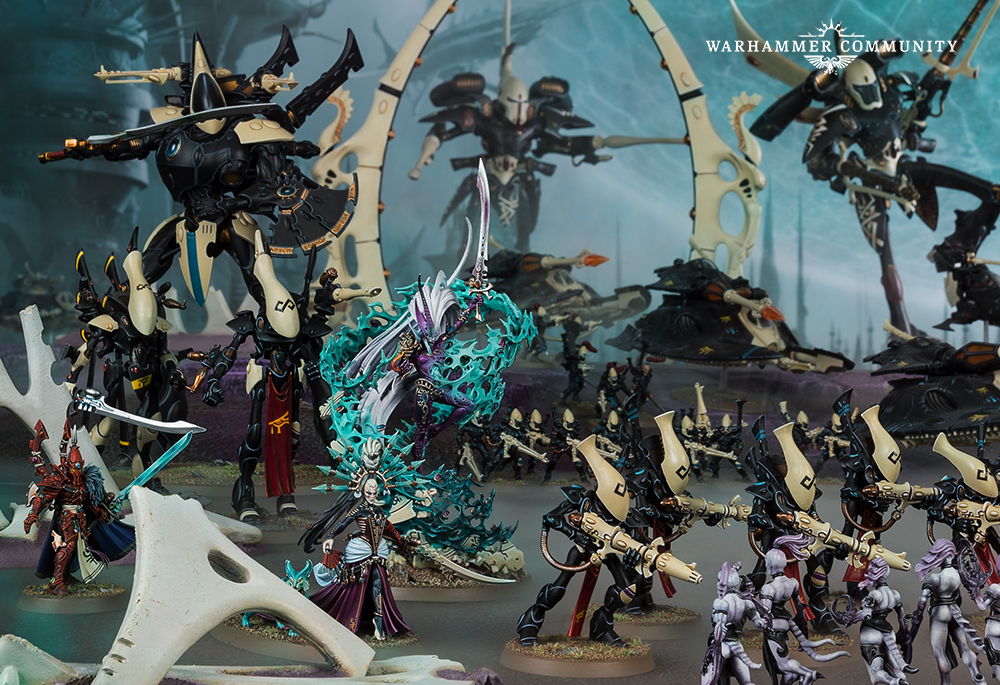 If you’ve just invested a whopping 4 Command Points on the combination described above, the last thing you want to see is a bunch of 1s on your hit rolls. Simply channel Ancestor’s Grace beforehand and you needn’t fear (m)any of those lovely Attacks going to waste! 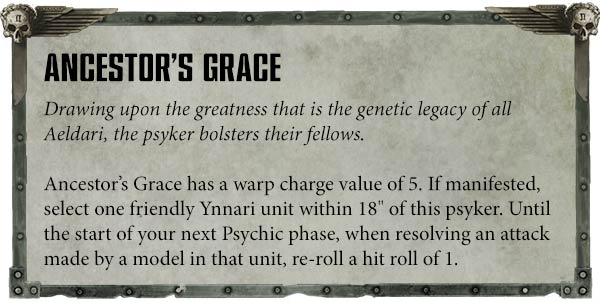 If, like us, you’re super excited to get your hands on a copy of Blood of the Phoenix and Phoenix Rising, you won’t have long to wait – they’re both available to pre-order tomorrow! In the meantime, why not grab yourself the Triumvirate of Ynnead to get your army ready to serve the Aeldari god of the dead?

* Craftworld, Drukhari and Harlequin units in an Ynnari Detachment change their keywords to Reborn.

← Signals from the Frontline #657: Psychic Awakening on the Way!
40K Stats Centre: Chaos can’t stop the hustle, and Disco lives on →

7 Responses to “Kickstarting Your Ynnari Collection”