Like Space Marines but don’t much care for the teachings of the Codex Astartes?* Well, brace yourself, as thanks to the efforts of the Warhammer 40,000 team, your Chapter of choice is about to be rewarded with loads of new units and many of the awesome rules featured in Codex: Space Marines as part of an official errata! Let’s take a look at some of the highlights…

Last week, we revealed which new units in Codex: Space Marines will be joining the ranks of the Blood Angels, Space Wolves and Dark Angels (and, in the case of the Repulsor Executioner, the Deathwatch too). Well, there’s more! In addition to the aforementioned Vanguard units and powerful vehicles, many of your existing units will be improved by additional rules and enhanced wargear profiles. 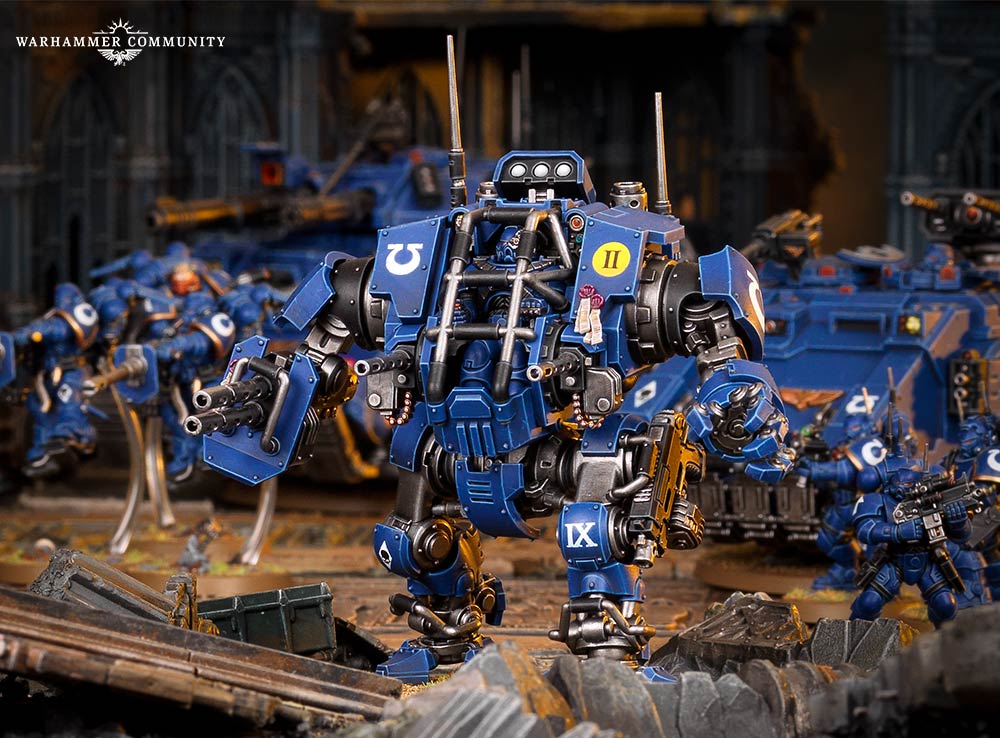 One of the most hotly anticipated improvements is that Drop Pods will now be universally exempt from the Tactical Reserves rule in matched play. Loyal Space Marines can once again live up to their epithet as the Angels of Death, crashing down from orbit into the heart of the battle, just like they do in the lore. Whatever happens, though, don’t forget about missions that use the rules for Sudden Death – not even Space Marines can win a battle if they’re not actually there! 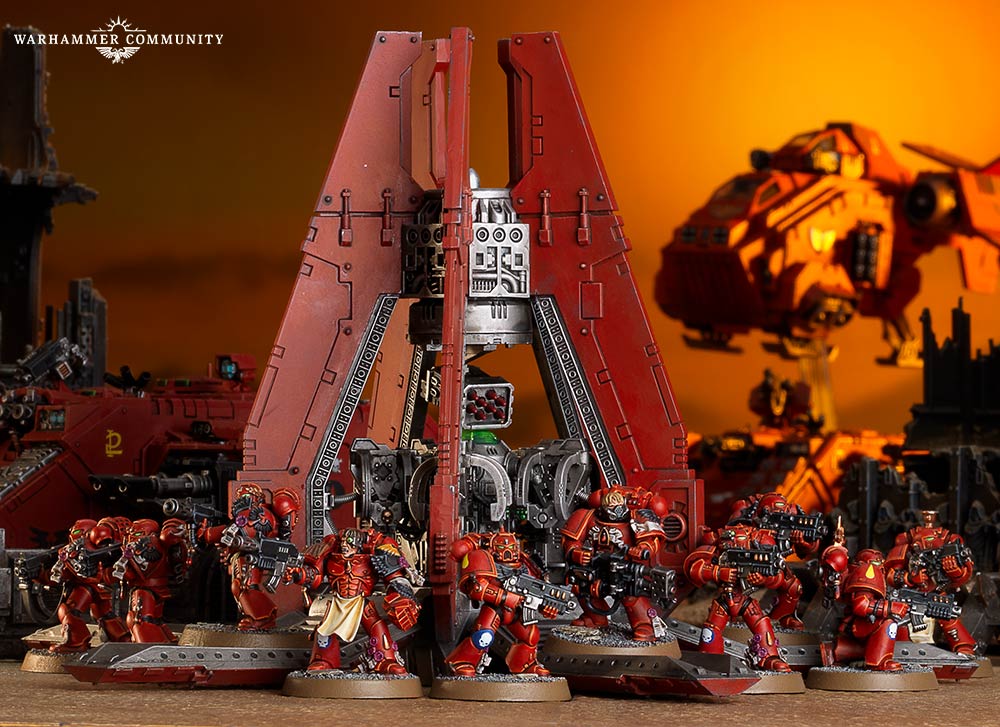 Another unit to benefit from some of the new enhancements is the Intercessor Squad. If you thought their standard bolt rifles were awesome thanks to the Bolter Discipline ability, auto bolt rifles are now Assault 3, while stalker bolt rifles pack an even harder punch at Damage 2. Whether you choose to sit back and snipe, advance while unleashing a steady hail of fire, or dart from cover to cover, guns blazing, Intercessors now have the tools and flexibility to blast apart the enemies of the Emperor with merciless fury. 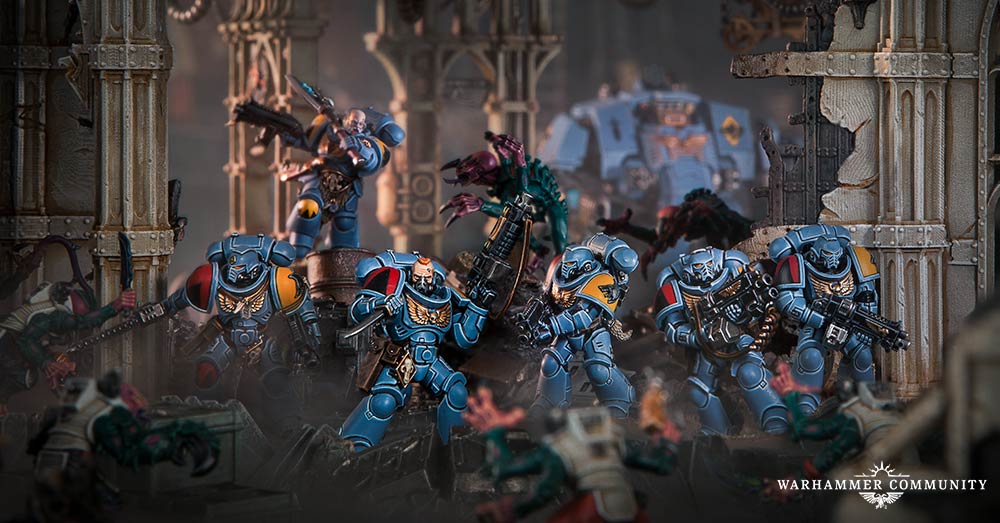 Other welcome tweaks include all Gravis-armoured models (such as Aggressors and Inceptors) gaining an extra Wound due to their hefty bulk, and flamestorm cannons benefitting from an improved range of 12″ – fans of the Baal Predator and Land Raider Redeemer rejoice! And, of course, all Adeptus Astartes will be gaining a bonus Attack in the first round of combat with Shock Assault. This will make powerful melee units such as Death Company and Wulfen deadlier still, while greatly increasing the overall hitting power of Space Marine armies in melee.

Today’s updates don’t just affect non-Codex Chapters. So far, only the Ultramarines and White Scars have their own codex supplements, meaning that there are some unique Characters from the previous edition of Codex: Space Marines – such as Captain Lysander of the Imperial Fists and Vulkan He’stan of the Salamanders – who no longer have in-print datasheets. You’ll be pleased to know that the full datasheets of these mighty heroes (including their updated matched play points values) are also available as a free PDF download. 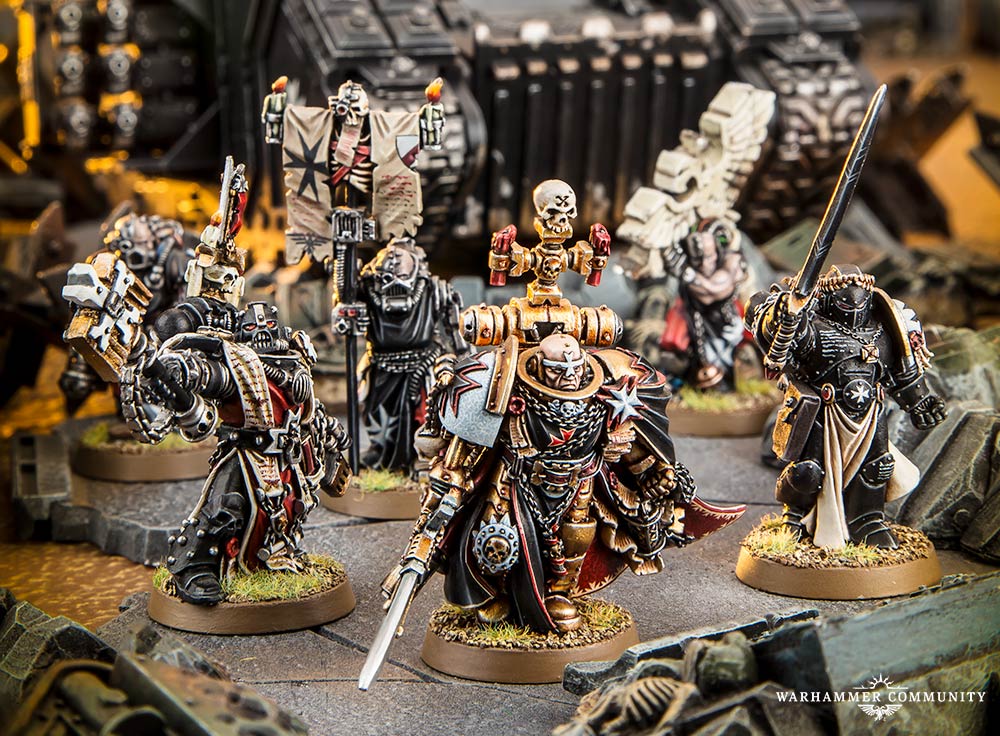 Finally, we promised that the Heretic Astartes would also be gaining the Shock Assault ability, but that’s not strictly true… they actually gain the Hateful Assault ability instead, though it works in exactly the same way!** Believe us when we tell you that Khorne Berzerkers are about to take extreme violence to a whole new level in the Fight phase… 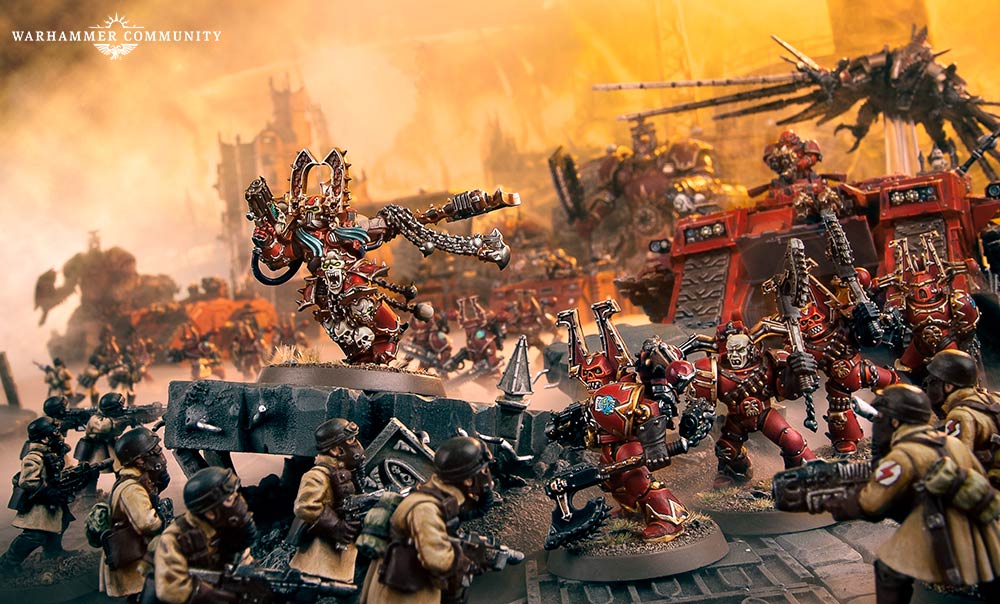 That’s enough of us ranting excitedly about these game-changing updates – download them below and see for yourself what lies in store!

All the updated abilities, wargear profiles and rules clarifications for non-Codex Adeptus Astartes Chapters and the Heretic Astartes – as well as their respective Forge World units – are included here.

This file includes datasheets for all of the unique Characters that are not in the new edition of Codex: Space Marines, as well as the Black Templars Crusader Squad.

The datasheets for the Vanguard units and vehicles from Codex: Space Marines that are available to non-Codex Chapters are included in this file.

Believe it or not, this is just the start of things to come. In addition to more codex supplements, there’s a little thing called Psychic Awakening on its way. We can’t say much more about it for the moment, but things are definitely about to heat up in the Era Indomitus…

In the meantime, if you favour a more traditionalist Chapter or a successor Chapter, remember that you can pick up the new Codex: Space Marines in stores worldwide tomorrow!

* Even though Guilliman’s ingenious organisational and strategic magnum opus arguably saved the nascent Imperium in its darkest hour? No? Well, we tried.
** But with loads more anger, bitterness and as much as 10,000 years of spite!

← Signals from the Frontline #650: New Space Marines Discussion
GW Grognard: You’re not the boss of me →