Your quarry awaits, proud scion of Chogoris. Ride the plain, bear the fury of the storm, give chase to your foes and put them to rout. Today, we take a look at the new White Scars Codex Supplement – let the hunt begin!

Since the days of the Great Crusade, the White Scars have been the Emperor’s outriders and huntsmen, placing enormous importance on lightning assaults. With the new White Scars releases, you’ll be able to take in the thrill of the chase and the joy of the final kill. 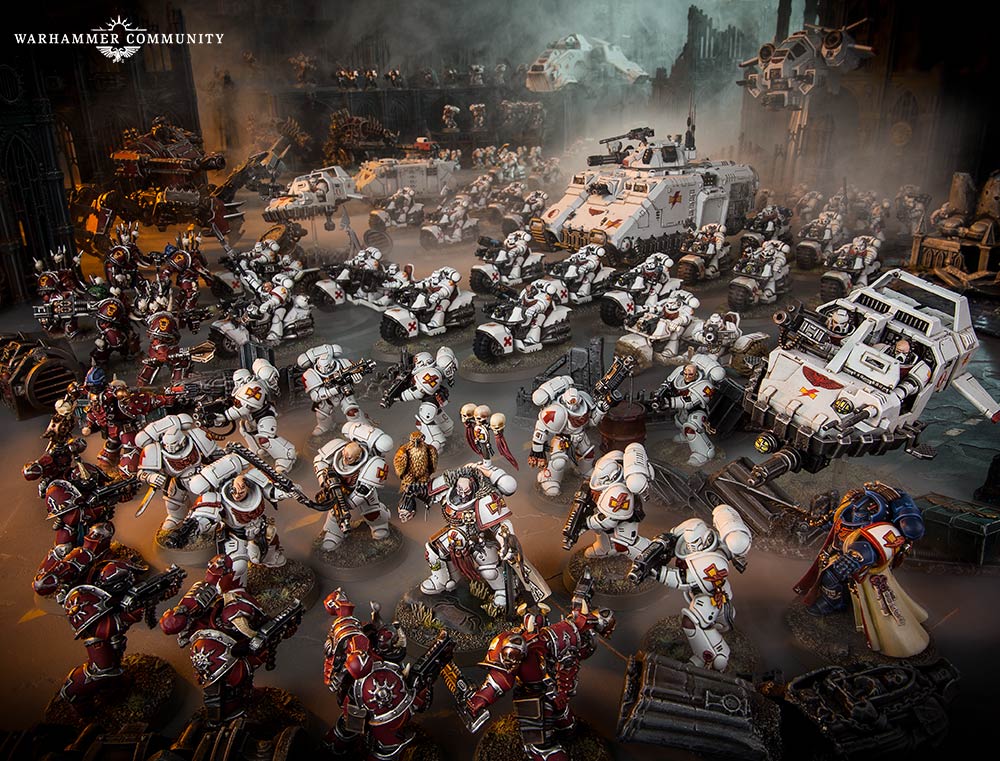 This is the definitive guide to the White Scars Chapter, packed with their history, culture and strategic organisation, along with bloody accounts of their glorious hunts across the stars. It features datasheets for units unique to the White Scars – a Khan on a bike and the Master of the Hunt, Kor’sarro Khan – and Chapter-specific rules for the White Scars and their successors. 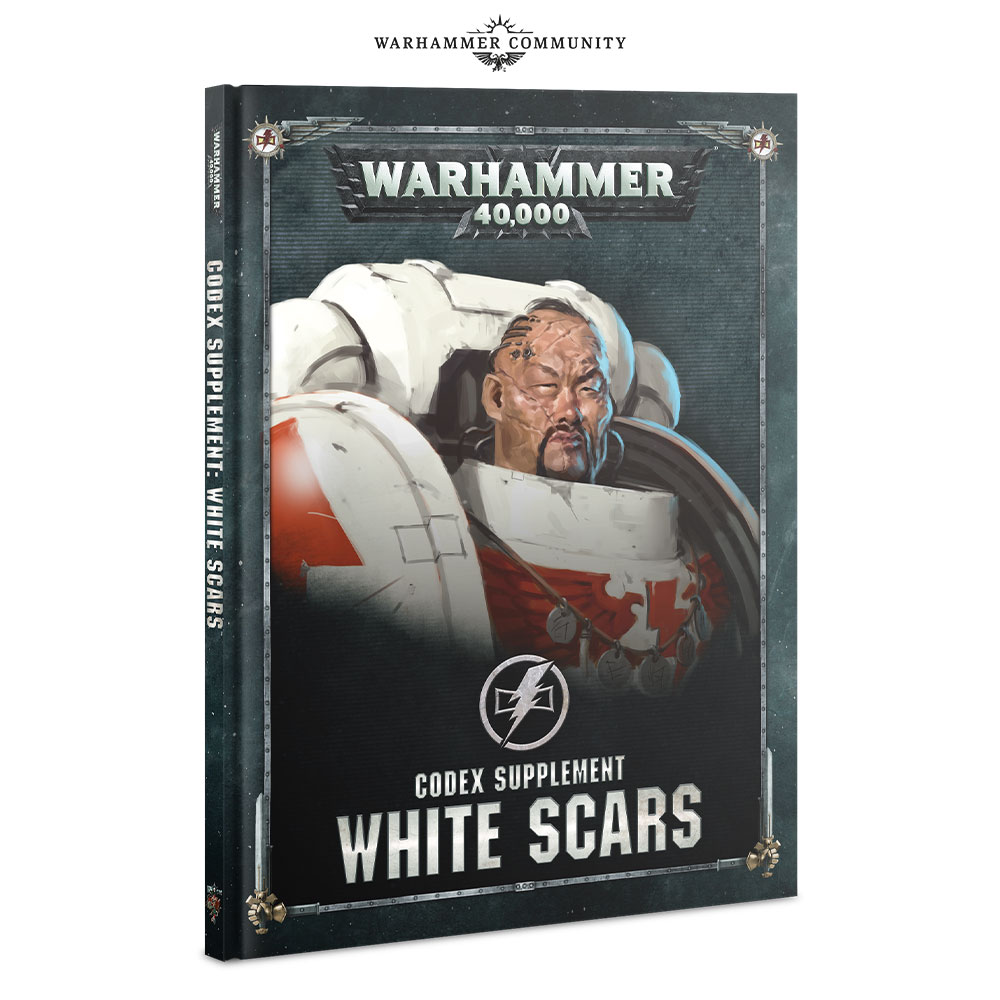 First up is a new rule that is ideal if you need to make a devastating charge – it’s called, appropriately enough, Devastating Charge! The Assault Doctrine already improves the Armour Penetration of Pistols and melee weapons by 1, and when it’s combined with this +1 Damage, you’ll absolutely annihilate even the most durable enemy units. 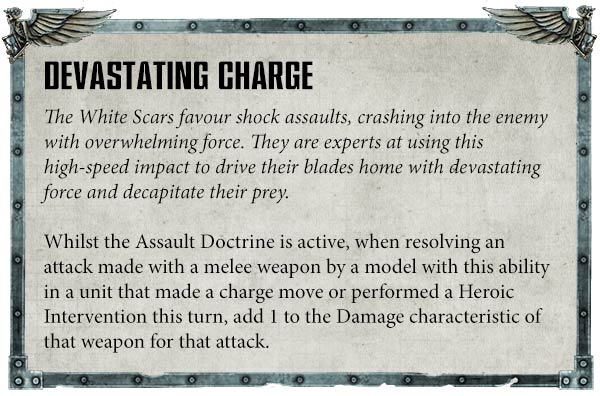 There are six Warlord Traits, distinct to the White Scars, that allow you to personalise the leader of your hunt. The Khans of the Chapter take great pride in slaying the Emperor’s foes, and Trophy Taker rewards you for taking down the most dangerous of prey. The only worry is whether you’ll run out of enemy Characters or space to display their heads first!

The Codex Supplement also contains a brand-new psychic discipline for the White Scars – the Stormspeaking discipline. White Scars Librarians, also known as Stormseers, are able to control the very elements themselves, using Lightning Call to bring down devastation from the skies and rack up the mortal wounds on an enemy unit. They’ll need more than an umbrella to survive this storm! 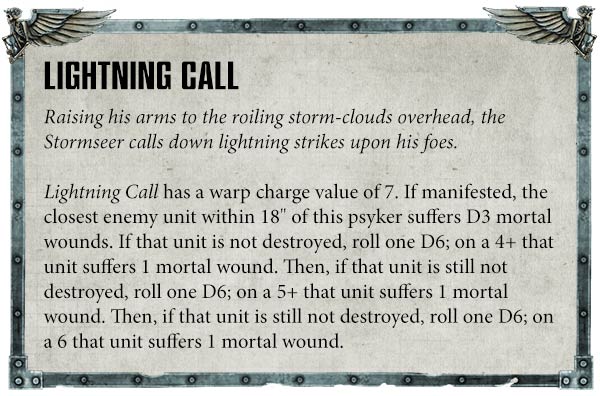 The vaults of Quan Zhou, the fortress-monastery of the White Scars, are filled with beautifully crafted weapons and equipment. This is represented by a series of unique Chapter relics, which can only be taken by the White Scars, and special-issue wargear, which can also be taken by successor Chapters. Make it easier to harness the power of the elements, so that you can strike down your foes, by equipping your Librarian with the Mantle of the Stormseeker, which makes it easier to manifest psychic powers. 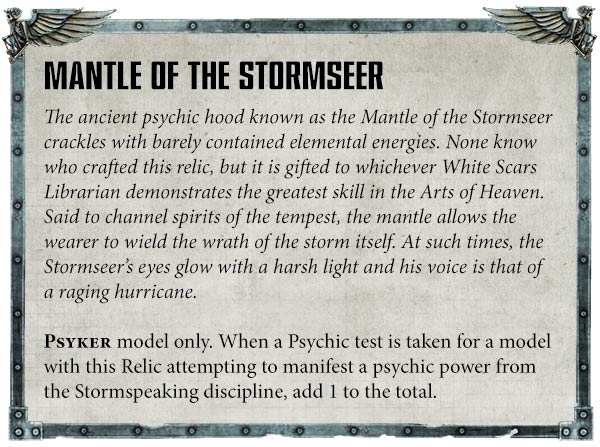 The book also contains a suite of Stratagems that reflect how the White Scars wage war. For example, their skill as riders is expressed by Born in the Saddle.* Along with the White Scars Chapter Tactic, this means a Biker unit can advance, shoot and charge in the same turn – a perfect example of the lightning-fast warfare that the Chapter is famous for.

This is just a taste of what’s in the Codex Supplement – it’s packed with everything you need to use an army of White Scars or their successor Chapters. Whether you’re a long-time fan or new to the hunt, you will cherish this book as much as a White Scar cherishes the open plain, the wind on their face and a blade in their hand. 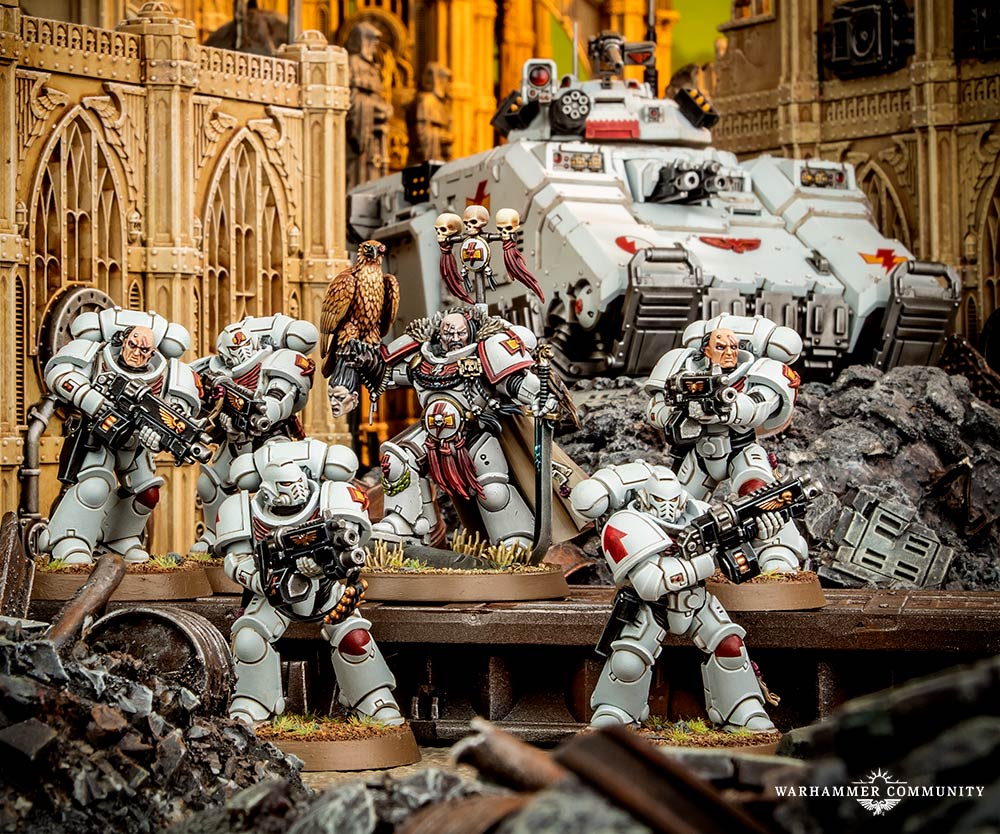 Captain of the third company, Kor’sarro Khan is known as the Master of the Hunt. This is no mere honorific, for he is tasked with tracking down those enemies who have escaped the vengeance of the White Scars. Over the years, he has brought the heads of scores of such foes back to Chogoris. Having seen the new Primaris Marines in action, he saw a chance to become an even deadlier hunter and so he demanded the opportunity to cross the Rubicon Primaris himself.

Filled with vitality following his transformation, Kor’sarro is not only hardier (with an extra wound) but he is able to make an extra attack in close combat. Combined with the new Shock Assault rule that all Space Marines get, he has an impressive six attacks on a turn he charges, is charged or performs a heroic intervention.

The Master of the Hunt still carries his signature blade Moonfang but its rules have had a little tweak. Now with +2 Strength, he can more easily cut through any chaff that tries to keep him from his prey, while re-rolls against Characters mean that he remains a superlative hero-hunter.

Kor’sarro is now accompanied by the cyber berkut Anzuq, a gift from the Chapter Master Jubal Khan. He can loose this hunting hawk upon a target, softening them up before the inevitable charge.**

If you want to lead your White Scars across the plains, hunting down enemies in the name of the Khagan and the Emperor, taking their heads as trophies and returning to Chogoris in triumph then you need Kor’sarro Khan.

Codex Supplement White Scars and Kor’sarro Khan are available to pre-order this weekend. In the mean time, make sure that the Master of the Hunt has some warriors to lead in pursuit of his quarry by picking up a squad of Primaris Intercessors.

* This is impressive as it’s notoriously difficult to give birth on a horse.

** Anzuq is also very good at keeping down the rodent population in the fortress-monastery.

6 Responses to “Space Marines Preview: Sons of the Great Khan”