REVEALED at the UK Games Expo 2019 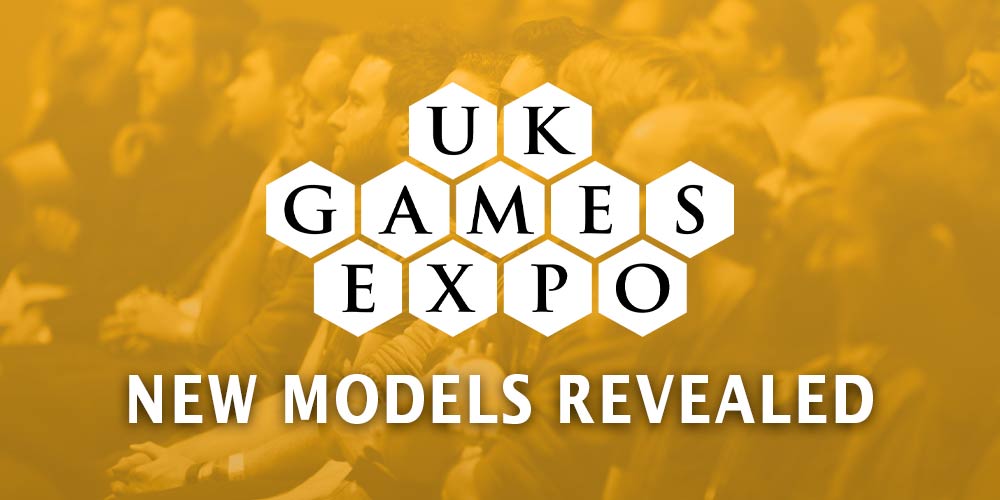 We’re using this year’s UK Games Expo to exhibit some shiny new stuff for a variety of games, showing off the latest killers making their way to the underhive, a new Blood Bowl team, a Warcry warband and, last but very far from least, the next chapter for Warhammer Quest: Blackstone Fortress. If you’re at The UK Games Expo, come say hi and check them out – otherwise, sit back and enjoy the awesomeness right here…

In Necromunda, law enforcement isn’t so much a thin blue line as a very thick grey line being used to cave in the skull of any ganger who dares to look at you funny. Meet the Palanite Enforcers!

Sure, gangs are fun – but sometimes, you just want to smash some underhivers in the name of truth, justice and more-generous rations of corpse-starch. The Palanite Enforcers offer you the chance to bring the underhive’s notoriously brutal branch of law enforcement to your games of Necromunda, with deadly results. 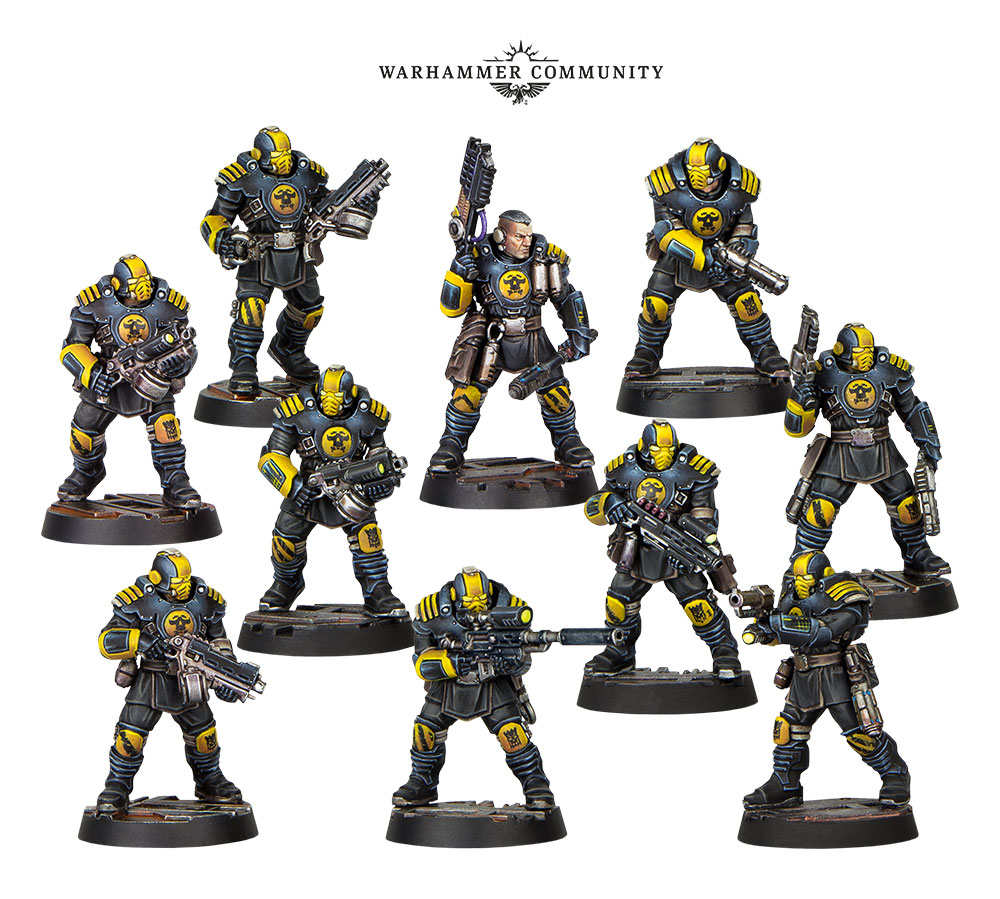 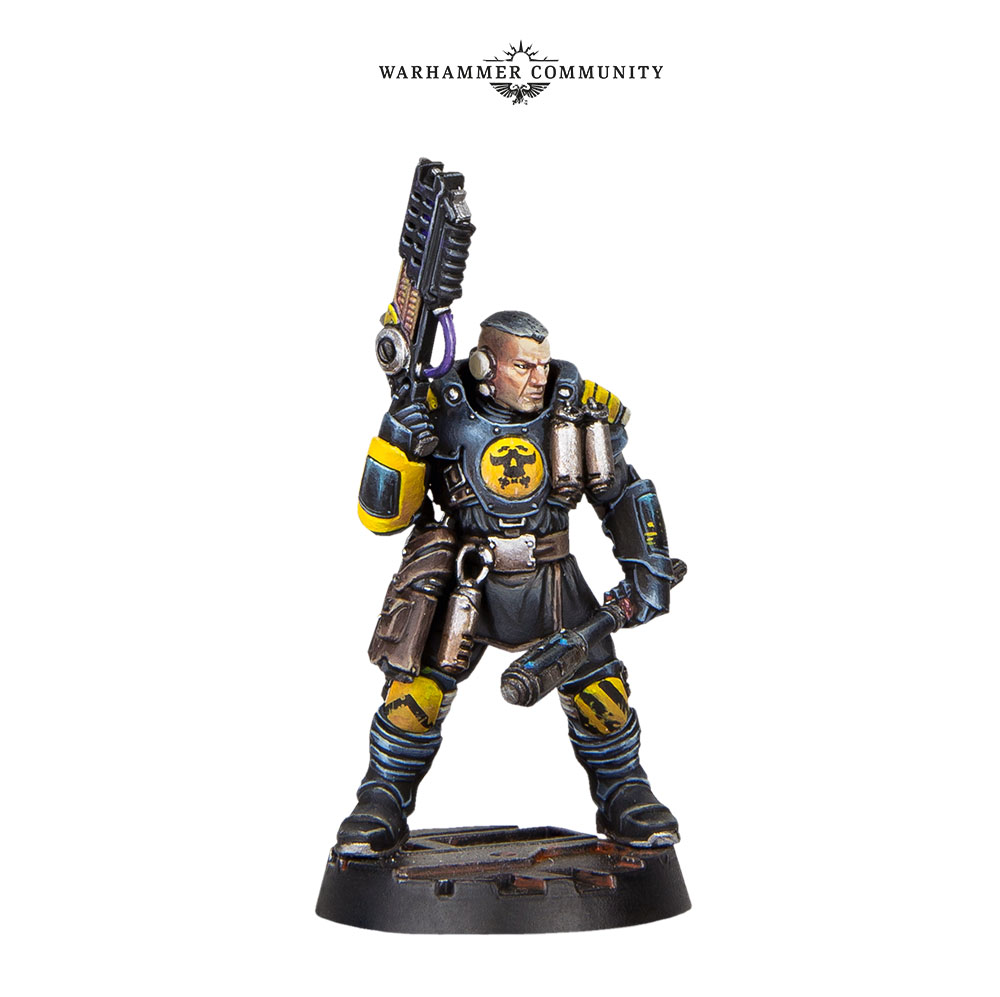 The new Palanite Enforcers kit is just as packed with options as the Necromunda gang sets, letting you bring your patrol to life with a vast range of weapons – from shock batons to shotguns, and even bolters. These guys have been redesigned from the ground up to capture the classic feel of the Enforcers while modernising them and tying them into the world of Necromunda and the 41st Millennium – you’ll notice their gear contains design elements from other Imperial forces while maintaining a brutal feel of its own. 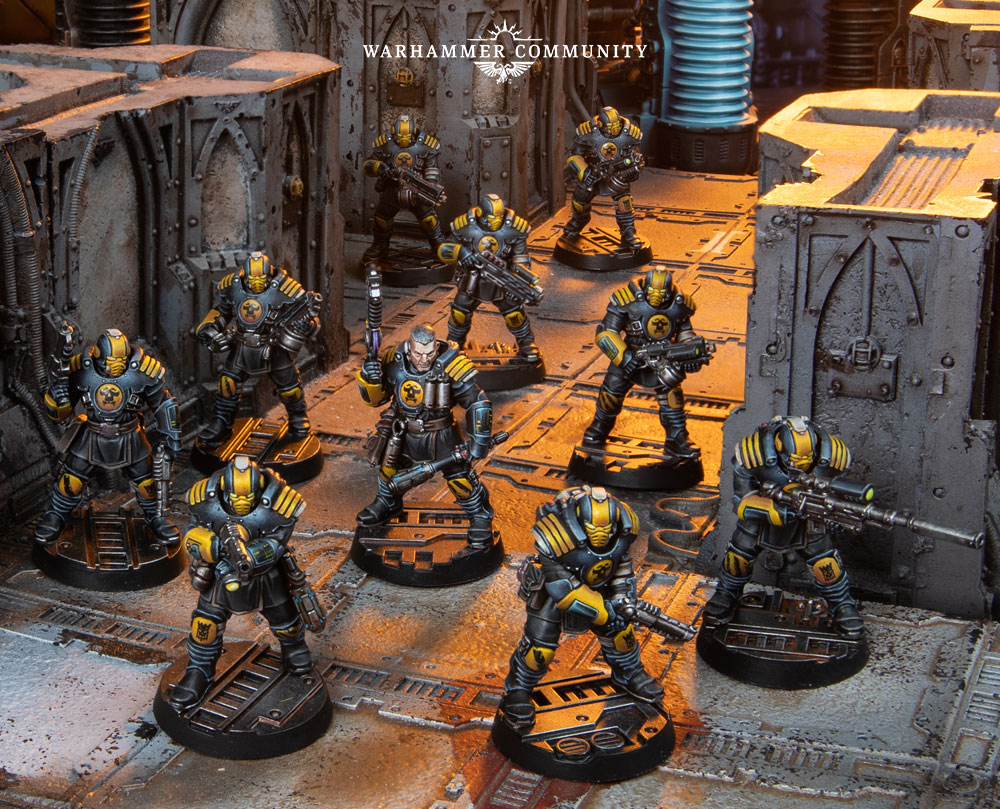 As teased at Warhammer Fest, the Wood Elves are back with a vengeance! For those of you new to the game of fantasy football, the Wood Elves are one of the game’s most rewarding teams, allowing you to weave through the opposition’s line of scrimmage with impunity. If you’re looking to make impossible passes, breach the most impregnable of cages and score frankly ridiculous touchdowns, this is the team for you! 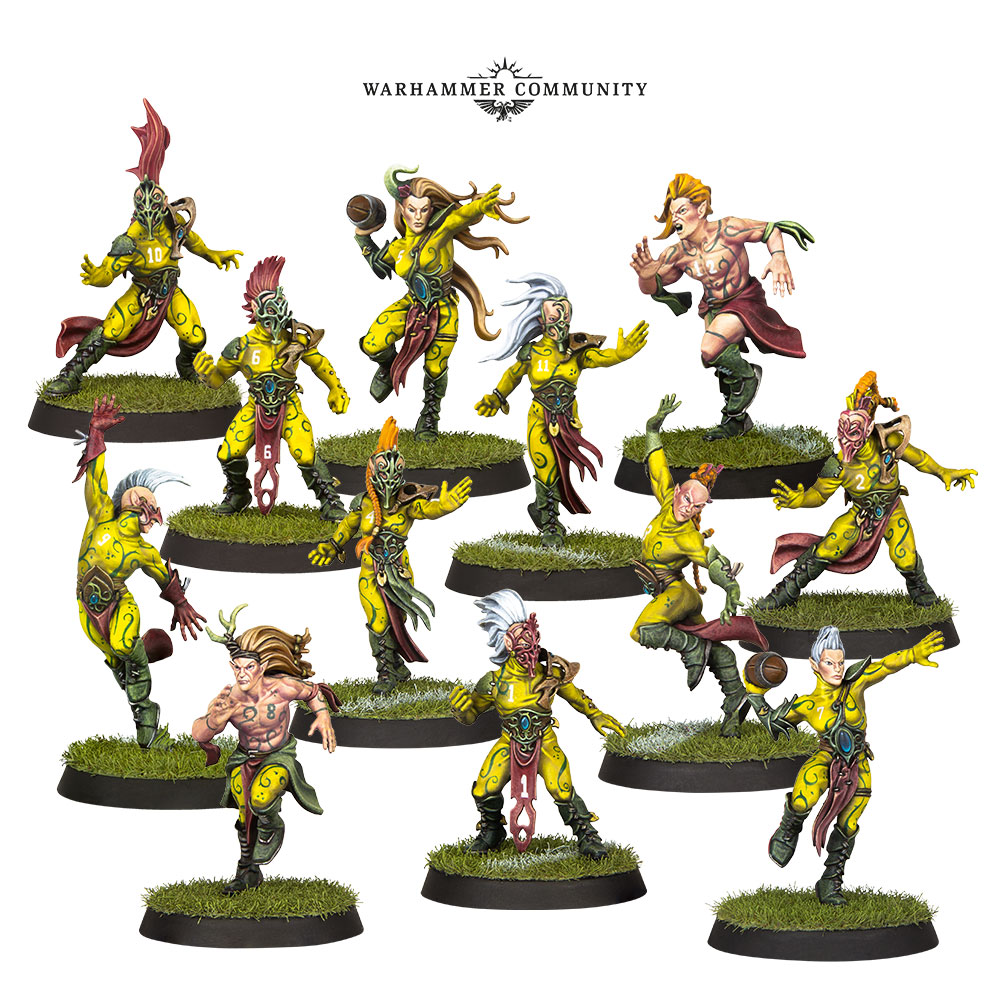 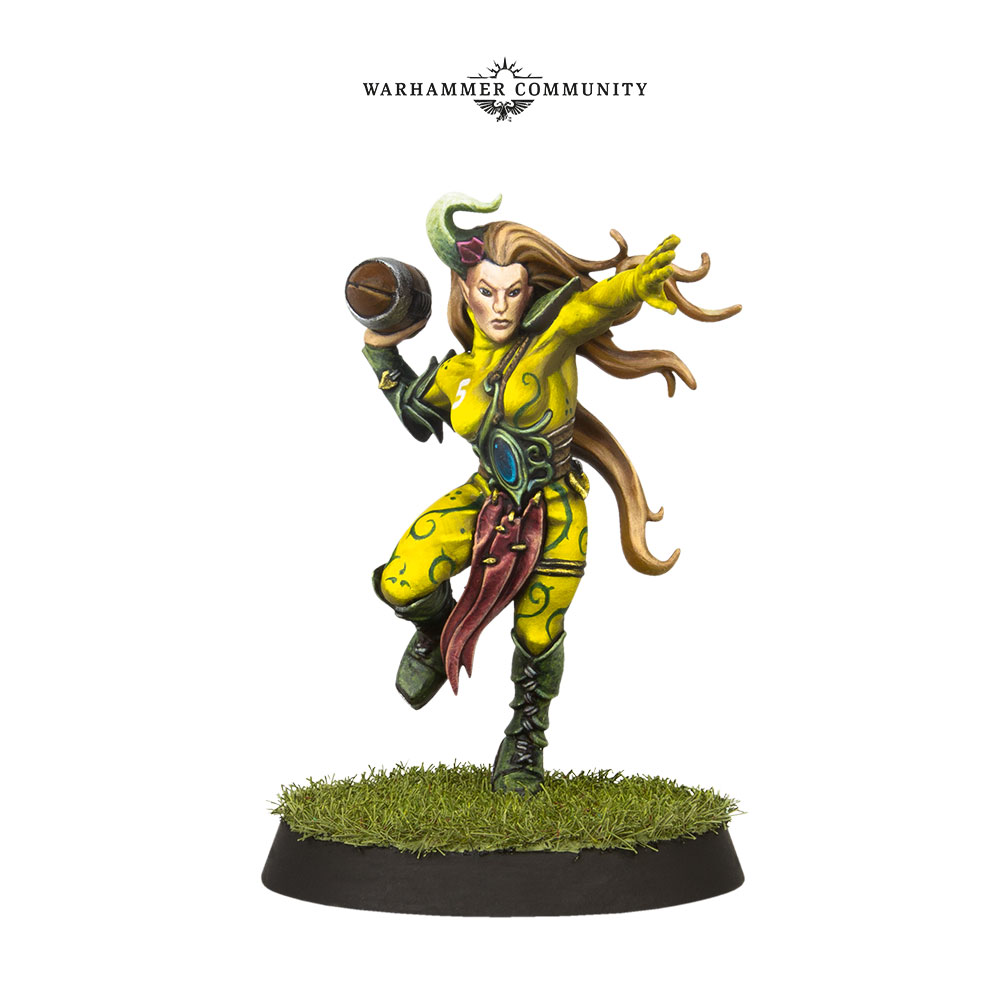 This kit is one of the most customisable in Blood Bowl, packed with optional heads and faces that let you personalise your team to your preferences. It combines the classic Wood Elf aesthetic with novel and eye-catching details like their organic armour.

So far in Warcry, we’ve met the brutal Iron Golems, the ferocious Untamed Beasts, and the insidious Splintered Fang, each providing a fresh new perspective on the followers of Chaos in the Mortal Realms – and some awesome new models! Now, the time has come for another warband to be revealed…

Meet the Corvus Cabal – a shadowy pack of murderers hailing from Ulgu. These guys worship Chaos as a vast, black-feathered bird known as the Great Gatherer, offering trophies stolen from their victims to this strange deity. The Corvus Cabal have come to the Varanspire to seek the patronage of Archaon, who they see as an avatar of the Great Gatherer. They use stealth, guile and unnatural cunning to claim victory in the Bloodwind Spoil. 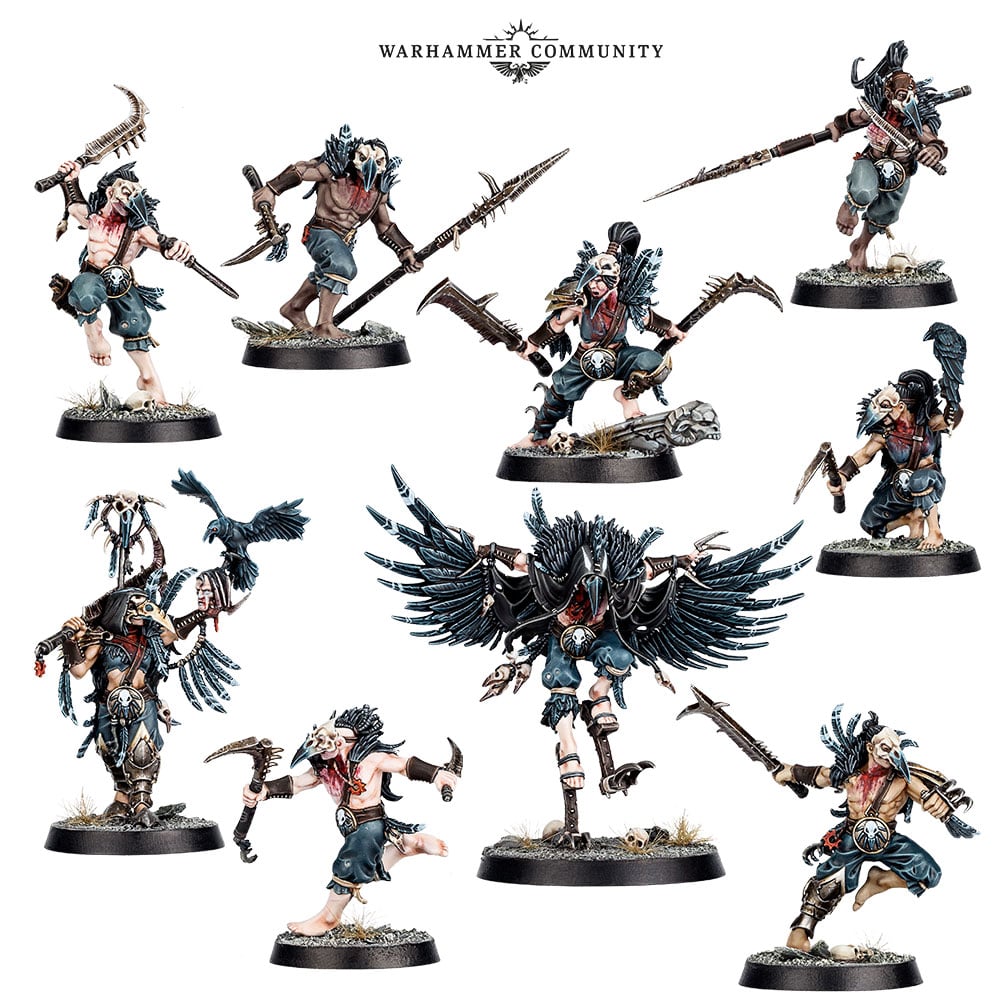 You breached the Hidden Vault, you conquered the lair of the Dreaded Ambull, but that was far from the end of your adventures…

Escalation is the thrilling next chapter in the story of Blackstone Fortress, pitting you against a threat not just to Precipice, but to the Imperium itself. In this latest expansion, Obsidius Mallex has gained control of a portion of the alien space station’s apocalyptic power, and now threatens to bring it to bear against his foes. Before, you were battling for treasure – now, you’re fighting for survival. 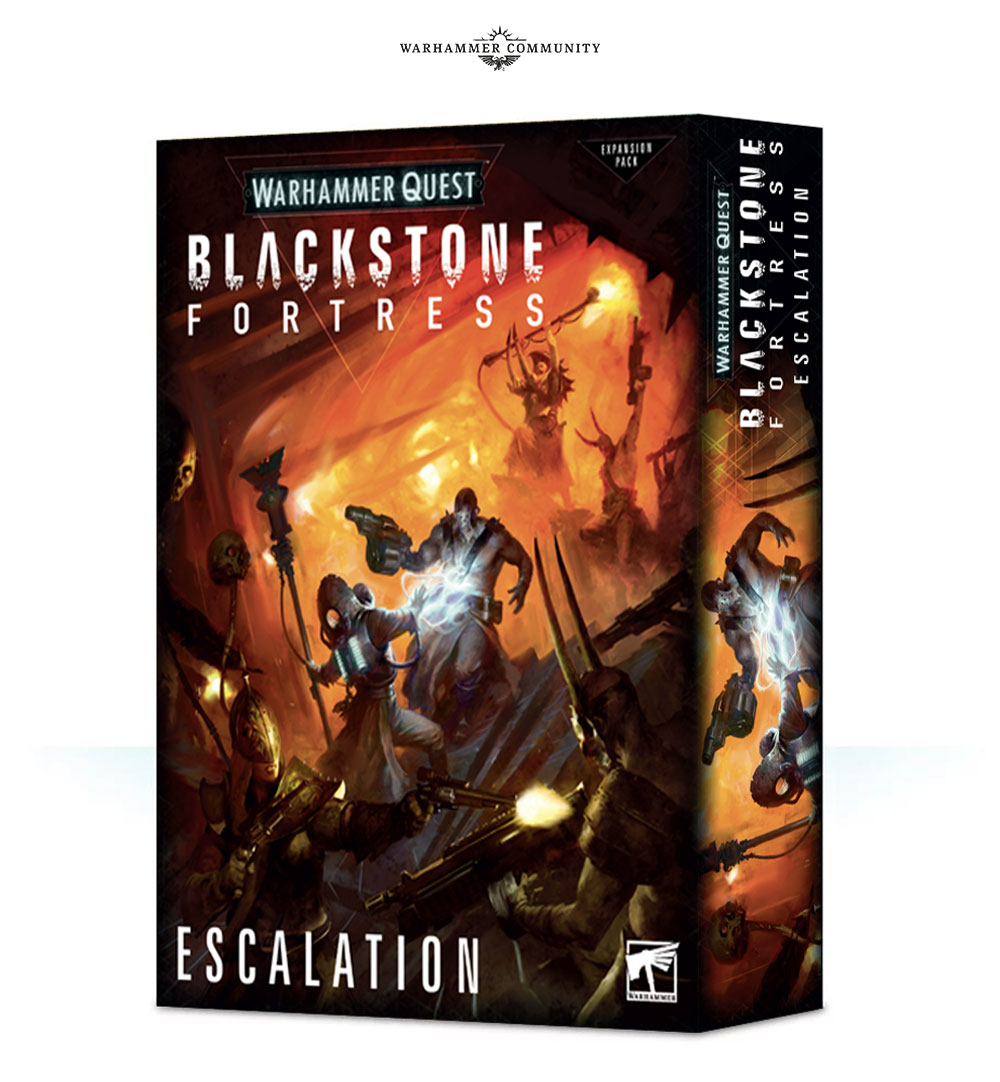 Like the Dreaded Ambull before it, Escalation offers a new quest for Blackstone Fortress. However, the quest for the sinister Black Shrines offers new twists on the core gameplay of Warhammer Quest and promises to be a challenge for even the most seasoned pack of adventurers. 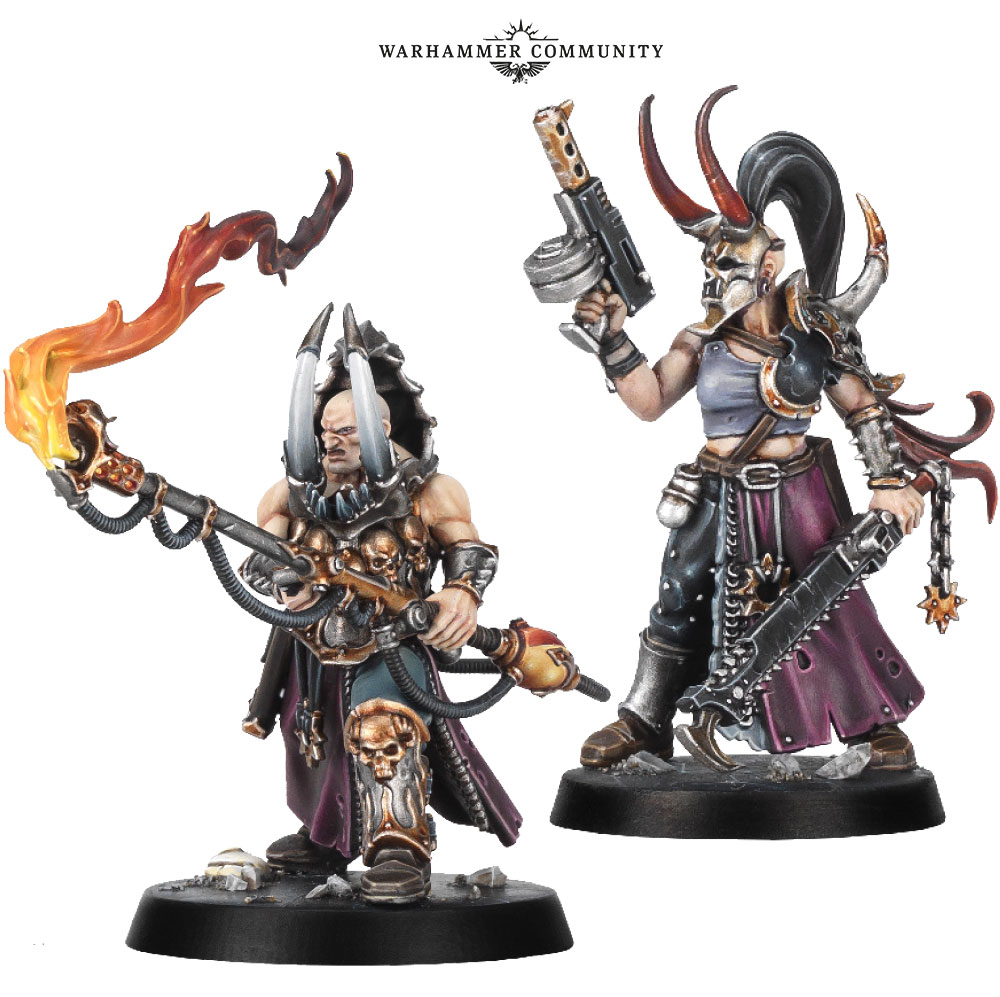 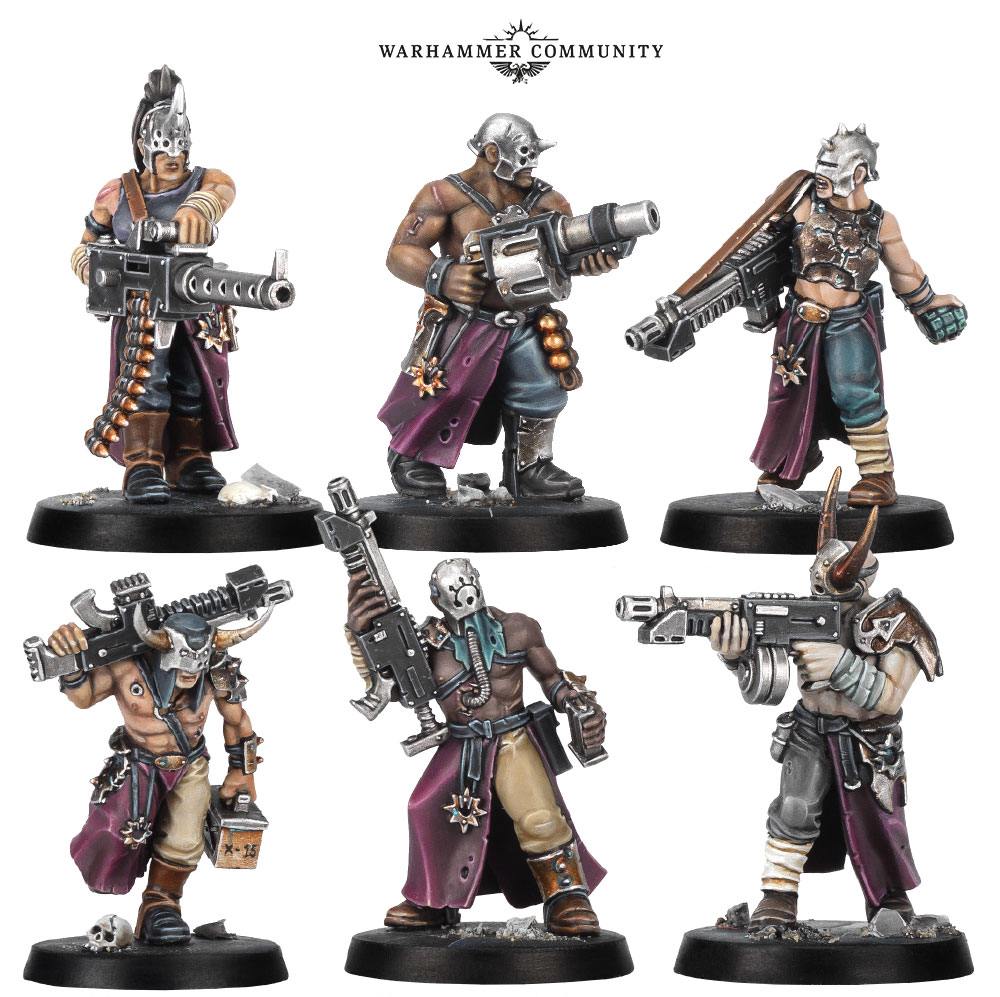 You won’t be going in alone, however. Escalation brings four new Explorers to the game (and one very loyal Servitor!), offering you new options for your adventures and allowing you to own some iconic characters in plastic, like an Adeptus Ministorum Crusader and Primaris Psyker. Escalation will be the first time fans outside of the USA can get their hands on these models (if you’re in the United States, you’ll also be able to track them down in the Combat Arena game).

It’s not just the good guys* getting some reinforcements, but the Servants of the Abyss, with a brand new set of cultists, led by a literal Firebrand. These guys feature a more occult and barbarous aesthetic than their Traitor Guard brethren from the main set, helping shed some light on the dizzying diversity of the Slaves to Darkness.

Looks like the next few months are going to be very exciting indeed! Make sure to stay subscribed to the Games Workshop newsletter for updates on when you can expect to see these new sets on shelves near you, and let us know what you’re looking forward to most on the Necromunda, Blood Bowl, Warhammer 40,000 and Warhammer Age of Sigmar Facebook pages.

* Well, as good as a group of ultra-theocratic loyalists to the Imperium can be.