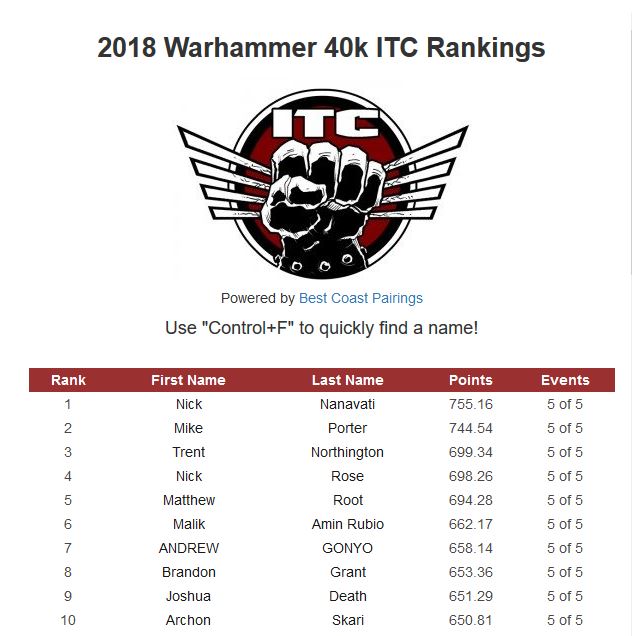 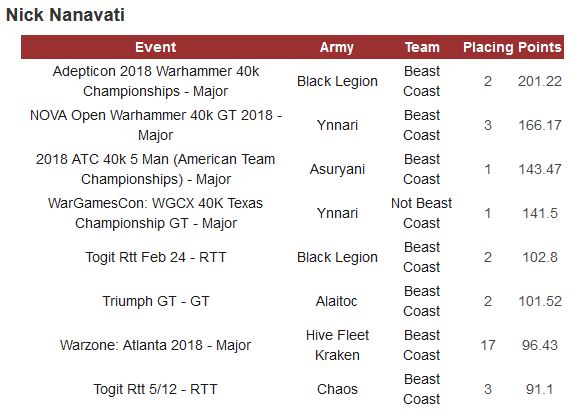 Nick’s not only a great champion, but also seems to be a really nice guy. It’s a tremendeous job all of you guys that write articles, make videos and podcast do for the community and as a way to attract new players. Thanks!

I agree, he is a good guy along with being a great player. Makes him a fantastic ambassador for the game and the competitive scene in particular.

He is very nice and funny. Gets up to some crazy shenanigans at times, but they’re largely harmless. I’m happy to see him making a run at pro 40k and making it work!