GW Grognard: Take this test to find your TRUE self!

You are here: Home › 40K › Editorial › Review › GW Grognard: Take this test to find your TRUE self!

Hey everyone! Adam, from TFG Radio, here to inform you on just who you are! 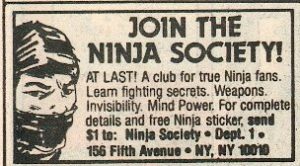 Sent in my dollar!

Hello once again! As the Warhammer 40K game expands it’s player base, and also with the increase of it’s presence on the internet, we are seeing a lot on info about the various armies. Facebook, especially, has given us the opportunity to talk with players from around the world that play the same armies. We are able to exchange ideas on how to paint, play, and build our favorite armies. Another aspect that people talk about is list design. This is where we get the dreaded “netlist” from, but also is a way for people to bounce ideas off others outside of their normal circle of friends. One thing people should really understand about themselves, however, is what kind of player they are in regards to building, and playing, with an army list. In that regard, there are three types of players: The Creator, The Pilot, and The Hybrid. 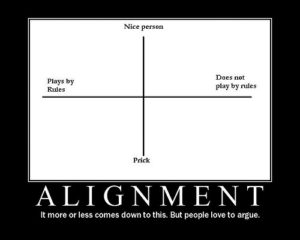 First off, we have The Creator. These are people that can easily see The Matrix* of a new codex and begin to make effective lists, and unit combos, almost from the start. They usually have a very good grasp of the rules and the potential that each combo they create can perform. They love talking lists, numbers, probability, and other such concepts, all the time. The problem, usually, is that, although they come up with sound lists and tactics, they fail to perform on the tabletop. Whether its the heat of the moment, general absentmindedness during games, or they just plain overthink things, The Creator, many times, is unable to make the list work to it’s full potential. Sure there are signs of brilliance during a game, but the inconsistency of the player, not the list, sometimes leads to people thinking that the list is the problem.

Next we have The Pilot. This player usually doesn’t make their own lists at all. Almost the definition of a netlister, they take lists that they have seen other Pilots, or Creators, and start using them. Many times they will make small adjustments to the list, to add their own little touch, but it will not stray too far from a solid list to begin with. The better pilota are players that are really good to begin with, so they can almost take any strong list they find on the internet and make it work. As in life, their are good and bad pilots. As such, just because you consider yourself a pilot, doesn’t mean you’re a good pilot**. 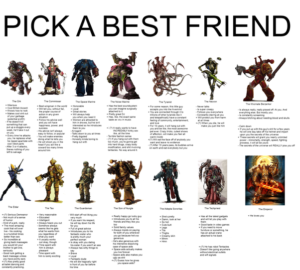 Last, but certainly not least, we have The Hybrids. These are players who are both Creators and Excellent Pilot, surprise, surprise. They are able to create wholly unique armies, and pilot them well, or are, maybe, the first to think of a unique idea, or play style, and win with it. There are not many people that I would consider Hybrids. These are unique individuals that are able to truly see the Matrix of a codex and seemingly squeeze the codex for all it’s worth. they are always changing and tweaking their list, with very little performance drop off due to lack of practice time. A very good example of a Hybrid player is Sean Nayden. He plays very unique lists that seems as if he is the only one that can fully utilize, as pther players don’t do as well when they try to imitate his winning list. 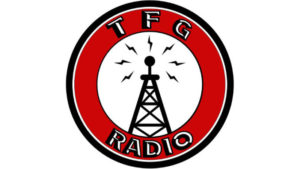 Well there you have it. I, myself, am very a much a Pilot. As to how good is up for debate. So take a good look at yourself and figure what category you fit in. Or, better yet, as your fellow players what they think the type of player you are, you might be surprised.

That’s all for this week, I hope you enjoyed the read. Let me know your thoughts, and what type of player you think you are, in the comments section. Don’t forget to visit our Facebook, Twitch, and Patreon pages to stay up to date on what we’re up to and when episodes drop!

* I may re-post that article at a future date

**Most people are pilots, by the way

What about those of us who aren’t very good creators or pilots?

You’re one of the 10 million players who aren’t playing at the highest level. After all fewer than 8k played ITC last year. Match Play get the news headlines BUT it’s the millions of players in bedrooms and garages who keep GW in gold.

10 million? I’ve always heard 1 million GW players globally. Where did you get that figure or did you just guess at it?

And fewer than 8k participated in the ITC? Sheesh dude, lol, that is a massive accomplishment that represents years of hard work. Way to undersell it, haha.

Jokes aside though, yes, far more people play casually than competitively. We’ve always known that to be true. That said, while a relative minority of the overall gaming populace, the gamers engaged in the social aspect of it, pushing it forward in social media, in the game stores being tournament, league and campaign organizers, etc. are some of the largest drivers of it. And while many folks may come in to a store, find out about it, then go back home and play in the garage, they’re usually introduced to it by one of those passionate few that are in that minority of very active gamers of which the competitive crowd is a very large part. So, I wouldn’t undersell the impact they have on recruitment and pushing the hobby forward. Just like pro sports represents a very tiny fraction of athletes in the world, they have an inordinately large impact on athletics in general. Or, similarly, very few people play League of Legends or Counterstrike seriously/professionally but there’s a reason why the companies making those games poor money into that relatively tiny percentage of their customer base: because it has a very large impact on the overall game, company and on sales.

I am a hybrid. I design my own lists. I do have a group of players in our area that I bounce ideas off of. I only play 1-2 tourneys a year but I have 28 years in the game. I still make mistakes but I learn from and get better at the game. I like playing competitively but enjoy Apoc as well as friendly games.