These articles were originally published on the Warhammer-community site. You can purchase these models at a discount through our web-cart!

Welcome to Clan Fokus – a new series on Warhammer Community where we’ll be taking a closer look at all the new Clan Kulturs in the new Codex: Orks. These powerful special rules let you tailor your play-style and offer huge benefits to nearly every unit in your army. We’ll be previewing a new Clan Kultur every day this week – continuing today with the Blood Axes.

Careful planning. Patient observation. An innate grasp of tactics, strategy and the finer arts of warfare. If they were anything other than Orks, these traits would mark the Blood Axes as natural leaders for their race – instead, their blatant disdain for the traditional art of running at your enemy and yellin’ has turned them into outsiders.

Blood Axes are kunnin’ Orks who welcome strategic experimentation and are altogether more sensible than other greenskins. They’re happy to quietly sneak up on their foes, lay ambushes or even wear camouflage. That’s right – camouflage!

Some Blood Axes will even work as mercenaries for particularly desperate and heretical Imperial commanders (though this is usually as a pretence to grab some humie guns, then promptly turn them on said ’umies). But how does the Blood Axes clan’s somewhat un-Orky grasp of tactics play out? 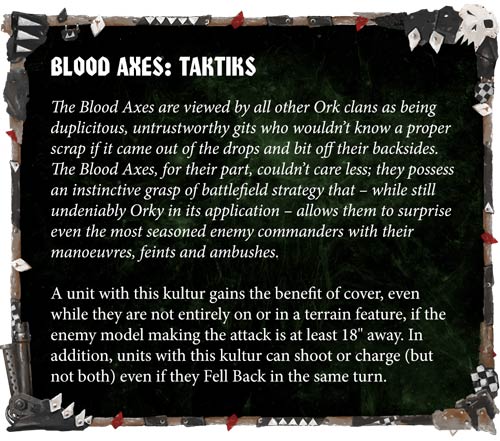 The Blood Axes have a fantastic Clan Kultur that means that, as long as you’re far enough away from the enemy, you’re effectively in cover, offering anything from your Boyz to your vehicles a much-welcome boost to their saving throws. Should you want to get up-close and chop up your opponents, you’ll be able to slip in and out of combat at will to shoot or charge again. 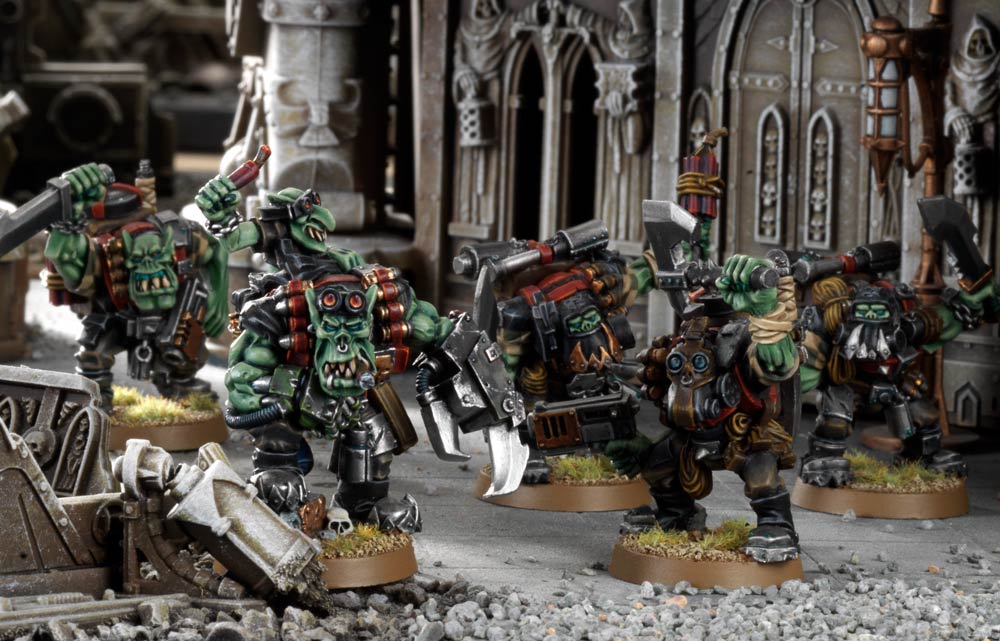 Not only is Boss Snikrot an absolute beast in combat, with a Warboss-level profile and the ability to make nearby units of Kommandos even more fighty (representing his infamous Red Skullz), but the new ability they share, Throat Slitta(s), is brutal – especially when considering that all Orks are now at least Strength 4.

Another point to consider is their shared Kunnin’ Infiltrator(s) ability. While this allows them to set up in hiding to help get the jump on the enemy, they need not do so alone thanks to this handy Blood Axes Stratagem: 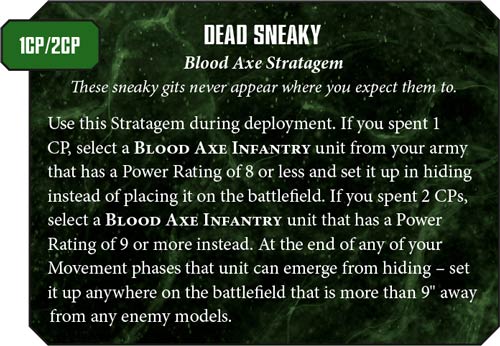 That’s a lot of potentially big or powerful units that can emerge from hiding to really bring the pain to your opponent – Nobz or Meganobz, we’re looking at you! And, of course, you’ll get to re-roll the ensuing charge dice thanks to their ’Ere We Go ability. Kunnin’ but brutal, right there. 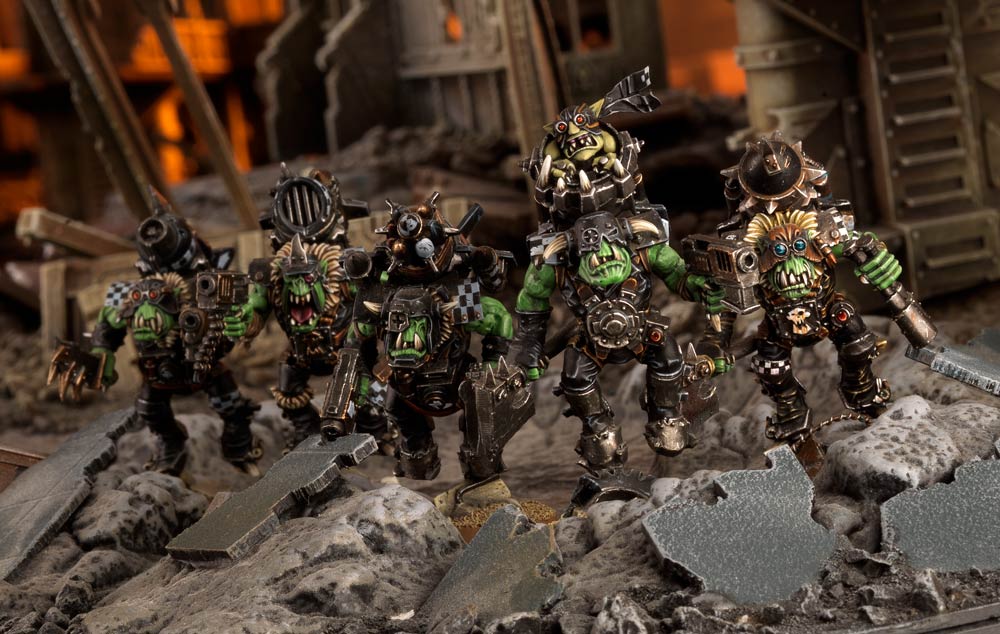 Stormboyz are simply brilliant in a Blood Axes army. Already a staple of some of the most successful matched play Orks lists, these rocket-pack wearing boyz are about to get a lot better thanks to a new ability that lets them drop in like other jump-pack users. 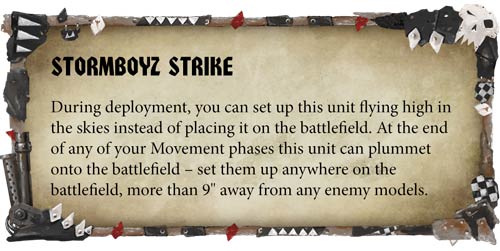 With the Blood Axes, you’ll want to drop in, charge, then retreat and charge again at the first opportunity. While you’ll be risking enemy Overwatch again, it’s usually worth the risk for the ability to fight first in combat. Just make sure the enemy unit isn’t armed with flamers of any kind before you do so – Blood Axes are far too kunnin’ to fall for that!

You can pre-order all these sneaky new rules in Codex: Orks right now, alongside a host of new buggies – get yours online today. And whilst you’re at it, why not grab Boss Snikrot and some of his (Red Skull) Kommandos? After all, you don’t want to upset him. He could be standing right behind you…

Welcome to Clan Fokus – a new series on Warhammer Community where we’ll be taking a closer look at all the new Clan Kulturs in the new Codex: Orks. These powerful special rules let you tailor your play-style and offer huge benefits to nearly every unit in your army. We’ll be previewing a new Clan Kultur every day this week – finishing today with the Freebooterz… 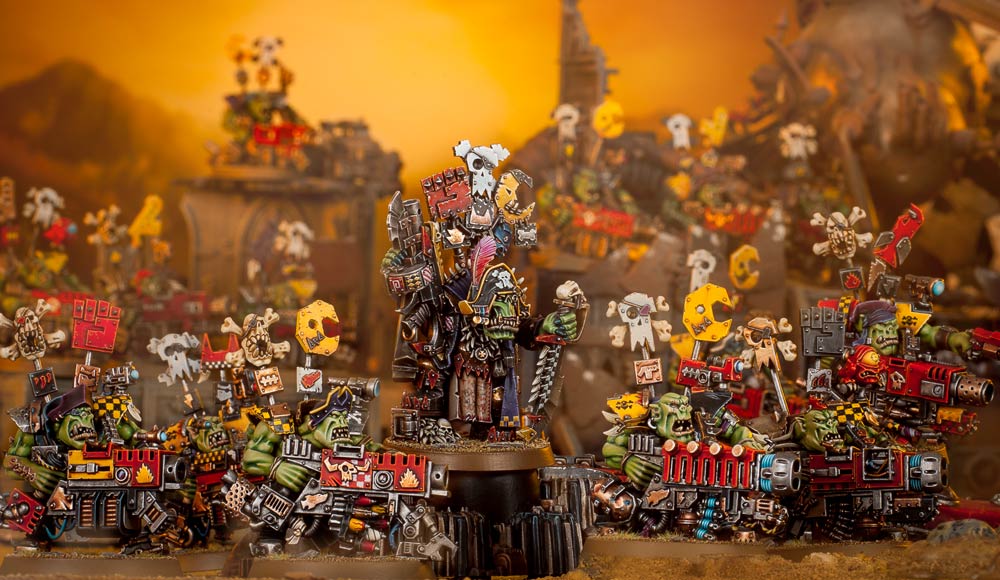 Amongst the Orks, there are those who wander without clan or tribe, forging their own path between the stars. Some are the survivors of calamitous disasters that killed their mates, while others are eccentrics exiled by choice or by force from their peers. Gathering in roving hordes known as Freebooterz, these Orks turn mercenary, terrorising space, hiring themselves out to other Ork warbands and dressing even more outlandishly than ‘ordinary’ Orks. 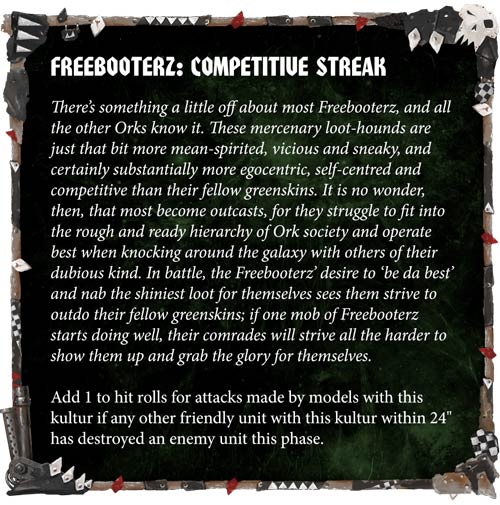 Ork shooting has benefitted greatly in the new codex thanks to the extra shots generated by their Dakka! Dakka! Dakka! ability, but it can be especially effective in the hands of the Freebooterz. With this Clan Kultur, you’ll be able to get your units firing with something approaching accuracy after you’ve wiped out a nearby unit – a much easier task with units like Flash Gitz on your side! Speaking of whom… 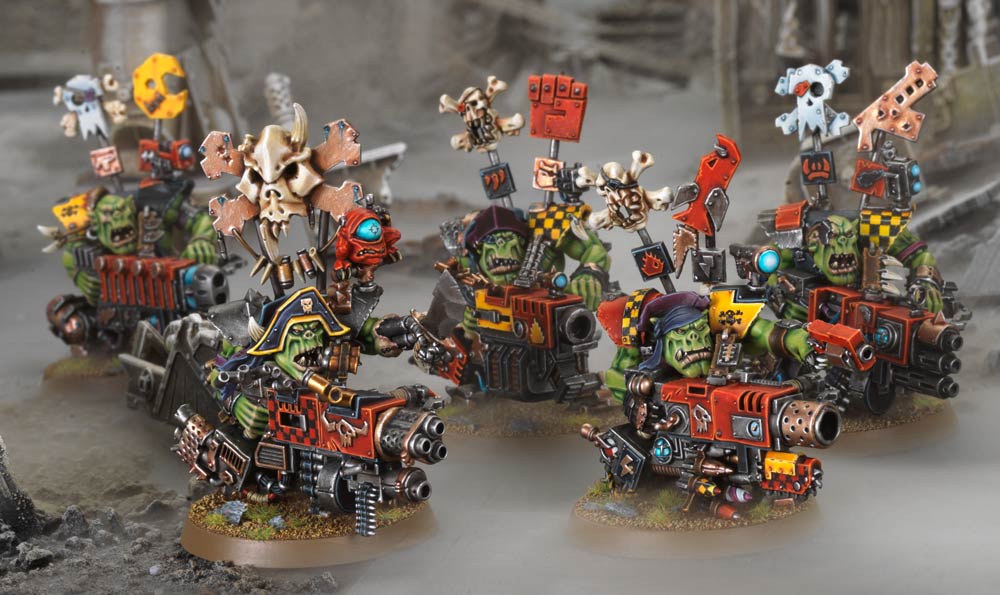 Flash Gitz occupy a special place in the new Orks codex. If you’re fielding one of the other clans, you’ll be able to include them in a Detachment without losing your Clan Kultur (though the Flash Gitz themselves won’t benefit from the Clan Kultur). However, choose Freebooterz, and you’ll get to apply your Clan Kultur to them as normal, representing their effectiveness when fighting with their fellow Ork pirates.

Flash Gitz have been given a huge power increase in the new codex thanks to a better armour save and even shootier snazzguns:

These guys are the premier dakka-delivery system for Orks and a unit or two are a must-have in any self-respecting Freebooterz army. 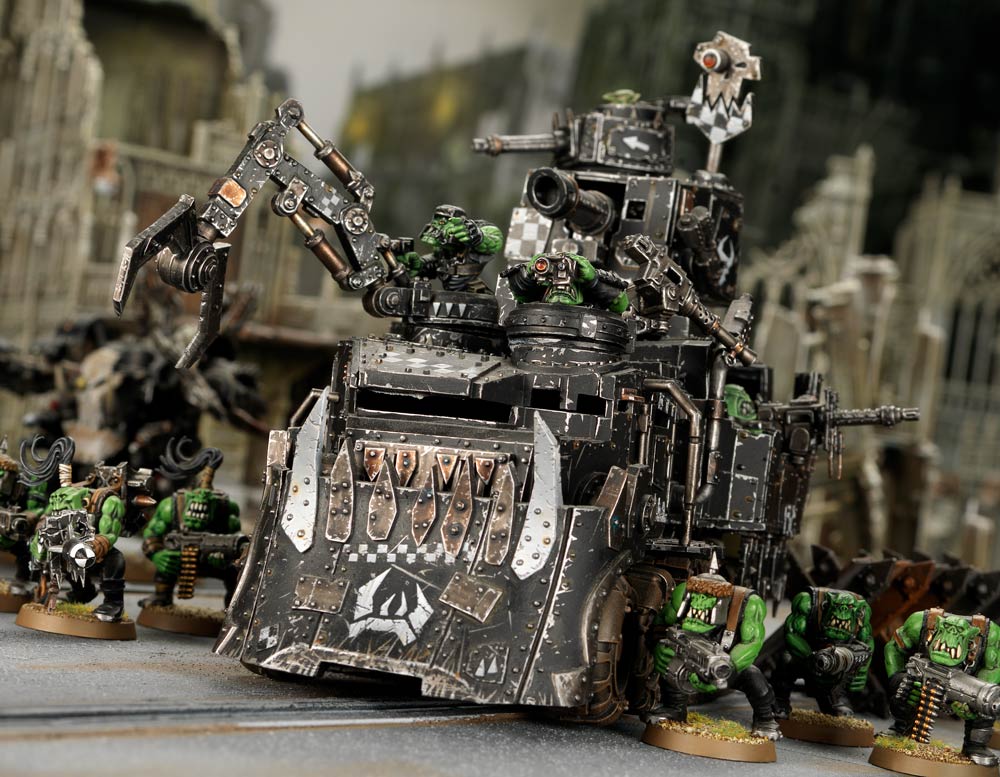 The Gunwagon is a new datasheet designed to make the most of the Battlewagon kit. As any of you who’ve built one of these towering mobile fortresses can attest, the Battlewagon is unbelievably customisable – so much so that it’s been split into three separate unit entries, each with a different role. The original Battlewagon is still the great transport it always was, the Bonebreaka is a front-line spearhead vehicle, and the Gunwagon is the closest thing the Orks have to a battle tank, capable of firing twice with its Periscope ability: 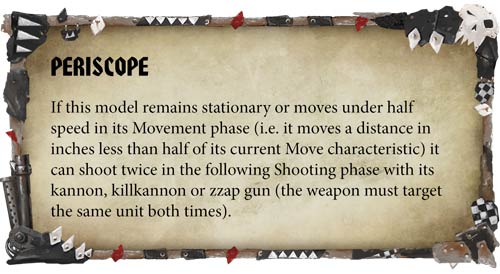 Try to pick off an enemy unit before firing the Gunwagon to take advantage of the Freebooterz Clan Kultur and you’ll be doubling up your shots with even greater accuracy. You can also use your Gunwagon (or other Battlewagon variants) to make deadly boarding actions with a new Stratagem – load yours up with power klaw-armed Nobz for the best results: 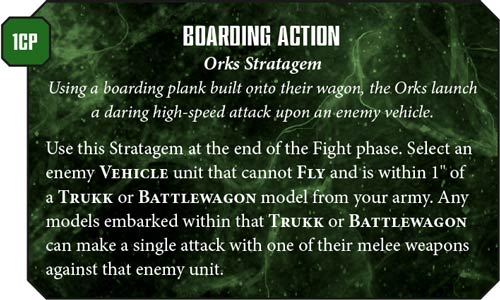 Packs of piratical Orks using boarding planks to storm across and wreck enemy tanks as they pull up alongside them – is there anything Orkier? We think not! You won’t have to wait long until your Orks can go a-Freebootin’ – you can pre-order Codex: Orks today.