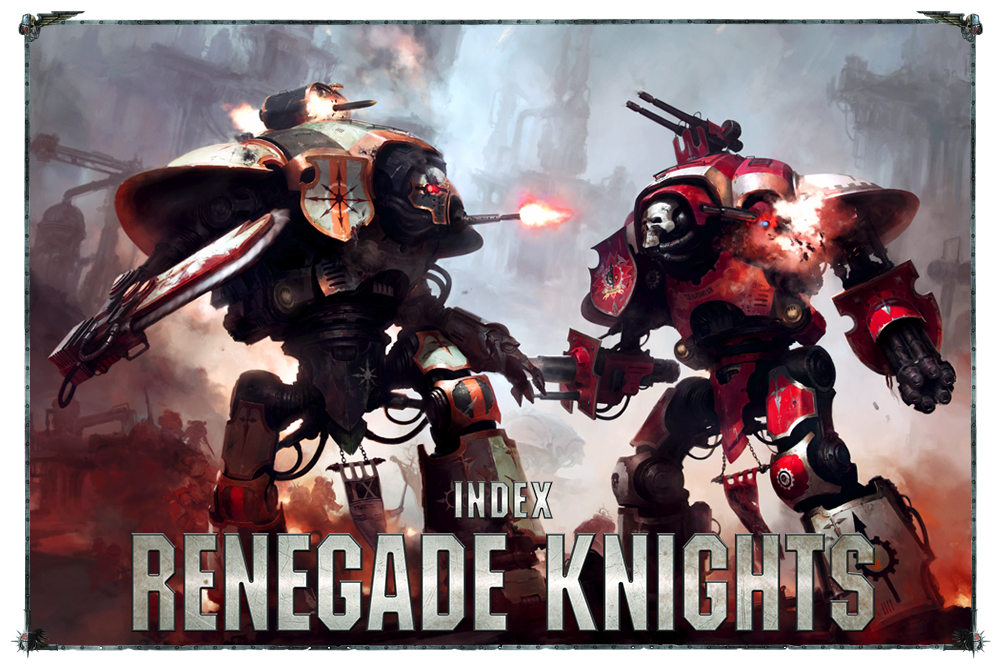 New rules for Knights Renegades and a Knights FAQ! Sweeeeet! Now my Khorne Knight will be coming out of retirement, baby!

This article was originally published on the Warhammer-Community page.

Knights are awesome. We can all agree that there’s something special about conquering the battlefield with towering war machines the size of cathedrals, and when the new Dominus-class Knights came out, we know a few of you Chaos players were looking on with envy.

Loads of you have been asking about rules for using these models in your Chaos army – and so, today, we’re doing just that, with free rules for more Renegade Knights.  And – to accompany your new (or truly ancient) Dominus-class Knights to war – Renegade Armigers. 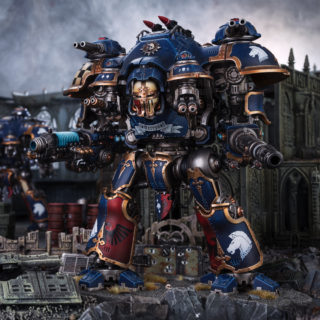 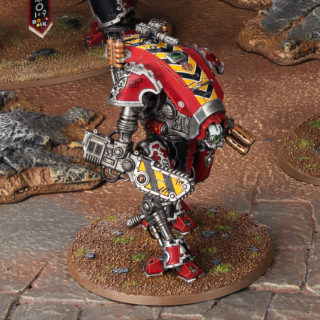 You’ll find rules for both of these in a free mini-update to Renegade Knights that includes rules for Questoris-, Armiger- and Dominus-class Knights as well as a Warlord Trait, new Stratagem, command benefits and an appropriately evil Relic. Basically, it’s an index, but for free! 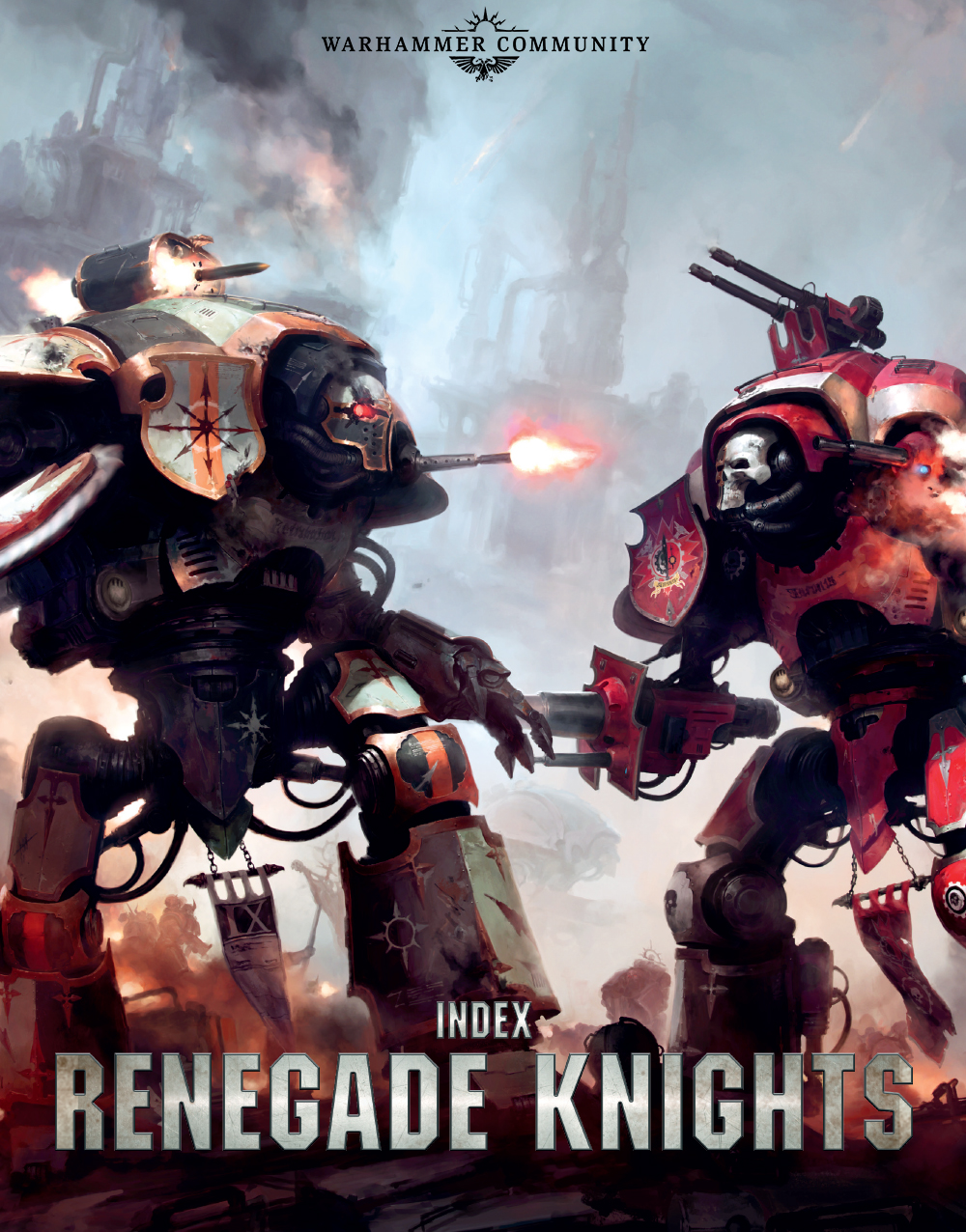 It’s more than just the Datasheets too. As mentioned, we’ve also thrown in a Warlord Trait, Relic and several Stratagems. The Trail of Destruction Stratagem is particularly brutal – for 2 command points, you’ll be able to re-roll all failed hit rolls in the Shooting phase or Fight phase. Chaos players may recognise is as being very similar to the Daemonforge Stratagem from Codex: Chaos Space Marines – we’d imagine that it represents the daemonic “enhancements” fallen Knight pilots may have made to their steeds… 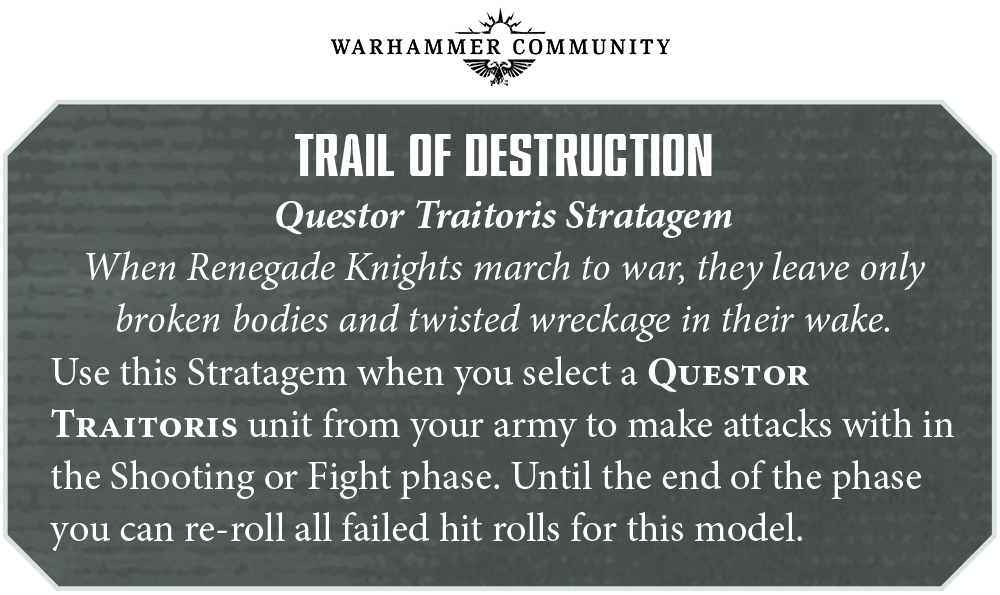 Knights are a great option for Chaos armies. Imagine a teeming horde of Daemons rushing forward to carve apart the foe while an ancient Knight Castellan lays down a hail of supporting fire. Or a thermal spear-wielding Renegade Armiger loping alongside your Chaos Space Marines as they enact a lighting raid on your enemy’s flanks. Maybe you’re just looking to combo the thundercoil harpoon with a well-placed Death Hex. (Nobody wants to see the strongest weapon in their army bounce off a 5+ invulnerable save!)

A good few members of the Warhammer Community team are Chaos-loving heretics (or bold freedom fighters who oppose the rule of the Corpse Emperor, depending on who you ask) and a few of us have already begun work on our Renegade Knights: 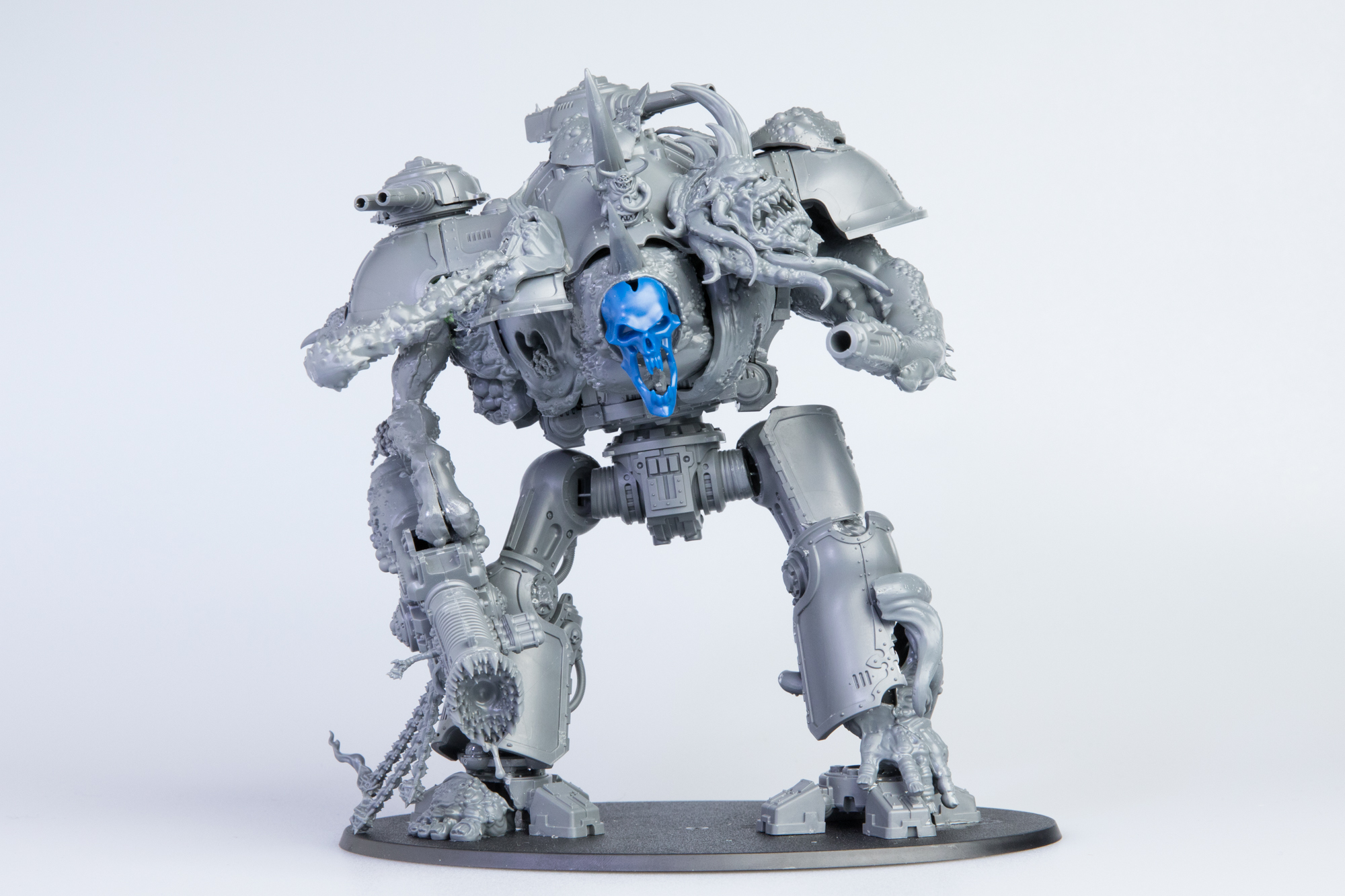 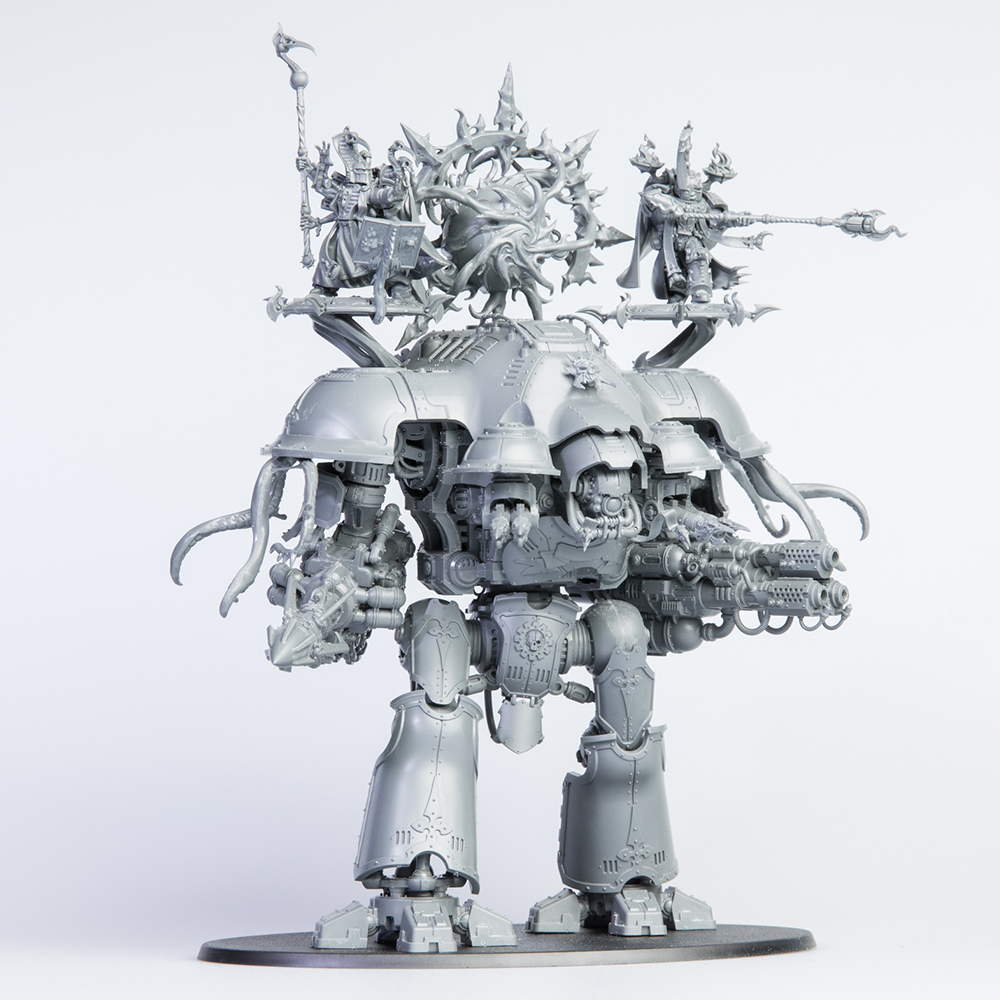 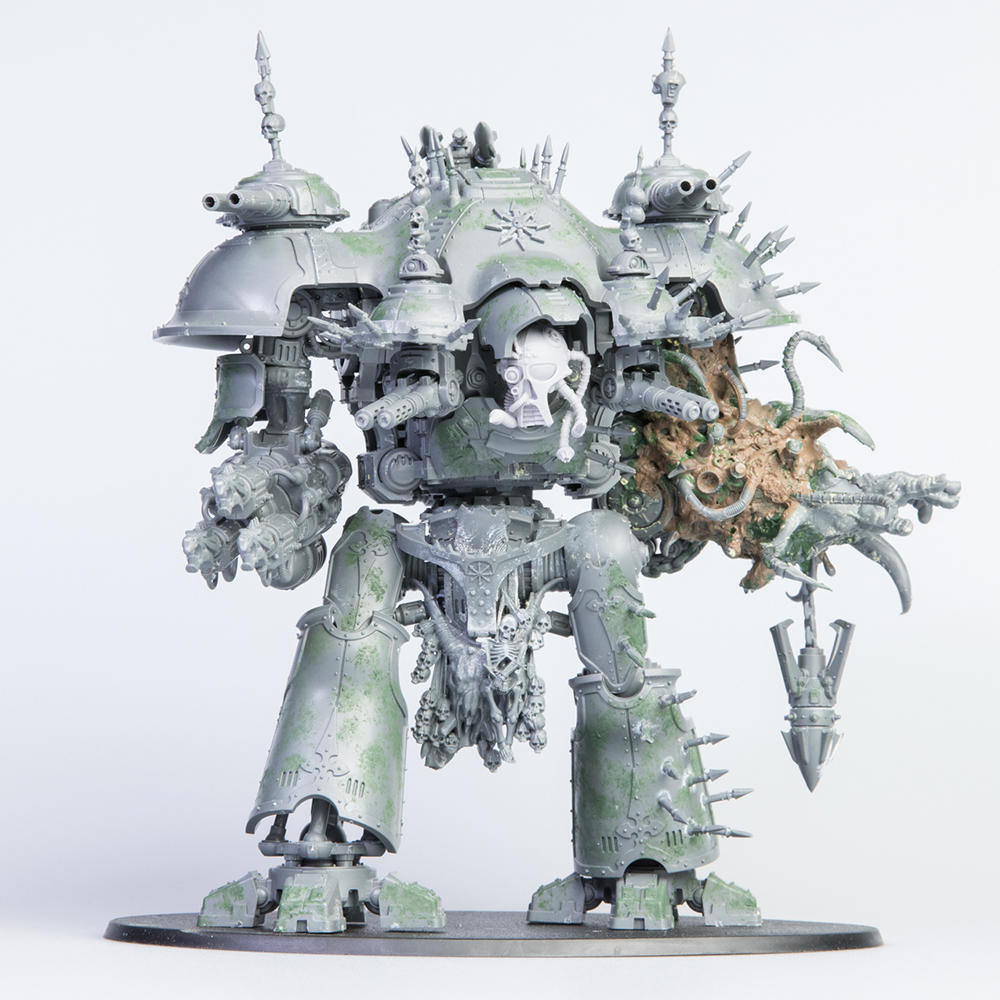 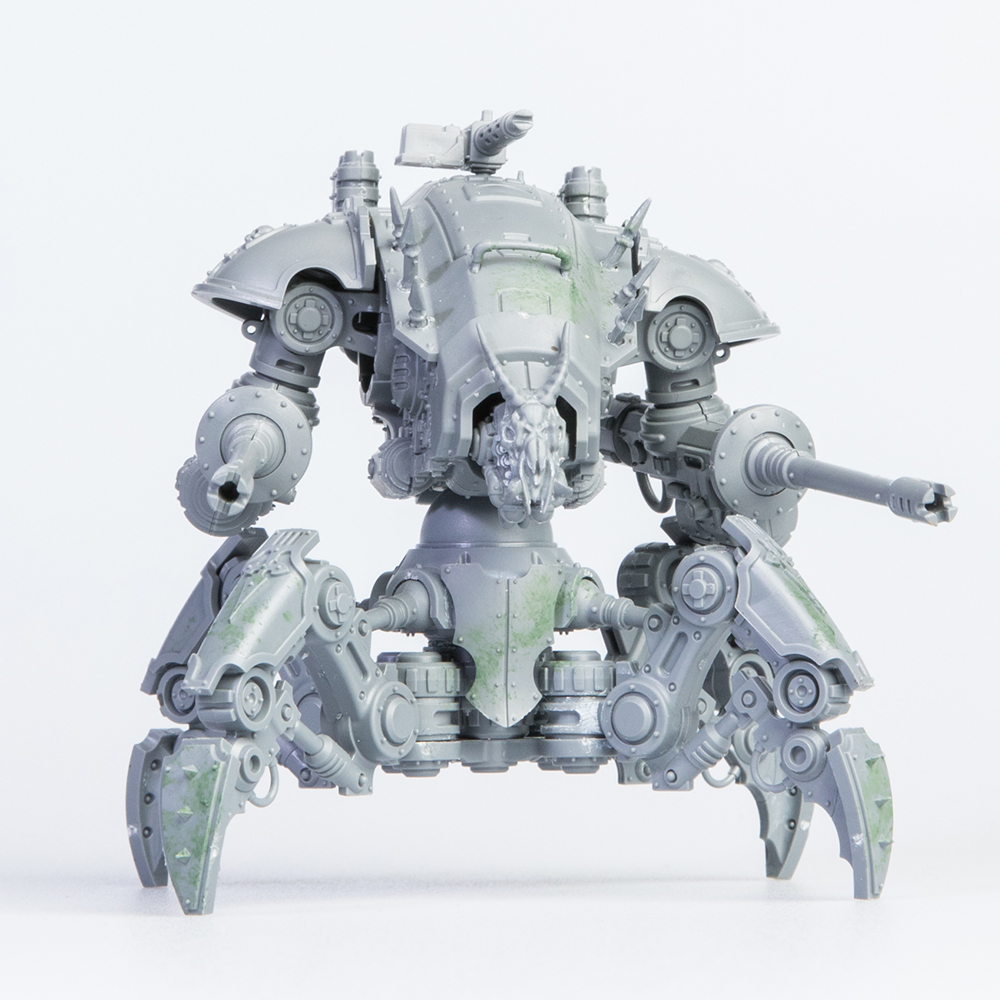 Loyalists, on the other hand, can look forward to a welcome improvement to their army in today’s Imperial Knights FAQ. You’re getting a bunch more command points for your Super-heavy Detachments! 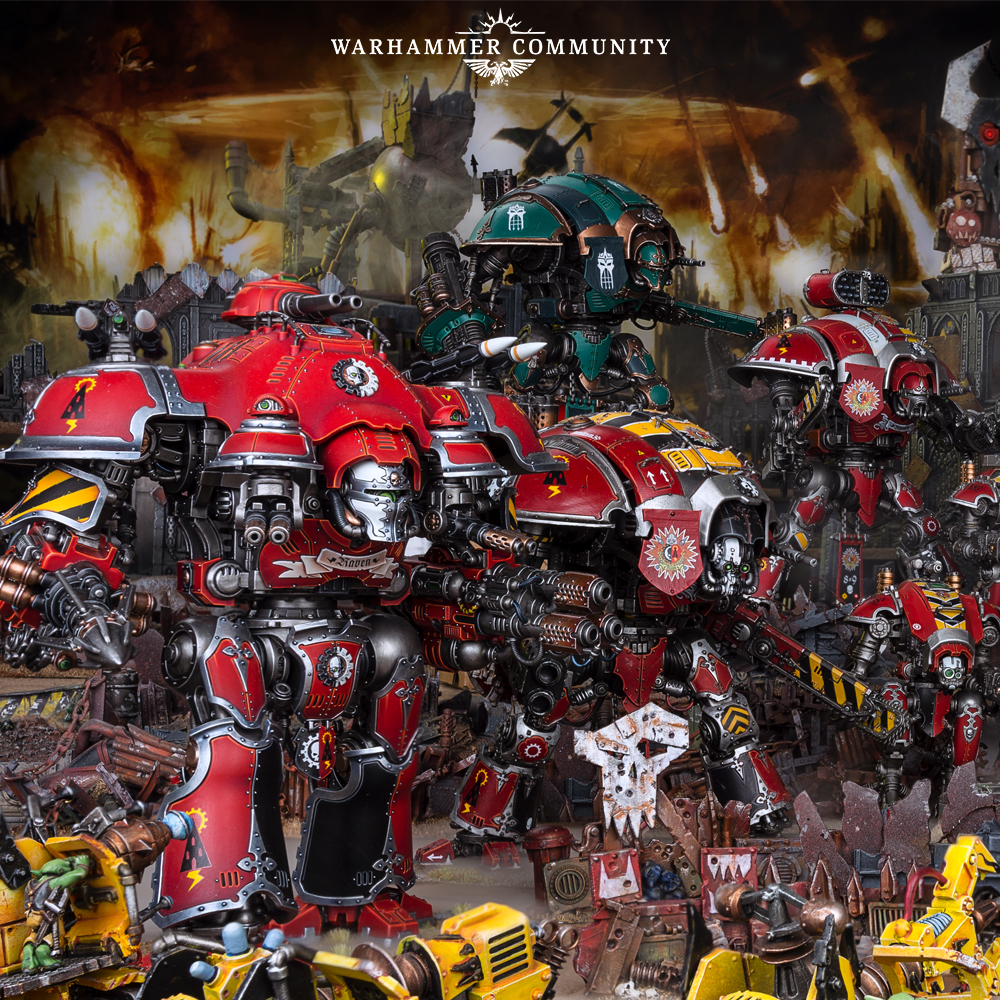 Why the change to command points? Well, Codex: Imperial Knights was printed before the Big FAQ, which gave every army more command points to play with. Imperial Knights were looking a bit light, especially with the new codex bringing so many new Stratagems to try, and so the new FAQ should bring you up to par with other armies in Warhammer 40,000.

Worry not, Renegades – you’re getting this command point bonus too, meaning you’ll be able to get plenty of use out of your Stratagems.

Loyalist or traitor, Knights are awesome, and if you haven’t already, now is the time to get one for your army. Pick one up today from your local store, and you’ll be able to join us on Tuesday for the Big Knight Painting Night – we hope to see you there!

← Signals from the Frontline #597: Additional 40k Tickets for the LVO and Community News
GW Grognard: Denial isn’t just a river in Egypt →