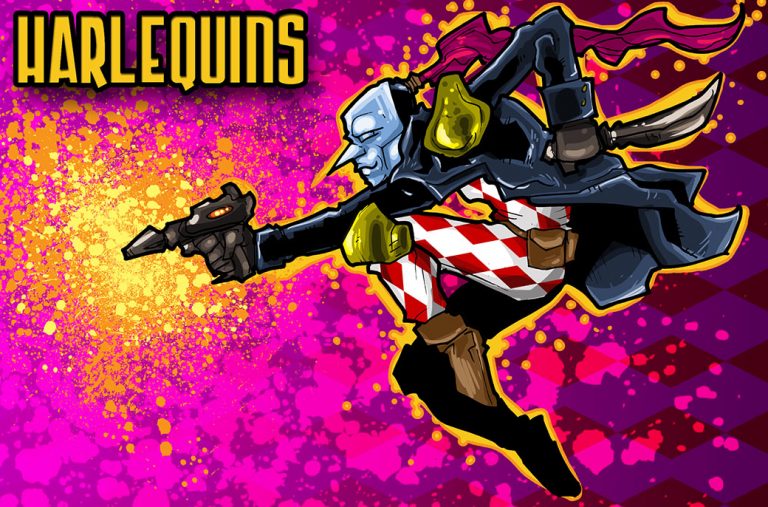 Embrace Your Inner Geek here again with the second installment of my Harlequins Codex review. Up this time, Masques. Check the Tactics Corner for more great articles!

If you missed it, catch part 1 in this series, here.

Masque forms, are the Harlequin equivalent of “chapter tactics”. There are 6, and they all have associated Enigmas, Warlord Traits and Stratagems. In this part I’ll deal with each of the Forms, and discuss their associated rules. They’re not all great to be honest, but there are a couple of really good ones.

One of the stronger Masques, but not the strongest. It would be good for a Solitaire. 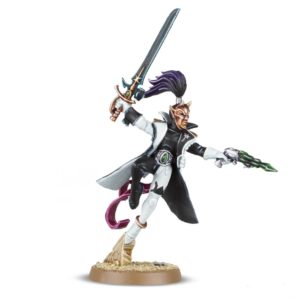 One of the weaker Masques. It might work for a Shadowseer, letting you deep strike her exactly where you need that crucial power cast, without spending CPs, but there are stronger options. 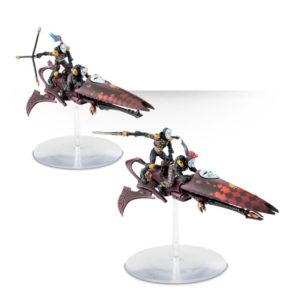 This is one of the stronger Masques. It makes me want to take a unit of 12  “naked” Players on foot, and just run them across the table with a Troupe Master, cast Veil of Tears, and use Lightening Fast Reflexes for a -2 to hit, and then use Prismatic Blur for a 3++ (we’ll come to these stratagems shortly), for a reasonably survivable blender unit. 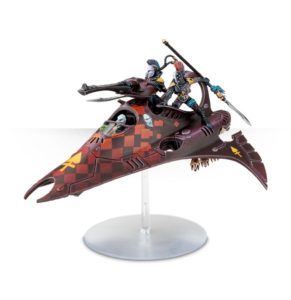 To me, this is the stand our Masque, particularly if you want to run Troupe’s in Starweavers.

Expect to see a Soaring Spite battalion in pretty much every list.

This is the Masque to take if you love Death Jesters!

You might see this if somebody has a “thing” for Death Jesters (maybe in a Vanguard detachment, with a Solitaire) but it’s not the strongest Masque. 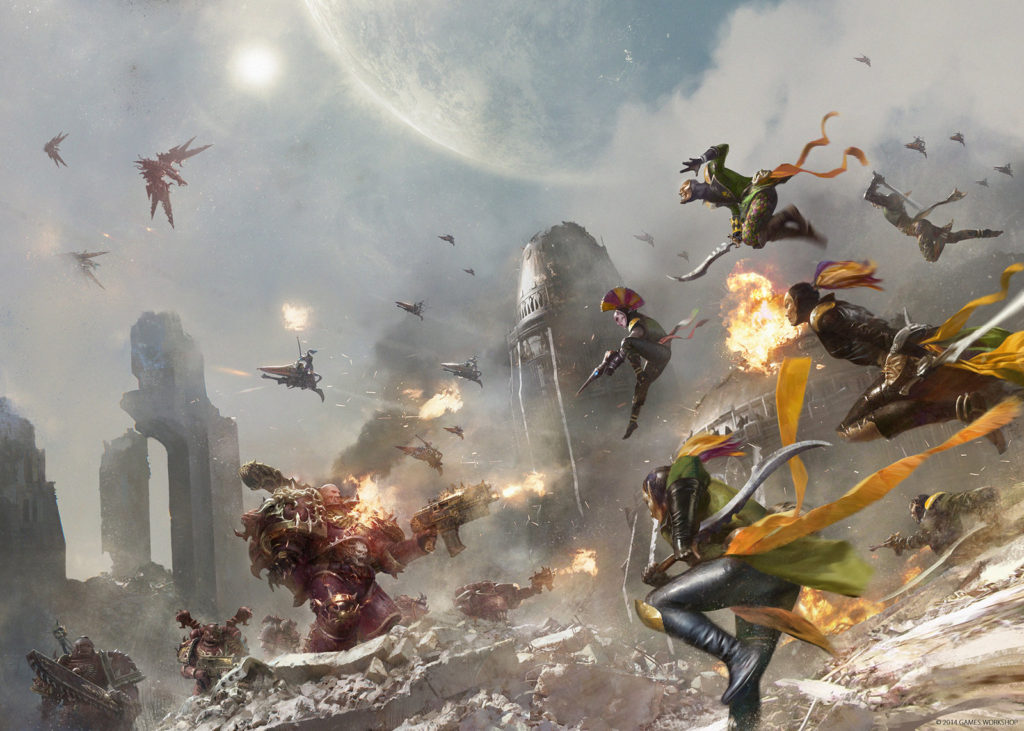 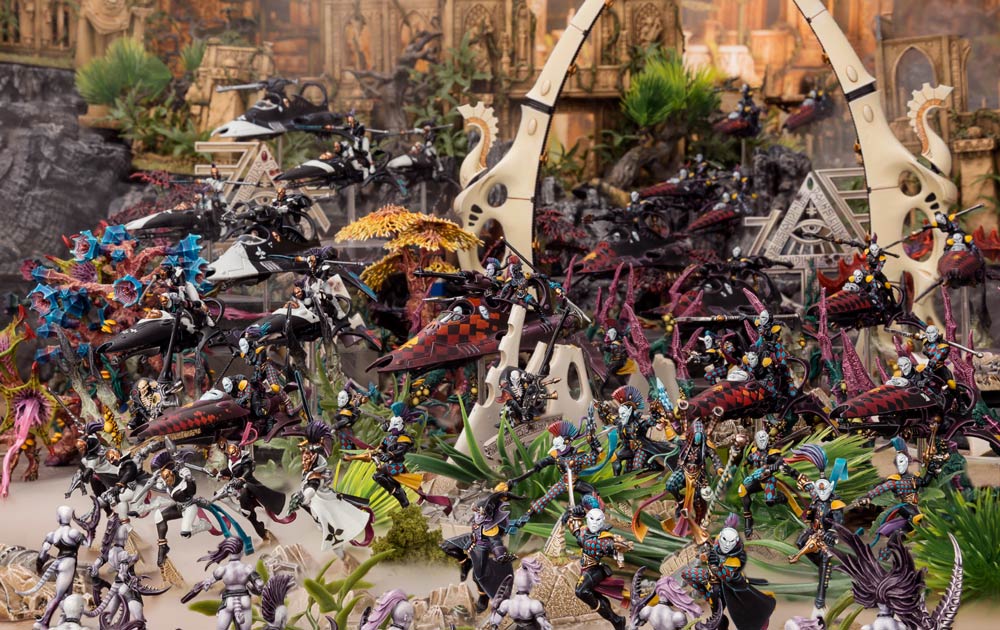 IMO, the clear winner here is Soaring Spite. Its Form is strong, and synergises well with all the other elements. Frozen Stars is also good, as is Midnight Sorrow. I suspect people might take Silent Shroud for the Stratagem alone, or for leadership bomb armies, allied with Drukhari and Craftworld. The others are “patchy”, but Dreaming Shadow Death Jesters may be a popular (but not optimal) choice.

Read part 3 of this review, here.

So how does a troupe master get out of a transport in the psychic phase?

He doesn’t. Did I say he does?

You said that the unit moves+advances and then gets Twighlight Pathways cast on it to move+advance again, and then the Master disembarks. But if you’ve cast Pathways, it can’t be the movement phase anymore.

Ah…., what can I say – rush of blood to the head. Of course that doesn’t work. I’ll edit that out.

^This. Soaring Spite is neat, but you can only disembark in the movement phase. It’s definitely good, but I think you’re giving it too much credit.

I also think you’re underestimating Midnight Sorrow. 6″ pile-in is huge, it lets you do all kinds of shenanigans.

I would love an article devoted just to consolidation shenanigans you can pull off with this.

Yeah, that is what makes Homrgants so damn good. You can pile in to tons of units and screw up their movement and shooting phases.

I know many people feel assault is underwhelming in 8th but the truth is that assault is incredibly powerful if you know what you’re doing.

Absolutely it is. A lot of the top armies right now (Chaos Marines/Daemons, Blood Angels, Tyranids, etc) live mostly in the assault phase.

I absolutely agree that there is a lot of subtlty in the assault phase. Nothing is more rewarding than using rising crescendo and flip belts to dance through gun lines, and a 6’ consolidation makes that easier. However, it’s utility is limited by the need to consolidate towards the closest model, and being unable to charge anything more than 12” away. If it was a 6” pile in, and a 6” consolidation that would be amazing, but just the consolidation ….. not so sure. However, I would love to be wrong about that (particularly because my Army is painted in Midnight Sorrow colours).

EYIG, you don’t have to consolidate towards closest model, you just need to end your movement closer. Now it doesn’t sound like much, but is a big difference. That combined with flip belts is insane. The absolute best protection against shooting is to be trapped in combat, and you can trap models in CC pretty easily with midnight sorrow. 3 models at 120 degree angles around the base is enough to trap a model.

I think you’ll be able to pull more shenanigans with skystride (albeit only on one unit). As pointed out, you can consolidate before the opponent gets to swing back, so you can hit something and fade away back into a transport.

A more subtle way to use it though would be to position your transports in ways to “pull” your troupes in directions you wouldn’t otherwise be able to go in. Charge that screen, advance the transport over it, and then pull your harlequins over the screen and into the next unit before the remnants of the screen even get to attack back. It’s also a 6″ consolidation, so it’s comparable to the 6″ pile in from Midnight Sorrow. Better, even, as you can control the direction of the move.

For now, Midnight Sorrow and Frozen Stars are my favorites for pure Harlequins. Silent Shroud is third place, but my favorite when I think about what my Hemlocks could do for a Harlequin army.

I’ve never been impressed with loading up Starweavers with fusion pistols.

One thing I love about the harlequins is their bikes. Since they don’t put out the damage output of a kitted up troupe that costs less, I believe they get overlooked. With the new haywire cannon they can put out good fire against most any target and can hold their own in combat. While great with soaring spite, I am starting to love them in dreaming shadow as well. It makes more use of being able to fire again. They do great with the strategems as well giving them 3++ with an -1 to hit or -2 with reflexes makes them hard to kill. Also they are one of the best units to make use of cegorachs jest. While they can fall back out of fusion range, chances are they aren’t falling back out of haywire. So with getting multiple opportunities to pump out d6 shots per model by death in dreaming shadow and jest, not counting what they do on your turn, I find them highly valuable.