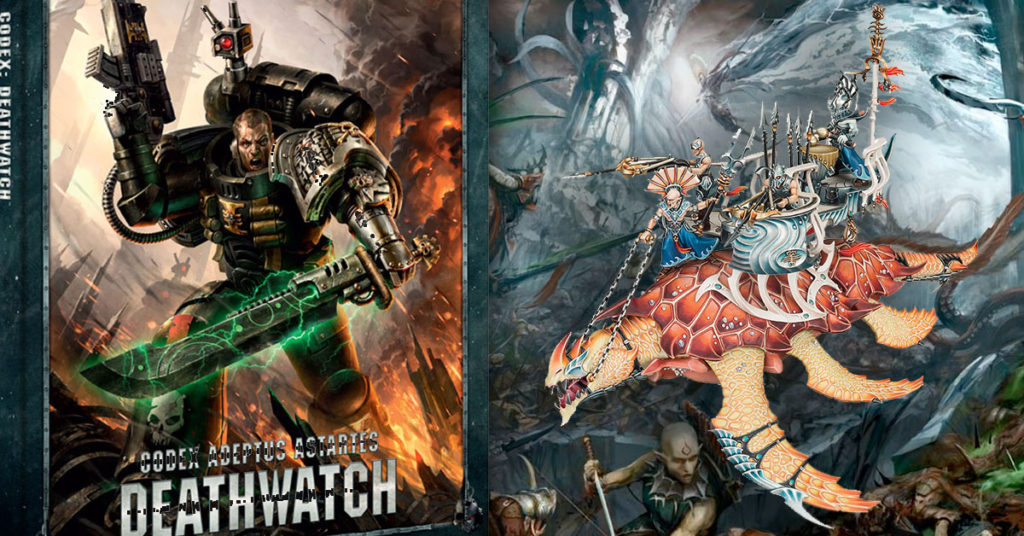 This week we have the very exciting Deathwatch Codex up for pre-order and some Idoneth Deepkin reinforcements! Get yours today at our discounted prices with FREE shipping for orders $99 and up within the continental USA. 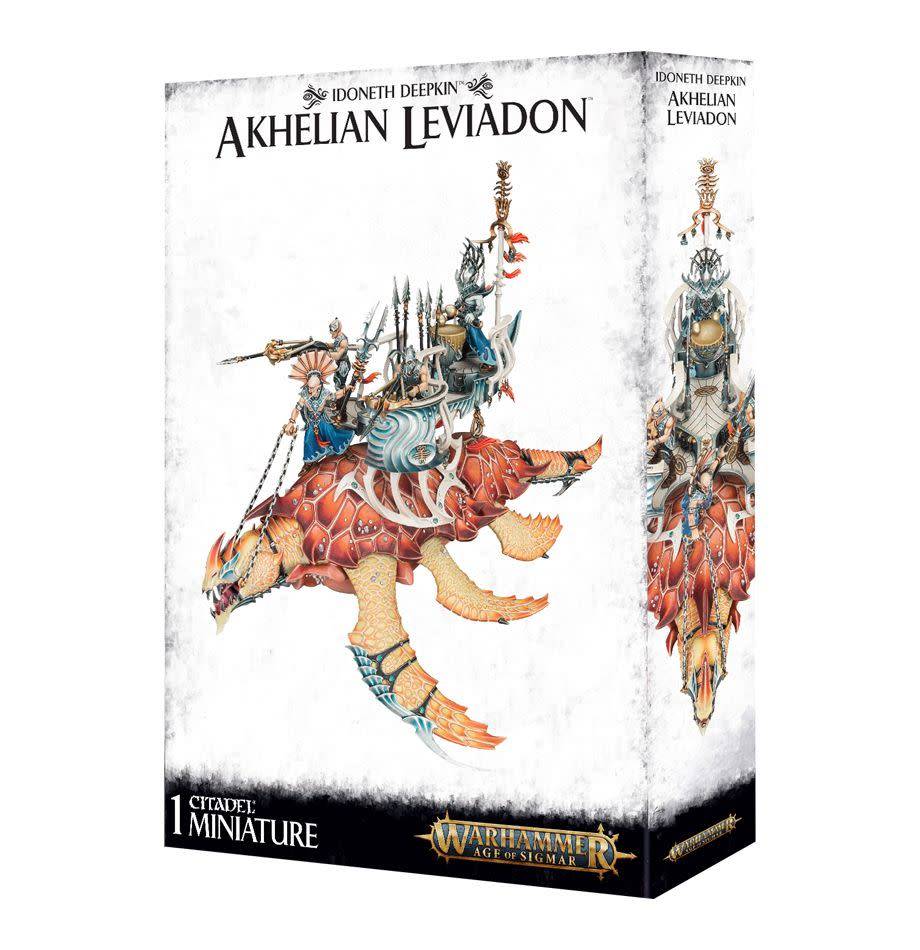 Shrugging off enemy missiles, the Akhelian Leviadon plunges into the fray. Scythed fins dismember foes while the beast’s powerful jaws clamp down with enough force to crush tempered steel. Should the aelves on its back come under assault, they strike out with hooks and blades, while the Ma’harr, the master of the reins and a high-ranking Akhelian, impales foes on his twin-pronged spear. Protected by its thick scales and nigh-impenetrable shell, the Leviadon acts as an indomitable anchor point in an Idoneth phalanx. Whether used as a living battering ram or as a mobile weapons platform, these enormous bond-beasts have proven themselves in battle time and again. 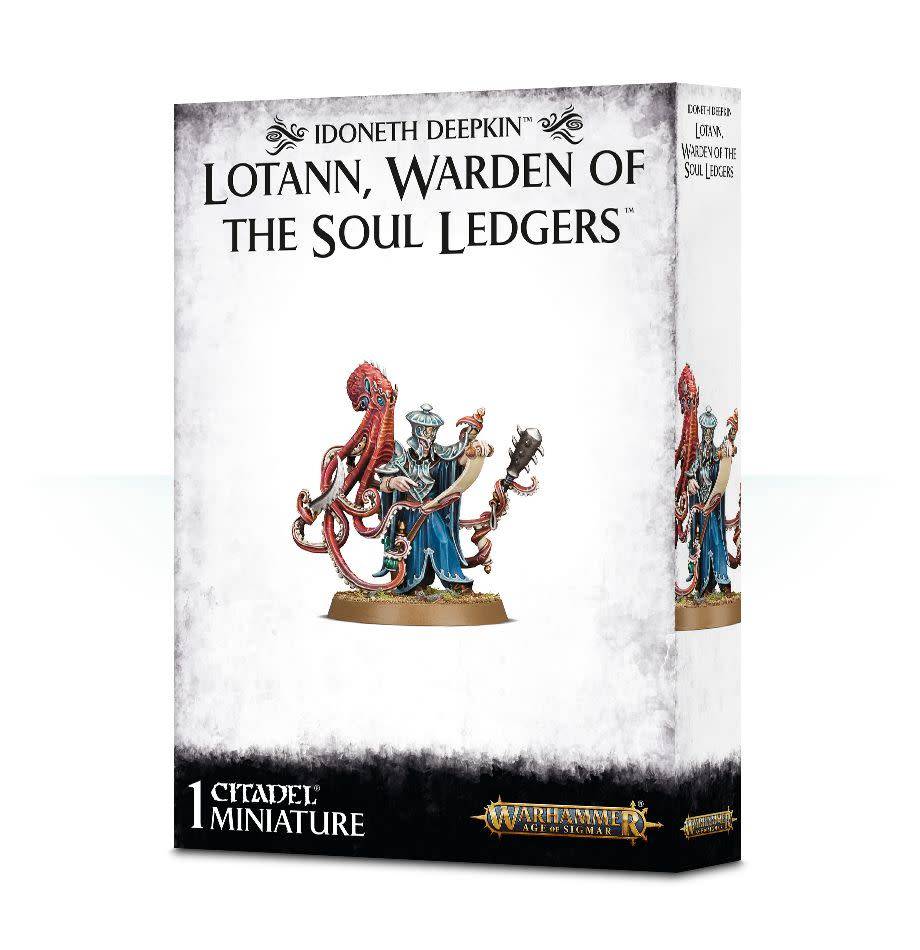 Lotann, Warden of the Soul Ledgers 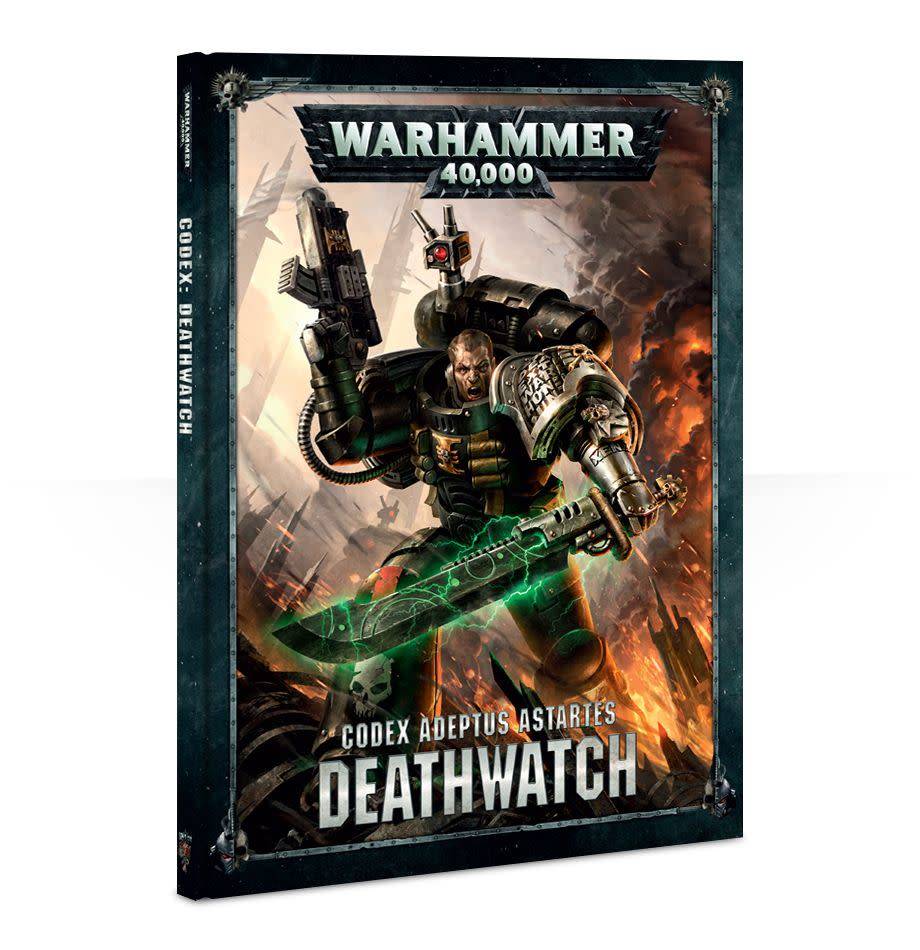 The elite amongst the elite, carefully selected and recruited for their exceptional abilities, the Deathwatch are a thin black line, a sentinel that stands between the Imperium and alien threats unimaginable. Always outnumbered – such is the staggering scale of the hordes they face – this noble brotherhood has stood stout against countless invasions, and will face countless more. Organised into small, elite companies plucked from Space Marine Chapters that have pledged a tithe of their strength in the struggle against the alien, the Deathwatch counts only heroes amongst its ranks. Each member has been hailed as an expert in his field even before his training as a Deathwatch operator has begun. His armour painted the blackest of hues, his Chapter icon intact upon his pauldron as a mark of respect to the Chapter that made him, the Deathwatch Space Marine and his highly-specialised Kill Team descend to the edge of destruction, there to repel whatever dire threat they face. 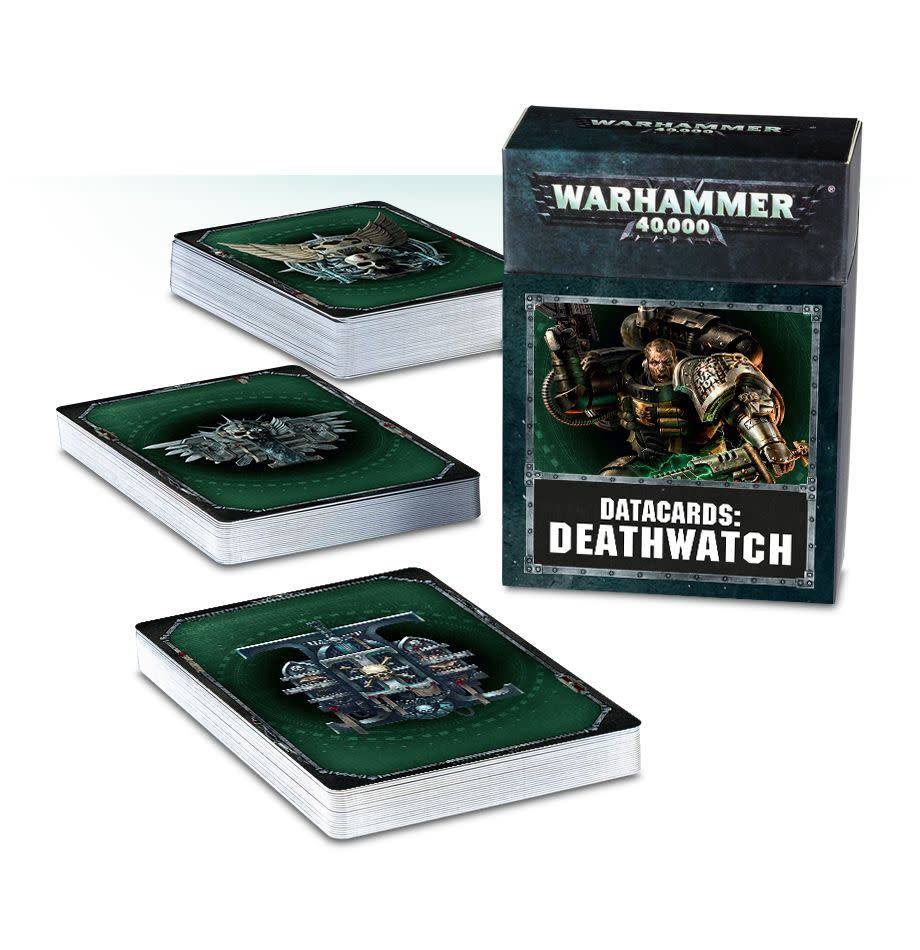 Designed to make it easier to keep track of Tactical Objectives and Stratagems in games of Warhammer 40,000, this set of 74 cards – each featuring artwork on the reverse – is an indispensable tool in the arsenal of any Deathwatch gamer.

This is a genuine question, and perhaps you can try and help me understand, Reece.

How is the price difference between a single DW veteran and an Intercessor, when they have worse base guns and -1w, within a margin of 2-4 points?

I imagine it’s to sell models, which is fine, but I have an entire DW army I had made from 7th, for kicks, and if it didn’t feel like a joke before it certainly does now.

They probably refuse to enter Corvus Blackstar because primaris hates transports.
At least one upside.

And of course 4 veterans from 5 can take deatwatch heavy weapon aka frag canon. Granted each cost 30 points in index. Maybe they decreased the point cost.
The primaris for 100 percent cant take any deathwatch weapons just the primaris weapons.

My personal opinion is they should left rot primaris marines in Cawls ship another 10 millenniums.
They could just give 2W to each space marine like nobs have and 3W to terminator and bikers like mega nobs and nob bikers have.
Its stupid that guard,eldar,tau human sized infantry has same 1W like the giant space marines. They could elegantly fix it in 8th edition. But no they instead greedily released the primaris marines.
Basicly they are now the real space marines stat wise. And the terminators are 8th edditions mockery now.

To be fair str 2,3,4, and 6 weapons are less effective against Marines. But I agree, with the weight of fire weapons with those profiles fire, Marines gets munched.

I am very skeptical, hopefully I´m wrong.
If true and someone seeing the codex verifying so sadly yes:

Terminators – 31 points base. 5p more then sm termies but with no homer. Assuming fists cost the same and cyclones/asscans still ridiculously overpriced, terminators are still worthless in all kinds of damage-for-point dealing and staying power.
The only saving grace are stormbolters with SIA but you dont want to take termies for pest control.

So from what I seen so far basically just a lot of special S4 rend bolters and a bunch of reroll-one rules on vaaastly overpriced platforms that are somehow supposed to keep it up with the eldar and nid insanity and guard armor etc. Good luck chasing baneblades, reapers, waveserpents and the next inevitable nid autowin loophole.

If the army has the same non existing staying power (power/terminator armour is a joke in 8th, even the most obtuse gw salesman playtester has to get the hint by now)
like the struggling SM and prior deathwatch then this is so retarded I dont even know what to say.
Still a lot of overpriced junk that go down before a mild breeze.

Plus no SIA for vehicle mounted bolters..because “logic” reasons!

Here we had the newest codex creepers with finally useful power strategems and real tournament hitting level across the board and geedub with their tournament playtesters COULD have started to fix the things that ail all SM analogues (foremost, laughable SM staying power and damage output) but screwed it all up again. Tadaa.

Unless the DW units somehow bring insane damage output to offset their point cost-to-staying power I see only another bottom-third tier codex.

Holding on to my dineros waiting to shell out for a dw codex and minis till these things are fixed. If not it seems china will get them dineros as usual.

How exactly do tempest shells scale with game size?

The one and only somewhat reliable anti tank option that doesnt cost half of insanity in points the DW has is strategem dependent and can only be used once per turn.

Meaning that in a 2-3000p game vs guard armour or wave serpent or razorspam DW are royally screwed.

Or did I miss something?

my favorite part is when people complain about a codex that isn’t released yet and make a record of their complaints here so we can go back and laugh when after a bit they seem pretty ok 🙂 It happens with nearly every launch.. if you can believe it people were really upset with Eldar, Ynarri, Dark Eldar etc etc.. it’s glorious.