Which Wych Cult is Right for You? Drukhari Wych Obessions Review: Part 1

You are here: Home › 40K › Tactics › Which Wych Cult is Right for You? Drukhari Wych Obessions Review: Part 1

Hey guys Cavalier here, Commission Painter for Frontline Gaming and Co-Host of Splintermind the Dark Eldar Podcast. Today I’ll be discussing with you guys my thoughts on choosing a Wych Cult that works for both your playstyle and Drukhari collection. In part 1 we’ll explore the Cult of Strife, lets dive in! Check out the Tactics Corner for more great content. 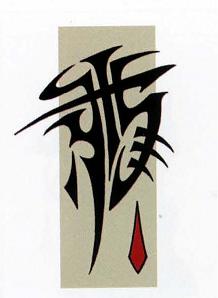 So for those of you familiar with the podcast and the article I wrote a few weeks back, you know I have an abiding love for the Cult of the Red Grief. I was lucky enough to be involved in the playtest process for the Codex and I walked away from that experience convinced that Red Grief was the best in almost every situation. Now being able to get games in outside of playtesting and seeing the ways others have used the Codex I’ve been very surprised to see my opinion on the matter shift. I actually think the other Cults offer just as much as the Red Grief… depending on your playstyle and collection.

Cult of Strife- Led by Lelith Hesperax the Cult of Strife is probably the most iconic of all the Wych Cults and is certainly represented well on the tabletop. This Obsession grants Cult of Strife units +1 attack when they charge were charged or made a heroic intervention. This is an excellent Obsession. With Wyches getting a bonus attack added when the Codex dropped, your stock Wych has 3 attacks, 4 with the Cult of Strife Obsession. Your stock Hellions and Reavers will likewise go up to 3 with their respective squad leaders going up to 4. 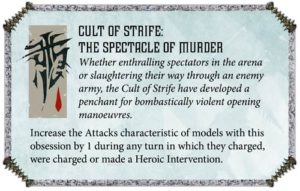 In my opinion this Cult really favors the classic Wych Cult that relies heavily on actual Wych units to the heavy lifting as opposed to Hellion and Reaver heavy builds. The new codex already improved Wyches into respectable skirmishing units, yet with the Cult of Strife Obsession they are now very dangerous threats. Even before combat drugs, a single squad of 10 girls can inflict serious damage on the typical Toughness 3 screens which feature so heavily in competitive lists . Even against tougher units 40 attacks, even at Strength 3 is very dangerous.

When you factor in combat drugs you can make a sort of all-star unit with a Hekatrix and Agonizer with Combat Drugs to bump up their attacks by another 1, meaning the other 9 Wyches are brining 45 attacks on the charge with the Hekatrix adding an additional 5 attacks with her Agonizer, wounding infantry and monsters on 4+ and at -2 AP.

When you start sprinkling in things like the Shadnet and Impaler (which I would recommend adding to every squad) they can pin down anything that survives so that units trying to fall back against the Wyches’ “No Escape” rule must beat your roll on a d6 with only a d3 of their own.

Whats so impressive about this, is that these are basic troops. With their tremendous amount of attacks, tricky pieces of wargear and some nasty weapons on their squad leaders and their infamous 4+ Invulnerable save in combat this one of the better troops choices out there. 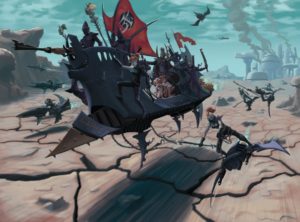 The Cult of Strife favors a classic Drukhari mechanized attack, relying on the speed and damage soak from Raiders and Venoms to get you into position, weather incoming fire until you are ready to attack. When you actually spring your assaults the Wyches will be able to drown infantry in volume of attacks.

I would always take transports of Cult of Strife Wyches, not only do they bring some nice firepower via the Dark Lance or Disintigrator which is something Wych heavy armies will typically lack. They also act as a firescreen against Overwatch allowing your Wyches to get into combat no problem.

Standout Stratagems
With the increased amount of CP’s available from battalions and brigades, most Drukhari players will have a big pool of points to play with. Codex Drukhari has a lot of great 1 or 2 point stratagems that play really well with Wyches, in particular the Cult of Strife.

Yet lets begin with an expensive, though excellent Stratagem, the Cult of Strife’s dedicated stratagem in fact.

In this era of aura buffs, units tend to run very close together. This is great for Wych armies as it allows them to assault multiple units at the same time which is great for Cult of Strife who have a tremendous amount of attacks. With this Stratagem you could easily wipe out multiple units of Guard in a single go-round, or if you are cagey, you can focus on killing a character near other units that you are in contact with, then unload again into a full sized unit. Of course if you have a Shardnet and Impaler you can pin down anything that survives.

Hyperstim Backlash which costs 2 CP’s is a stratagem that can actually play very well this No Method of Death. Basically it doubles the bonus of one your combat drugs. At the end of the battle round you role a d6 for every model in the unit, on a 1 they take a Mortal Wound (which you can ignore with Innured to Suffering, the Turn 1 Power from Pain ability). If you played this on a unit of Cult of Strife Wyches with the +1 Attack combat drug they would go up to a whopping 6 attacks a piece, the Hekatrix rocking 7! Using this Stratagem in concert with No Method of Death allows you to fight twice with all those enhanced attacks which could be devastating even to the craziest targets. You’d be unleashing 61 attacks on the charge, then doing it again should you wipe out a single unit. Thats all on single basic troops choice! 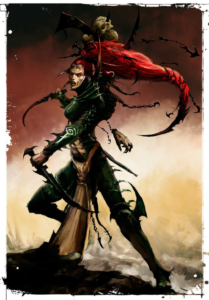 In conclusion I think Cult of Strife is an excellent way to go with a Wych themed detachment or army. Hellions and Reavers dont gain as much from this particular Obsession, yet the benefits to actual Wyches far out weight any slight shortcomings in that department. They capitalize on the strengths of the Wyches to a great degree and work well with traditional means of delivering Drukhari assault elements into the fray.

So let me know your thoughts below on Cult of Strife and any other thoughts you may have on Wyches in general. I’ll be exploring Cult of the Cursed Blade in my next tactica article so hopefully you are looking forward to that.

Also if you are interested in exclusive Dark Eldar and all things Aeldari coverage check out our podcast Splintermind the Dark Eldar Podcast, where we have just begun our Codex Drukharii review.

The (good) problem with the Wych Cults is that they’re all good! So choosing one is just deciding on what you want them to do (IMO) and then building around that concept.

I know. The improvement to Wyches is so crazy. It hit me while writing the article just how far they’ve come. They were beyond terrible last edition and now I’ve used them in almost every game since the index.

I think the rules crew nailed it for Wyches. They have a lot of potential but are also glassy enough to feel like you really earned it when they succeed!

Exactly. If you play them poorly you will pay dearly for it. I remember I forgot that Celestine could teleport when she resurrects and killed her with shooting, with my Wyches nearby just waiting to pounce. They got left in the open and got mulched. Luckily I was able to rebound (and table my opponent) but it was a bad mistake because Wyches are so useful now

“Hellions and Reavers dont gain as much from this particular…” How do hellions not benefit as much? I don’t have the book in front of me but aren’t hellions 2A with S4 (with the glaive)? Given that they can fall back and charge in the same turn, they’ll constantly be benefiting from the +1 attack.

Hey bud. Oh they definitely benefit and to a signficant degree especially when taken just a small flavor.

But I think Hellions gain a bit more from Cursed Blade when you take them in greater numbers and in bigger units where you can give one of them the extra attack drug and the primary unit with + 1 str… the pair that with Hyperstimm to get them up to Str 7.

As for Reavers I think they gain a TON more in Red Grief where they’ll be pulling off 1st turn charges left and right.

Dont get me wrong Reavers and Hellions are good in a Strife detachment, but for builds that more heavily feature either unit I think they are better in Cursed Blade and Red Grief respectively.