Ahkris is back with more great Nurgle analysis and tactics. Check the Tactics Corner for more great articles.

As many experienced 40k players will be able to tell you it is often not just the individual units that make an army great, but the support you bring to let those units shine. I am Ahkris and today I am bringing you part two of my tactica series which is all about upgrading your Death Guard in fun and creative ways using items from outside the codex. I will touch upon the various Psychic Powers, both CSM and Daemon allies and give a list example. 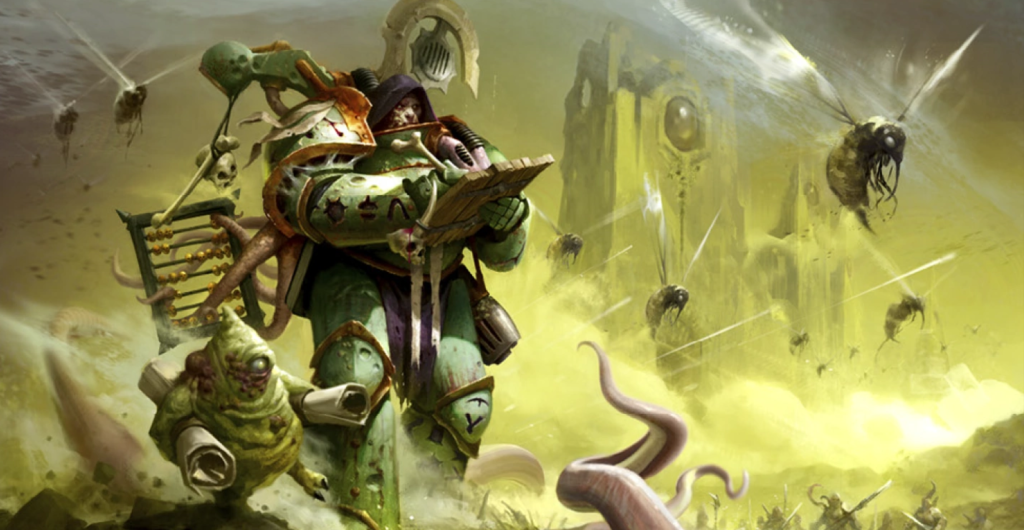 I have not yet given a full rundown of the Death Guard specific discipline, so I will go through all of the powers here.

Overall the Contagion Discipline feels a bit lackluster, with the only two stand out powers being Miasma of Pestilence and Blades of Putrefaction. Luckily we can use some tricks to steal some other powers from our brother CSM codex! 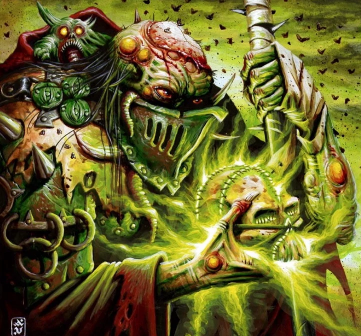 It is pretty easy to ally in a regular CSM Sorcerer to come cast some of these powers on or for your Death Guard units. Bear in mind that any of these powers upgrading Heretic Astartes units work on your Death Guard as well, as they still have the Heretic Astartes keywords. You can take this even a step further! As long as you have access to CSM stratagems which is easy to do – the bare minimum cost for this is any random HQ with a handful of cultists – you can use the CSM Chaos Familiar stratagem. This lets you drop any psychic power from any Heretic Astartes Psyker (which includes any of your DG psykers such as Mortarion or a Daemon Prince) and select a new power from the in my opinion way better Dark hereticus Table. I will only discuss the powers I personally think are very notably worth taking. 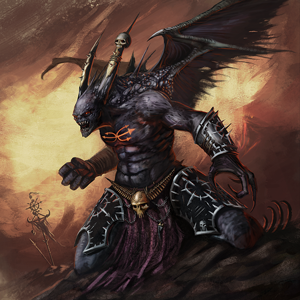 A new Chaos Daemons book will come out soon and I am guessing we will see some extra psychic powers and stratagems in it that will work great with a Death Guard army. Using the Index however we already have some really potent and overlooked powers. These powers target Nurgle Daemons which the Death Guard have a lot of: Foetid Bloat Drones, Plagueburst Crawlers, Daemon Princes, Mortarion, Defilers amongst others.

As mentioned previously the Death Guard have a lot of units that share keywords with Nurgle Daemons, and they really do benefit from each other quite a bit.

Epidemius. His Tally of Pestilence rule can really give your Death Guard army some bonkers buffs. For each unit slain by a Nurgle Daemon he gives all Nurgle Daemons army wide cumulative buffs depending on the tally. Lets take a look at what he offers.

Rerolling hit rolls of 1 wont do much for you. The daemon princes and Mortarion already innately have this aura and the Drones and Crawlers should be auto hitting with Plague Spitters. It might help the occasional Plague Mortar shot but overall its not the greatest.

Improving your movement by an inch is pretty good! Obviously down the line some better things start happening but it gives your already quite mobile daemon engines some increased mobility, lowering charge ranges, letting them get into flamer range better, etc.

Going up in strength by 1 is a big big big deal. And it is not because your prince with an axe and Mortarion go up to strength 9. Those plague spitters i love going on and on about are strength user, so the spitters suddenly go up to 2d6 strength 7 auto hits rerolling 1’s to wound on drones and even strength 8 on the crawler, suddenly turning them into real threats for enemy armour as well. You can even use some other tricks to bump this even further!

After that we get to the real meat of this buff table: going up in Toughness, Mortarion and your Drones go up to T8, cutting damage from small arms fire such as bolters flamers etc in half. It also takes overcharged plasma to wounding on a 4+ instead of 3+. The plagueburst crawler even goes up to T9, making it shrug off even las cannon fire like it is nothing!

After that the last two additional buffs are just icing on the cake.

Herald of Nurgle. Has an aura that adds 1 Strength to Nurgle Daemon units within 6”. This guy is not the fastest so you will have to think for a sec about if it is worth using him and how you get him into position. Perhaps the upcoming Chaos Daemons codex offers some deepstriking or infiltrating capabilities, but for now you could always summon one in. Combined with Epidemius you could get your flamers up to strength 9, wounding even landraiders on a 3+. He also is a psyker so can help out by throwing out Smite, Fleshy Abundance or Virulent Blessing as needed.

So lets take a look at some of the things that the CSM codex can offer us. Most of the buffing auras target <Legion> units which means it is of no use to us Death Guard. The main thing of interest in this book are the psychic powers we discussed earlier, and a variety of stratagems. You can use any of these as long as you have access to the CSM stratagems, which you can do by fielding a minimum size detachment if you want.

Daemon Shell (1CP) – Lets a Heretic Astartes Character with any bolt weapon shoot this special shot. This shot can not be rerolled to hit. On a hit the enemy takes D3 mortal wounds, on a miss the character shooting the shell takes D3 mortal wounds. Pretty risky and not something I would be doing every turn. One game I had an enemy Magnus standing with 2 wounds left and his 3++ invuln save rerolling 1’s. I had shot pretty much everything I could into him and did not manage to get all the way there. Daemon Shell to the rescue! This is a neat risky little stratagem that lets you try to finish off that big bad Daemon Primarch or Landraider or whatever need be with a bolt pistol.

Chaos Familiar (1CP) – Lets you drop a power and grab a new one from the way better Dark Hereticus table. Really good.

Tide of Traitors (2CP) – Lets you pick a unit of Chaos Cultists and remove it from the battlefield. You can then set it up again coming in from any board edge. Offers really good mobility to your ObSec cultists. You could have a blob of 40 of these guys rapid firing at 18” and possibly using Veterans of the Long War to boost their damage, and then once they get cut down significantly in numbers walk them onto the board again at full strength, possibly in your opponent’s backfield. Running 40 cultists is probably better as Alpha Legion due to Forward Operatives, but this still is a great option to have regardless. Two command points is expensive but teleporting 10 guys with ObSec onto an objective to score domination or supremacy can be gaming changing. 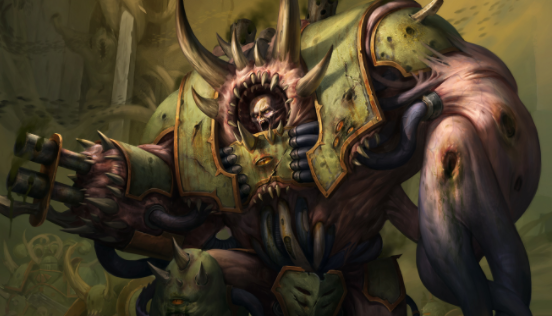 As you can see pretty much everything in this list is a Nurgle Daemon and will start adding to Epidemius’ Tally. Epidemius and the cultists occupy the backfield while the rest of the army does its crazy flamespitter rush. The Poxwalkers in the Rhino can hop out and try to grow in unit size using the Curse of the Walking Pox stratagem if the enemy has large screening units. It is a very different list from what you normally see in the average DG army. It is extremely mobile and it tries to overload the opponents high strength firepower. You could easily swap around some units to work in a second Prince, Defiler, larger scary Nurgle Daemon (Cor’Bax or Scabeiathrax) or summoned Herald with Fleshy Abundance.

Are there any good buffs I missed? What is your preferred way of squeezing that extra 10% out of your Death Guard units? Join us next time where we will probably start looking at some units in detail.