Let’s dive back into Astra Militarum with some Regiment Specific list builds and tabletop tactics! Today, it’s all about the men whose planet broke before they did! FOR CADIA! Check the Tactics Corner for more great articles!

Hey guys and girls, BigVik here continuing my articles on how I build and play my Astra Militarum lists. Today I’ll be using the metrics I discussed in MathHammer: Astra Militarum Overview to build a Cadia themed list, and how I would plan to field it on the table! 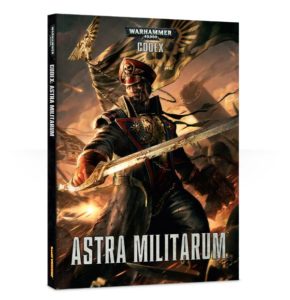 If you don’t recall the rules for Cadia, bone up on them in our Grand Leader Reecius’ Codex Review: Astra Militarum Part 1, and Part 2.

The Cadian Regiment tactics really wants you to stand still and shoot, with pretty much all of their rules either adding shots, or increasing the quality of said shots.

What it does:The list will have 8 Command Points after you stick Kurov’s Aquila on the Lord Commissar, this will allow you to refund all command points you spend on a 5+, and every time your opponent uses a stratagem, you GET one command point on a 5. More command points? Yes Please! 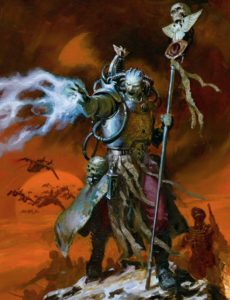 Having 4 Primaris Psykers and an Astropath gives you a large degree of access to the Psykana meaning that on the approach you’ll have a unit at +1 to save, and another at -1 to hit, not to mention the ability to auto pass morale on one unit, which is situationally brilliant. Finally once they close, you have 4 reliable smites, and some staves to smack people with!

The ShadowSword is there to take down other center piece models like knights, Magnus, whatever. Keep in mind, that you can either vengeance for Cadia if the target is Chaos to re-roll the world, or you can hit the target up with one of the Leman Russes to give the ShadowSword +1 to hit by using the Overlapping Fields of Fire strategem, along with either -1 to hit or +1 to save, combined with a personal Enginseer to ensure he lives as long as possible.

The sentinels and ratlings keep things from getting to you the first couple turns, the conscripts give you another turn or two. This means you have as many as 4 turns to blast your opponent to kingdom come between the Shadowsword, and Pask, with his other three dakka Russes which are there for clearing infantry off objectives, which they are very good at doing. while you use the fact that your leman russes and remaining conscripts are ObSec to score objectives. 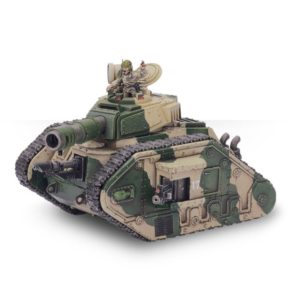 Additional Relics: the company commander is in there to be a flex relic, either relic of Cadia for one turn of SUPER gun line, or the dagger of Tus’Sakh to get an ambushing with a unit off the side of the board for progressive objective scoring.

Strengths: This list has the ability to kill a knight a turn, pure and simple. The Shadowsword can alternatively kill about 2 rhinos a turn to upturn the contents out so the leman russes can mulch them under weight of dice, this means the army can take down pretty much everything there is. Also do flyers have you down? well Pask hitting on 3’s re-rolling 1’s with 49 shots is a pretty good cure for those ails (apply additional dakka Russes as needed to reduce irritation).

Weaknesses: This list really doesn’t like progressive missions, it wants to sit still in the corner, and shoot the hell out of your opponent, this means that a particularly sturdy army will be able to run to objectives and keep some every turn, by the end of the game you will have almost tabled them, but there are definitely mission packets (the new ITC in particular) which are going to make games a race to cripple your opponent, then grabbing objectives to actually WIN the game. 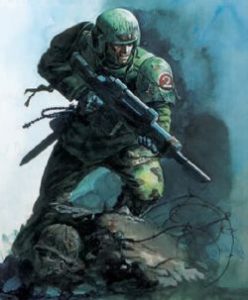 I feel this list shows a lot of the tools which Cadians love, lots of tanks, big guns, a faithful bodies for the Emporer.