The desert sands burn under your feet as you wait in position waiting to strike on the enemy below, your lieutenant receives the order, “From the Sands, for Tallarn!”  And Check the Tactics Corner for more great articles!

Hey Guys and Girls, BigVik here in the next article in my series where I explore the army builds made possible by the regimental doctrines in the new Astra Militarum Codex! This article will be discussing the Tallarn Desert Raiders!

Tallarn is a desert world which is nearly uninhabitable since a massive battle fought upon its surface during the Horus Heresy. Since then the Tallarn have re-settled much of the planet using tunnel systems, and short excursions to the surface. From a tactical perspective, the Tallarn fight using guerrilla tactics to strike from all sides, then fade away before a proper response can be brought to bear. This manifests in the extensive use of light infantry raiding parties, and fast moving tank columns applied to the right place at the right time 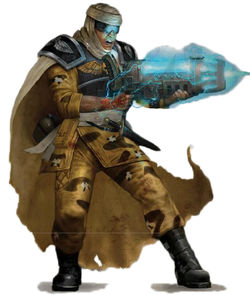 This list will be using a combination of light infantry to screen tanks and grab objectives, along with the ubiquitous leman russ to ensure the utter destruction of the target. 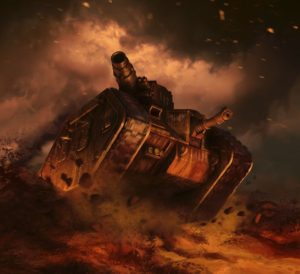 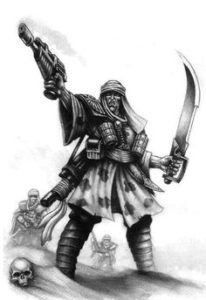 What the List does: This is a relatively self explanatory list, the infantry can move around and still fire at full efficacy, while the Leman Russes do the same, this makes this army very mobile, and very good at covering large swaths of the board. Furthermore the 4 anti tank leman russes should ensure that any single large target the NEEDS killing will be done, and any troopers inside that will be mulched by the combination of the mortar teams and the dakka Punishers. This list will love an objective heavy environment as even though most of these models don’t move more than 5-6 inches a turn, they will be moving every turn, if not advancing every turn with potentially little change in the list’s output depending on the unit.

What Relics to take: You will probably want to take the Dagger of Tu’Sakh, and combine it with the Ambush stratagem to bring in up to half of your army (in blocks of 3 from the stratagem, and 2 from the relic) ambushing off the side of the board to ensure your opponent has NO IDEA where to put their full efforts. 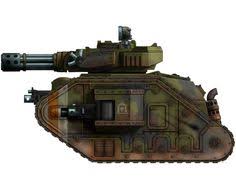 What the Strengths are: This list can play the hell out of a progressive objective game. It has a total of 13 ObSec units (Yes, the Tank Commander is also has the Leman Russ keyword) you can place bodies on every objective on the board twice in the game for maximum points output, assuming every one of them is destroyed the turn you execute this risky maneuver. And though this list doesn’t have the kinds of re-rolls that most lists do, it will put MASSIVE strain on your opponent’s target priority… unless he’s playing Khorne, then you’re just getting closer to him…. 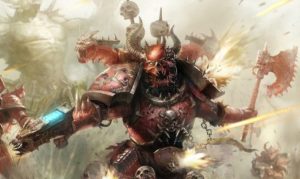 What the weaknesses are: The output of this list is somewhat lower than other lists, and highly mobile, killy assault armies will simply love that you’ve put a ton of units in their grille. Now this can be a double edged sword for your opponent as well. If you can properly place your units, those berzerkers can kill the HELL out of one to two units a turn, which in this list, if managed properly, just keep feeding em until they die to your guns.

All in all I love the mobility of this list. Though it doesn’t have the vehicles that the Steel Legion list had, it definitely does something similar to them, but from a completely different angle. Rather than having steel boxes to get you there, just use ALL the board edges as your deployment zone!

Well that’s it for this time, come back next time for more wonky list ideas from the new Astra Militarum Codex!