Let’s dive back into Astra Militarum and look at a list build using Armageddon’ts Steel Legions. Mechanized Infantry, GET ON THAT OBJECTIVE! Check the Tactics Corner for more great articles!

Hey guys and girls, BigVik here with the next in my series of articles highlighting list builds for the Armageddon Steel Legions!

These guys are mechanized infantry all the way, they field lots of small squads with an abundance of special weapons to make every squad capable of getting the job done, and have extended rapid fire range, making them quite sure that the maximum utility will be gained from those plasma guns! 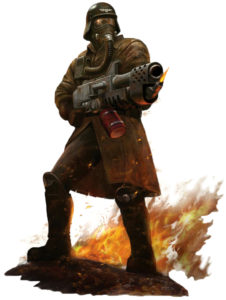 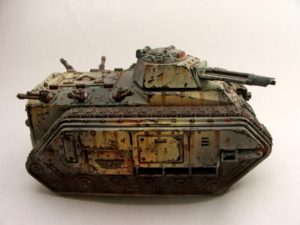 What the list does:This is probably one of the most sturdy lists I’ve built in quite a long time, and the only thing I don’t own is all the chimeras or I would be fielding this by next week! Between the commanders and astropaths you have tons of support to ensure your guardsmen can get maximum use out of those special weapons they brought.

The leman russes open up cans to ensure the other weapons can get to the creamy filling inside, while the sentinels and ratlings keep deep strikers from getting too close to your line on turn 1. 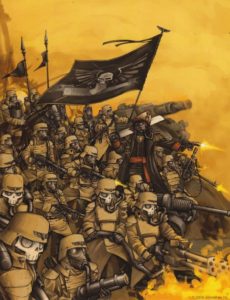 Though there is not an abundance of special weapons, the abundance of boxes with guns on them creates a situation where there is an absurd abundance of strength 6 and 7 shots, backed up by orders, and ignoring cover from the astropaths, you can force saves to such a degree that the one unit that NEEDS to die, will do so, and an abundance of single units means it will be very hard to wear your list down before the end of the game, making this list extremely good at taking and holding objectives.

If anything is a mission denial list, this is it, ObSec bodies on every objective every turn is definitely a thing, and with all the heay weapons attached to vehicles you’ll be throwing buckets of dice at the one target that needs dying. 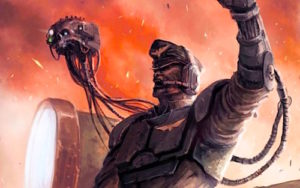 What Relics to take:The Armageddon relic doesn’t really do too much for this list, you’ll probably be best served by keeping to the eternal stand bys, the outlflank dagger, and Kurov’s Aquila. Between these two, you’ll be getting CP’s back AND be moving around at even more annoying angles for your opponent to deal with.

What its Strengths are: This is a mission playing list, you need an objective? You got it, surround it with boxes, run a bunch of dudes over to the marker to keep your opponent our of range, and win those missions! Let’s not forget the SHEER number of command points you’ll have access to, you can have quite a bit of tactical flexibility to ensure your opponent really has to work to remove those units from objectives. 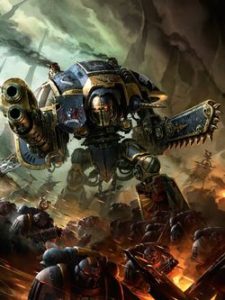 What its Weaknesses are: This list just doesn’t have as much killing power as other Guard lists. If the player doesn’t have good target priority, then this army can potentially be picked apart over the length of the game, and lack of proper positioning will cause the Guard player to lose shooting once the lines fully engage.

Between all of these skill of both the player and the opponent becomes the primary strength and weakness of this army, if you want to try an army like this, make sure you get some reps in as I can see this becoming a monster on the board, but only when properly fielded, otherwise, as I said before, it can get picked apart.

That being said, I love the mechanized infantry theme of this list, I want to see what you guys would build with this Regiment, post in the comments!

← Signals from the Frontline #568: Tyranids on the Way!
Big News from Games Workshop! →