As we work our way through the new Astra Militarum Codex, we find ourselves at the Vostroyan Firstborn, now let’s dive in! And Check the Tactics Corner for more great articles!

Hey guys and girls, BigVik here again with the next in my series of articles about list builds highlighting each regiment in the new Astra Militarum Codex. This week we talk about the Vostroyan Firstborn!

These guys are very interesting with how they are represented on the table. Vostroya is a semi-forge world headed by Techtriarchs which makes them a mix of Cult Mechanicus and Imperial Government. Due to the strong relationship with the Cult Mechanicus, Vostroyan Firstborn units have finely crafted heirloom weapons which are noticeably superior to those of other Guard regiments. Combine this with a long standing tradition of martial excellence and you get a family of regiments which have some of the best soldiers, fighting with some of the best equipment the Guard has to offer! 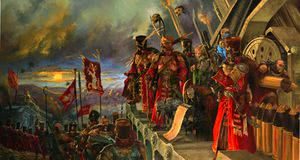 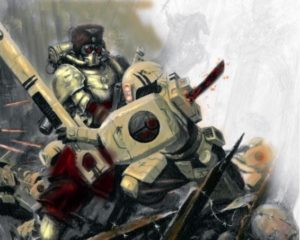 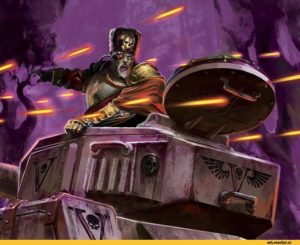 What the List does: This list is a twist on the typical conscript screen. Because there are 6 separate squads it will be hard to clear all of them in one turn, the fact that each unit has a special and heavy weapon means they will probably be putting work in for about the first two turns, especially with the extended range of weapons, this means your opponent will need to clear the screen as much as anything else, making target priority even harder for your opponent. With an abundance of mortar squads and anti-tank leman russes, you can count on taking down 2 average profile tanks a turn, and clearing away a squad and change of a space marine squad. If your opponent is playing another gun line you can spread your army out to score objectives to further confuse target priority, allowing those leman russes and mortar teams to keep doing the Emperor’s work. 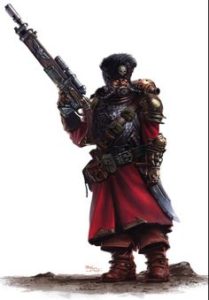 What Relics to take: If you are afraid of having your warlord sniped out, it may be a good idea to take the Vostroyan artificer armor, increasing your warlord to T4 and 2+/5++, otherwise I think you’re going to want to keep to Kurov’s Aquila.

What the Strengths are: This army is definitely MSU if I’ve ever seen it. There are a total of 30 units in this army, and every one can do work in some capacity. This ensures that you can either castle up to gun your opponent down, or spread out to threaten objectives throughout the board to scare your opponent into having to kill otherwise low priority targets.

What the Weaknesses are: The weakness of this list is the fact that the units themselves, with the notable exception of the leman russes, are very squishy, thus with proper target priority your opponent can clear several squads a turn to keep you off objectives while they score objectives, creating a scenario where this list will be kept off the objectives, killing just about everything on the table, but still losing if there is progressive missions. 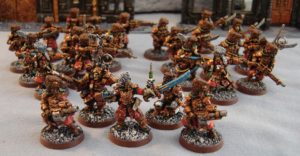 With all that being said, I love the feel of this army, though it still has the horde feel of Guard, there is a certain quality to the way these guardsmen are being fielded, whereas other lists want to have conscripts, the extended range of the Vostroyan guardsmen ensures that you want to have the maximum number of models doing actual work, hence loading the squads with high output low cost weapons.

Well that’s all I’ve got for today. How would you guys build a Vostroyan themed list, post it in the comments below! Come back next time for some more coverage of the new Astra Militarum Codex!