So it should be no surprise to anyone that 8th edition is very different from previous iterations of the game, and this is especially true for Tau. Many of their core mechanics (JSJ moves, Markerlights, etc) were significantly changed or removed and this has a lot of Tau players crying doom and gloom- but I’m here to tell you that it’s not half as bad as people would have you believe; in fact, Tau are doing quite well in the new edition. Check the Tactics Corner for more great articles. 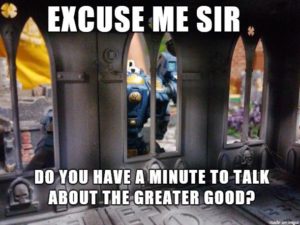 If you pay any attention to the word about Tau on the internet, likely you know what everyone is saying: Tau are over. The faction is busted. Everything is bad and worthless and nothing we have is good. Every special ability has been taken away, every weapon is overpriced, and every unit is trivial to kill. Without the jump-shoot-jump moves on our jetpacks, the whole army gets assaulted on turn 1 and never gets to fire a shot. And it’s impossible to first, and you’ll always lose at Kill Points, and about a hundred other problems besides.

The reality is a lot more complicated than that, obviously. Yes, a lot of Tau units have been made more expensive- especially the ubiquitous Riptides and Broadsides of last edition, but also many others. But it’s worth remembering that a lot of things got more expensive in the new editions, so that should come as little surprise. We’ve lost the raw power of using Markerlights to enhance a single unit to absurd levels of deadliness with its guns, but they can now be more useful in buffing the army as a whole- and since many factions lost their buffs entirely, Markerlights are a big deal. 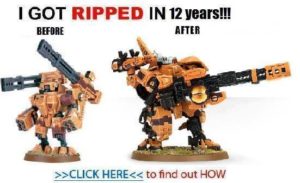 Tau are still good at what Tau have always been good at- shooting hard and avoiding close combat. The ways they do these things have changed, but those facts still remain largely unchanged. However, where Tau have lost some of their strengths in terms of being able to eliminate virtually any single unit they please with a volley of fire, they have gained significantly in another important area- survivability, not to mention huge upgrades in utility thanks to newly-improved Support Systems. But let’s go through things piece-by-piece, to examine the hows and the whys of it all.

The statlines are most Tau guns are still second to none in a lot of respects; Railguns are purely superior to their equivalents in other armies such as Lances or Lascannons, and they still have abundant (and efficient) access to medium-strength weapons like Missiles and Ion as well to handle other classes of targets. Add in the massed S5 available to their infantry and drones, mortal wounds off of Seekers/Destroyers, and just generally-good numbers on a lot of guns and you have a strong starting place.

Now, Tau Ballistic Skill certainly leaves something to be desired, but that isn’t universal; there are BS3+ and even BS2+ units with very effective shooting available many places in the codex, even discounting the potential bonuses from Markerlights and Support Systems. Yes, some of our platforms are sadly not as accurate as we might like, but every codex has units that are lacking in it; the trick is, you don’t have to use those units if you’re playing competitively. And the codices published so far, as well as the FAQs, have given strong evidence that GW is willing to reprice units that are clearly underperforming, so I think we can expect some of the more lackluster choices to get some improvements once Tau have a proper book released.

Moving onward, another advantage Tau have is mobility. Their battlesuits have higher movement values than units in most other codices (ranging from 8″ to 12″ in most cases), and their vehicles typically have numbers that are on the high side as well. More importantly, however, is the Fly keyword that is almost universal to Tau’s larger units; this not only gives them an advantage in moving about the battlefield (by letting you ignore terrain and units as well as get into the upper levels of ruins and whatnot), but more critically it lets you escape from combat virtually without penalty. Opponents that attempt to do something clever with a charge and lock your units in melee will find that Tau are quite happy to simply walk away from things without a care in the world, even when you completely surround them with models.

I can’t overemphasize how important this is in the new edition. No more do you have to worry about getting “lucky” and having something stay locked in combat with the enemy- now, you can simply disengage at will, with any unit, and take your normal shooting phase against the enemy as you please. So long as your models don’t all die off (which we’ll get to in a moment), being charged by the enemy is no longer the end of a Tau gunline; indeed, in a lot of cases all it does is put them directly in front of your strongest weapons. 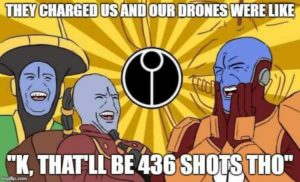 We mentioned surviving a charge a moment ago; previously this might be a very dicey problem for some Tau, and often even more so when it came to ranged firepower. Many battlesuits were extremely squishy for their cost/damage output and might dash off the table following a single bad morale check (another area where Tau suffered.) Now, however, Tau can boast some of the most resilient heavy shooting platforms in the game thanks to the Savior Protocols rule. Savior Protocols essentially allows you to use any drone squad within 3″ of a battlesuit or infantry unit to take wounds for them- so not only will losing some drones not cause your Crisis to flee off the table, but several squads can potentially all use the same “pool” of drones to keep themselves alive. At eight points a pop for the drones, this is a pretty fantastic way to buy extra wounds for most units out there, and it gets more efficient the larger your units are. (Watch an opponent try to shoot a Tau’nar to death only to see drones repeatedly commit suicide in its stead and you will quickly understand the definition of frustration.) Combined with the general increases in suits’ profiles (Toughness, Wounds, etc) and you have units that can hold up against a pretty shocking amount of enemy firepower in many cases, regardless of whether it comes from shooting, melee, or psychic powers.

Last of all, we have the new Support Systems. Now, many players have glossed over these, but the truth is they can be extremely relevant to a unit’s role because many of them give extremely strong bonuses that other armies would have to take a psyker for or otherwise rely on some sort of random die roll. Being able to move and fire without penalty, improving the AP of all your weapons, adding bonuses to hit against Fly units, and taking free shots at reserve units are all things that can seriously effect a game, and they are mostly available for a fairly trivial number of points. Especially on the larger suits that get multiple support systems without needing to give up weapons, Support Systems can completely change how a model functions and should be given serious consideration. 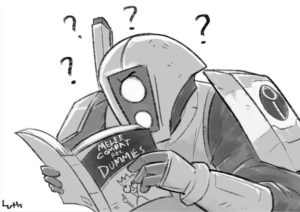 The Bad and the Ugly

Now, I’ve been pretty positive about things so far, but I don’t want to sugar-coat the truth, either: some parts of 8th Edition are not great for Tau. The loss of allies outside of one’s own race means that Tau are stuck doing it for themselves, and with lackluster troop units and no psykers that can be a serious problem. The various Tau monsters are also a lot more fragile (in the absence of drones, anyways) due to alterations in how weapons and wounds work. And the modicum of melee that Tau possessed through its various big suits has been completely dragged under, leaving them with no realistic way to function in close combat against anything but the most trivial of opponents. They also lack the effective chaff units to absorb Smite spam from enemies  as well as tools for getting around armies that abuse characters, both of which are serious problems against the top-tier lists right now.

So Tau aren’t doing fantastic so far; they have gotten some decent placings at larger events, but I think from the looks so far they are panning out to be an upper-mid tier combatant in the scheme of things. But that is about where they were last edition as well- Tau often made appearances in the upper rankings of major tournaments, but very rarely managed to win them outright (despite constant screaming about how Riptides were ruining the game.) Tau players are going to have to adapt their strategies to how things work these days, but shouldn’t feel like they are shooting themselves in the foot by choosing to stick with the faction, as it has a lot to offer even beyond the ubiquitous Commander spam.

Tau also lack artillery other other, similar long-range weapons that ignore line of sight; in fact, though they possess some of the longest-range weapons in the game in the form of various types of railgun, in general Tau are outranged by most Imperial shooting armies because the majority of their firepower is only effective in the 18″-36″ bracket, whereas other armies can often function at 48″ and thus take better advantage of some of the more distant deployment types.

Last but not least, Tau armies generally end up with a large number of units in them that can make going first a problem; they are not the worst in this respect, but with typical Tau armies coming in with 15+ deployments there are plenty of armies that can easily go ahead of them. With alpha strikes being such a critical part of the game, this can sometimes be an issue, so always build with the potential for getting second turn in mind. 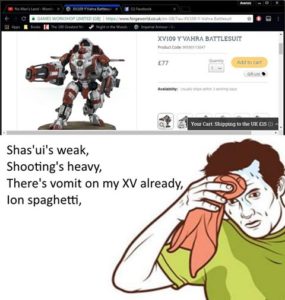 So, I’ve talked a lot about generalities for the Tau so far, but let’s finish things up with some specifics. This is my shortlist of go-to Tau units in various roles; while it’s not an exhaustive list of everything that I ever use, if you find yourself struggling to compete in your local meta it may be useful as a starting point for piecing together an army and/or filling a particular role in your force.

84 Responses to “Tau in 8th Edition: An Index Overview”