Sisters of Battle: the graceful transition from 7th to 8th Edition

You are here: Home › 40K › Tactics › Sisters of Battle: the graceful transition from 7th to 8th Edition 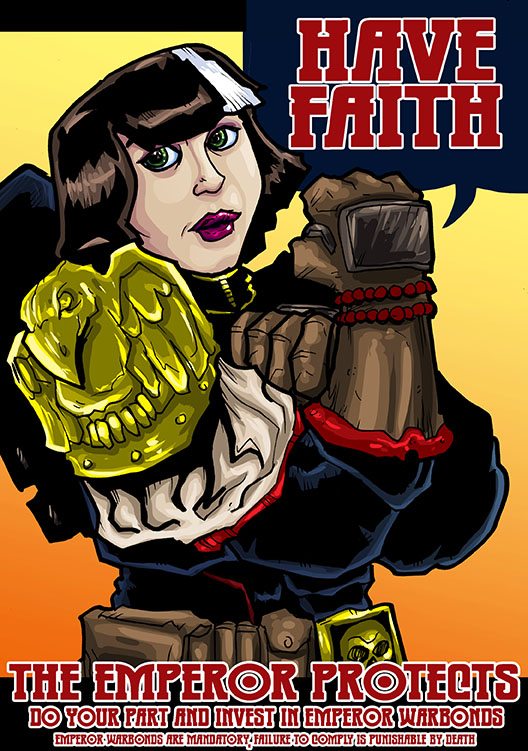 Guest writer Nell brings us her thoughts on playing Sisters in 8th ed. from 7th. As always, be sure to check the Tactics Corner for more great articles!

I ran pure mechanized melta in 7th edition. My tournament list included 5 Repressors and 3 Exorcists, and a grand total of 17 melta guns and 4 combi-melta, plus 3D6 of the 48” missile equivalent of melta shots from the Exorcists. 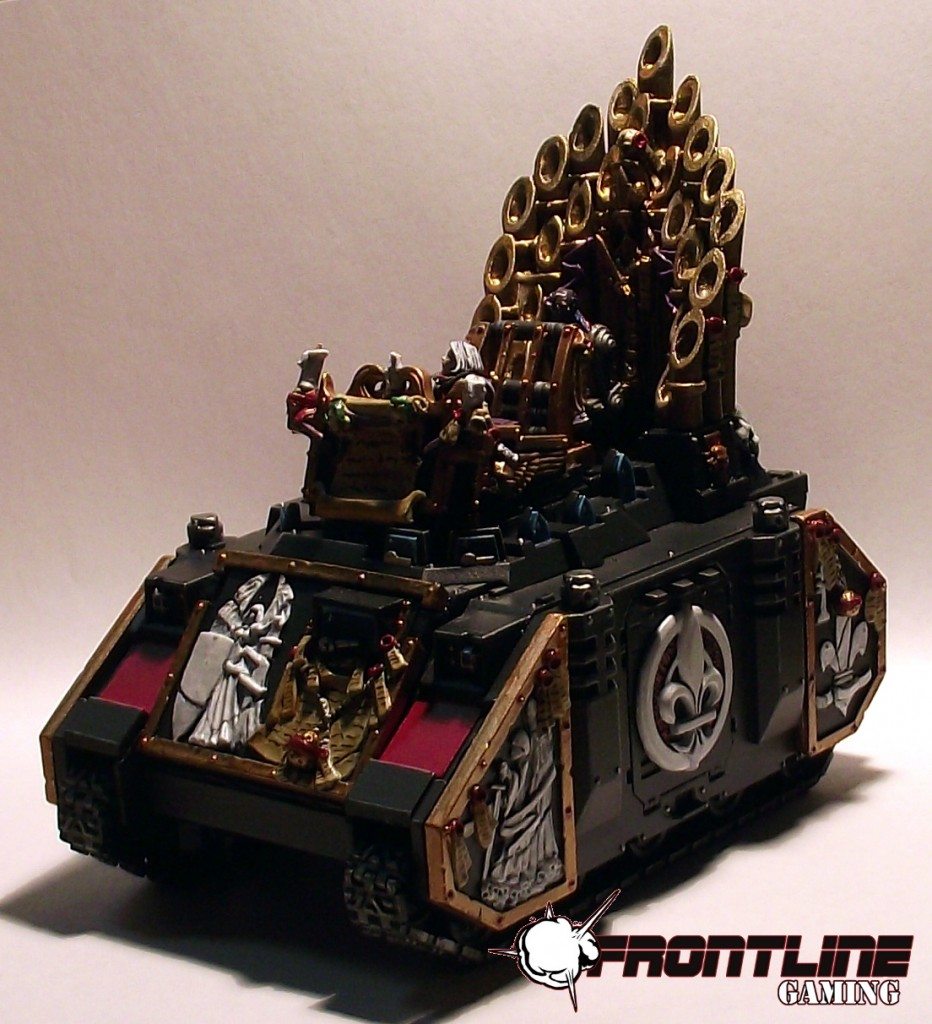 It’s a combination that was frustrating for lots of armies: half of the melta shots ignored cover saves once a game (I see you there, 2+ jink). The Exorcists usually castled up on top of a skyshield with the Canoness Verydian for precision shots (I see you there, death star apothecary). Armor 13 on the vehicle fronts was essentially inaccessible to some army’s shooting attacks.

My biggest frustration, however, was range. The 7th edition Repressor could only move 6” and still shoot, woefully inadequate when paired with the 12” melta range and only exacerbated by particular deployment types. I thought of my army as a “turn 3 late bloomer”, which was approximately how long it would take me to get to the meat of the table to inflict some real damage. Unfortunately, I often didn’t last that long. Once a tank popped, the sisters inside were rarely able to hold their own. 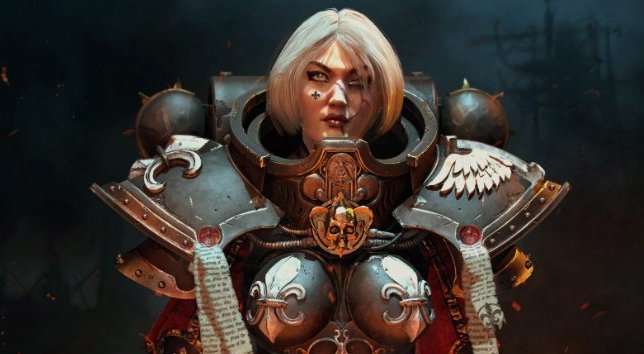 Fast forward to 8th edition. Sisters of Battle are still a fleshy T3, and gun range is still an issue, but neither of these is debilitating because sisters have become a hyper-mobile force. My 8th edition lists still feature many of the same units as my 7th edition list, but I’m not waiting until turn 3 to inflict damage. Dare I say it…sisters can even alpha strike!

8th edition has breathed new life into the stale sisters strategy, and I’ve found several units to be absolute powerhouses in terms of efficiency and resiliency.

In terms of designing an all-comers list, I like to choose units that can each focus on commanding the backfield, midfield, and frontline. The units in the backfield hold objectives and prevent enemy deep strikes, the units in the midfield are in charge of pushing your board control forward or tightening up a flank, and the units at the front line are used to break up your enemy’s backfield and expose fragile characters or objectives.

Sisters of Battle in 8th edition have units that fill each of these niches. 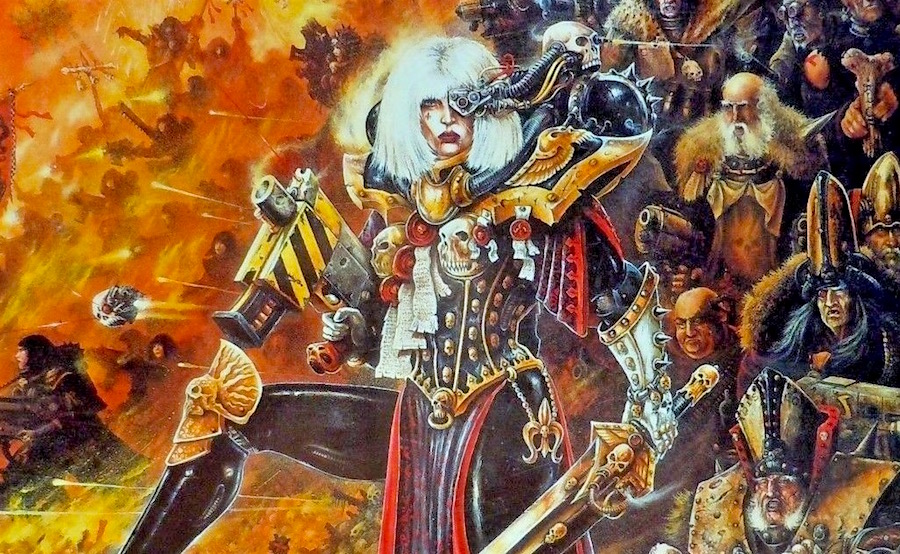 What does that look like in my list? For the backfield, I include two exorcists that I generally park on or near objectives. While the Exorcists aren’t the best unit available (I’d even venture to say that they are over-costed at 160pts), toughness 8 with 12 wounds and an invulnerable save is more resilient than you might think. When paired with a bare bones Canoness (45 pts) for the ability to re-roll hits of one, you can mitigate the exorcists’ often temperamental damage output.

For midfield, I run two Dominion squads equipped with melta in Repressors. First turn they can move 12” (scout) + 12” (movement) + D6” (advance) and still shoot their five 12” range melta guns (of course, at -1BS and foregoing the vehicle’s shooting attacks). They are an incredibly mobile unit and bring a ton of flexibility to deployment. Their scout move is done *after* the roll to seize, allowing you to move forward toward assault or to move backward out of line-of-sight accordingly.

For frontline assault (offensive midfield? Wish I knew moar sportsball), I pair Celestine and her Geminae with a large Seraphim squad, armed with inferno pistols. These two units are the most frequent recipients of the holy “Acts of Faith”. I will usually hide these units in cover first turn to weather the onslaught of enemy fire, and then use both acts of faith to award an extra movement phase to each squad. That means Celestine and the melta-armed Seraphim bubble-wrapping her can both move 24” first turn, and still shoot and assault as normal. 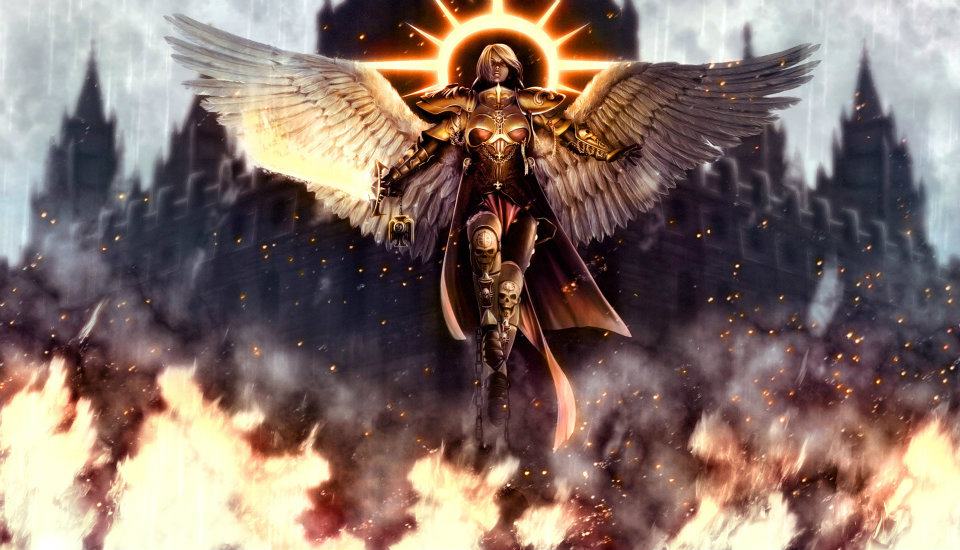 With your backfield, midfield, and offensive front sketched out, the rest of your list can be filled in to suit your play style. That could mean adding in lots of troop units for objective secured access and alllll the command points, or adding in some units to deal with hordes/blobs.

If you’re looking for the latter, the Penitent Engines are a great option — the double heavy flamers are consistently useful, and the potential of 8 attacks at S10 AP-2 2D plus re-rolling all failed to-hit rolls with zealot is gnarly for a mere 135pts. Their biggest weakness is that they are slow (7”) and fleshy, at T6 and 7 wounds and only a 4+ armour save; prisoners ain’t special enough to get #blessed with the shield-of-faith invulnerable save. #notblessed.

While not Sisters of Battle, the Vulture Gunship is another one of my favorite and consistently useful units that has a ton of synergy with the Sisters army. If you outfit it with the twin punisher gatling cannon it’s exactly the same cost as an exorcist (160pts), and you get a horde-crushing 40 shots at S5 that ignore the movement penalty if targeting ground units (strafing run).

…and there you have it, the skeleton of a well-rounded 8th edition Sisters of Battle list! I’ve found Sisters to be a versatile, strong force thus far and I can’t wait to see what their new codex will bring.

16 Responses to “Sisters of Battle: the graceful transition from 7th to 8th Edition”