Knowledge is Power: Tells, Information Gathering and the Art of Wargaming.

You are here: Home › 30K › 40K › Age of Sigmar › Tactics › Knowledge is Power: Tells, Information Gathering and the Art of Wargaming.

Hello Frontline Gaming addicts SaltyJohn, from TFG Radio, here with an article all about how to use knowledge your opponent gives you about themselves to your advantage. Enjoy!

Poker is one of my favorite games and I am fairly good at it.  I can’t be a pro or anything but I make out well in the “home” games I play in and normally I turn a small profit on my trips to Vegas.  I am not exceptionally gifted mathematically, nothing like many of the Warmachine crowd; but I have really good instincts when it comes to poker and wargames in general.  Instinct in 2 ways; I have read about, and played enough, poker that I have a feel for the statistical probabilities involved in a hand, and the second is my ability to quickly and often by instinct gather information from my opponents.  I play the player not the cards in poker, and I often find myself doing this in wargaming as well.  Miniatures games are fought on more than the 3 dimensional table top, there is a significant mental and emotional aspect to the “war” being fought between the two opponents.  All aspects of wargaming require knowledge.  Knowledge of the game system, armies, FAQs; but equally important is knowledge of the local Meta, your opponents local Meta, his/her current standings, how their last game went etc.  Competitive Miniature Wargaming has more to do with poker and information gathering than you might think.  The Blood Ravens in 40k lore have a motto; “Knowledge is power, guard it well.”  I may not be guarding it well by writing this but don’t expect me to reveal everything…  More after the break. 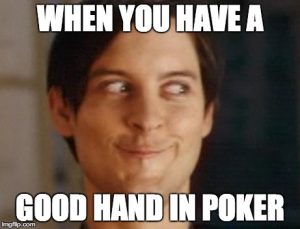 So what exactly is the point of all this?  Simple, if you know your opponent well enough you can beat them even if your army “has no business” beating their list.  I have kept a decent record of my Wargaming travails over the years and I noticed a few years ago that I tend to lose to someone I don’t know well, whereas I have excellent win/loss records against people I know well.  I began to think about this and how I can curtail the trend.  It was important for me to combat this trend.  I found as our FLGS grew and I went to more tournaments where I didn’t know the participants I would lose a lot of games to strangers, thus keeping me from performing as well as I knew I could.  I came up with a simple idea, if my lack of knowledge about an opponent meant I would lose more often I needed to gain information prior to our match.  I also began to create a Wargaming Personailty Chart based upon different factors like a persons army selection, personal appearance, how they organize their dice, army appearance, and several other factors.  Much like the way Caro created his book and video series “Caro’s Poker Tells”.  This is easier to do for poker but has proved to be somewhat useful.  Information gathering from specific opponents was the real key to what I wanted to accomplish so that’s where we’ll start. 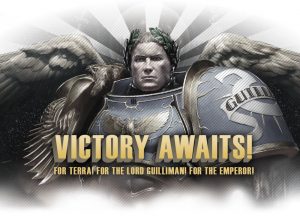 Learn to read your opponent. Don’t just follow a script.

There are three types of information gathering in competitive wargaming.  Pre-match, In-match, and Post-match. The most effective time to gather information is before the match even starts.  What sort of information do you want?  Besides the obvious like what army someone plays you need to learn about the player themselves.

There are other things to find out of course but you get the idea.  I know someone, somewhere, is going to read this, write down the questions in a notepad and go to a tournament and start asking these verbatim to everyone they play while writing down the answers.  Obvious spy is obvious, don’t be the Bill Belichick of wargaming.  Gathering information is completely fine, ethical, legal etc, being a moron about it and annoying is not.  I don’t grill my opponents, it isn’t an interrogation.  Rather these questions often come up naturally in conversations before a match anyway, just be conscious of it and don’t passively listen and dismiss valuable information.  This information is most valuable because it will allow you to actually utilize the knowledge immediately when the game begins.  When does the game begin?  Once you’ve started deployment the game has begun, regardless of game system. 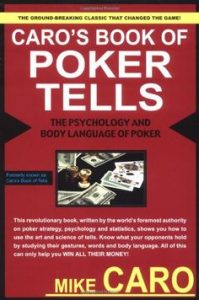 In-game information gathering is useful and somewhat similar to pre-game gathering.  You’ll want to continue to have a conversation about wargaming and get more in-depth answers to your basic questions but observation is equally important at this stage.  Watch how a player reacts to things that happen on the table top, whether they are your actions or his/hers, they can give you a wealth of information about your opponent.

Again these are just basic guidelines, I am not going to tell you everything I do, but following them can be very beneficial.  Many years ago in 5th edition I got paired up against a mech SW player in the final round of a tournament and I was playing my old Grey Knights army.  I had the top of the turn, and turn 5 I was beginning to make objective grabs.  I “summoned” Paladins to contest an objective and then began to measure my Stormraven to move flat out toward another objective to grab it with the Henchmen inside.  That objective was within 10 inches of the left side of the board, my opponent went wide eyed and began to fidget a little when I did this.  I stopped and thought and remembered I had completely forgotten about his 10 man SW Scout unit that was going to automatically come in turn 5, I chose another objective that was closer.  I would need to assault some GH and Long Fangs off of it but he would have no units to get to that one by the end of turn 5.  Being aware of your opponent in game, whether linguistically or not, can provide you with just the right information if you can keep a level head.

Post-game information gathering is important but won’t help you at all to win the game since it is now over.  A lot of times players will be upset about a loss, especially a hard loss to a new opponent at a top table, and they will roll up emotionally like a pill bug and not want to discuss it with their opponent.  If you are one of these types of players you need to stop.  1. It is a bit rude to your opponent, trust me he/she notices, so act like an adult, 2. You need to get as much information about your opponents thought process as possible so next time he/she won’t beat you.  A few things you need to think about for post-game information gathering.

So, now we know how to gather some information from our opponents.  It is up to you to figure out how to use that information I won’t do that for you.  I did mention the Blood Raven quote though: “Knowledge is power, guard it well” and so far I have only talked about how it is powerful but not explained the guard it part.  Please note, if your idea of “guarding” information is lying about a rule you aren’t guarding knowledge you are cheating.  So how do you guard your knowledge?  Pretty simple; don’t offer up all your strategies.  If your plan is to use Magnus as a distraction unit while you use your 300 points of summoning to try and bring in Exalted Flamers, don’t talk about it at length prior to the game. Don’t purposefully with hold information that you need to disclose but don’t win the match for your opponent either.  Guarding knowledge well doesn’t involve cheating it involves being smart about giving your opponent the information they need to play the game fairly and within the rules but nothing more.

Like I said I am not going to hold your hand through the process I have for every game against a new or unfamiliar opponent.  Hopefully I have given you enough food for thought that you can build your own information gathering system to help you win some games you might otherwise have lost.

It’s… a potentially “dirty” trick, but I’ve carried it over from MTG.

If I’m playing what I view as a potentially strong opponent, they they appear “too” confident, I’ll purposefully change my demeanor to appear a little more sullen about rolls, or actions. Not complaining, but feigning a bit of weakness. It tends to goad them into being more aggressive and making mistakes, allowing you to capitalize on that false confidence.

These games are all just as much mental as anything else. You make decisions, and getting in someones head is part of that, gaining some extra information by gaming that is just as fun. Haha.

A good read, and food for thought.

One day I won’t be such a gong show standing over the tabletop that I’ll be able to think beyond – crap where’s my tape measure???

That is why I have 3 tape measures