You are here: Home › Age of Sigmar › The Ninth Realm Episode 57 – Nurgle Rises or Why 2 am Taco Bell is a Bad Idea

This week we have Jason and a special guest, Frankie!

Firestorm brings grand strategy and empire building to Warhammer Age of Sigmar. You and your friends will battle across the Flamescar Plateau in the Realm of Fire, and your actions will shape the map itself; you’ll even be able to build and upgrade your territories with garrisons, altars and more. Your campaigns will be richer than ever, with your every battle having a tangible impact on the world, but the tokens and the map can be reused and combined so that your new campaigns will feel fresh.

Along with the campaign book we are getting new army boxes for the forces of the great cities, each a mix of miniatures from the forces of order lines that represent the cities they are from. 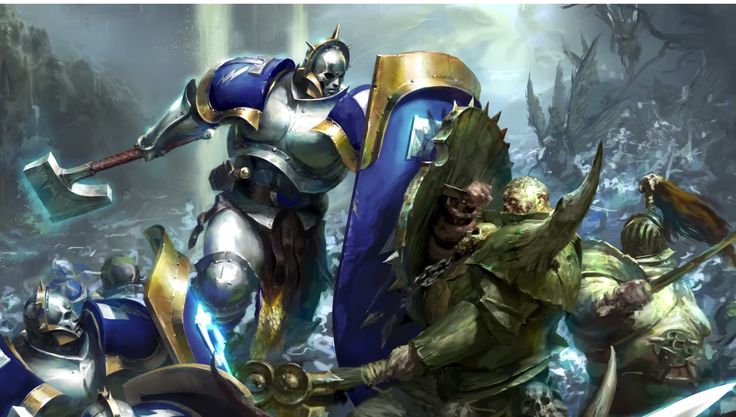 So excited! GHB2 will bring a welcome shakeup and a Nurgle Release might shake the meta super hard too.

GHB2 is going to be great