With a several games and a GT under my belt, it is time revisit the Drukhari. In my previous articles, I worked from the various updates from the Warhammer community page. As many have experienced, the depth of the new Warhammer is not in the rules but on the table. It is time share some of my findings with you. Check the Tactics Corner for more great articles.

This week we will focus on the Kabal Units. 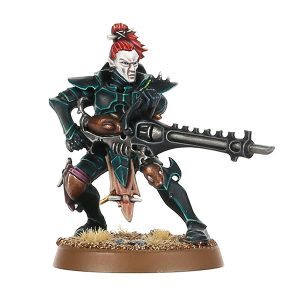 The Archon represents the cruelty and lethality of the society of Commoragh.  On the tabletop he provides some hidden gems that are not as obvious as the other HQ counterparts. The will of the Archon is imposed on subjects, so all kabal units use the Archon’s leadership when within 6”, which equates to a +1 or +2 if the unit champion was slain. Most players move on from there not seeing any of flashier buffs the HQ choices give, but like any dastardly scheme, the Archon has a hidden agenda that will reveal itself to their foes when it is too late for them to fight back.

For each Archon you can take a Court of the Archon that does not take up a force organization slot. The models within the court are a ragtag menagerie of creatures from various conquests. More importantly, any Court of the Archon models with 6” of the Archon can reroll failed to hits. Yes, in the shooting & fight phase.  There are several options to choose from, but my go to choice is 4 Sslyths. They have effective shooting with Shard Carbine. They are a threat in the fight phase with 3 attacks with a -1 AP close combat weapon, and are resilient with T5, 5+ invulnerable save with 4 wounds each. More importantly, on a 2+, the can take a wound for the Archon.  The group of 5 fit nicely in a venom for added movement.

Kabalite Warriors and Trueborn are at their best when you use the new Warhammer goodness to split your fire. Trueborn on a Raider comes packing heat with 3 dark lances and 4 blasters on a fast moving platform with the fly keyword. Warriors offer something neither the Wyches or the Wracks do in that they have effective shooting at range. Moreover, they are cheap enough to either use in ten model units to get the blaster or dark lance or use in multiple 5-model units with overlapping fire lanes. 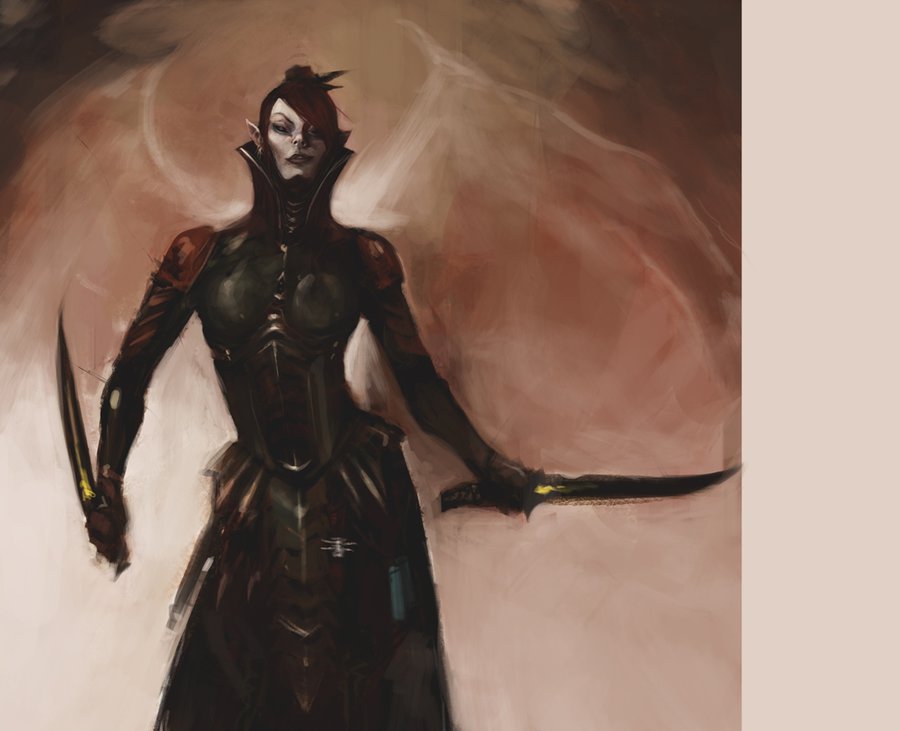 Though not unique to the kabals, you can insert these next units into any Drukhari list and have an immediate effect. When I first wrote an article based on the Warhammer Community updates, I was a big fan of the Ravager. After several games, it is a necessary have. The Ravager is mobile firebase with the fly keyword that is deceptively fast since all weapon options are assault, meaning you can still shoot after advancing. This fits well into the lore of the Drukhari and a strategic asset. It has tremendous fire output in any configuration, and like the kabal units, benefits from the new ability to split fire. This gives the ravager newfound versatility in that you mix Dark Lances and Disintegrators on a single Ravager and pick your targets.

Much of the internet chatter about flyer spam focuses on Stormravens, but the Drukhari have two excellent flyers that can be a benefit in any list. The Razorwing Jetfighter received two major improvements. One, the aforementioned ability to split fire to different targets allowing a player to engage multiple target types per turn. Secondly, the player now has the ability to choose missile types each time it shoots. Previously, players had to guess during list construction will the role of the Razorwing be anti-tank or anti-infantry. Now it is a truly multirole attack craft. The Voidraven Bomber has all these benefits as well with addition of the much improved Void Bombs to drop Mortal Wounds on targets

Where is the example list??? COME ON!!!! Thanks for the write up!

I have found the same thing. My only disagree with the Archon. A leadership buff is almost useless on the actual table top especially when on turn 4 the power from pain table means DE don’t care about it. Plus it doesn’t work from vehicles and the Archon is severely lacking the punch or durability to roam around outside of one. Court is good but over priced. Where are the re-rolls to hit for kabal units? Or how about improving the poison ?

Personally, I wouldn’t take a 10 man kablite squad in a raider, I think it’s better to just take 2 X 5 man squads each with a blaster in a raider.