Chapter Tactics is a 40k podcast which focuses on promoting better tactical play and situational awareness across all variations of the game. Today PeteyPab and BAO 2-Time champion Brandon Grant talk about the 8th edition meta, cover ETC, go over BAO results, and what it takes to be the very best. That no one ever was. 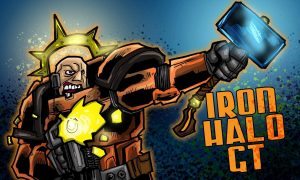 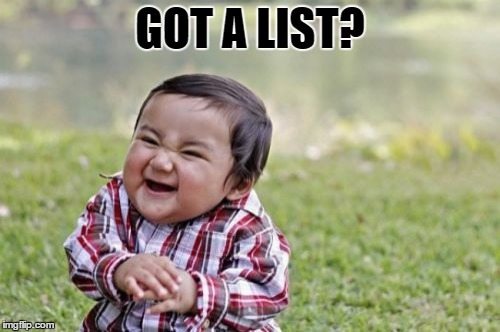 I’m with Brandon Grant there when it comes down to the shortcomings of 8th ed. I think we need better cover rules, straight-up. If it becomes easier to hide some units completely (75% hidden?) AND it becomes easier to get cover bonus through terrain for others, then the alpha strike gets a medium blunt and it comes down way more to player skill (who need to balance being defensive in deployment with aggressive positioning for the objective game in later turns).

Yes, this is a good simple solution to fix “win on turn one”

As an owned of both AdMech and Chaos Daemons, I have to admit that the armies aren’t in a good state right now.

AdMech face the problem of having too little to play with. At the moment there are 3 main things they have: Cawl, Onagers, Kastelans (and maybe Ranger snipers). Everything else is really subpar compared to what other armies have access to. The 4 main problems are: big lack of mobility, infantry is WAY too expensive across the board, only 1 viable HQ (Cawl) since Dominus is horrible since you’ll always have cawl and they are one of the only(if not only) armies to have a “detachment only of this army or lose cool stuff” rule in the index.

Daemons are in an even worse state. They are carried by the brimstone spam. If they get nerfed – daemons might as well go into the dumpster. All the complexity and utility was striped, leaving them the most basic “move and punch” army in the game. For an army like that to work, they have to be overstated. Are they? Let’s look closer. I’ve used Genestealers as a balancing point as daemon non-monsters have to be as strong as they have too little tools right now. I’ve made an excel spread sheet of damage per point on their best target. Genestealers are 0.11 ratio. I’ll compare units with them like this (unit ratio:0.11(to remind you in case you forgot)). Keep in mind that this is disregarding the really strong mobility and T4 that genestealers have so mostl daemons should be higher than that ratio, right?:
Khorne – oh dear god why. They are by FAR the worst subfaction:
BT(aka Wrath of Khorne because why would you take anything else. They really need to have differing pts values) – shot dead turn 1 or reduced to, at best, 8” of movement. With wings counting as “visible” you can’t hide it. Even going first and advancing you still will not attack anything you want to attack on turn 2 as the enemy will just put their screen in the way and you can’t fly over it with just 8”. Oh and this costs 340 pts. Compare this to Magnus, Swarmy or anything else at the same-ish price on other armies. It’s a joke. At 200 I might take him.
Bloodletters – these guys actually have a place now with the PL and pts drops in CSM codex – letterbombs with summoning. They hit like a truck(0,139:0,11) <– after the 2 pts drop
Bloodcrushers – really slow for a cavalry, doesn't even hit that hard (0,086). Vulnerable to multiwound weapons – so less survivable than Genestealers, slower, and do less damage (this will become a trend)
Flesh Hounds – got slower but can now deny psychic powers. However they are really lacking in damage(0.06:0.11) and survivability. And still less mobile than genestealers.
Skull Cannon – this makes me want to puke. Ranged damage comparison for the "lulz" (0.01:0.11). Wow. Is this a sick form of a joke? It needs to cost TEN POINTS (instead of 100) to do the same damage as genestealers. (ofc ranged should do less and they can fight in melee somewhat, but still).
Karanak – awful. Has no impactful auras or anything and does no damage (0.039:0.11)
Skulltaker – really bad stats but a pretty good aura making you not take squads of 30 letters. (0.04:0.11)
The only good Herald is the Blood Throne version. Others are lacking.

As you can see Khorne is in a really bad place now. Most things should get a pretty chunky price drop or gain some abilities to compensate. Should I continue to Tzeentch(who are really bad since they lost psychic powers and got nothing as compensation. Also lol screamers), Slaanesh(who are way too squishy and in general are slower, less durable and do less damage than genestealers (seekers are an exception)) and Nurgle(who are actually doing pretty OK)?

The points reductions of the troops is a step in the right direction. As they were already the best unit we have(still not up to par with other ofc), I assume other daemon units will get hit by even bigger points drops, right?

While I tend to agree with what your saying, demon princes are pretty darn good as well. 6 attacks at 7/-2/2 hitting on 2’s, rerolling 1’s, hidable behind screens, casts smite.
I’ve been having fun with 5 dp’s (using different God’s to maximize the number of spells I can cast a turn), typus, 100 pox walkers. Yes, brimstone’s are more cost effective than poxwalkers, but zombies?

Notice I didn’t mention DPs. They are actually good

I agree, as I mentioned in the podcast. Brimstones are the only thing keeping Chaos Daemons relevant.

I think they will be the biggest codex cinderella story when they finally get their codex though. Traditionally the factions has always had a lot of complicated game breaking mechanics. So we can’t stick a forkm yet.