You are here: Home › Tournament report › The State of the Meta v1.1

The readers requested it and here it is; a spreadsheet that everyone can see to look at the overall tournament performance of each faction.

How to read the spreadsheet

The Public tab is where most people will want to be looking at data.  I have listed the number of tournament appearances and the number of first place rankings for each army.

Games with the win, loss, and tie percents should be self explanatory. 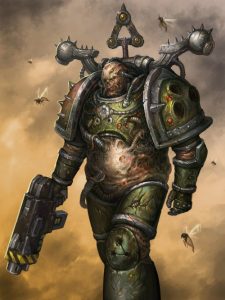 The color coded section includes every army that has at least ten tournament appearances.  If you don’t see a particular faction, then keep scrolling to the right and you should find it. I have listed every faction as it was displayed in Best Coast Pairings even when that faction (I’m looking at you Khorne Daemonkin) doesn’t really exist anymore. As the listed faction reach 10 or more tournament appearances I will moved them into the section on the left. 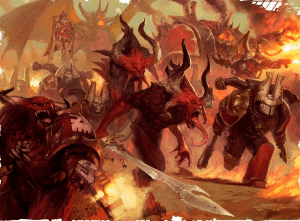 How do I determine if an army is good or bad?

This is the part that requires some user interpretation. Are you just playing pickup games, and not participating in tournaments? Win percent is probably the strongest indicator. Tournament players can look at a couple of different things. One loss/tie is a strong indication that the army performed in the top half of all armies, and no loss/tie is a strong indication that the army was in the top three performers.  This doesn’t always work out, but it is a good way to evaluate armies at a glance. I would qualify an army as good if the combination of One and No loss/tie is at least 50%.

Moving forward, I need to learn databasing.  When I started this project it was relatively simple, but I have quickly outgrown the capabilities of sheets. I am planning on continuing to study this area, but will will not be inputing quite as much data until I learn a more efficient method.  This isn’t then end of anything, just the beginning of a transition to more efficient software.

Posted on August 3, 2017 by Andrew in Tournament report

Andrew is a long time 40k player. Currently, he is trying to justify starting ANOTHER Chaos army, and figure out how he can write a masters thesis about 40k.
View all posts by Andrew →

Thank you so much Andrew! I am sure it was work to get the sheets ready for public viewing, but I for one really appreciate the effort. Warhammer 40k has to move to a more open culture regarding information. Not only does it allow players the ability to further understand the game but promotes future writings by our community and discourages hyberbole and believe our or not cheating.

Looks great Andrew! As for databases – databases are love, databases are life. I’m actually going to download SQLite shortly myself as I use Oracle databases for my job and I’ve found PL/SQL is one of the simplest, most intuitive langues I’ve ever used.

Haha, you would be amazed at the crazy stuff you can do in excel. Just takes some macro learning.

As someone who works with databases every day and is well-versed in VBA code…. Excel is awful with large amounts of data. It is supremely slow compared to a real database.

Just because you CAN build a house with only hand tools doesn’t mean you should. Same with excel and a real database. That’s the metaphor I use when people refer to “all the things excel can do”.

Great analysis. I would suggest you look at pivot tables for analyzing your data. You are talking about using a database but you will find that you still need a data analysis tool to do the actual work. Pivot tables allow you to slice and dice the data all you want and it is very common to extract tables from larger databases into excel to do analysis. The key is to create a single sheet with a standard row format for the performance of each player at each tournament. You can add as much meta data as you need using vlookup tables and then use the pivot tables to create the analysis. Future tournaments can be added to the bottom of the table and all your pivot tables are automatically updated. Also, this format can easily be uploaded into a database if necessary in the future but honestly, excel can easily handle hundreds of thousands of rows and should not be an issue for this amount of data.

Yeah, excel CAN definitely handle it but you have to build the book in a specific way that is friendly to large amounts of data. Whereas a database scales without any special considerations. I’m still a SQL noob but considering it’s a 20k raise for most technology related jobs if you learn SQL this is probably a good opportunity to learn! That’s a lot more warhammer models!

Awesome stuff! What are the “best practices” when it comes to faction choice? I play sisters but used the “adeptus ministorum” faction at BAO based off the 8th edition index divisions….The other two sisters players chose “adepta sororitas” though, which I would have gladly used!

>_<…Answering my own question — GW vs ITC factions!
https://docs.google.com/spreadsheets/d/16p0r1w3IHR2xGrIGpWREMhs9Amnqzbti6TGG8-xiSyE/edit?usp=sharing

Oh, I hadn’t seen this. I’m going to keep this handy for version 2.0