Astra Militarum is ascendant, this time let’s look at some of the packages that we can bring to bear on the Emperor’s enemies.Check the Tactics Corner for more great articles!

Hey guys, BigVik here again to take another look at the Astra Militarum. Last time [hyperlink here] we talked about some of the more points efficient options that AM can field. This article will be exploring support characters, to maximize the output this great army of ours on the table. 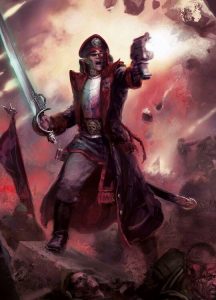 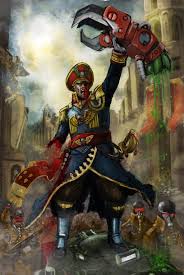 Commissar Yarrick is the character Lord commissar. He has an additional wound, and aura that allows AM units to re-roll 1’s to hit, re-rolls to hit against ork units, and ignores wounds that would kill him on a 3+, making him pretty hard to remove, and a great all purpose support piece. 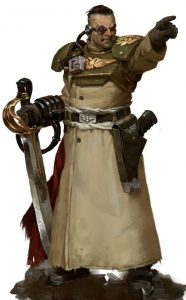 Company commander/ Creed/ Straken– The company commander is the cheapest hq choice, and has orders which allow for a good toolbox of buffs to 2 units a turn, these can be re-rolling 1’s to hit or wound, making an additional advance or assault out of phase, or even being able to shoot after falling back, which is otherwise a massive weakness for AM against assault heavy lists. 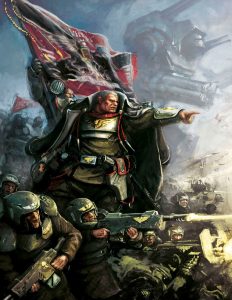 Lord Castellan Creed is the Cadian character company commander. He gives an extra order, 2 command points, and has better saves. 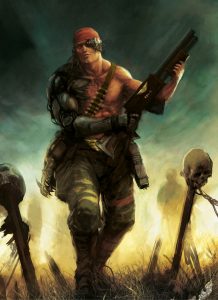 Colonel ‘Iron Hand’ Stracken is the Catachan company commander. He gives the regular number of orders, but has higher toughness, 3+ save. He is one of the few melee characters in faction with his Str 6, ap -1, 2 damage, and 5 attacks (since he is in his own aura) with a 2+ weapon skill, he can hit pretty hard in assault. What makes him such a good buff piece is his +1 attack aura for Catachan units within 6”, this includes models like Catachan rough riders, which makes them hit EVEN HARDER. 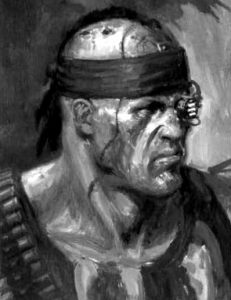 Sergeant Harker– He is the Catachan character sergeant. He has a character heavy bolter, Payback, which is the assault type, meaning he can move shoot with no penalty relative to other heavy bolters. His critical ability is that he makes all Catachan units within 6” re-roll 1’s to hit. Though this is cool with veterans or conscript blobs, it is at its best when used to buff a parking lot of Catachan artillery. 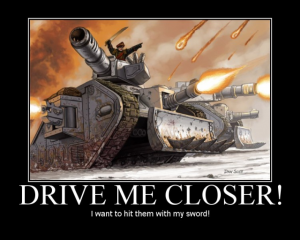 Tank Commander/Pask- Tank commanders are a regular Leman Russ with upgraded Ballistic Skill to 3+, and the ability to give a tank order a turn. They cannot give an order to themselves due to a restriction on ordering characters. One makes them able to shoot better, one makes them safer after shooting, and one makes them faster. 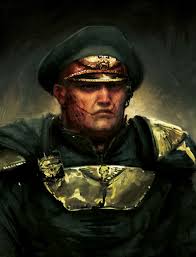 Knight Commander Pask is the Cadian character Tank Commander. If you are playing a tank commander, just make it Pask, for 10 additional points Pask has an additional order, and a 2+ Ballistic skill. He is a great way to field a squadron of tanks. 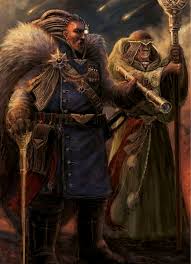 Officer of the Fleet/ Master of Ordnance– Officers of the fleet designate ground targets within 18” and line of sight for flyers allowing Aeronautica Imperialis units to re-roll 1’s, this will be best used with vultures which which have 43 shots a turn with their twin punisher cannon, and heavy bolter.

Master of the Ordnance has a 3” aura of re-roll 1’s for artillery, but only those outside of 36” away, which is not likely to be getting use outside of 1st turn. The MotO also has a 1 use mini-earthshaker shot for those times when you need 1 round of artillery for 38 points. 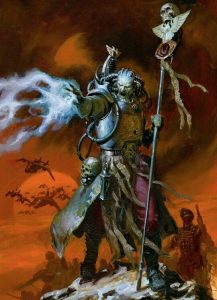 Primaris Psykers– These guys are the tool box psyker for the Astra Militarum, there is a crappy nuke, but these guys are buff/debuffers in my opinion. Terrifying Visions subtracts 2 from leadership to enhance killing ability of your army versus a large blob squad. Pychic Barrier is the money maker though, it casts on a 6, and adds 1 to a unit’s saving throws, 1+ armor Bullgryn anyone?

Astropath– Where Primaris Psykers are a tool box, due to their ability to have 2 powers along with smite, these guys are the bargain bin single purpose psyker. They only get 1 power, and can barely cast smite, but you want to have a dedicated psyker to ensure your Bullgryn are nigh invulnerable? The Astropath has got your back! 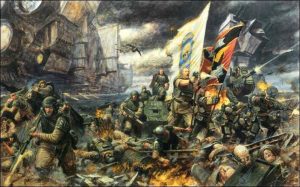 Well this article got away from me, so I’ll be pushing back my package assembly until next article, but tell me in the comments what you guys think about the support pieces that the AM have at their disposal.

I’ll tell you my opinion right here, though we don’t have flat re-rolls to hit and wound like the Space Marines do, the AM’s support characters are DIRT cheap, and versatile, making us able to fully support several packages on the field, making for an extremely deadly army on the table.