Hello Frontline Gaming fans! SaltyJohn here from TFG Radio. Today I want to talk with you about how live streaming games has been a huge boon for table top games and 40k in particular. 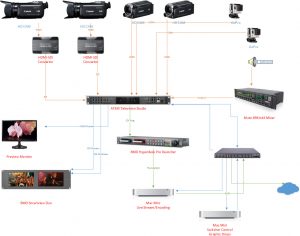 Admittedly the TFG Radio Twitch Stream setup is not this complex.

The internet has been one of the best things to happen to table top gaming, role playing, board gaming, video gaming, you name it; since those things were invented. It provides an outlet for players to interact, get advice, learn rules, and even play with one another. Another bonus started with the online video services like YouTube and then with Live Stream capability via easy to use sites like Twitch and easy to use free software like Open Broadcaster Software. Players, game developers, and vendors began to live stream their games live on the internet for anyone who had internet access to watch and even comment. Allowing interaction between spectators and gamers while the game is being played live. Although this technology was originally developed with video games in mind it has ported over well to the realm of live action gaming such as; board games, RPGs, and table top games.

There are several ways live stream games of Warhammer 40k, Age of Sigmar, Warmahordes etc benefits the community as whole. The first is as an outlet for players with a limited local meta to be introduced to the metas of other regions or the meta of a game in general. One of the worst feelings, competitively, is to go from being a big fish in a small pond locally or regionally, head off to a major national tournament and get stomped by one or two players running lists or units that you’ve rarely seen used or seen played well. Twitch streams provide a chance for players to see other units/lists in action than they do locally and usually in the hands of competent players who can use the units to great effect. Coupling that with the chance for the player(s) to interact in real time with the audience watching and you now have a recipe for players widening their knowledge of not only the game but the meta. 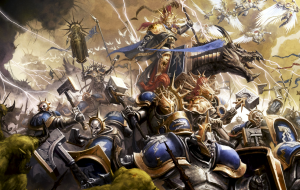 That brings us to item two; correction of rules misinterpretations, mistakes, or addressing holes in the rules in an official capacity. Live streaming games online, particularly 40k, provides the opportunity for problems with the rules to come to light more easily. We’re all human and even the live stream players will get things wrong from time to time and the internet is great at catching those mistakes. With Games Workshop live streaming games the ability for players to see how the game was intended to be used is a huge benefit to the community. In the past we could only guess at the intentions of Games Workshop when we had a rules problem. Now we can watch the people at the company play the game and see what the intended way a rule is supposed to work should be. 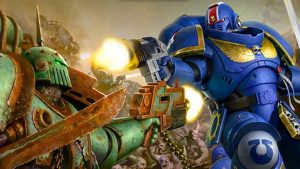 The amount of information available to players from live stream games is truly mountainous. Not everyone has the time to play 2-3 games a week but watching a live stream, or an archived stream on Twitch or YouTube, while doing work around the house or in the evening is manageable for some people. This provides players with the ability to see how the game works, particularly how missions work. Many major tournaments use their own formats for missions and with live streams preparing for those missions is a lot easier. Many people do not learn the same way, and sometimes written instructions aren’t clear. Having a visual, and auditory explanation for how things work is sometimes the best way to learn something new, as opposed to reading only. Live Stream games provide players with a way to see and hear how something works, and allows the players to ask questions as they come up. 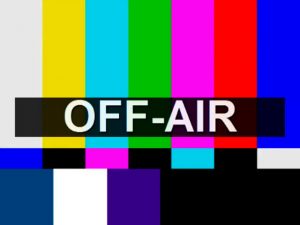 Feedback is most effective when it is immediate, or as immediate as possible. Doing something incorrectly, or learning something without full understanding and being corrected immediately will provide the best chance for learning the correct way of doing something. Being corrected a day later is less effective, a week even less, and a week or more becomes exponentially worse as time goes on. Live Streamed games provide the ability for immediate feedback on mistakes or misunderstandings, for both those streaming and those watching. There’s a reason why once you’ve learned something wrong it’s so hard to correct it, but making the mistake and having the interaction necessary for immediate feedback creates an environment for breeding understanding of the rules on a level previously unknown to the gaming community. This is huge for the community, particularly the competitive community. With more people understanding the rules in a more universal way it’s less likely someone who is cheating, or “cheating”, will be able to make it far in a tournament before being corrected or exposed. That’s a win all around from a TO/Judge perspective. As a Head Judge for the LVO/ITC I am loving all the live stream games of 8th edition available to the community, it has made learning the new edition so much easier for me and others I know.

The greatest benefit to the community from live stream games though is ultimately exposure. The community we play in, not just 40k but table top miniature gaming in general, is a small world. By having consistent streaming of games on platforms like YouTube and Twitch we increase the exposure the games get and increase the size of the community, both of which are always a good thing.

If you’re looking for great 40k Twitch Streams check out:

Let us know about other Twitch streams you like in comments!