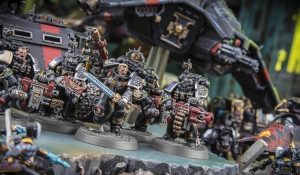 Hi everyone, Michael here to give you my first impression on what has changed for the Deatwatch in 8th edition 40k. For more reviews, analyses and battle reports, check out the Tactics Corner.

Deathwatch have been one of my favourite army releases in recent years for 40k. I loved the look of the models when they first came out and the background for the force made for some great reading. Even amongst the elite Space Marines, the Deathwatch were the elite of the elite, tasked to hunt down and destroy the Xenos menace threatening the Imperium of Man.

On the tabletop, they were a force to be reckoned with. Access to essentially army-wide special ammunition made them a potent force for taking on just about any unit the enemy could through at you, and the awesome Frag Cannon inspired fear in many opponents due to the sheer damage output it could provide each turn. However, despite their awesome damage output, they were still just regular Marines and an enemy army with a lot of firepower or a lot of AP2 or AP3 weapons could absolutely devastate your Deathwatch force in a single turn. They were a very challenging army to use, and I really enjoyed using them in 7th edition, as they quickly became one of my favourite armies on the tabletop (some amazing models helped this considerably!). 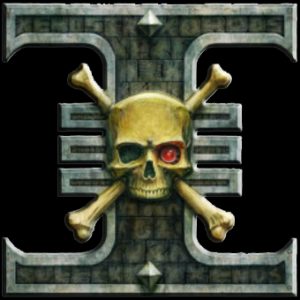 Like many of you, I picked up my copy of the 8th edition rules and my various army Indices at the weekend. I was excited to see the new rules and what lay in store for the Deathwatch. I had managed to avoid most of the spoilers and leaks online, so got to look at the Deathwatch for the first time at the weekend and start to plan how I would conquer the tabletop in 8th edition with my elite squad of warriors. Here are some of my impressions on what has changed for the army and what this may mean for my force in the new edition of Warhammer 40,000. These are my views on simply having read through the core rules and the Deathwatch rules, without having played any games at this point, so take them as you will. 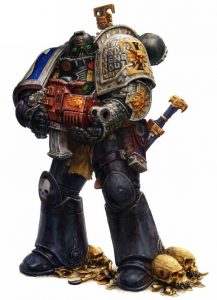 The Deathwatch still gain access to essentially army-wide Special Issue Ammunition. These different types have obviously changed from 7th edition, so to summarise their effects:

Each time you fire a Bolt Pistol, Boltgun, twin Boltgun, Stalker Boltgun or Guardian Spear, you can select which ammunition to use.

Dragonfire has gone from ignoring cover effects to giving you a bonus to hit against units in cover. I can see this being very useful when targeting weaker units such as Orks or Astra Militarum in cover, where the bonus to hit may be better than reducing their armour save with other ammunition. Against more heavily armoured foes, it will likely be less useful, as getting more hits is great, but if the target unit has a 2+ armour save, not many of those hits are going to get through.

Hellfire remain as awesome as ever. Wounding on a 2+ is great against a number of enemy units. It has no effect on vehicles, making them still tough to take down. However, it now works on creatures that were once Gargantuan Creatures and still wounds them on a 2+! Wraithknights and Stormsurges will now have something to worry about if most of your army can wound them on a 2+ with Bolters.

Kraken shells provide some nice long range firepower for the army, while giving a nice bonus to the AP to either negate the effects of cover or reduce the armour save of the enemy.

Vengeance Bolts remain a nice tool for taking on enemy armour. They now longer remove the armour save of a Marine (who will be getting a 5+ save now), but you no longer risk killing off members of your squad with some poor rolls thanks to Gets Hot. I can see these bolts being very useful in short-ranged firefights.

The new rules for Special Issue Ammunition continue to give the Deathwatch the tools to deal with a range of enemy units. I am particularly looking forward to trying them out with my Deathwatch Bikers- 4 shots each at 12″ range and packing some serious ammunition, they should make a mess of many enemy units. 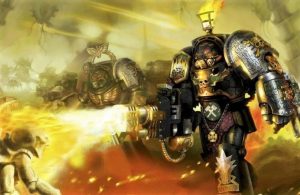 As Space Marines, Deathwatch also gain the benefit of And They Shall Know No Fear, allowing them to re-roll failed morale tests. This seems like a useful ability for stopping a bad morale test from decimating a unit. However, the Deathwatch have other ways to mitigate the effects of Morale in their Kill Teams. 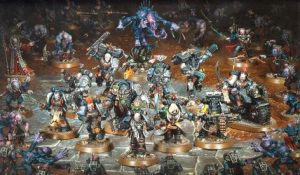 The sole Troops choice for the Deathwatch is their Kill Teams. Previously, only Veterans units were Troops choices and Kill Teams were a formation choice, but this has all changed in 8th edition.

The Kill Team entry allows you to build pretty much any unit of Veterans or Kill Team that you could use under 7th edition, so there won’t be too much change to your army. However, the rules and interactions have changed how you are likely to use these units. In 7th edition, I didn’t really run Kill Teams, preferring to stick to unit of Veterans instead. The Kill Teams gave some nice bonus re-rolls, but nothing I couldn’t live without, and the loss of Objective Secured was too much of a disadvantage for me. Also, it seems like adding a Vanguard Veteran of Bike to a unit of Veterans would kill the mobility of those those two models without providing too much of a bonus.

However, that has all changed in 8th edition, and building an effective Kill Team is an awesome prospect. First off, a Kill Team is comprised of 5 Veterans. You have the option to add up to 5 additional models to the unit, either more Veterans, Deathwatch Termintors, Deathwatch Bikers or Vanguard Veterans. Adding either of the last three gives you some additional special rules that are a huge benefit.

Adding a Terminator to the Kill Team makes them automatically pass any morale test. Adding a Vanguard Veteran allows them to fall back and still shoot. Adding a Deathwatch Biker allows them to fall back and still assault. As you can imagine, these are some huge bonuses to have in a unit. Any Deathwatch unit with a Frag Cannon is going to need an Vanguard Veteran as standard; you can fire overwatch with them when you are assaulted, then fall back and fire again if you survive the combat. Very few other unit in the game can have this much utility in one squad.

Additionally, you can add a Black Shield to the unit (for an extra attack) or a Watch Sergeant (for +1 Ld) for free. Black Shields were nice in 7th edition, but were far too expensive for what they added to the unit. Now you can get a model with an extra attack for free, great for that cheap power weapon upgrade. 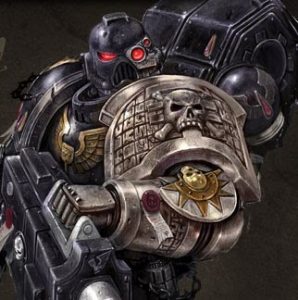 You don’t get it all your own way though. A popular tactic for a Deathwatch army was to load up a Veteran squad with Frag Cannons and put them in a Drop Pod. The Pod would arrive and the Veteran squad would essentially delete an enemy unit with the Frag Cannon shots. I used this tactic many times myself with good success. While the Frag Cannon is still awesome in 8th edition (2D6 shots that hit automatically), the changes to the reserves rules have hindered them slightly. As you now need to deploy more than 9″ from the enemy, you are unable to fire the Frag Round on the turn you arrive via Drop Pod. This makes the Frag Cannon a slightly less potent alpha-strike unit than it used to be. This could force many Deathwatch players to have to change up their army, based on its 7th edition configuration. Another downside is that a Kill Team can no longer go in a Drop Pod if it contains a Terminator or Vanguard models. On the upside, you can now advance and still fire the Frag Cannon if you wish.

Finally, the new rules for Teleport Homers seem to be an awesome addition. You place each homer in your deployment zone at the start of the game. Each is one use only, but if your Kill Team includes a Deathwatch Terminator, you can immediately remove the unit instead of moving and deploy them within 6″ of the Homer. This immediately leaps out at me for being great in maelstrom missions. You can set up the Homers next to the objectives in your deployment zone and use a Kill Team with a Terminator to jump between the objectives and score points.

I can see a lot of utility for Kill Teams and look forward to trying out the best combinations of loadouts. 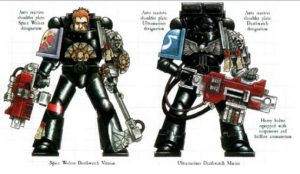 Deathwatch Terminators, Vanguard Veterans and Bikers have all gained a wound in 8th edition, making them tougher to kill.

One of the cool aspects of the Deathwatch army in 7th edition was the ability to take these squads with only a few models in each unit, even single model units were possible. I would like to see this mechanic retained, so hopefully an FAQ would clear up this issue. 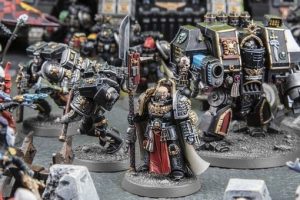 If you could take single units of these units, it would open up a lot of options for army building. For example, you could easily build a Brigade Detachment if you only had to take a single Biker or Terminator to fill up the slots. This would be one of the cheapest ways to build this detachment for a Marine force, giving you access to those sweet 9 Command Points very easily. Perhaps this is one argument for forcing them to have a “standard” unit size.

One thing I did notice when building a few army lists is that a Deathwatch Terminator with a Power Fist, Storm Bolter and Cyclone Missile Launcher goes up to over 100 points. That is pretty expensive and only playing a few games will see if he justifies the points cost. 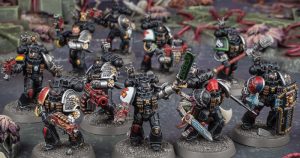 One annoyance that I have found is the layout of the Index with regards to building a Deathwatch army. Having to switch between the points costs and unit profiles for not only the Deathwatch, but the Space Marine section as well is a little annoying. I’m sure I will get used to it in time, but I will probably be making use of some of the great army building software that is out there. 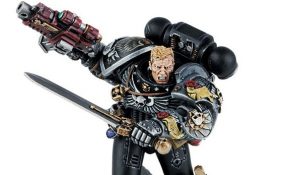 As you can see, that was a very brief overview on some of my thoughts on the Deathwatch in 8th edition. I hope to get a good many games in with the army in the coming months (I actually have an 8th edition tournament in a couple of weeks that I was planning on bringing them to). Once I get used to the army, I hope to bring you some unit reviews based on my learning experiences on the tabletop.