The Case for Giving New Hammer a Fair Shake.

You are here: Home › 40K › Rumors › The Case for Giving New Hammer a Fair Shake.

Hello Frontline Gaming fans, trolls, and lurker! SaltyJohn here from TFG Radio to bring you a bit of a manifesto from my soap box. Today I want to talk with you about giving the new edition of Warhammer 40k a chance.

If you would like to listen along to the article, or listen to it in lieu of reading, just press “play” below.

What I mean by giving it a chance isn’t what you may think. I am not saying it looks bad but let’s see; rather let’s give it a chance because it looks good. What I am saying is we need to play the game out of the book upon release and give the changes wrought by GW upon 40k a chance to work before calling to change things as a community.

No need to get upset, we haven’t played the game yet.

With the flood gates now officially open after the huge events in England this past weekend; coupled with local stores around the world getting their preview copies of the New Edition of 40k this weekend, June 3rd we are quickly putting the pieces of the puzzle together. It is looking great. Not only is the game as a whole looking great but what we are getting in regards to the factions specifically are looking great too. The units look relatively balanced. With 6th and 7th editions there was an immediate crying out about certain things being completely OP and bad for the game. Calls for nerfs to specific powers, Invisibility, and to out right ban certain models, Super Heavies, and a call to completely rework the D weapon chart began within days of the leaks around those items. We aren’t seeing those types of reaction this time around. It isn’t that the internet has changed, or our community is less reactionary and prone to knee-jerk reactions. This time is different because this time around the game, the company, and the release are different. 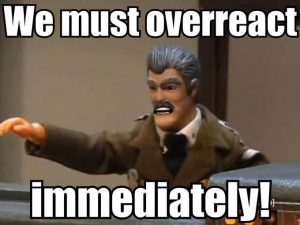 This has luckily been on the decline lately.

It’s blatantly clear that this edition of Warhammer 40k was designed from the ground up to be more balanced and allow for a more competitive meta. Games Workshop has obviously gone to great lengths to insure this. Whether it was the inclusion of outside play testers, or them getting involved with the community again; via social media and by renewed attendance at outside conventions, the game was clearly shaped by that. When you look at the different factions like Tau, or even specific weapons like Grav, that were clearly OP in some areas the rules have been redone to balance that out. To drive the point home let’s look at some of the most egregious offenders in 7th edition:

As a head judge for the Las Vegas Open and ITC I can attest to the ridiculous nature of many of the above. The tables at the LVO 2017 were overpopulated with Riptide Wings, Wraithknights, Daemon summoning, Eldar plug and play CADs, and Psychic shenanigans. The simple fact I could make that list and put the word “GONE.” next to those items makes me happy, and optimistic about the direction of 40k in the Dark Imperium era. I feel the fact so much of what people hated about 7th being gone has fueled a much more positive response from the community. There are certainly people who are salty about what they’re seeing in these leaks but they seem to be the fringe. They also seem to be more upset about changes to specific units or pieces of wargear than toward entire swathes of the rules. Scan through posts in the various 40k groups on Facebook and the overall reaction is positive. Of course people are discussing and seeing some things they don’t like. Obliterators come to mind immediately. But for every unit or rule that has a complaint leveled against it there are 5-10 that people are happy about. That isn’t even the biggest factor in my mind. 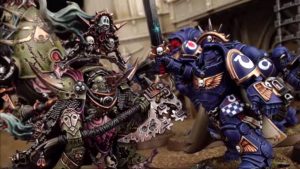 To me the single greatest part of this release, well it’s not quite a release yet as it isn’t the 17th of June, is the lack of people screaming about units/rules/powers being “overpowered” and in need of banning or nerfing via the community and Tournament Organizers. I have so far not seen a single call for a unit/rule/power/fortification etc to be banned or changed to be made playable. Even the Maelstrom mechanic, which many are wary of, seems to be getting a bit of the benefit of the doubt as people are more willing to see how everything plays out with this edition. That’s most certainly indicative of the work Games Workshop has done within the community to foster a much more positive view of them as a company and game designers. They’ve given us a voice, and made us to feel like they do in fact care about the game and know what they’re doing. Having been through 5 edition changes now with 40k, 4 of of them as a competitively minded player and judge, I can confidently state I’ve never seen a more positively received edition than Dark Imperium is shaping up to be. 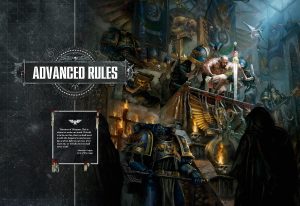 The entire game has been redesigned and every faction has brand new rules coming out day of release. That means, that although there may still be old mechanics we disliked, Maelstrom for example, within the context of the new framework those previously bad mechanics may be great, or at least workable. It is important we allow the game a fair shake upon release and play it as designed and tested before beginning the call for mutilation, and bastardizing, of the game. Given how bad 6th was, and how much we had to alter 7th as a community, I understand the call for that but with a change like this one, where the community has been listened to and used, I feel it even more prudent to play the game as it is upon release for a good 12-18 months. 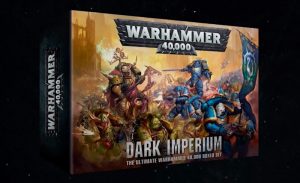 Only time can tell us what is to become of Warhammer 40k in the competitive, and even narrative, scene. It is important though that we as a community give it, and Games Workshop, the requisite time to prove the system is as good as we are all hoping, and Games Workshop is claiming, it to be.

What are your thoughts on giving the Dark Imperium era of 40k a fair shake? Personally if I take Age of Sigmar and how well it’s done into account, I am certainly optimistic about New-Hammer. Let us know what you think in the comments!

71 Responses to “The Case for Giving New Hammer a Fair Shake.”