There are as many ways to go about this as there are Warhammer 40,000 players out there; some of you will pick you army based on your favourite models, some based on a particularly inspiring bit of lore or background you’ve read, and some because you like the way certain units behave on the battlefield. For most of us, it’s a bit of all of the above.

Choosing an army in the new edition of Warhammer 40,000 can be as simple or as easy as you like. At the most basic level, you can just put whatever models you have in your collection on the table and get rolling – this is the very essence of open play. 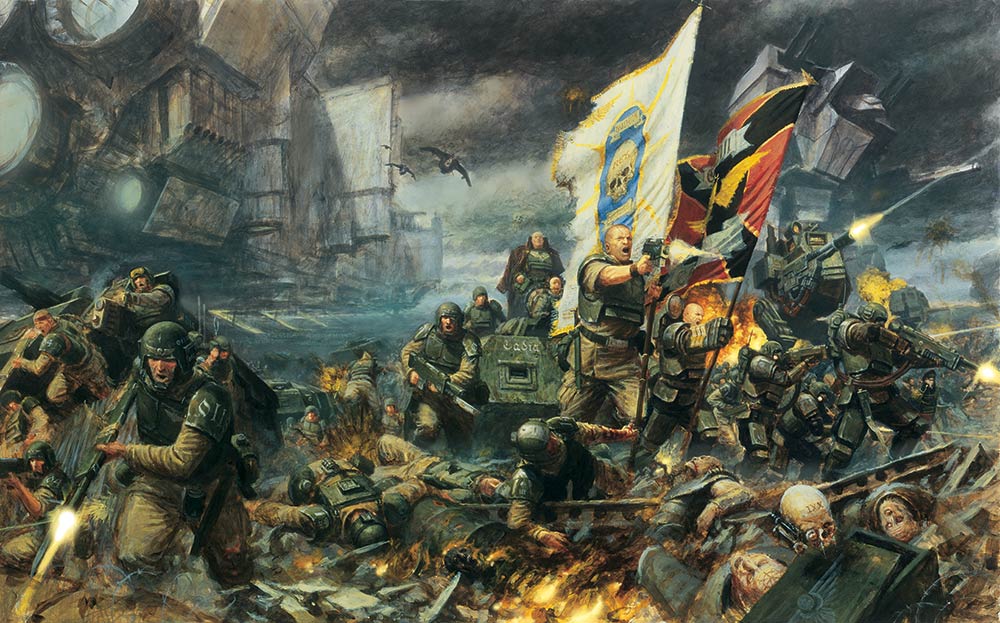 For a little more balance and structure, you can use Power Levels. These can be found on the datasheets of every unit and give a rough approximation of its relative effectiveness. Power Levels are ideal for narrative play and allow you to very quickly work out which force is more powerful so you can either add or take away a few units to balance it or play a mission that calls for forces of different sizes (like a siege or a glorious last stand).

The final mechanism for selecting an army is to use points, most commonly associated with matched play. These will be familiar to anyone who plays the game today and are designed to balance your force for use in the 12 Eternal War and Maelstrom of War missions.

While Power Levels are purposefully an approximation of a unit’s effectiveness, points are, if anything, more granular than they have ever been, with each individual item costing a certain amount.

The best way to show this is with a quick example. We’ve used a Drukhari force, lead by an Archon (classic). 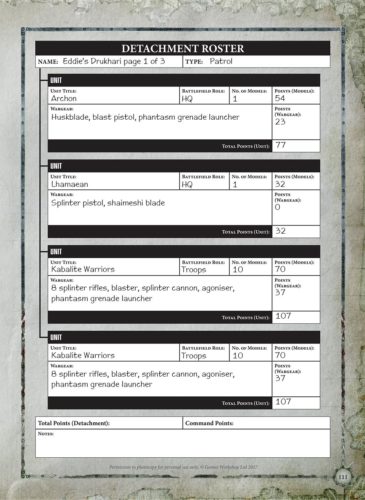 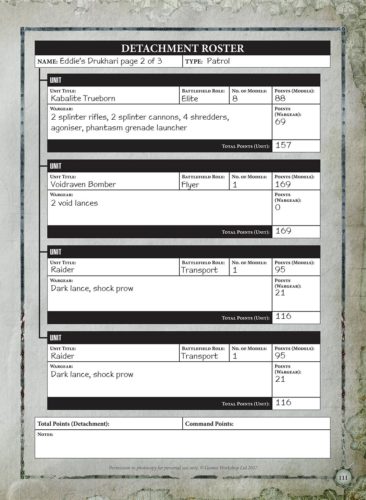 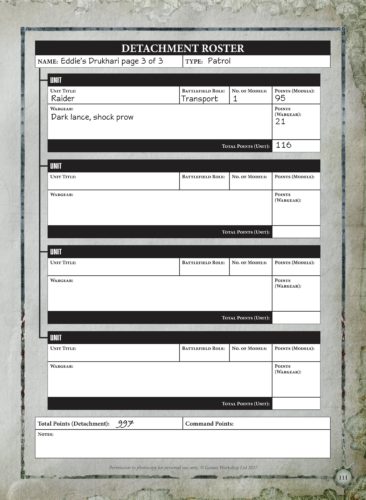 This army is 1000 points and is Battle-forged using the Patrol Detachment. It is typical of what you might expect from an army of this size.

We have an HQ choice, a mix of units kitted out to deal with both Infantry and Vehicles, Transports and a Flyer to back them up. The points for each model, gun and item of equipment add up to give the army’s total cost in points.

One thing you’ll probably notice is that vehicles generally tend to cost more points in this edition. Though you’ll find that their increased flexibility and durability means that they are certainly well worth taking. (This is especially true of Drukhari ones, which can now not only ram enemy units but fly out of combat and still shoot you!)

Another thing you’ll likely see much more of is vehicles and squads with mixed weapons. So, in this case, those splinter rifles the Kabalites are carrying can be targeting squishy infantry targets while the heavier guns in the squad can hunt larger prey. It means you might not need dedicated anti-infantry or armour units as much if you’ve spread that killing power around your army. 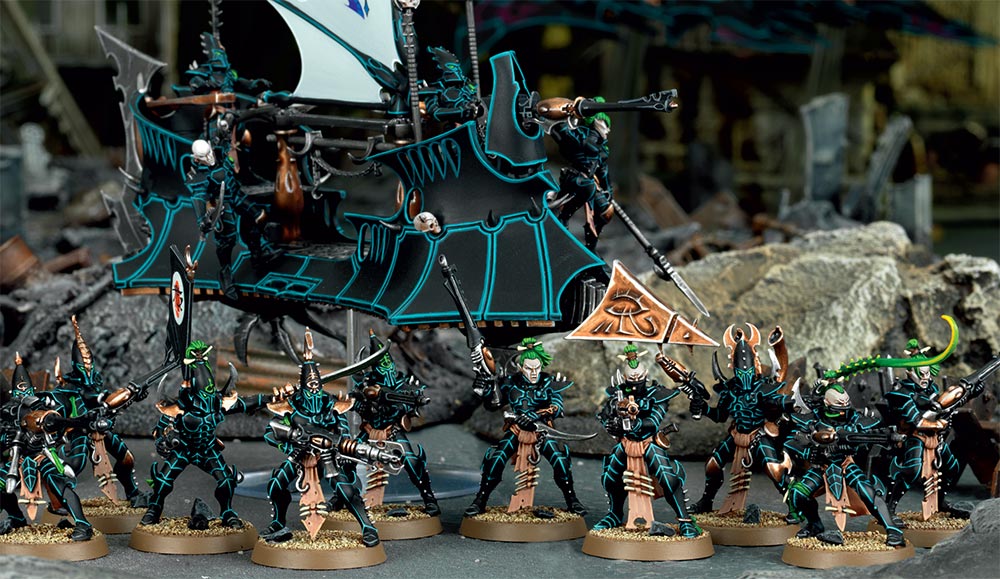 This army is a fairly typical Drukhari force, but the new edition opens up a whole range of new options. Previously, a lot of the more extreme army builds were only available to certain armies through formations, but now anyone can use them! There are Detachments available that focus on each of the nine battlefields roles, which gives you loads of options for building a force, even within a Battle-forged list.

Ever fancy a whole army of tanks? How about a Penitent Engine crusade? Or an entire swarm of flying Tyranid monsters? Or an army of speed-mad Ork bikers and buggies?

They all sound awesome.

The options are endless, the choice is yours.