Today we take a look at brutal urban combat in the 41st Millennium and a little bit at how terrain works in the new game generally.

Battles in the sprawling gothic hives of the Imperium provide many of the most iconic images of war in the 41st Millennium. To recreate battles like this in the new edition, you need look no further than the new Warhammer 40,000‘s Advanced Rules on  Cities of Death. These rules, like the Stronghold Assault rules we’ve seen already, are an optional add-on to theme your battles and add more variety to your games. In these types of games, certain units will thrive, while others will find their paths across the battlefield more limited.

So, speaking of cities… let’s chat about ruins.

The crumbling masonry of once-proud Imperial architecture has been a staple of Warhammer 40,000 battlefields for a while now. In the new Warhammer 40,000, they still will be, but the way they interact with the game will be a little different. Their impact takes the form of bonuses for units with certain keywords, and limitations for others. 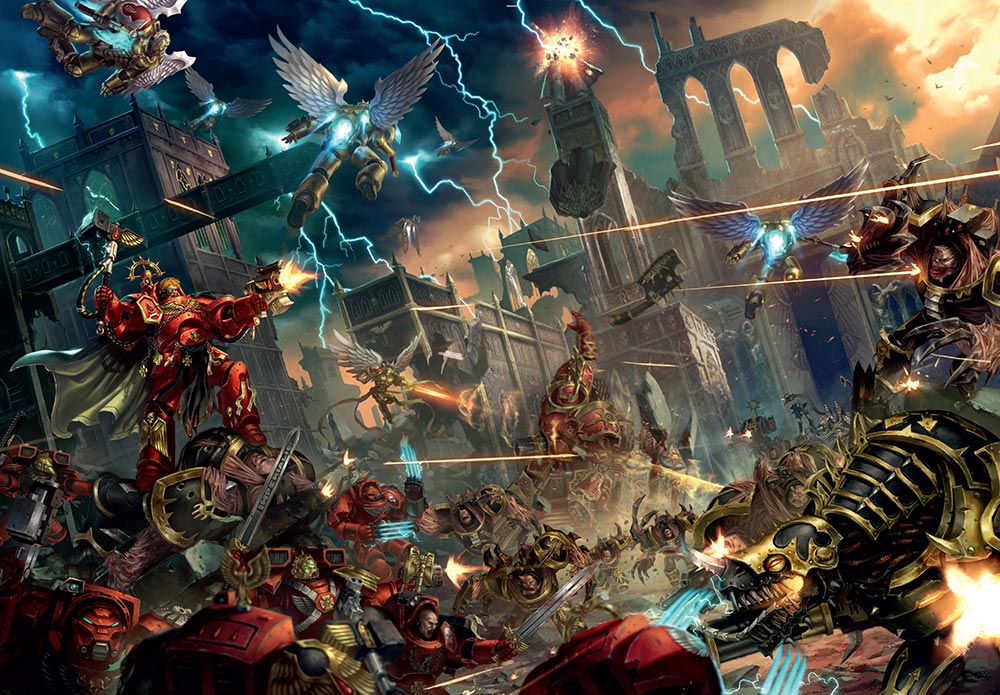 Infantry are the big winners here. They alone have the flexibility and dexterity to move easily between levels of a building, over ruined walls, through doors, hatches and windows, as well as taking advantage of holes blasted in the ruins themselves. They are also the only units that benefit from cover naturally, just for being in a ruin. Other units (monsters, vehicles etc…) will need to actually be obscured to gain any bonus.

In Cities of Death games, these bonuses get even better – if a unit does not move, its cover bonus from being in a ruin is increased from a +1 to their Armour Save to +2, representing the unit digging into cover and fortifying their position. This can make even a humble Guardsman squad difficult to shift, and a power armoured unit all but invulnerable.

It’s not just Infantry though, flying units will do very well in Cities of Death games, as they are able to leap from rooftop to rooftop easily. Some of these units will be Infantry as well! Imagine facing an entire army of Night Lords Raptors in the twisting streets of a ruined hive, and you start to understand what terror means…

It’s not going all Infantry’s way of course. There are solutions to dug-in enemies. Grenades for example. Any Grenade thrown at a unit in ruins will always count as having rolled the maximum number of shots (6, in the case of a frag grenade) and can reroll to wound thanks to the “Fire in the Hole” mission rule.

One last thing Cities of Death gets us is a new selection of Stratagems. One of our favourites is Sewer Rat, which lets you set up a sneaky unit of subterranean infiltrators in the enemy’s face during deployment or right on an objective. 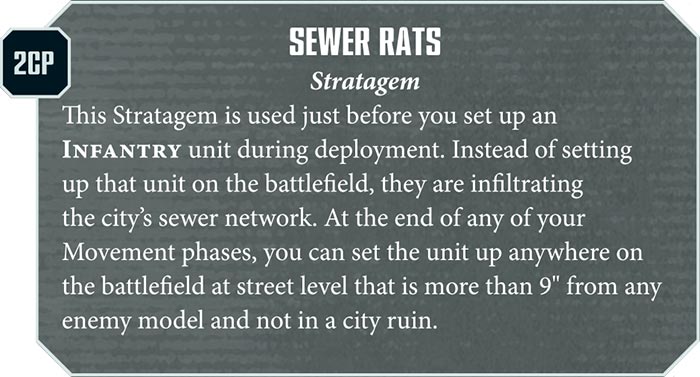 One war zone where the narrative certainly calls for Cities of Death battles is Ultramar. At the end of the Gathering Storm, we already saw the forces of the Traitor Legions launch their attack on the Ultramarines utopian* worlds. Now the great cities of every planet are either surrounded or active battlefields. 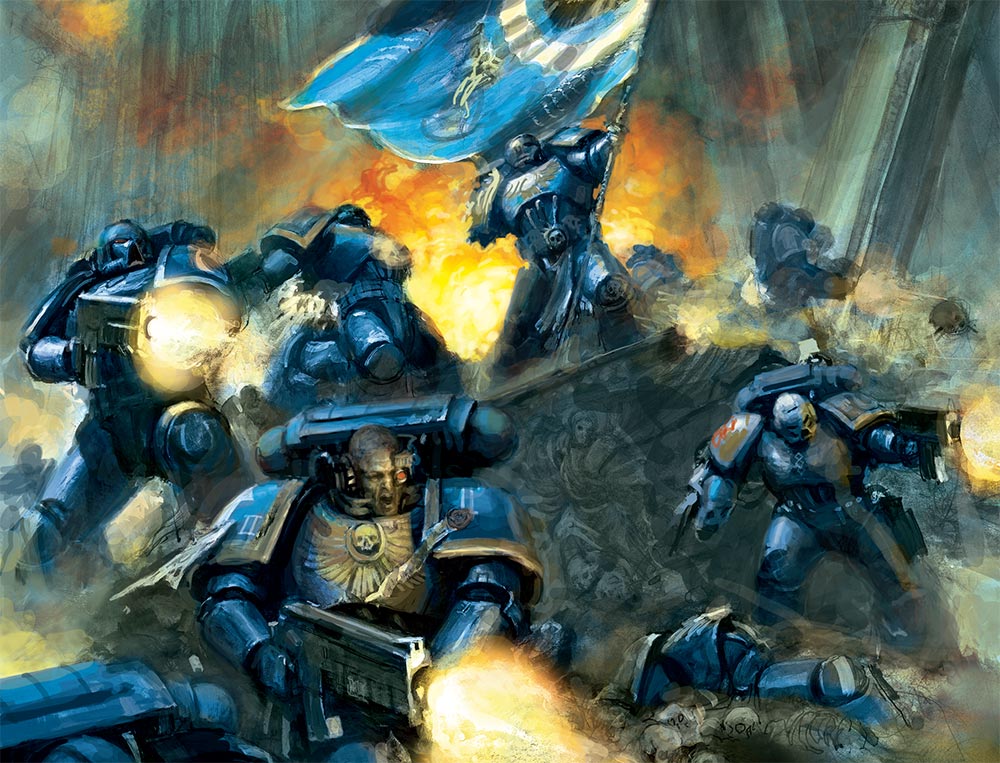 With his home under siege, you better believe that the liberation of the 500 Worlds** are high on the list for Guilliman’s Indomitus Crusade…

*Well, by Imperial standards anyway.
**Being in stasis for 10,000 years, it probably only feels like yesterday to Guilliman that he liberated them from the Traitor Legions the first time…