Stratagems are a key part of the new Warhammer 40,000 game.

These represent your army’s commanders marshalling their forces and vital orders coming down from high command (that’s you!). 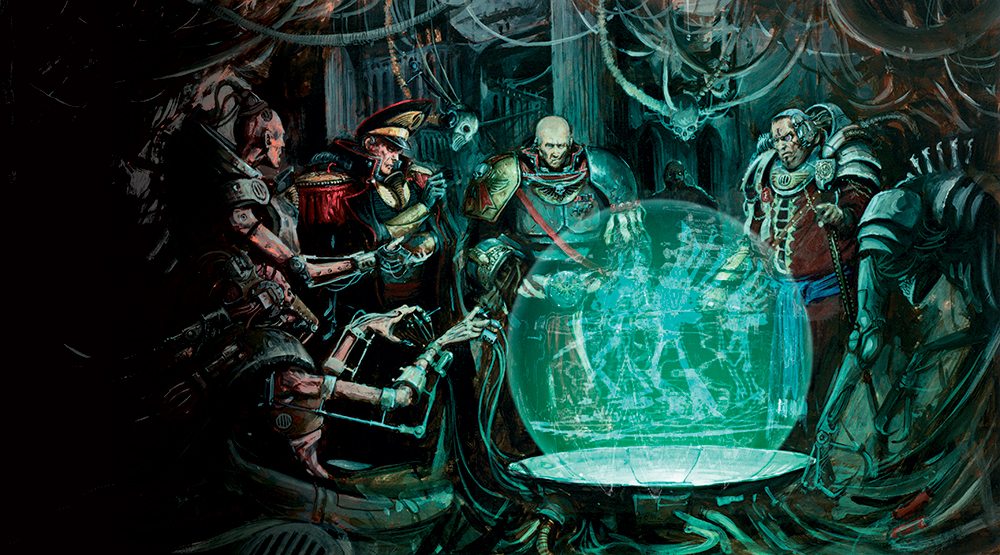 Battle-forged armies earn Command Points based on how efficient they are likely to be at the logistics of war. Armies with a balanced mix of unit types and plenty of troops will tend to have more to play with, and every army that is Battle-forged gets 3 Command Points to start with. Some units are such capable and experienced commanders that they give you additional Command Points just by including them. Bjorn the Fell-Handed, for example, the oldest living(ish) loyalist Space Marine, gets you an extra one just for showing up!

As the game plays on, you can use these Command Points to activate a variety of Stratagems. Many of these will be specific to certain missions or factions, but there are three that every army can use:

As you can see, these abilities are nothing to scoff at. That Tactical Re-roll can be used to ensure a critical high-damage attack wounds a key enemy unit. But at the same time, your opponent could just as easily use theirs to re-roll that critical armour save. Or maybe you want to keep ahold of them to make sure you make that vital charge next turn?

Are you expecting to lose half of your biggest Ork squad to a punishing Morale test after taking heavy casualties in the Shooting phase? Not anymore! Auto-pass for 2 CPs.

The Counter-offensive is pretty huge too, with the ability to interrupt your opponent’s battlefield-wide charge to strike ahead of some of their units. It works best, of course, if your units are tough in a fight and at least one of the enemy units is going first, but used correctly, this can swing a game.

In narrative and open play, most missions will include a few extra stratagems too, representing things like preliminary bombardments, proximity mines and silenced weapons.

In matched play, these Stratagems have the additional restriction that the same Stratagem cannot be used by the same player more than once during any single phase. So, if you use that Command Re-roll to pass an armour save in the Fight phase, you can’t then use that same Stratagem to re-roll a hit later in the phase.

So there you go: Stratagems.

We’ll be back tomorrow with news from the Indomitus Crusade.

Wow, stratagems sound pretty awesome, right? What do you all think?