NewHammer 40k: All Glory to the Guard!!

With the coming of the Not-So Sigmarification of 40k, lets take a moment to remember the terror that once was, and will be again… IMPERIAL GUARD DUDE SPAM!!1!1!Check the Tactics Corner for more great articles! 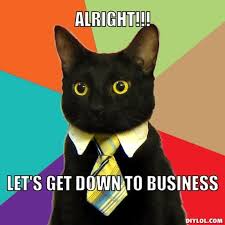 Ok, I’m back, and as the cat says, LET’S GET DOWN TO BUSINESS with some speculation on what is coming our way with the Astra Militarum!

I’ve been playing Imperial Guard since mid 4th edition, the hay day, the apex, the… past that once was. Then GW renames the IG to Astra Miliwat? 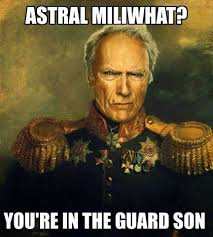 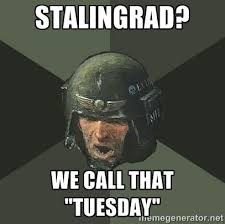 I am extremely excited for the rules changes in the coming edition. I’m hoping that the tanks will finally function in a usable manner, from the statements that they will be able to fire all of their weapons, to the fact that they’ll now be toughness based, here’s hoping for the Leman Russ to be close in sturdiness to a Land Raider like all us Guard players know it should be!! 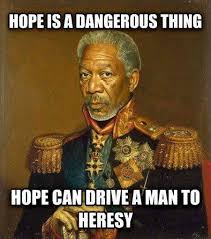 I remember the days of fielding so many bodies, I had to use a shuffleboard stick to move them all fast enough, you know what makes me happy? The newly posted to wound chart… oh baby, lasguns can wound everything? The flood of bodies will be deep, but the true king of the battle field in my opinion is what is likely to happen to the artillery! 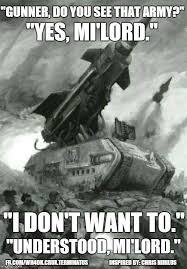 Yes that’s right, maybe the death strike missile will be the mustache twisting, take a nuke to a gunfight that we’ve all wanted it to be! Remember when it was Str 10 and barely anything outside of killing dudes? NO MORE I TELL YOU!

I see a time when the IG will take their rightful place at the top of the heap of dead bodies! As we flood the table with guardsmen, and make open ground into a killing field! When we bring in wave after wave of expendable bodies, with the screams of the commissars as they kill anyone who dares retreat! 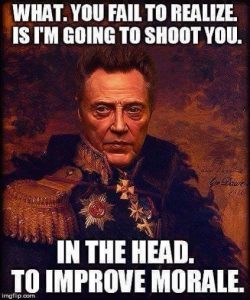 Ensuring the murder bots that are the vial Space Marines finally are flooded by the endless waves of troops, only in victory do we realize… 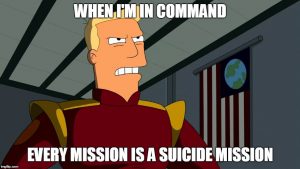 That is not to mention the out there rumors that SLY MARBO IS COMING BACK! Do you member? I do! I member the days when Sly was 240 points in the Catachan Codex! And We Liked It! 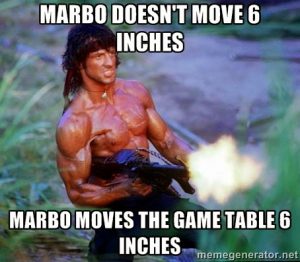 Come 5th edition he became the go to elite slot, 65 points for a precision applied demo charge? Well yes I would like that back, Thank You!

In the end we won’t know what this coming edition will bring us, but as a person who’s been more or less out of 40k for a year as the game has exploded in complexity, and seemingly spiraled out of control, I have to say I’m excited! 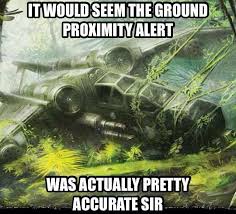 Why am I excited? Because as we move forward, we know that GW has finally seen what their customer want and that is a balanced rule set that people can play how they want! 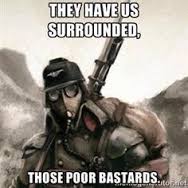 I like to play competitively (granted not very well), but I also have an irrational love of the poor downtrodden guardsman, and come the advent of NewHammer, we’ll all be in the same boat, neck deep in rules and army books trying to find the next great combo, it’s a thing of beauty and I wouldn’t trade it for the world!