Newhammer and the Blood Angels – Movement

Greetings from the Librarius! 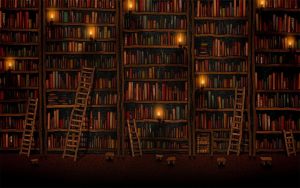 Hello again! Captain Morgan reporting in with another speculative article on GW’s tease about how the movement phase is going to work in the new edition. While it looks to be a bare skeleton of data (because, well, it pretty much is…), there are still some interesting tidbits of information around there, and if you look at bit harder you’ll find some interesting implications for how models will move and interact with each other and terrain. With that in mind, let’s dive right in and see what this means for Blood Angels in particular.

The Movement Phase – What We Know

Movement itself is getting a bit of an overhaul. No more ‘infantry move x”, MC’s move y”, JP infantry move z”‘ business. Each model will be assigned a movement value based on its own merits and skills. After all, you’d expect a model like a hormagaunt to move faster than a terminator, and rightly so.  Running is no longer a thing, it has been replaced with “advancing” which is something you do in the movement phase that prohibits you from shooting. Since half of us were already doing that in the first place, I don’t see this as being too much of an adjustment. Timmy Terminator will get to the party eventually, but he’s going to have to leg it if he wants to get there in time. 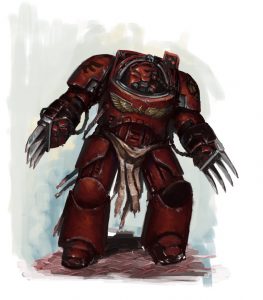 So with some models having a different movement statistic, I expect to see some armies gain a lot of mobility, and some lose a bit of mobility. Even armies in the middle that don’t really have to change at all, the fact that some armies are now naturally slower than you can give you a significant advantage over them, especially in terms of reaching objectives. The natural progression of this idea with Blood Angels around is that our long-dusty jump infantry will still have a bit of a movement advantage over some models in the game, such as your basic infantry marines and walkers. Right now you are thinking “tell me something I don’t know, and tell me why this matters.” (I’m a Librarian, remember? I know what you’re thinking). 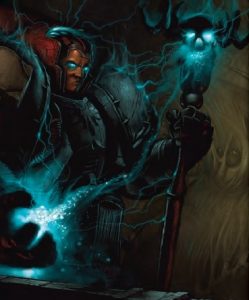 Also, don’t get that burrito tomorrow. Trust me.

The biggest thing that Blood Angel players should care about from this teaser is this line:

“– no moving though enemy models, unless you can fly over them, and no walking through solid walls – logical stuff.”

He thought he could run through walls, but you saw how that turned out…

One of the big pot-stirring moments of the FAQ drafts was the idea that you can’t move through walls. From what this sounds like, it will be explicitly stated that you can’t move through walls in Newhammer. What makes this important for Blood Angels players is that our jump infantry will (in theory) be able to jump OVER walls. In the past, jumping over terrain hardly mattered, but if it does matter more for this edition, that means that our jump infantry now are able to more adequately threaten and engage units that are hiding behind walls and terrain, and have better access to score objectives. Since bikes won’t be able to ram through walls (and rightly so, just ask anyone who’s ever actually ridden a motorcycle), this give us an edge in movement. Perhaps they will move faster, but they’ll still have to go around, and that gives jump infantry an important purpose* they’ve really needed for a while. 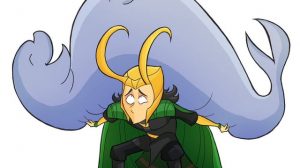 Just to Cover Our Bases

Of course, with the teaser not explicitly saying that you can’t advance and charge, there has been the leap of logic that it may be allowable to do so in Newhammer. Personally I hope so, but because its up in the air right now, I don’t think I want to list that as the top “news” that we got from this teaser, even if it is really fun to think about. If we can advance and charge, then that will help us get some reach that we need to get up in combat. I’m dying for an excuse to have my assault marines on the table in a way that matters in the game, and if advance-charging helps that hope then I’m all for it.

What do you guys think? What was your biggest impression from GW’s rules drop? Let me know in the comments! Also make sure to stay tuned to Forge the Narrative where we are discussing the new rules teases and all the other 40k goodness.

2 Responses to “Newhammer and the Blood Angels – Movement”