The following is taken from the Warhammer Community page.

Movement has always been key to Warhammer 40,000 – positioning your units for optimum arcs of fire, advancing to claim objectives or just plain-old charging across the battlefield into combat!

Movement in the new edition will be very familiar to players of the game today, but the rules team have taken the opportunity to improve a few elements.

In the new edition, every model has its own Movement characteristic. This means that, rather than every model moving 6″ unless specified otherwise – things like Terminators will advance slowly and inexorably, while Harlequins leap and bound, and bikes and speeders zip across the battlefield.

Some units will have a minimum move too – this mostly applies to flyers, who can’t stop. Again, this is much like the rules today, but every flyer will have their own minimum and maximum move value, to represent the fact that swift fighters will naturally be quicker than a lumbering bomber.

Running has been rolled into the Movement phase now, too. You can “Advance” when you move by rolling a dice and adding the result to your Movement to go a bit faster at the expense of shooting.

This applies to all models – infantry, vehicles, bikes – everyone. By including this roll as part of your move, the game speeds up, as you no longer have to move models in both the Movement and Shooting phases.

Other than that, the movement rules are pretty much what you’d expect today – no moving though enemy models, unless you can fly over them, and no walking through solid walls – logical stuff. 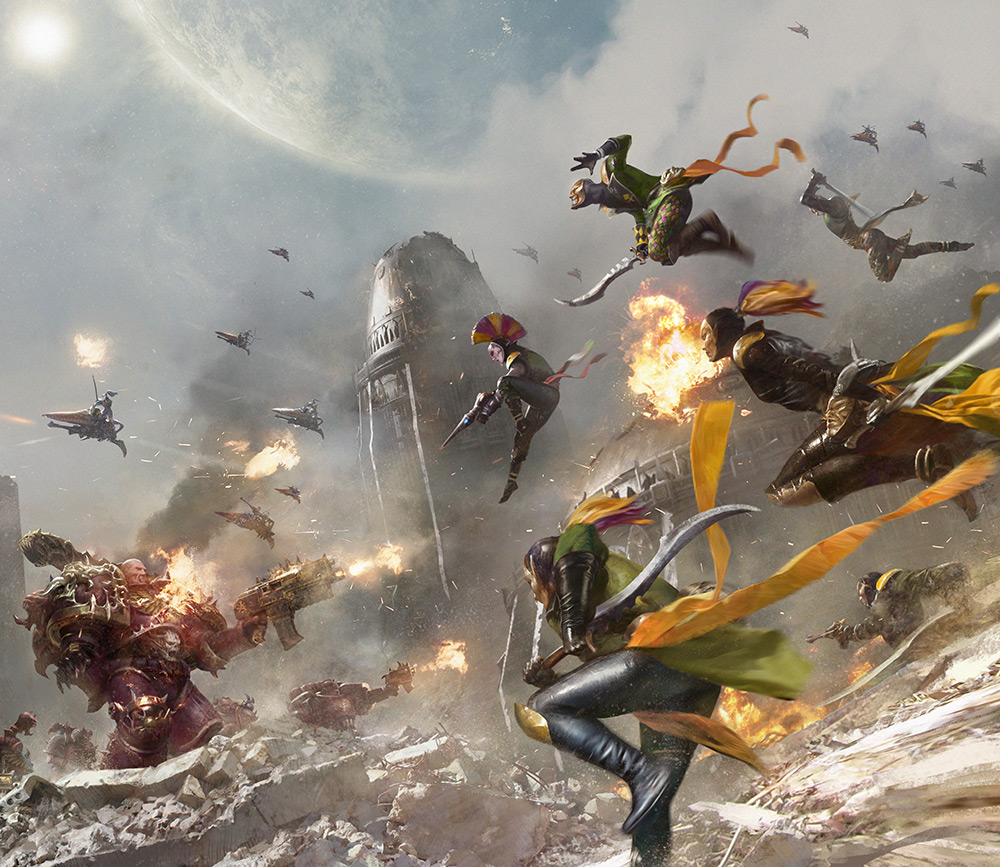 Oh, there was one last thing.

If you’re in combat at the start of your turn, you can Fall Back by moving away from the enemy. You’ll lose the ability to advance, shoot or charge that turn, and crucially, enemies will be able to shoot at you! This does, however, open up a vast range of tactical options for armies like the Astra Militarum, who will now be able to effectively deploy in firing lines, with each row falling back from any assaults in good order (if they survived) while the unit behind them fires at the attackers. It goes both ways though – if you have a dedicated assault unit that specializes in killing infantry (like Warp Talons) your opponent will find it much harder to pin them down in combat with heavily armoured units for the entire game.

We’ll let that rattle around your brain for a day, and we’ll be back tomorrow with news about the Psychic phase.

← Guest Editorial by Gene: Elitism and Community
Last Chance Sale! Clearing Sale, Product up to 50% Off! →