The following comes from the Warhammer Community page.

Yesterday we took a look at the profiles of units in the new Warhammer 40,000. But that is, of course, only half the story. The other half is the weapons they wield. Like units, these have had some pretty big changes, but are still recognisably the weapons you know and love.

Damage is a big change. This stats effectively lets a single hit deliver multiple wounds to one model. So, as we can see, the bolter does a single would per hit, and so is optimised for shooting models that have a single wound themselves, whereas the lascannon, one of the most powerful man-portable weapons in the game, kicks out D6 damage, allowing it to blast chunks off large vehicles and monsters and kill light vehicles and characters in a single hit. Against something like Guardsmen or Orks though, this formidable damage output will be wasted. 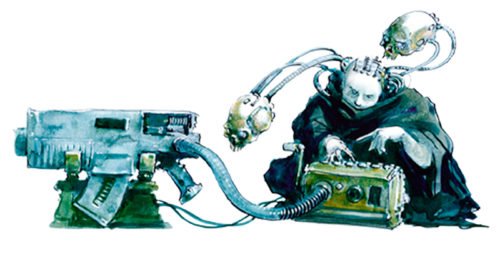 The AP system is changing too. Rather than a binary yes/no on saves, the new Warhammer 40,000 uses modifiers – the lascannon will punch easily through power armour, while the bolter and flamer are, again, best deployed against less durable, more numerous targets.

Lastly, you can see that the flamer no longer uses a template. However, when in range, it causes D6 hits that do not have to roll to hit, and this applies even against units of a single model – this can be devastating, especially when used in large numbers <cough-Burna-Boyz-cough>, trust us when we say we may be entering the age of the flamer as the go-to special weapon of infantry squads the galaxy over – let the galaxy burn! 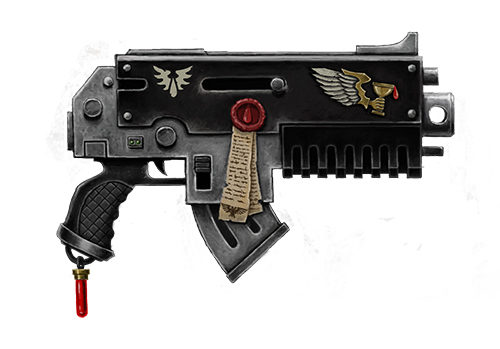 The rules team behind the new game have taken the opportunity to rebalance a lot of the weapons in the game, and with the new armour modifier system and removal of the cap of 10 on Strength values, we’ve made sure that every weapon has its use on the battlefields of the 41st Millennium. D weapons, for example, are gone, and instead there is a scalable Strength and damage that matches the effectiveness you’d expect from every weapon.

So there you go.

We’ll be back tomorrow when we look at movement.

It’s getting exciting! What do you all think about weapon profiles? -Reecius

← Guest Editorial by Revan: The Hope of a Harlequin Player
Eldar: Dreams of Newhammer for the Craftworlds →