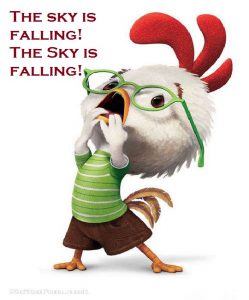 The rumours are running rampant, the end times are coming! New hammer is on the way? Join me, as I chicken-little the crap out of new hammer 40k with my insane demands that I want to see in the new game. For more reviews, analyses and battle reports, check out the Tactics Corner.

The internet is full of anticipation, excitement and bowel-loosening confusion over the recent GW announcement that we will be getting a new edition of 40k. Blogs, websites and forums are full of laughter and encouragement over the next iteration of the game, with little to no backlash or threats to rage-quit the hobby for good (so, pretty much the same as ever other edition of the game).

Now is the time to add my own rampant and ill-informed speculation to the mix here at Frontline Gaming. Here is what I predict, nay-expect, nay-demand that GW include in the next edition of the game. The thoughts below are entirely my own and are purely based on the voices in my head, and are not based on any secret knowledge that I have of the new edition. Though, if GW have any sense, they will immediately delete their rules for new hammer and implement my suggestions immediately.

(Note: In case you cannot tell from the tone of the introduction, this is a spoof article on what I expect to see from the new hammer 40k. Please disregard this warning and comment below with how ridiculous and out of touch with the player base I am in the comments below). 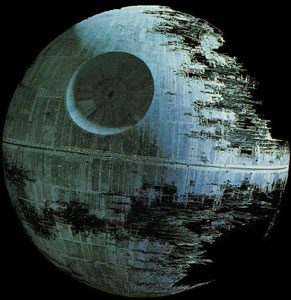 I love them, you love them, everyone loves them. Seventh edition really perfected the art of the Deathstar and I would hate to see them go away. If anything, we should really promote the use of more Deathstars. Everyone is constantly complaining about how long a game of 40k takes these days. What could be faster than only having one unit in each army, with all the models and special rules contained in that one unit. Plus, how much fun is it to roll up your 72 psychic powers before the game starts and desperately try to remember which Librarian has which power.

Warhammer 40,000 has been stuck in the same, stale, “I go-You go” turn system for decades now. Age of Sigmar introduced a great new concept that randomises who goes first each turn. This is a nice start, but new hammer 40k must go even further. Let’s have one player take all their 6 turns at the same time, then the second player takes all their 6 turns. Players wouldn’t even need to interact with one another anymore. This will put an end to all silly things ruining the game such as rules arguments, rules lawyering and talking with your opponent. 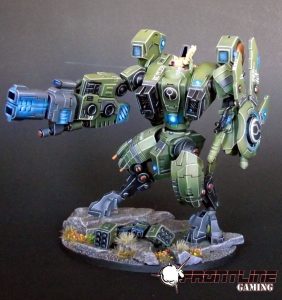 This has been coming for a while now. It is time to finally get rid of the stupid Toughness and Wounds characteristics for Monstrous Creatures and replace them with Armour Values and Hull Points that have made vehicles such a success on the tabletop in 7th edition. Something has to be done to help Monstrous Creatures. I mean, honestly, when was the last time you saw a SINGLE Riptide on the table. These days, you have to take at least 6 to make them even viable. 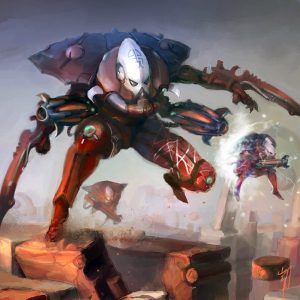 The awesome rules for Warp Spiders have shown me the light. Why confine movement to a single lonely phase at the start of the turn? Units should be able to move in every phase of the game, each requiring a random roll each time to speed things up. Give all units in the game unlimited Flickerjumps in the next edition. 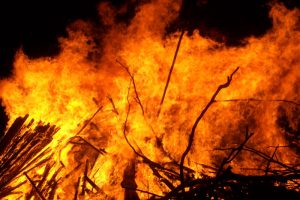 GW needs to invest time and energy to make armies that are flame-resistant. What am I supposed to do when I after I have doused my existing army is gasoline and set it on fire thanks to the announcement of a new edition?!? Buy a new army? Not burn my army? That way lies madness! Typical money-grabbing GW. Expects me to buy a new army after I have just destroyed a perfectly good one for no real reason. 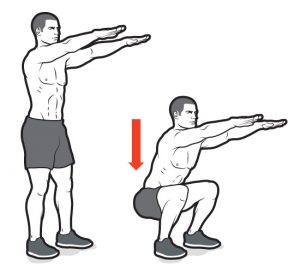 Sorry, I have no idea what a Squat is, but every article on a new edition of 40k is contractually obliged to ask for the return of Squats to 40k.

Is it like that thing at the gym? I think introducing some exercises between each game turn is a great idea! Don’t you know there is an obesity crisis going on in this country? The addition of the new “crossfit” phase will be a great boost to the game. 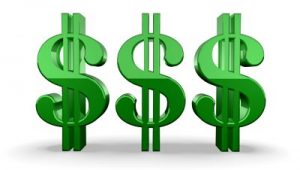 We all love video games, right? One of the best innovations in games in recent years is the addition of in-game purchases. Who doesn’t want to see this added to 40k? Messed up your Lascannon shot? Purchase a “Lascannon re-roll” for only $0.99 from the App Store! I can see this being hugely popular amongst current 40k players.

Everyone’s favourite special rule from 7th edition MUST be kept in the game. I can’t recall what it does right now or why it is so great, but I’ll remember it any minute now.

The new edition of 40k had better include these changes to improve the game! If not, I am going to sell all my armies. Not just my own armies, I am going to steal armies from other players and sell them, just to save them from themselves!

In fact, now that I think about it, new hammer has ruined 40k! Even before its release, I know that it has been a giant mis-step and has destroyed everything I love about the game. I can’t wait till they release 9th edition to fix all the changes that I have made above.

What awesome new rules do you want to see added to the next edition of 40k?

8 Responses to “Army Review- My Insane Demands for 40k”