Welcome back to the walkthrough of the Stormcast Eternals Battletome! Today we’re looking at the more specific Artifact options, as well as the Prayers you can use to make your Priests into real force multipliers and threats! Follow into the article for the full look. Check the Tactics Corner for more great articles.

So far we’ve seen Artifacts that are available for every Stormcast Hero to take in a game of AoS. However, there are two more Artifact tables that are only available to a select few Heroes in your arsenal, which we’ll look at now: 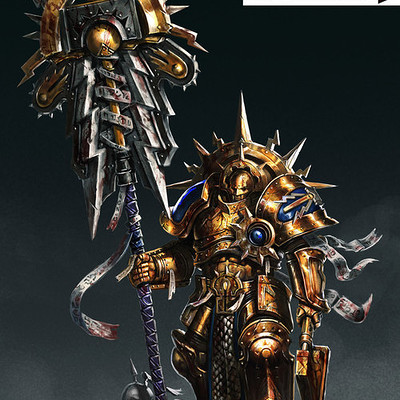 These are only available to Totem Heroes, which at this point is only the Knight-Vexillor. The Vexillor is already a pretty interesting option, either you use his (slightly nerfed) teleport banner, or you have a one-time massive meteor nuke. He still gives out charge rerolls in a bubble, so he’s a pretty decent support character once you take one of these upgrades:

So I think the clear winner here is the Lichebone Standard. If you’re running a Knight-Vexillor for support, it’s much more reliable at keeping things alive longer than the other ones. There could be an argument made for the Hurricane Banner if you really really want Run/Charge manipulation, but that’s pretty slim.

Overall, I think these options are weaker than other choices, given that you’re limited to one Artifact (plus an extra for Battalions), unless you’re running lots of footslogging Paladins and don’t care about kitting out your Heroes. The night is dark and full of Terrorgheists

Available to Heroes holding lanterns – that is, the Lord-Castellant, Lord-Veritant, and Knight-Azyros – this is another table that has some aura options that you can take in lieu of other Artifacts.

All these options have a decent shot at being useful depending on the way you’re running your army. The Fury Brand is probably the most limited in my mind, and my personal pick is a Lord-Castellant with a Lantern of the Tempest – even though it might not be useful against a full melee army, it can be life saving against a shooting force like Tzeentch or Free Peoples. Pray for the storm!

The next section covers Prayer options that your Stormcast have access to. Unlike Sylvaneth, Bonesplittaz, or Tzeentch, we don’t have Wizards to give extra spells to, but this table gives an extra ability to any Lord-Relictor or Lord-Veritant in your army, making them quite good for their points! Additionally, you can use these as well as any other Prayer they have access to, making the Relictor quite good since he can use one as well as heal a unit or zap an enemy.

Unlike Artifacts, these can be taken no matter what else you’ve equipped, so bring those Priests and kit them out!

Very nice options here! There are plenty that are fluffy, powerful for tournaments, or just fun in general. I think from a competitive standpoint, Lightning Chariot and Bless Weapons are the ones you’ll see the most, but Divine Light is a very solid option as well.

The one I’ve fallen in love with is a Lord-Relictor with Lightning Chariot. Not only can he pop a unit around the board, he can also use it on himself. He’s not too bad in combat, and he can jump into cover for a 2+. Then, you can put him right into range for a Heal or Lightning prayer, giving you a pretty unprecedented 36″ range on his Lightning Storm power! It’s always been a baller prayer, hampered by the range. Now, you can jump up the board super far and potentially hit a unit with d3 Mortal Wounds and -1 to hit, and that’s awesome! Or pop up and heal a hurt buddy. 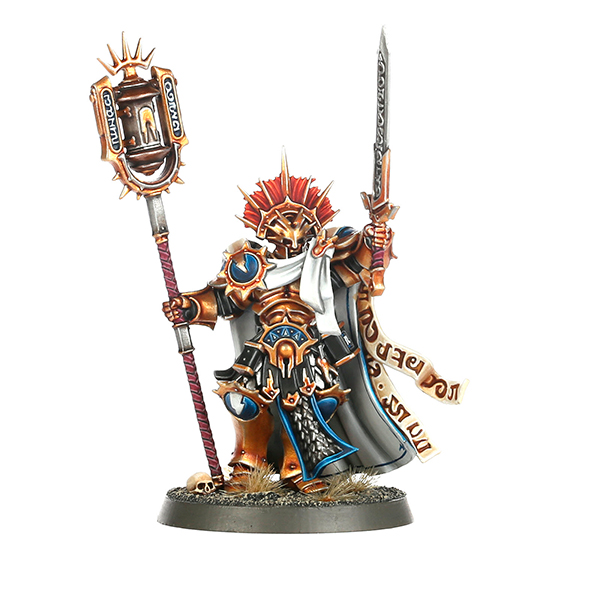 I also like the idea of a Lord-Veritant with the above Lantern of the Tempest hanging out with a unit of Judicators or Vanguard-Raptors. He protects them from shooting by forcing rerolls of 6 to hit, and then buffing their shooting to insanely massive levels with Bless Weapons! The Veritant is still not the best model in the book, but the support he can give is potentially quite good.

Whew, that’s a lot of options to consider, and we’re still not done! Next time we’ll cover the Mount Traits that you can use for certain Heroes.

Overall, this book has a huge amount of personality and customization that you can put into your Heroes! We’ll for sure see more Lord-Relictors out there to take advantage of the Prayers, but I can also see more Lord-Castellants and perhaps Knight-Azyroses to use some of the sweet Lantern auras. With a total of 24 Artifact options, you’ll have a lot to consider!

Let us know down in the comments what your favorite Artifacts and Prayers are from this book and what you’ll be using in future games. And of course, get Heroes to kit out in the store! Frontline Gaming sells Games Workshop product at up to 25% off of retail, every day! Frontline Gaming will buy your used models for cash or store credit!