Hey guys, BigVik here with some more musings on the theme lists burning a hole in the metagame, this week we’ll be looking at Cygnar’s Heavy Metal, and Storm Division theme lists! 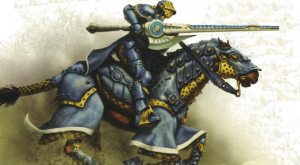 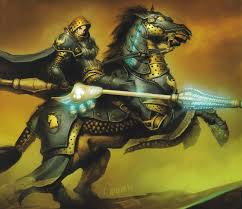 Typical build- Haley 2 with 2 Max storm lance units, Major Katherine Laddermore, Journeyman with a firefly. This forms a powerful core, which you can apply salt and pepper to taste.

Why it’s scary- You take the unit which many see as the most powerful unit in the game, make them give you free stuff, and take away very little which this particular army cares about, and profit. Ignoring the insane control element from Haley 2, we can look at the storm lances, the unit heading the charge will have arcane shield, and Laddermore with a firefly in close. With this combo set up the Lances now charge in with armor 20 and out threat most things in the game, followed up by a rat 7 pow 16 electro-leaping assault shot, followed by a mat 9 pow 17 electro-leaping charge attack. Just about everything folds like a paper bag to this, and if your opponent isn’t mindful of the e-leaps, their support staff are now BBQ.

Storm Division out threats most of the game, and can clear large numbers of infantry while also having some of the best armor cracking, backed up by Haley 2, still among the best control casters in the game, ensures this Theme’s place in most tournament pairings for the foreseeable future. 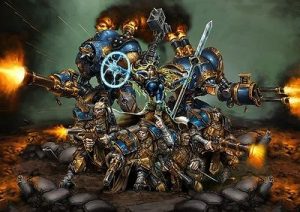 Fluff- The Heavy Metal Theme force represents a force coming to bear on an entrenched, heavily armored foe which requires a Blitzkrieg approach to dislodge.

Composition- This Theme Force can use any warcaster, non-character warjacks and Thunderhead, Archduke Alain Runewood, solos with Battlegroup Controller, the Squire, Cygnar battle engines, with Mechanik and Sword Knight models/units.

Benefits- For every 25 points of warjacks and battle engines in the army you can add one command attachment or solo to the army for free. Solos and Mechanik units in the army gain

Reposition [3”], and your deployment is extended 2” forward.

Typical build- This is a pretty pliable Theme list, as you can use Caine 3 with charger spam (yes please 20 rat 9 pow 15 charger shots on feat turn, LET IT ALL BURN). Darius  with 2 centurions and 4 hammer smiths (for focus efficiency), or 4 ironclads (for slightly higher threat range and pow) are good choices which can be very… very hard to attrition down. Darius also still likes double colossal with his REPAIR IT ALL!!!1!1!! Feat. 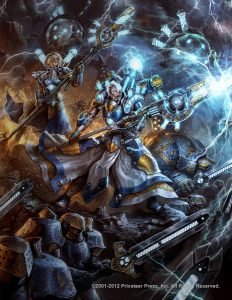 Honorable mentions for this theme force, and quite popular choices, are Stryker 2 with his ‘Run forward and hit it with my sword’ build, or the meta busting Nemo 3 with electric damage spam (this also works well in Storm Division, and it but will have significantly different build).

Why it’s scary- In and of itself this theme force is good, very good in fact, but not particularly game breaking. In certain circumstances this theme force can create some awesome damage/armor/box skews for your opponent to have to answer. The best part of this theme force for me is its inherent flexibility, many warcasters in Cygnar can use this theme force quite well, and thus this will expand the viable stable for Cygnar to… Haley 2 and something else, rather than… Haley 2 and Haley 3… That’s a 50% decrease in Haley!! 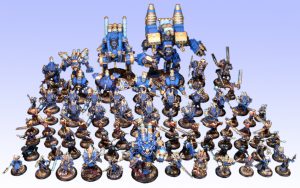 The scariest part of one faction having both of these, is that between these two theme lists, you have a solid Steam Roller pairing, with the Heavy Metal list having good armor cracking, and potentially attrition. This is paired to Storm Division which has an unrivaled alpha strike, and with Haley 2 has outrageous scenario control. With these highly complementary theme forces, there will generally be a ‘clear choice’ to drop against your opponent to push the odds in your favor, meaning that this can, and probably will, replace the old de facto Cygnar pairing of Haley2, Caine2, with Haley2 Storm Division and some sort of Heavy Metal pairing.

Posted on April 7, 2017 by BigVik in Tactics, Uncategorized, Warmachine