In this episode we talk about the LVO, the Ynnari, and some sneaky Necron units… 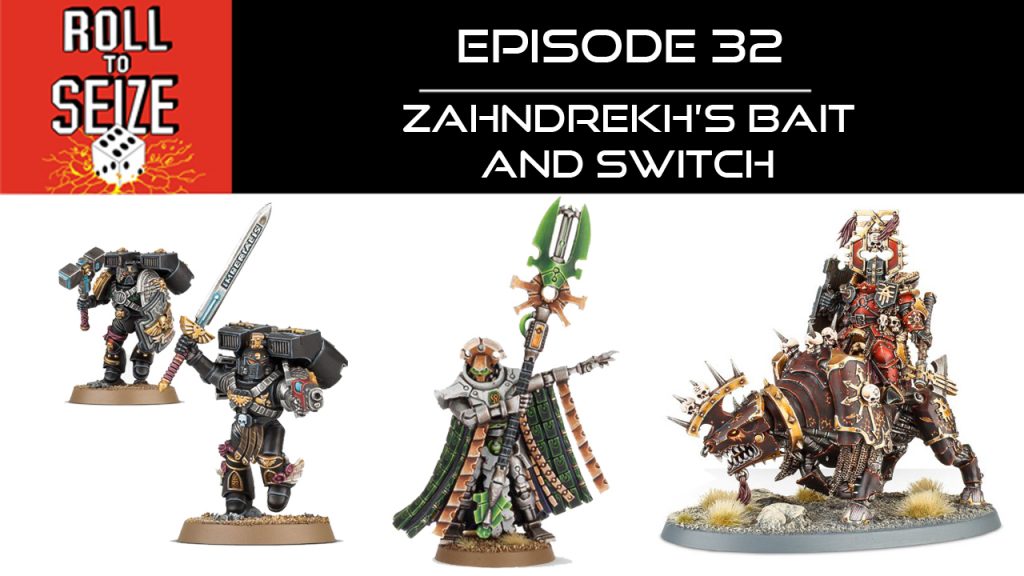 Remember to check the tactics corner for more great content!

**Disclaimer: Some Chaos trickery was at play during Andrew’s seize and we may have been misinformed around a specific rule regarding charges. Damn you Tzeentch! As we all know, getting a rule wrong in Warhammer 40k 7th Edition is rare and tantamount to heresy so luckily we know some Dark Eldar who were more than happy (too happy?) to dole out the appropriate amount of torture. Otherwise, we hope you enjoy the episode!**

Jay and Andrew have returned from the great battle that was the Las Vegas Open 2017. They have a many crazy story to tell with plenty of mistakes to go along with them. Hopefully the new Ynnari can help distract. In the Brown Library, the Necrons take center stage as we unpack the dark secrets of their most elusive assassins.

Seizes of the Month:
Jay: Please…please stop sending your Warlord into death.
Andrew: Sometimes it helps to know some of the basic rules of the game (a lesson we still haven’t learned).

Brown Library:
We study the mechanized movements of the hunters from hyperspace and decide if these ethereal Deathmarks are as dangerous as they appear.

To get the full army lists and listen to previous episodes, head to PartialArc.com
Email us any questions at rolltoseize@gmail.com, and find us on Twitter at @partialarc

View all posts by Jay Jones →

One Response to “New Roll to Seize: Zahndrekh’s Bait and Switch”