The LVO was the biggest AoS event in the United States! In this article, we’ll take a look at the top lists from the event.

Live streamed on both Frontline Gaming and Warhammer Live, there was great coverage and the event was an awesome way to help the competitive community in the states. It’s amazing to see AoS blowing up as a game, and even though I couldn’t make it out to Vegas, I was following the streams and coverage as much as I could. Thanks to the always awesome Best Coast Pairings app, I can also give you a look at the top 5 lists!

Note that these are the top 5 placing based on battle points alone, soft scores were used for the overall scoring, but I’m looking at the winningest armies.

Sylvaneth are considered a very strong army by most players – and it’s easy to see why. Kurnoth Hunters are great units in any variant, they have affordable monsters, and they have one of the best board control options with the ability to drop forests all over the place.

Austin’s army contains no Battalions, but does have the Sylvaneth allegiance for one free Wyldwood at the start of the game and two Wizards that can pick up Verdant Blessing, which summons another one. This, along with the Treelord Ancient having the Moonstone to teleport, gives the army some amazing mobility. Placing a Wyldwood in the middle of the table early in the game, and then either dropping onto it with the Allegiance trait or teleporting to it after summoning another nearby forest, means you can get your whole army up front and center really quickly.

The Scythe Hunters are an amazing hammer unit, regularly running rampant through powerful enemy units with their 2″ reach, Rend -2, and d3 damage. While the Treelord Ancient isn’t designed as killy as something like a Frostlord on Stonehorn, he’s also great at removing many units from the board and supporting other units. Dryads and Tree-Revenants provide a good screen with some surprising mobility, while the Bow Hunters will lay down very good ranged firepower on necessary targets.

This is an army that hits hard and can be hard to shift with cover bonuses, save rerolls, and potential healing spells. But, it also has some mobility tricks up its tree-sleeves, it forces games to be played with the Wyldwoods in mind, and keeping the Scythes/Alarielle from hammering your important units.

The relatively low unit and model count can be tricky in certain missions, but the ability to get around the board can mitigate that quite a bit. Defeating it will be focused more on the mission, but if you’re able to kill the two Behemoths early on, it takes out a lot of the punch of the army. 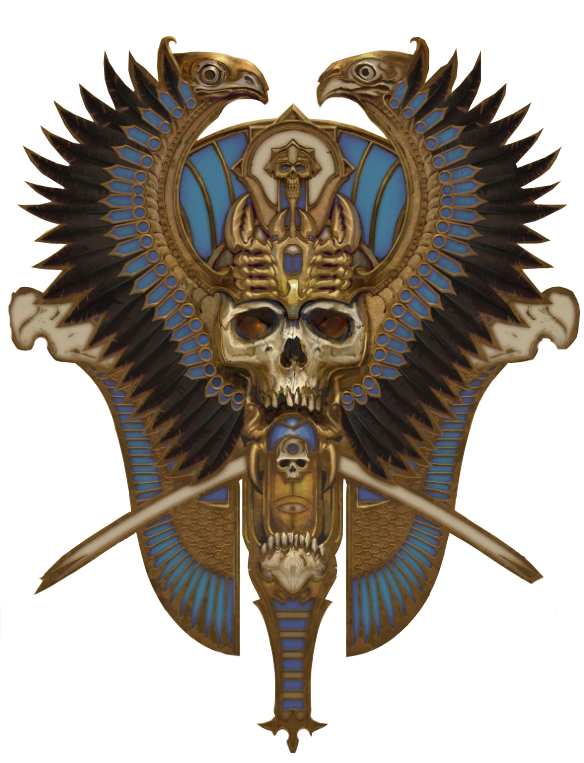 Believe it or not, Tomb Kings are still kicking around, despite their squatting, and are smashing tournaments on both sides of the pond. Settra is an amazing force multiplier, and many of the Tomb King compendium units are quite powerful.

Being a Death army, David has brought a large number of heroes. These are really the backbone of your force, buffing units (and each other) while most being threats in and of themselves. The Tomb King is a right good beat stick, especially when using the Royal Legion of Chariots battalion that gives him +1 to hit on his powerful melee attacks. The Liche Priest has a spell to give a Skeleton unit (aka everything in this army) exploding hits. The Tomb Herald can return a model to any unit in range in each Hero Phase as long as he doesn’t move, and can take hits from friendly heroes. The Necromancer can let a Skeleton unit pile in and attack twice and can shunt wounds off to nearby Death units. Settra can give a unit double range and fly, and his Command Trait can boost hit and wound rolls by +1. Arkhan doesn’t have any force multipliers, but he’s a powerful character with the Skeleton and Deathrattle keywords, so he can be effected by any of these bonuses, potentially making him a lot scarier than the other Mortarchs in combat!

While 4 units of Chariots don’t seem that powerful, with their meager save and relatively mediocre combat profile, this means that a unit affected by a couple of these abilities is suddenly a pretty scary prospect to take down. The Chariots are 5 wounds each, and their banner lets them bring one destroyed model back per friendly Hero Phase. If the Tomb Herald gets his banner down, that’s 2 back! If you don’t get a double turn on the opponent, that means you have to deal 15 wounds to a single unit through their save and extra Death save, otherwise they’ll just come back at the start of the opponent’s turn!

The Chariots aren’t super killy even with the buffs, though, most of that punch comes from the Heroes. There are a lot of tools to make this force work, and they can be used in a variety of ways. The thing you need to deal with this sort of army is the ability to either tie up very scary melee units with lots of chaff, or the ability to remove Heroes quickly before the ball gets rolling. Forcing them to spread out will limit the buffs they can stack, but also makes your spread out force vulnerable to the hammer of the power heroes. Approach this sort of opponent carefully!

However, before you run out to purchase this super strong force from eBay, keep in mind that GW has just released some tentative changes to Settra to jump his points up by 100, and we don’t know what other changes will be made, points-wise. But, you can still expect hard to kill units with lots of synergy. 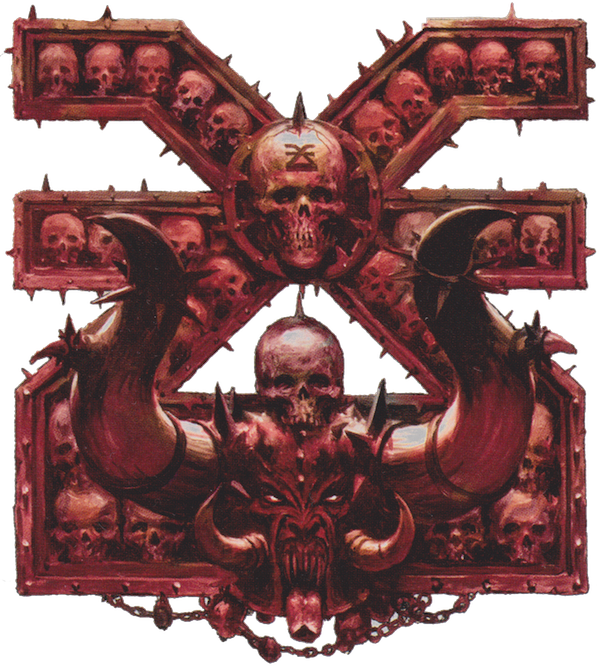 Here’s a name you might recognize, a 40k convert trying his hand at AoS and placing high! Top Chaos of the event, though fellow former 40k player Garrett Mulroney isn’t too far behind with his different Chaos list.

Benjamin’s list is one you might see around, it’s a great example of stacking Khorne bonuses to make very scary units. The main thing you’ll see in this setup is Sayl and the Bloodstoker buffing up one of the 30 man units, and then them flying up the field next to the Bloodthirster to smash apart anything they touch. Bloodsecrator abilities stack, so those Bloodletters can potentially have 4 attacks per model and hit on 3+ (dealing MWs on 5+) with the Bloodthirster’s trait, while he’s getting 8 swings with his massive Axe. That’ll delete anything!

Like other combo armies, this needs to get going quickly and relies on the Heroes to buff. But with three 30 model blocks, there’s plenty of screening coming from the Khorne side as well. You need to be able to chew through bodies quickly as well as being able to pick off Heroes to cripple it, and there’s no one linchpin that you can remove to stop them dead in their bloody tracks. Taking out Sayl early on will prevent the army from having much mobility, but honestly that only slows down the pain-train, so you better be prepared to survive a wave of pain either way, unless you can shut down the Bloodsecrators and Bloodstoker (and hopefully the DThirster as well).

Many people were surprised with this one, myself included somewhat. Pure Ironjawz, especially using a Mawcrusha and no Battalion, is considered to be an uphill battle. However, 15 Brutes backed up by a Mawcrusha is a hammer that many armies can’t stand up to, and Ardboyz are an acceptably good screen in most cases.

Ironjawz are notoriously straightforward – they run up the board (quickly with Rampaging Destroyer + Ravager) and charge things, then delete them. The Warchanters and Shaman aren’t the most powerful heroes in the game, but they do basically guarantee that you’ll never be without the extra move, while never being quite scary enough to draw lots of attention to themselves – most people being focused on the cabbage dragon and Brutes in front of them.

I want to point out the Talisman of Protection. I loooove this choice. Everyone is drawn to the Battle Brew, because hitting and wounding on 2s is tempting. But, MWs will mess your day up something terrible, so being able to ignore half of them is goooood, and makes people a bit iffy about even using MW attacks on the Megaboss in the first place.

Fighting an army like this is just about weathering the storm. Once the Brutes and Megaboss catch you, they’re gonna do a lot of damage. Make sure they don’t hit your important units, or are sufficiently damaged down by that point.

Note: this review was written before the new Battletome, so some information may be out of date.

I really like this list. Not just because I’m also a Stormcast player, but because it’s quite atypical. No Warrior Brotherhood or Skyborne Slayers, everything is footslogging or using situational teleports. Also, only one unit of Paladins and then using Fulminators as your hammer units is different, as many people eschew the Dracothian units for more Paladins like Retributors or Paladins. However, since this list is using buffing Heroes surrounded by lots of Stormcast, the Fulminators can get things like a +1 to hit, an extra save (making them 2+ in combat or 2+ against -1 rend shooting), and the ability to teleport if needed. And they can heal up some damage from the Lord Relictor, who is totally underappreciated!

The Wardens of the Realmgate is a neat formation. The bonuses to the models is pretty solid, making them quite resilient to shooting between the Protector’s normal bonuses and the reroll, but having a Realmgate that you basically control means that you can get some good mobility early on that is surprising for non-Brotherhood or -Slayers Stormcast.

This is a more tactical list, in my opinion. You can potentially Alpha Strike faces off by teleporting 10 Paladins with the Vexillor, or flanking with them or the Fulminators from the Realmgate. This forces some really hard deployment questions from the opponents – the Vexillor can drop his unit nearly anywhere on the board, and the Realmgate makes the edges of the board a scary place to be. But, once the game moves towards the center of the board (as most do), the rest of the Stormcast have to footslog, which requires a bit of forethought as to where you want your units to be in a few turns, and which units are going to walk vs teleporting.

Fighting this list is about positioning. As with fighting Stormcast in most situations, you’ll just need to survive the Alpha Strike, and engage the right targets. Getting your power unit tied up with a bunch of Liberators while his Protectors hit your linchpin is painful. Make sure those two either die quick or get tied up.

Killing Saih and the Relictor will make the Realmgate very risky to use, and taking out the Vexillor will reduce mobility a lot. The Castellant and Celestant are throwing out combat buffs, but stopping the mobility might be more important.

So there you have it, the top lists from the LVO! The event was awesome, and I’m hoping that Adepticon will bring more amazing armies. Leave your own thoughts down below, and look forward to more AoS content in the future!

And remember, if you want to get into AoS or expand your army, Frontline Gaming sells Games Workshop product at up to 25% off of retail, every day! Frontline Gaming will buy your used models for cash or store credit!