Keep coming back here for live updates throughout the entire day  of the LVO. Including 40k champs report, the 30k champs, AoS champs, and whatever other interesting things I can find. The newest updates will be marked with a red timeline heading.

I have a faction breakdown of all the armies at the LVO 40k Champs. I talked about it on twitch but here it is in full detail. 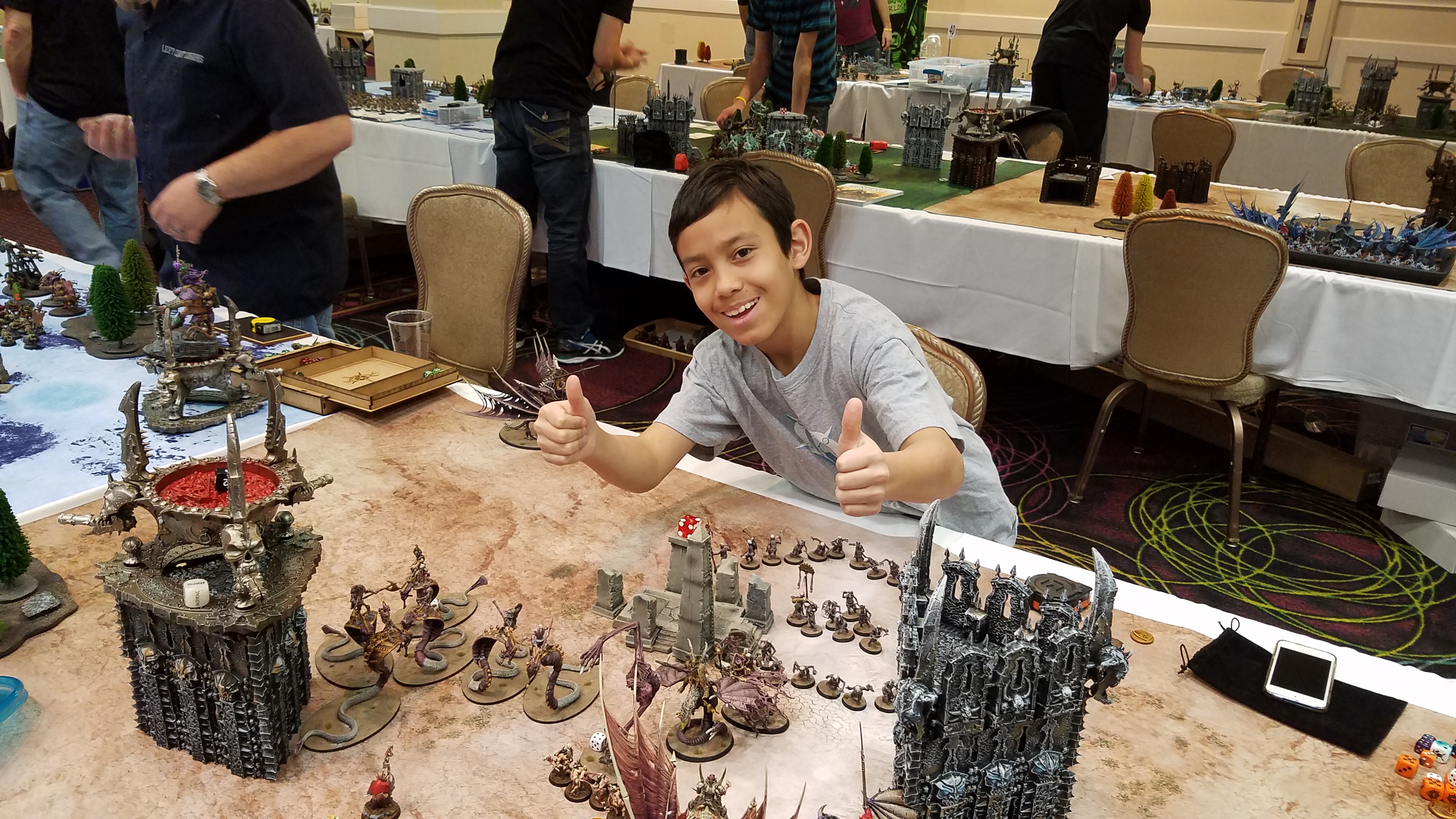 Not 40k related, but I hope this kid dominates the Age of Sigmar event.

We currently have 30 players who are at least 3-0-1 or better which means if there are not a lot of ties between undefeated 4-0s one person MAY get into the top 8 with a single loss. As a matter of fact it is still anyone’s game and a lot of players need to keep playing their hearts out, including Michael Snider, Matt Schuchman, James Carmona, Geoff Robinson, John McCool, and anyone else I can’t remember to mention. The fact that these top players lost a game and have a slim chance at the top 8 but continue to play well shows that they are all amazing competitors. Oh, and that best in faction bragging rights is cool too. Here are pictures of all of the players who are currently 4-0 with some color commentary form myself. Of course, head on over to the BCP player app for each player’s list. 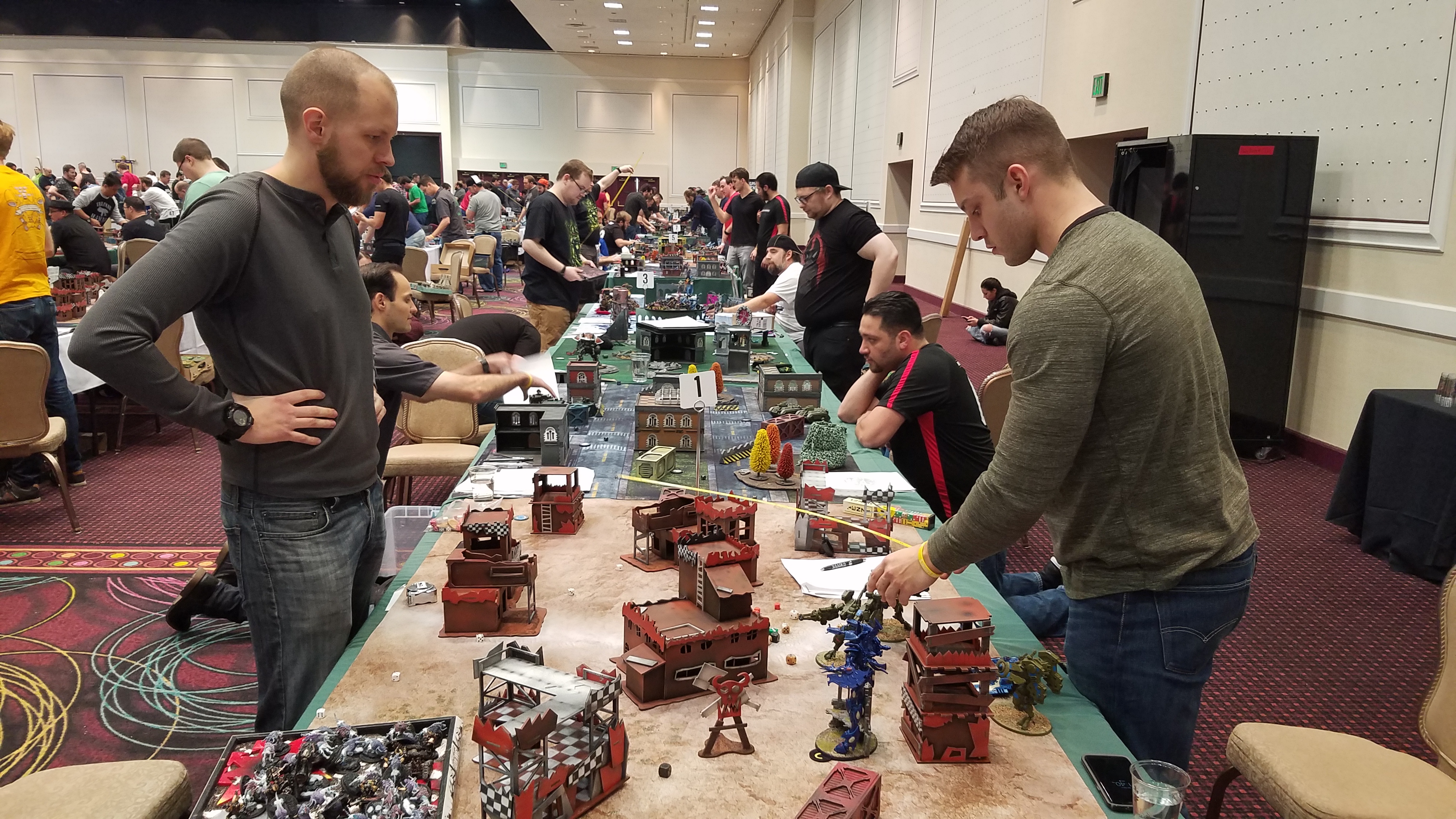 This is the top table, both of these guys are amazing competitors with hard-hitting cheesy lists. It should be a nail biter. 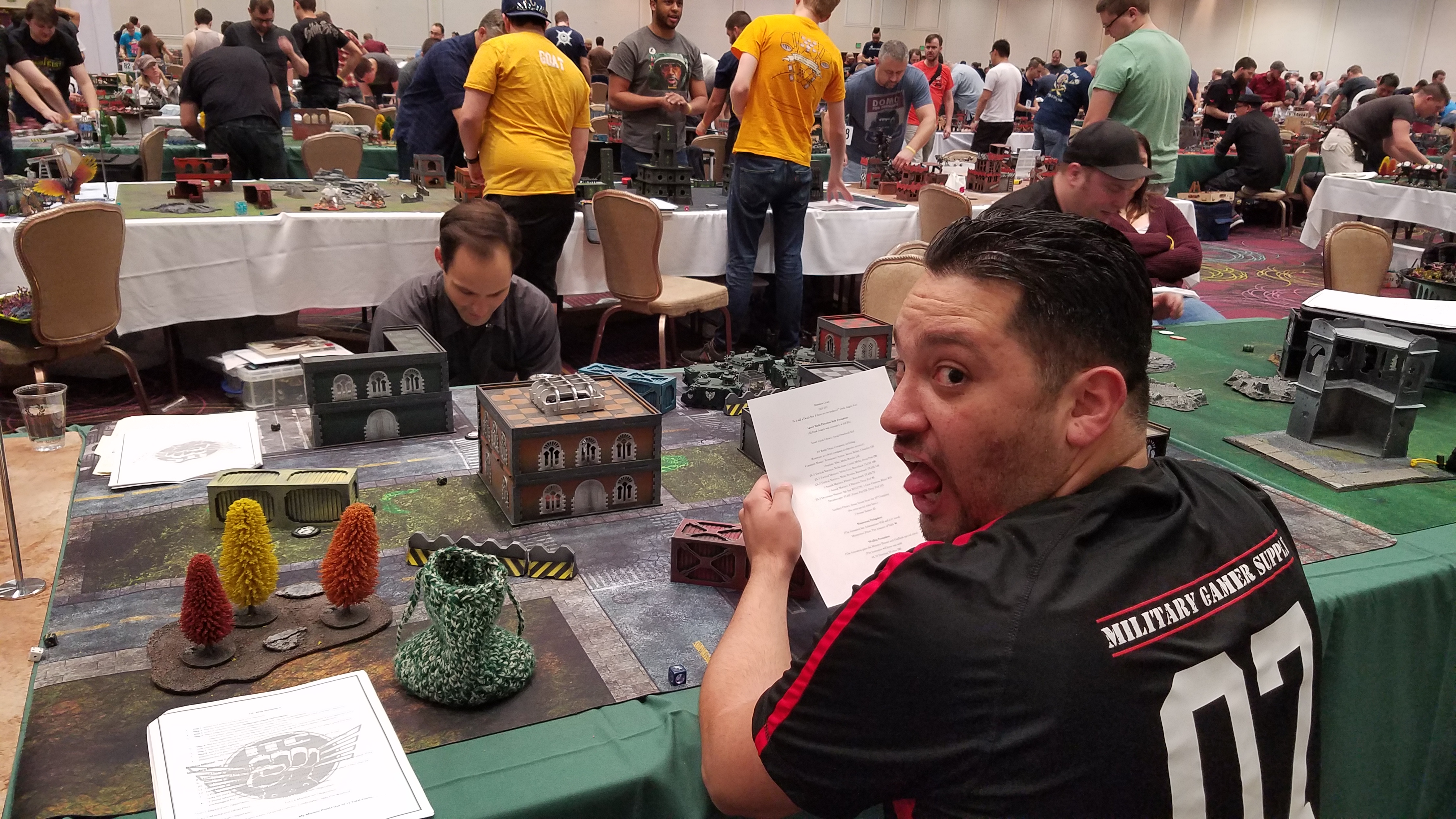 Jon Camacho is looking to repeat with a rare army like he did last year. If he can get past Grant he deserves a stop in the top 8. 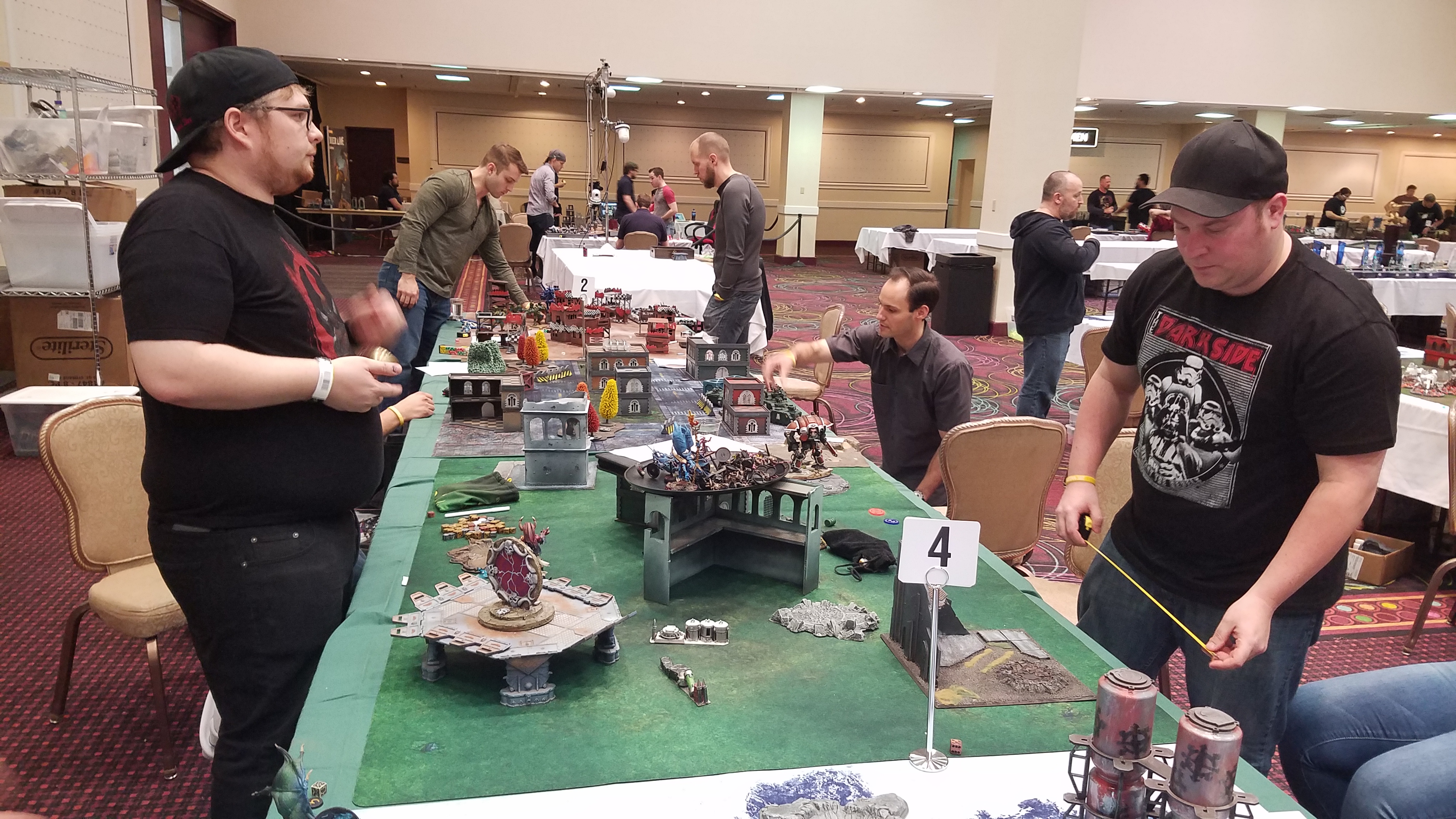 Dan Platt just won this match 11-0, Canada looks like it may have a champion in Dan Platt who beat a great opponent in Towler. 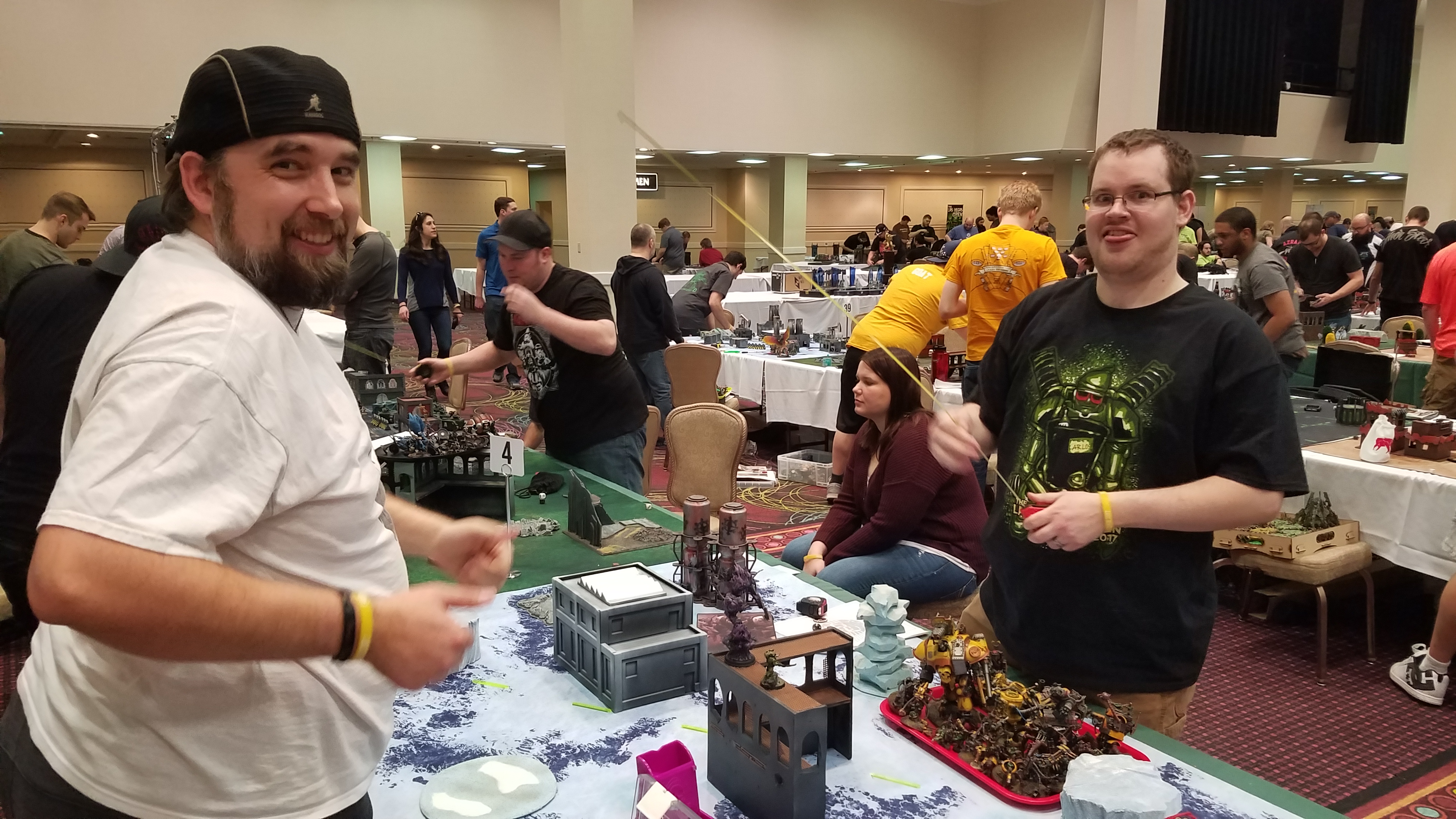 These are both great guys with a lot of charisma and a lot of competitive games under their belts. It should be a clinic on what to expect out of a top 8 game. 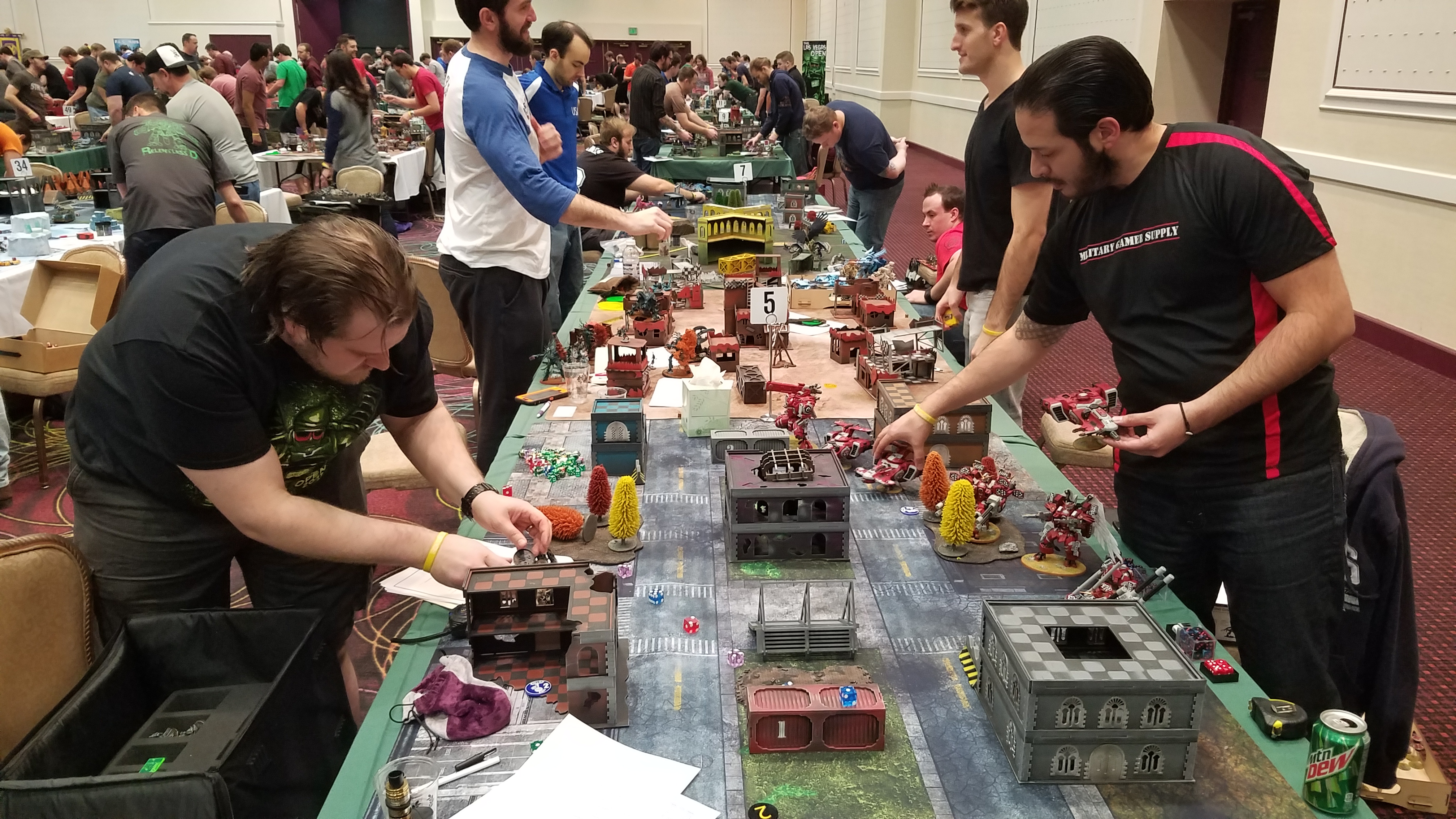 No, seriously Will’s Riptides look like gundamns. Will is coming off a win over Matt Schuchman and should be looking for some momentum, but can he beat the hottest list in the tournament right now? 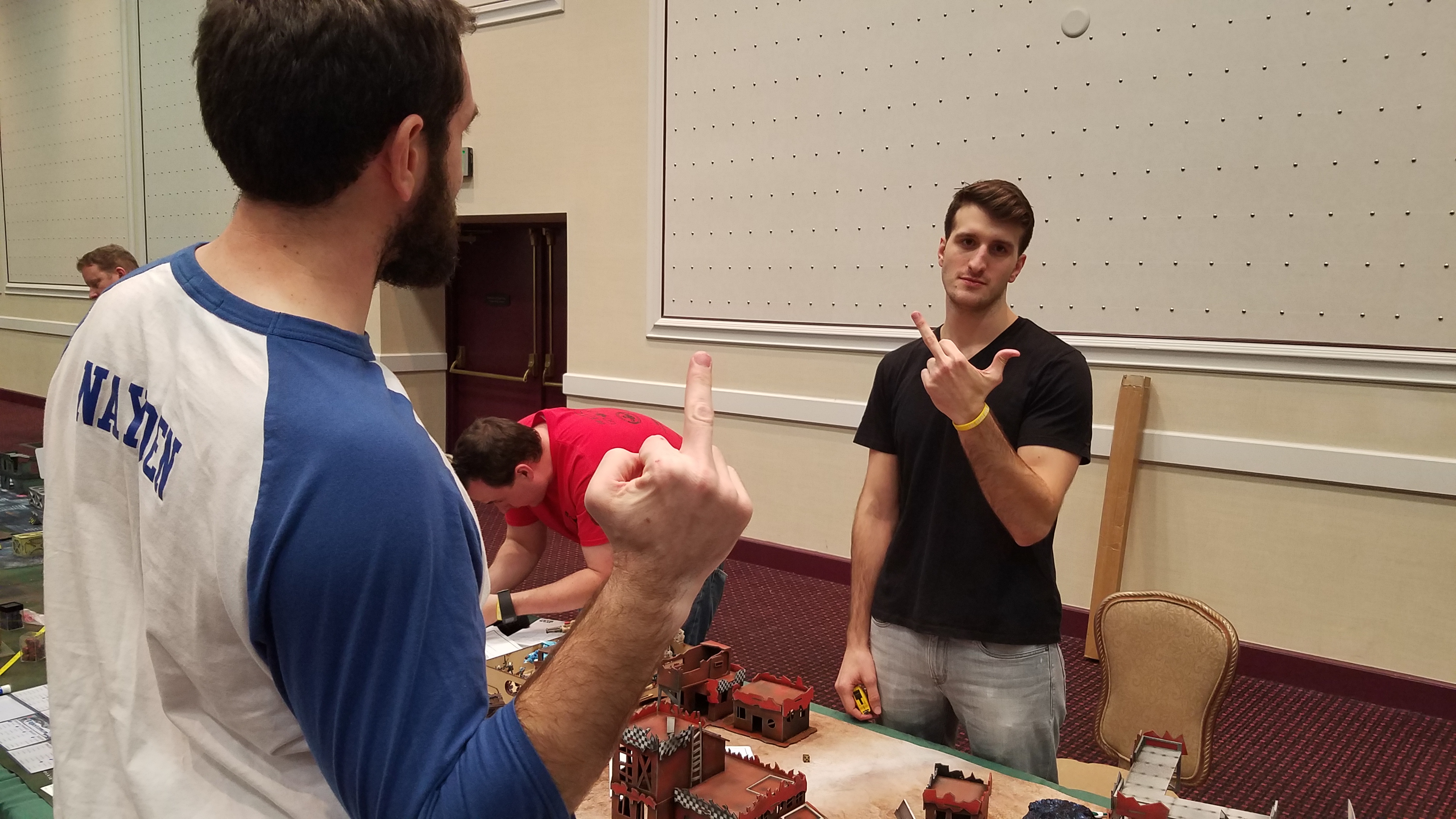 I love you too guys, I hope you both develop hand sprains from rolling too many 6s. 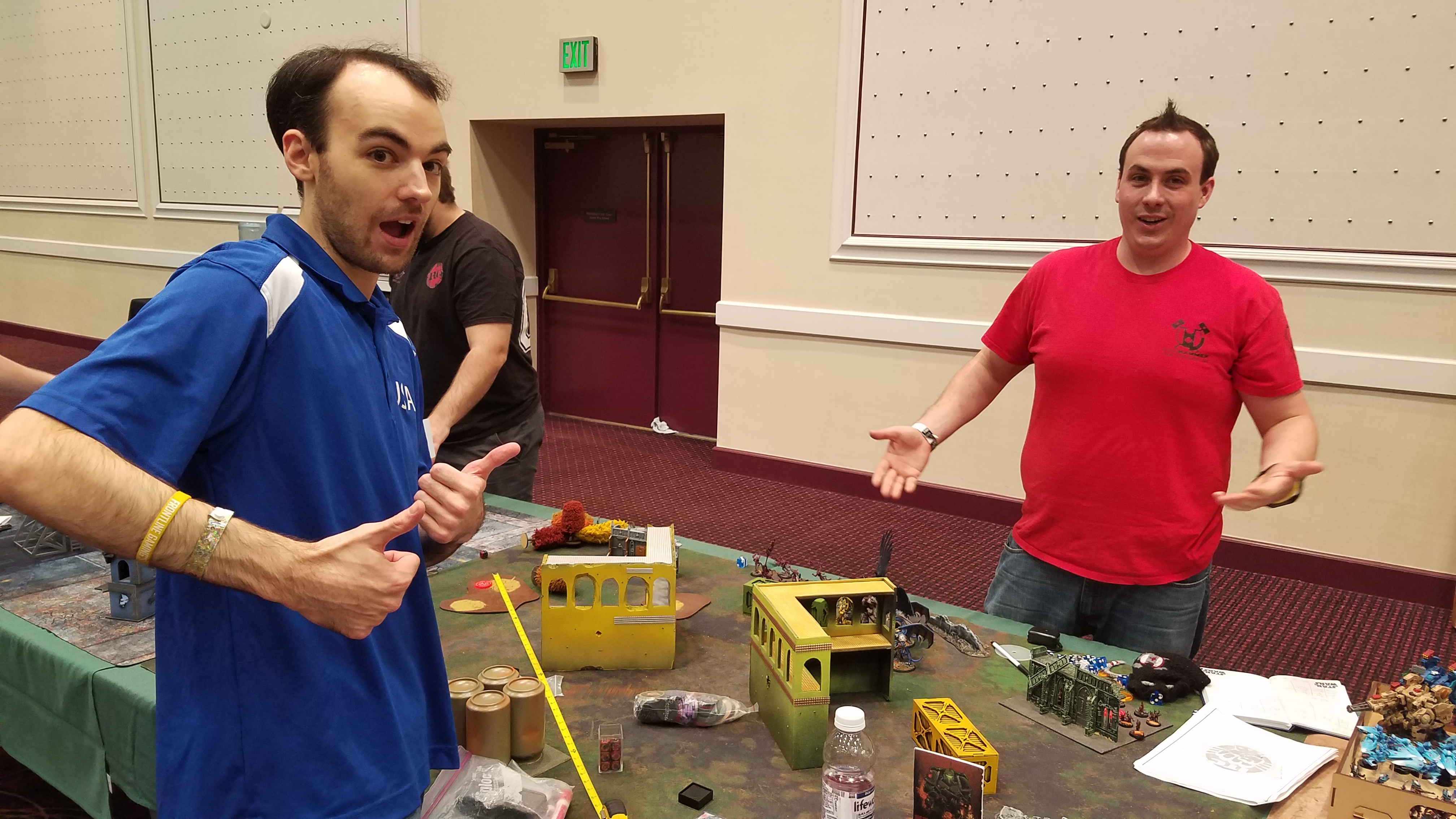 The first hot Magnus on Magnus action that I have seen today. Tzeentch is one tricky son of a warp blast. 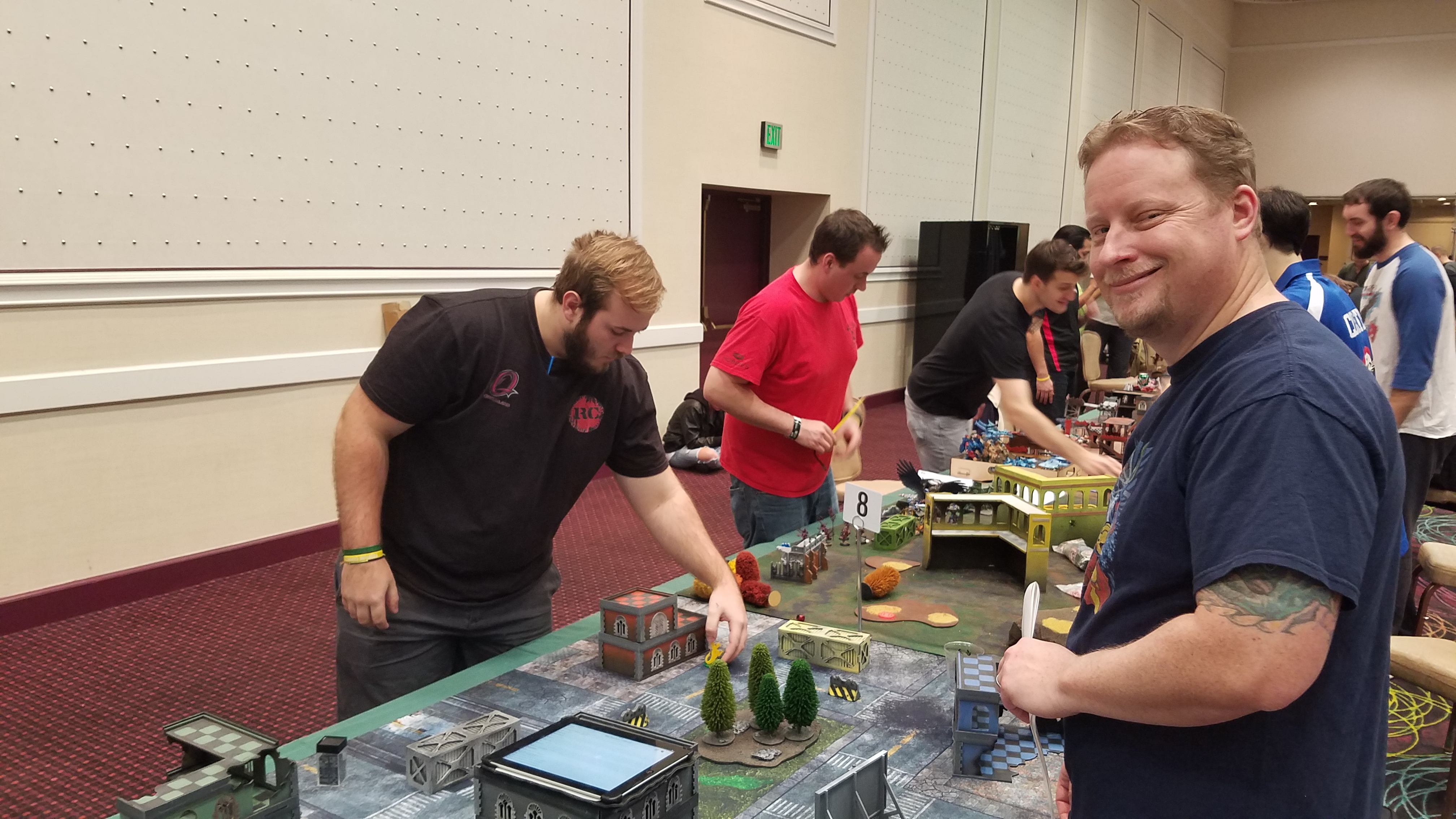 Dan May looks smug, he must think he is in the the bottom tables like usual. Ah, whatever Team0Comp is still in it, go Dan! 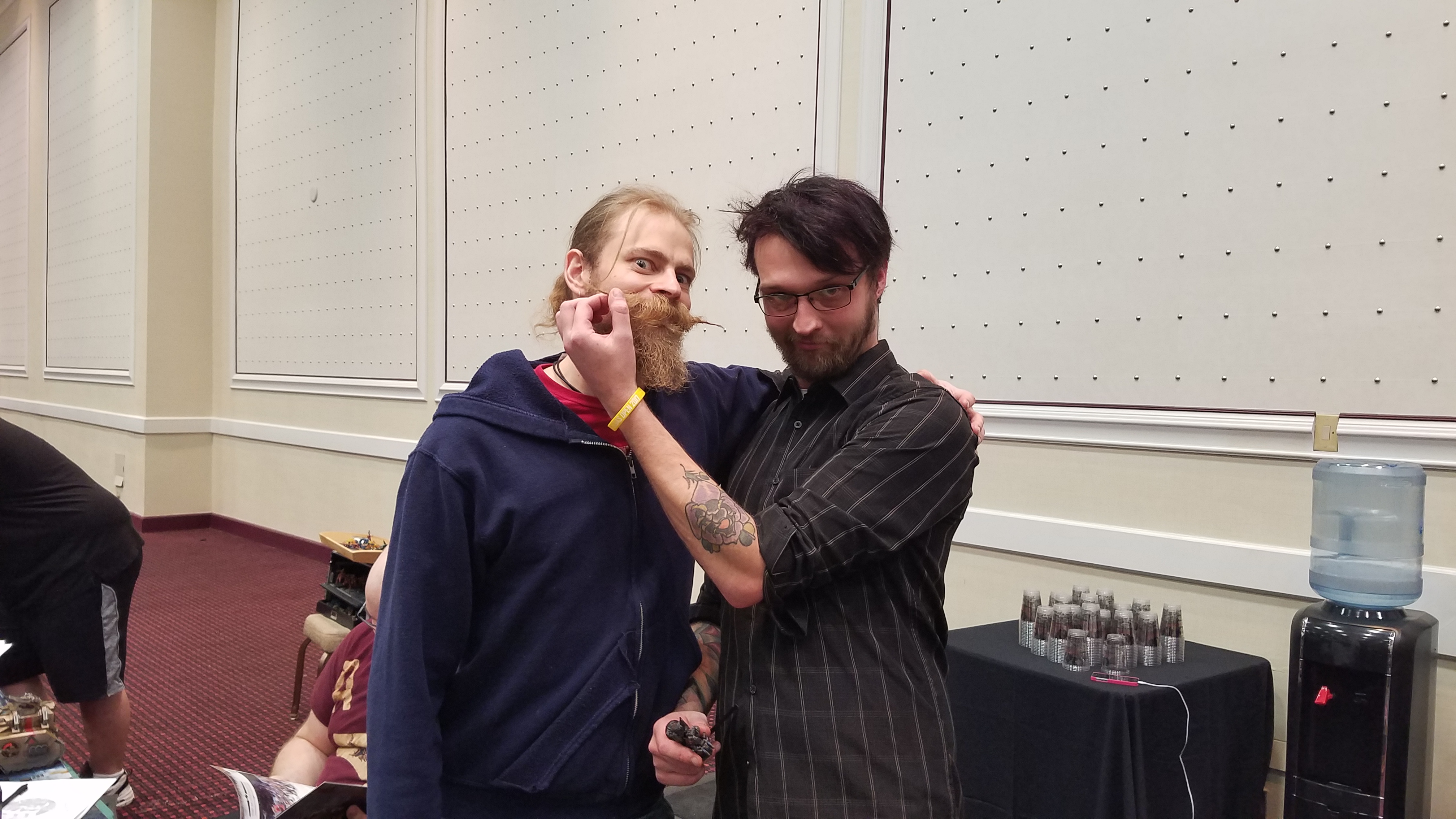 This game ended in 2 minutes. Mike seized, failed a critical charge which would cripple Thomas’ chances to win the game, and both players shook hands and were never heard from again. 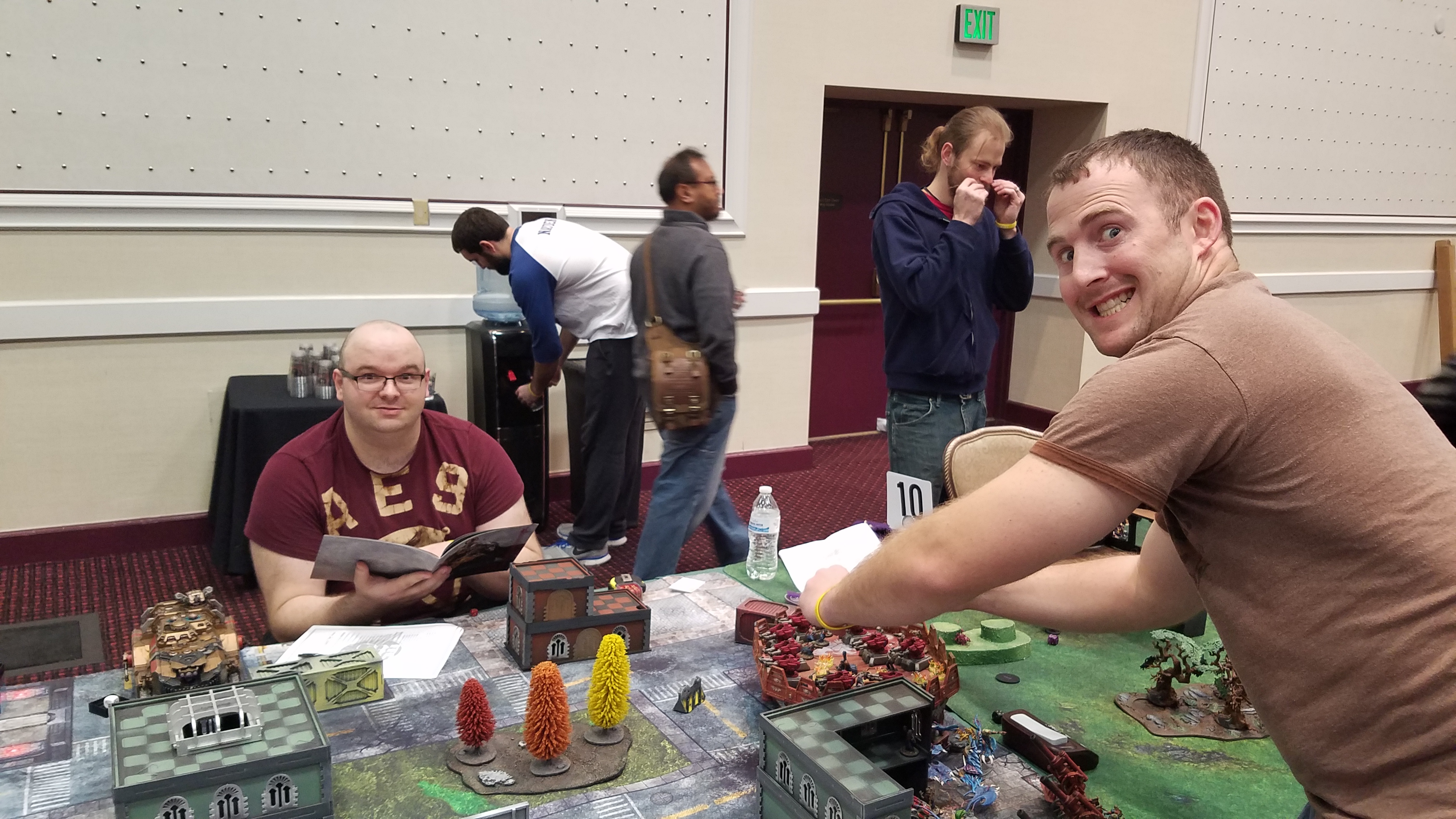 I asked Brett to lose because I really wanted such a unique cool Forgeworld model in the top 8. Brett gave me this look in reply. I have no idea how to take it.

This was a crazy event with a lot of tough match ups we are going to go over your top 8 in a separate blog post, but here are some highlights of the rest of the evening.

Also look for some Age of Sigmar and 30k results tomorrow as well.

More pictures to come tonight! First, I must eat.

Which Magnus is better? Both are entered in our painting competition. 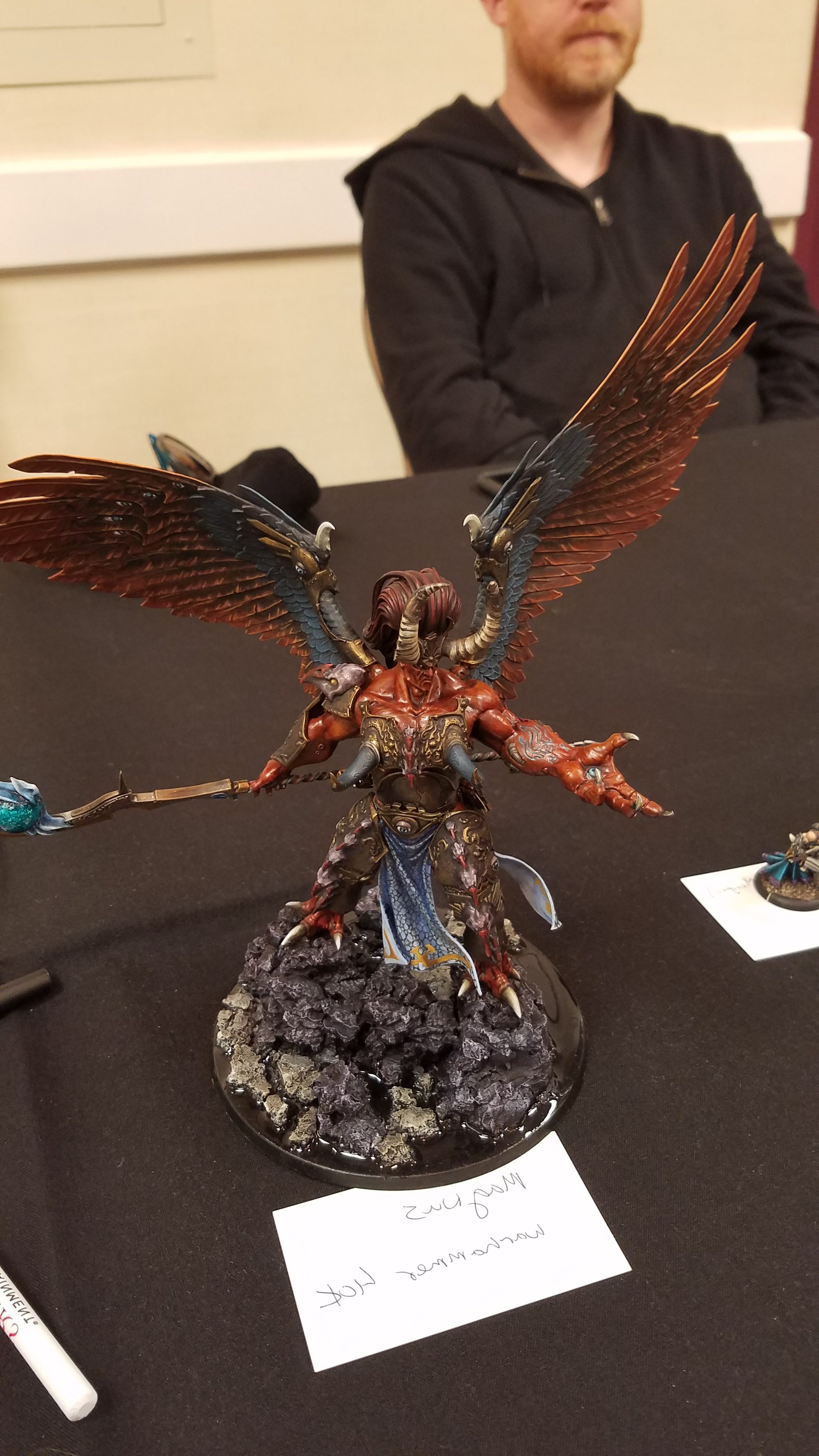 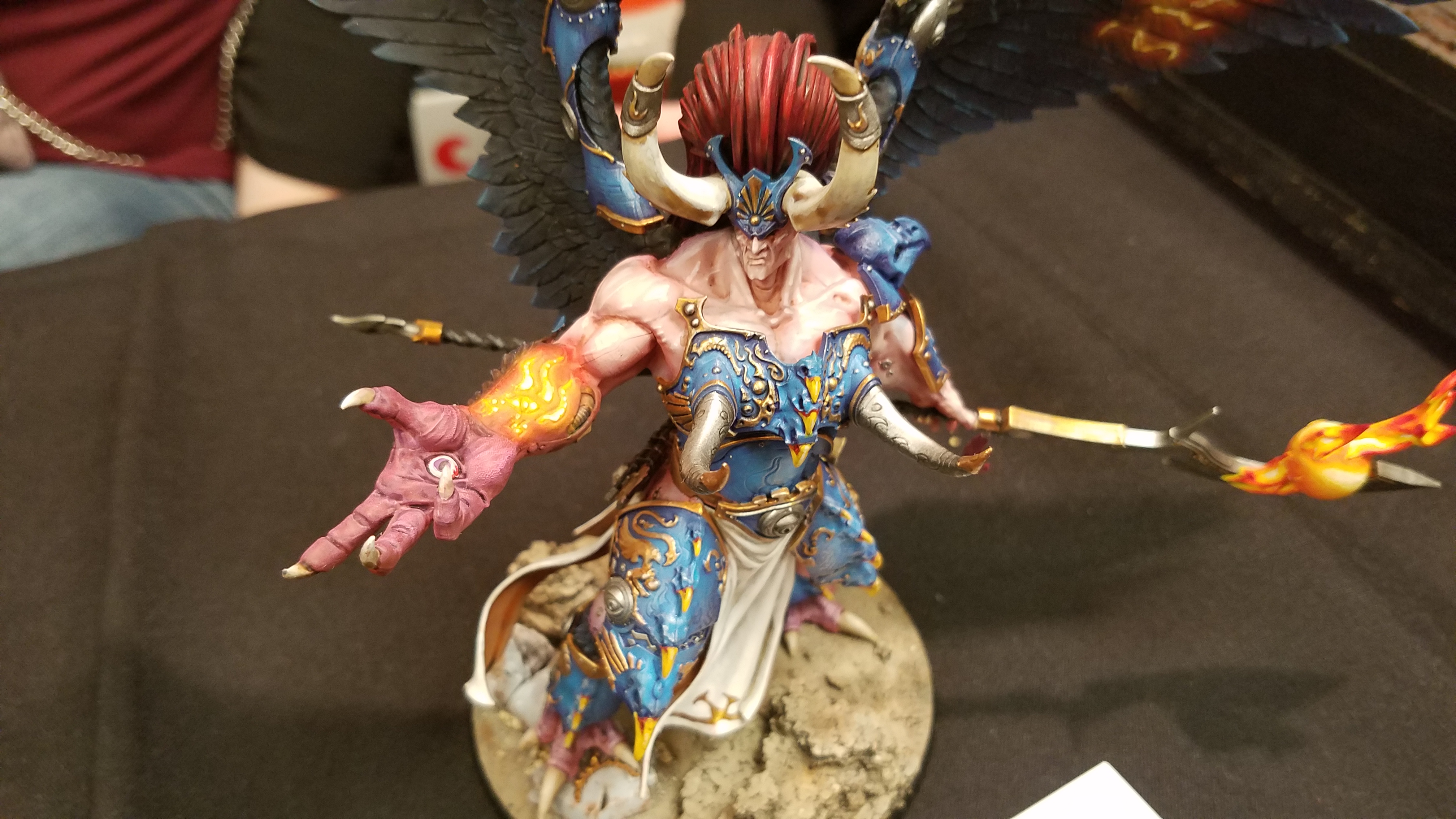 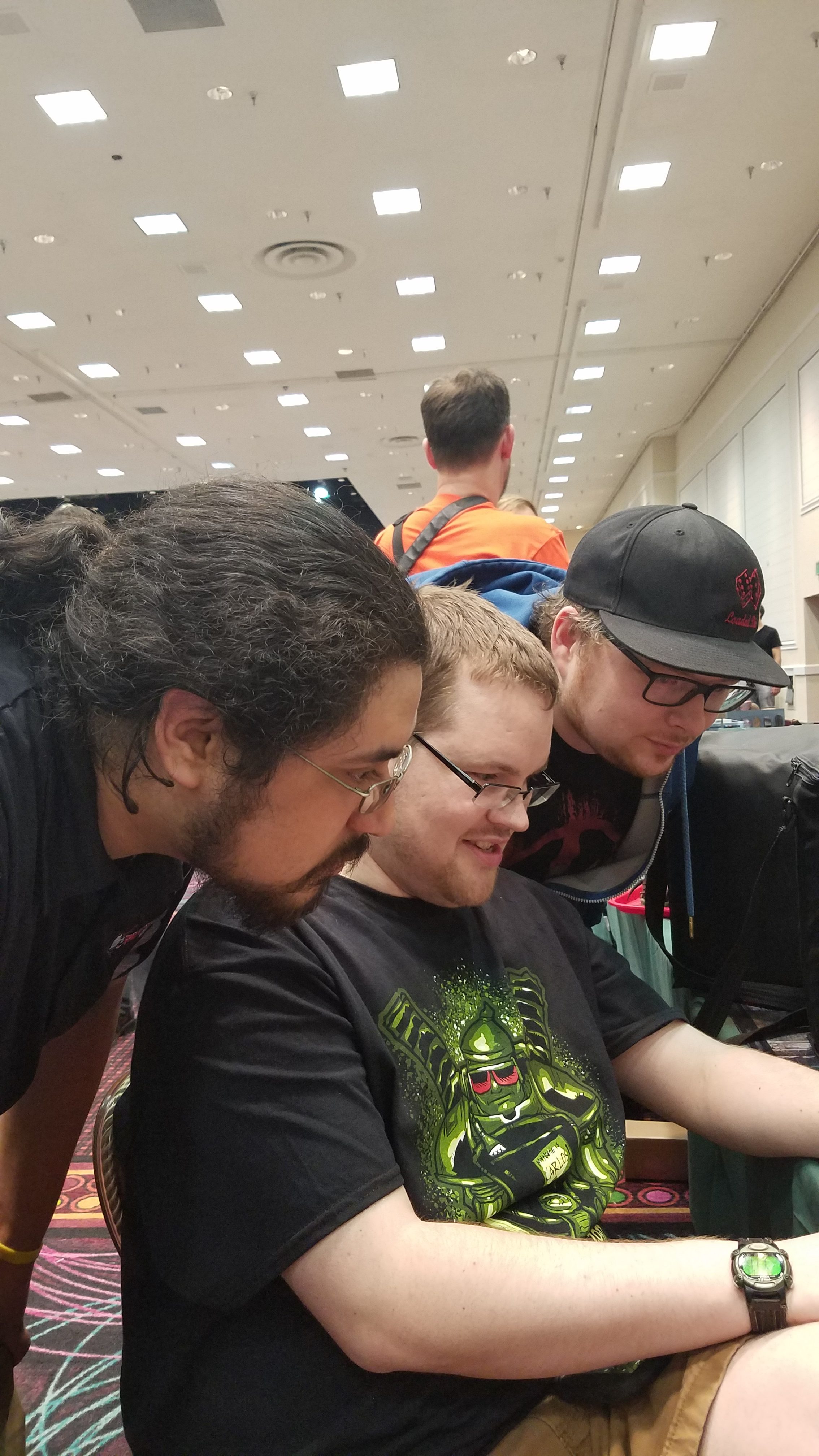 Matt Root showing us his calculations for the ITC champion race. Nerd. 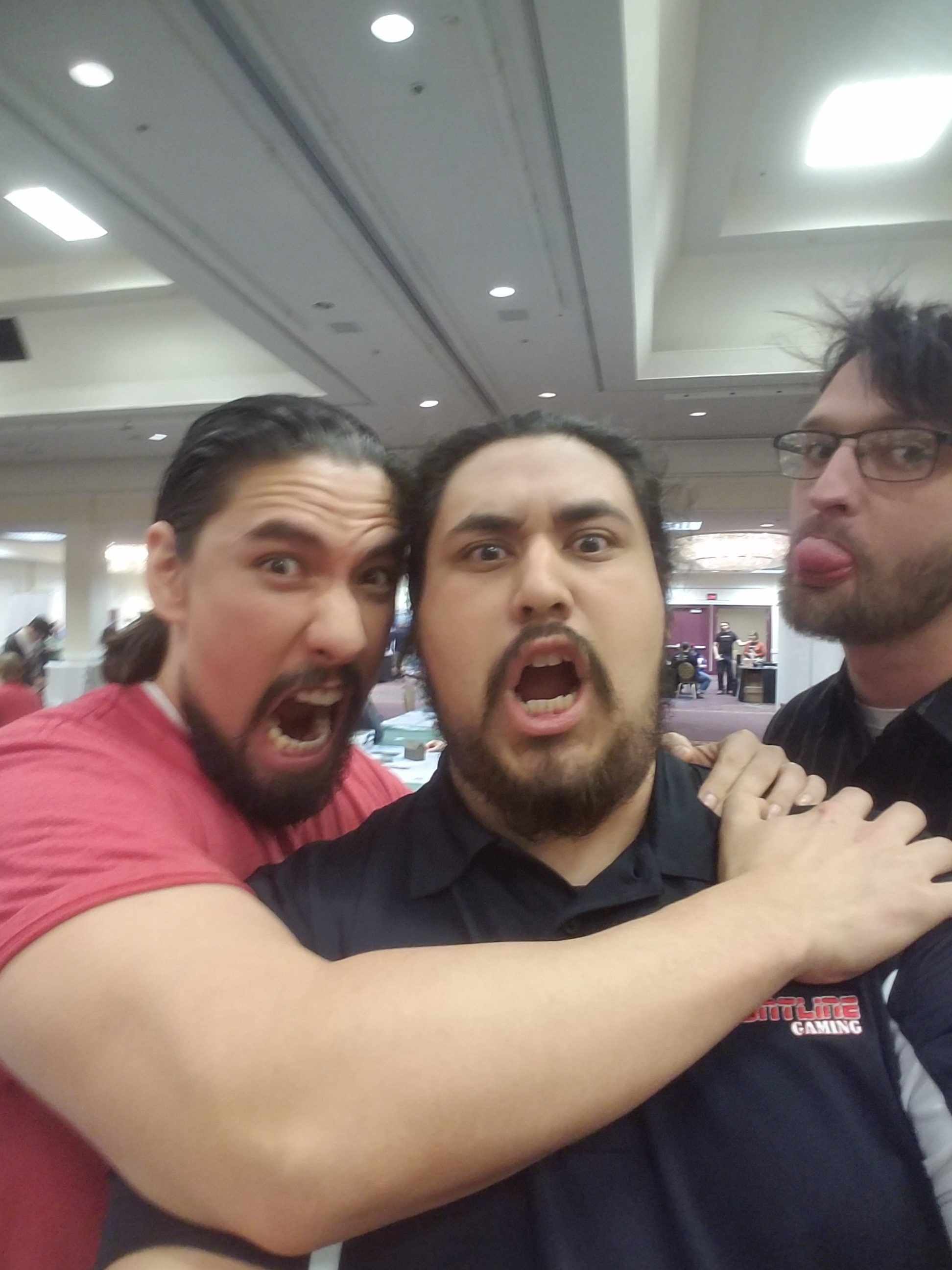 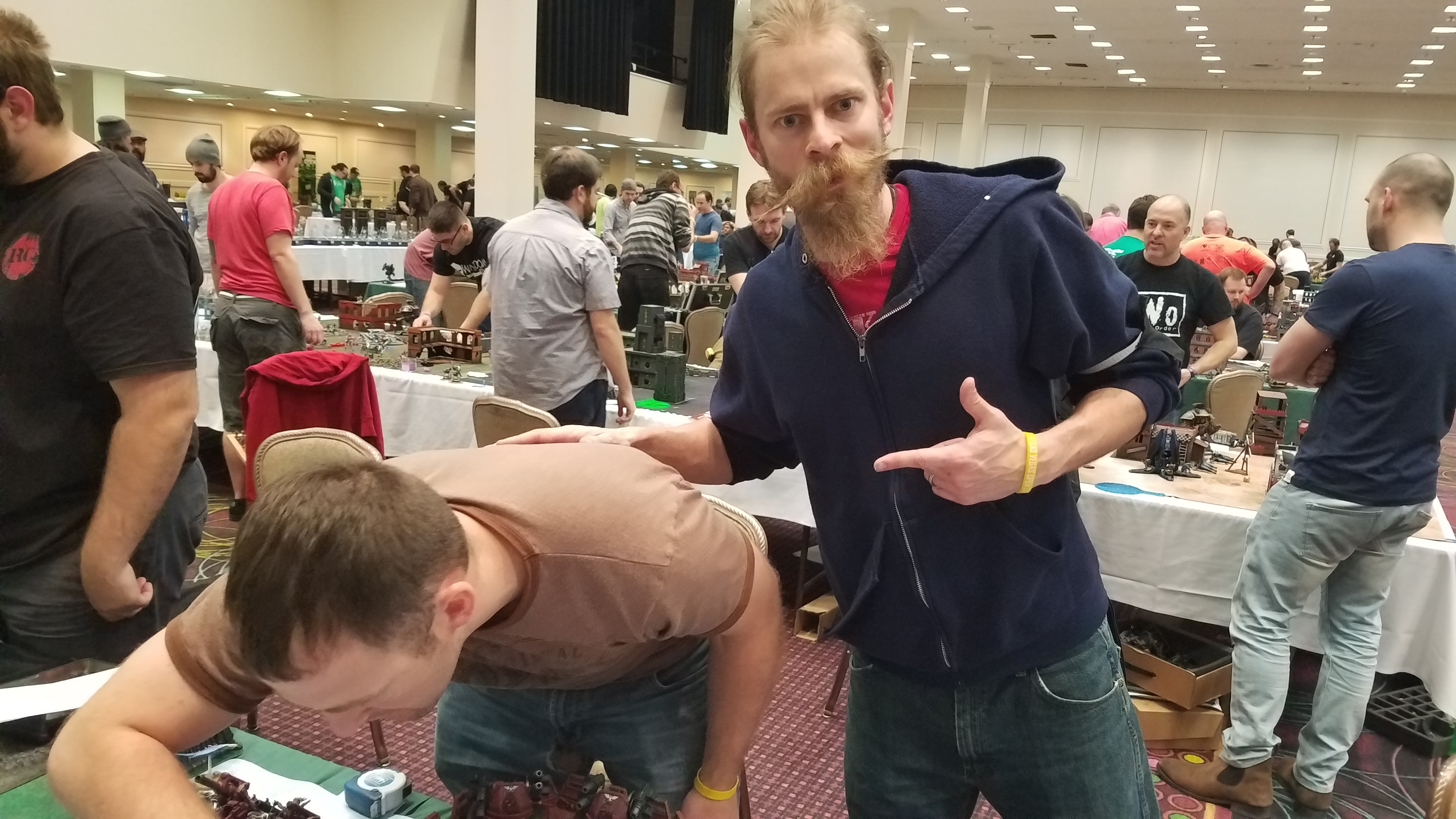