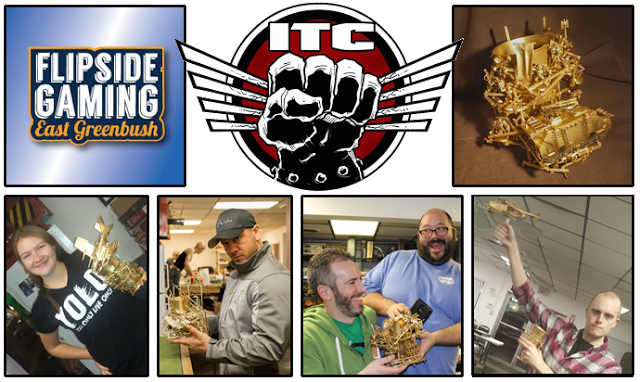 Although the Goldensprue Cup has been a staple of the Albany, NY region and fully invested in the ITC for several years now, this was our first outing as a GT. We had 36 players sit down to throw dice with us this January. Everyone had a blast including your humble T.O. We hope to grow even bigger next year.

This event was, as always, a winner-take-all using Battle Points as a tiebreaker. We allowed players to drop after day 1 to play in a 40k Friendly event on day 2 which folks really appreciated. We used the ITC list-building rules for the Goldensprue Cup as well as the ITC FAQ. Our missions are a bit different, though nothing totally alien. If you’re interested in seeing them, they’re available on the Goldensprue Cup GT website.

We’ve used the Best Coast Pairings app for the past couple of tournaments and I can’t recommend it more. It saves the Tournament Organizer a great deal of effort that they can otherwise be spending making sure everyone is having a good time. Thank goodness for the Best Coast Pairings app (and my wife, Wendy) because people kept buying me drinks and I was in NO shape to operate a spreadsheet on day 1!

With the new list upload feature, it’s super easy for players to take snaps of their lists and upload them to the app. It helps everyone to not only know about the army they’re about to play, but allows for peer review of lists in the event of a mistake. This feature also makes it easy for the Tournament Organizer to write articles like these after the event is over.

Since our event was sandwiched between the Codex-Specific FAQ finalization and the LVO, there were several rules questions which were hanging in the ether, especially those regarding how Reserves enter play and the order of operations for the arrival of Genestealer Cult units. Also, day 1 featured 3-hour rounds. This is a long time between rounds, especially with an hour for lunch. Fortunately food was available immediately and, of course, there was a bar on-premises. For day one, with experienced players facing inexperienced players, I find it’s important to make sure there is no stress put on the less experienced players to perform quickly and without error. On day two, we switched to a more standard 2.5-hour game length which is not a big deal on the top tables or in the 1500pt 40k Friendly which was occurring simultaneously.

I want to thank everyone who showed up from all over the Northeast. We had several folks from the Portal group in Connecticut, some folks from Massachusetts as far east as Boston, people from downstate New York, and a few from as far out West as Buffalo and Ontario. We hope to see you all again next time. Also thanks to our awesome local players from the Flipside Gaming 40k Club who braved some seriously tough competition in order to support the club and have a great time doing it.

The Melvin Roads American Legion was an excellent partner and a great venue. The bar was reasonably-priced and it was nice to have waitresses coming around the room taking orders for lunch. That really made the days move by smoothly! 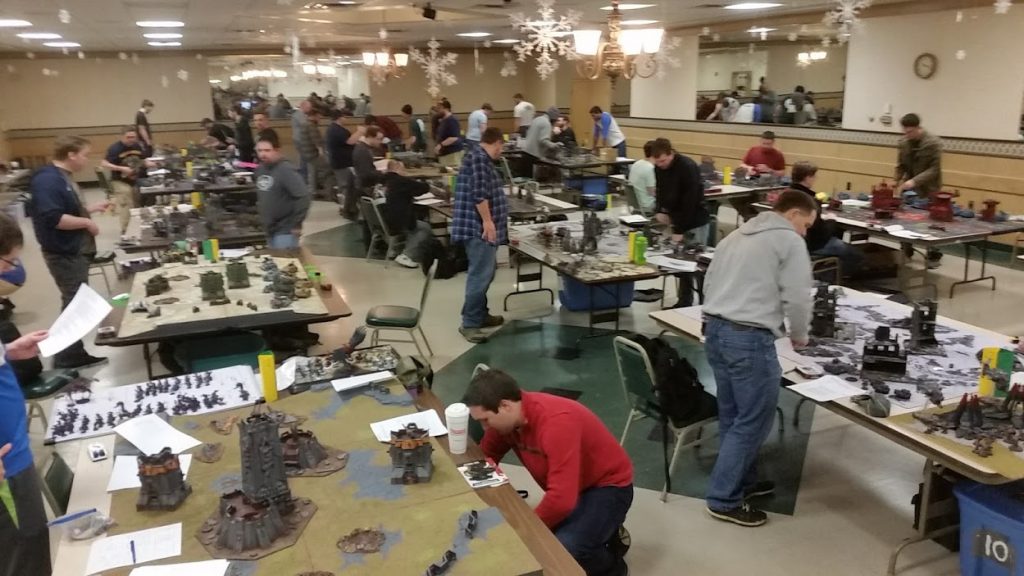 Your winners of the 2017 Goldensprue Cup GT were Nick Nanavati, Kurt Clauss, and Alexander Fennell. Check out the lists of the top 8 below. 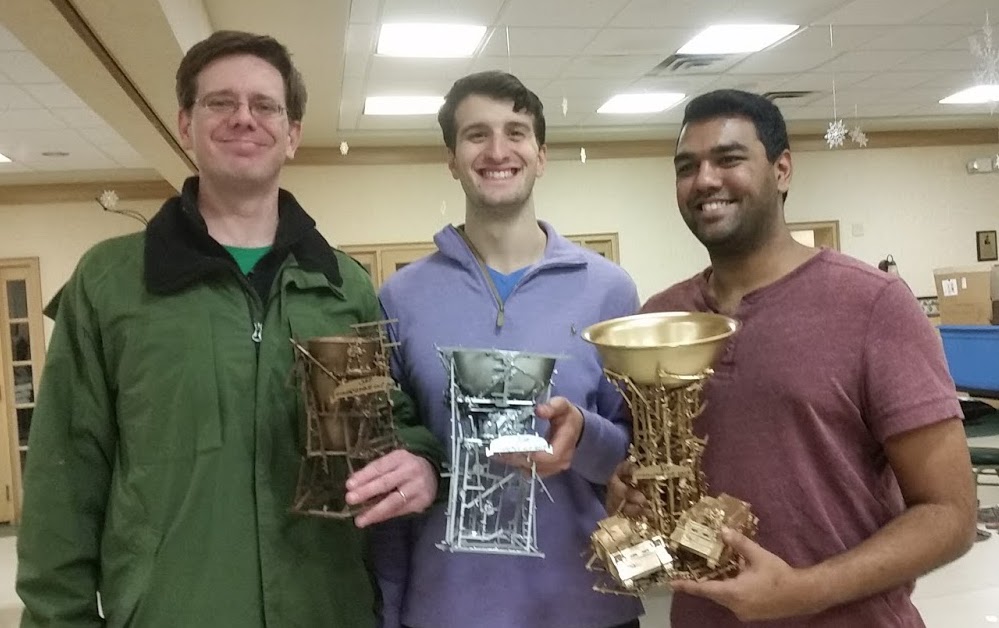 If I’m keeping it 100 (which I always am), my expertise is more on the organizational side of things. I hope that the players themselves will help shed light on the competitive and meta impact of their lists and the missions in the comments below. 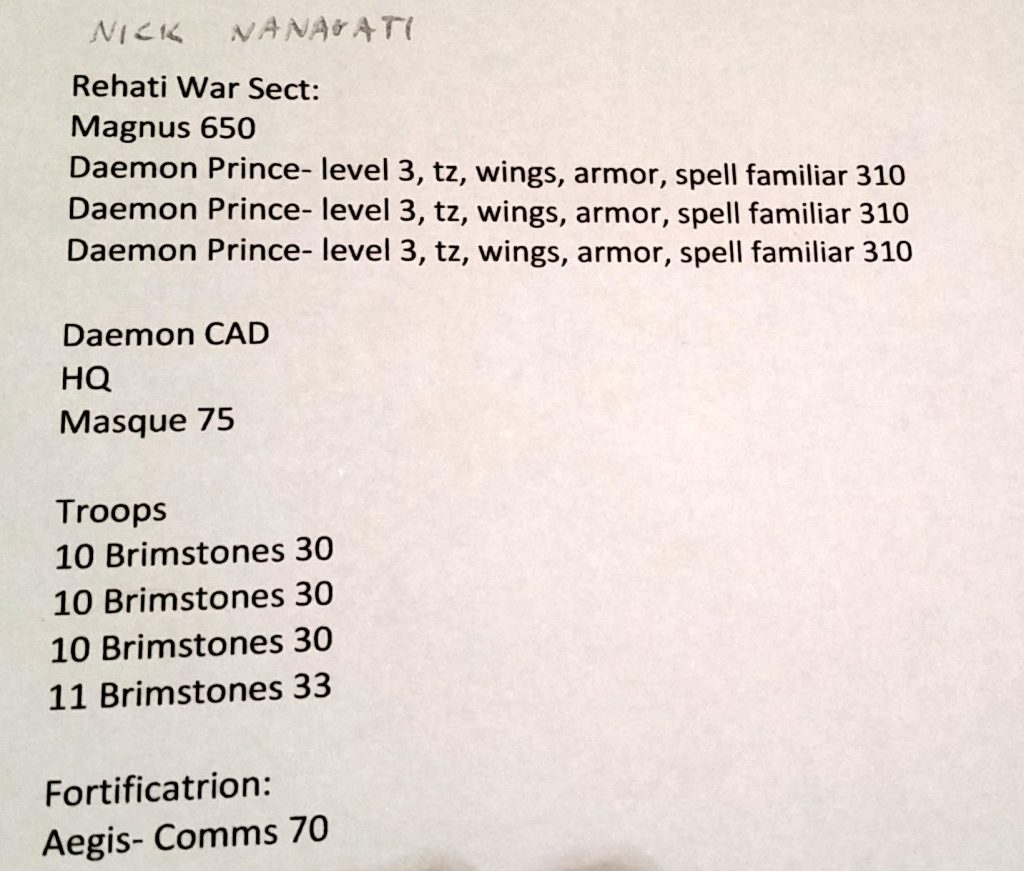 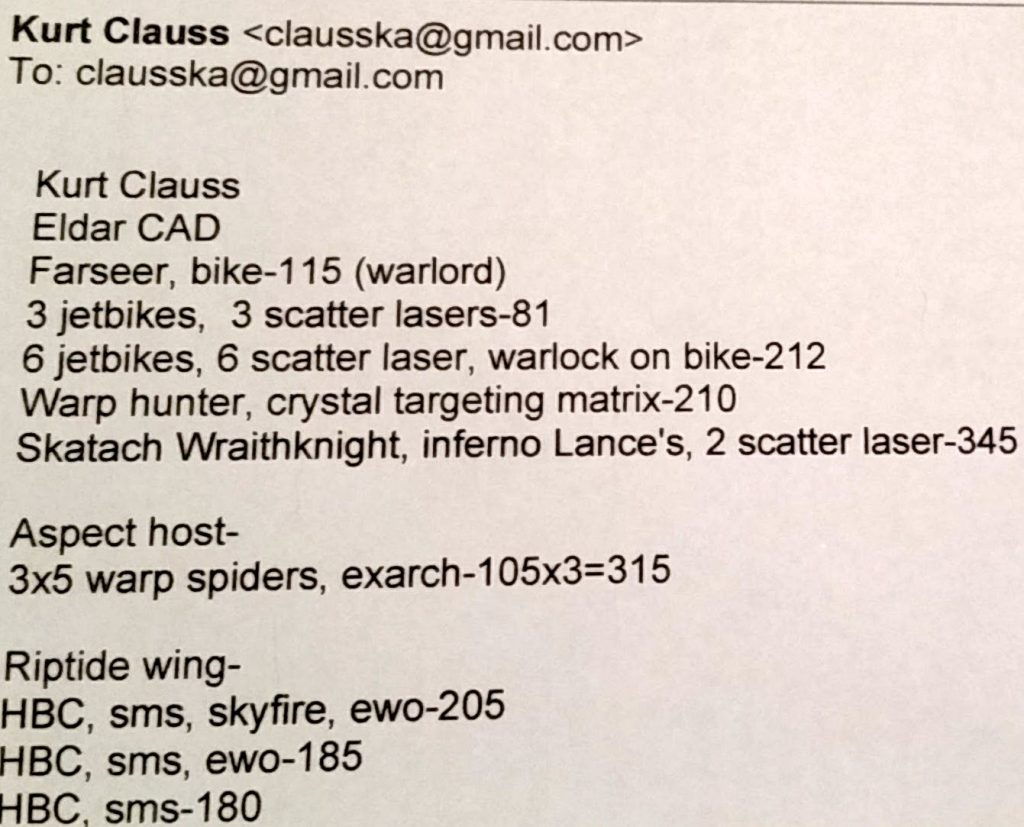 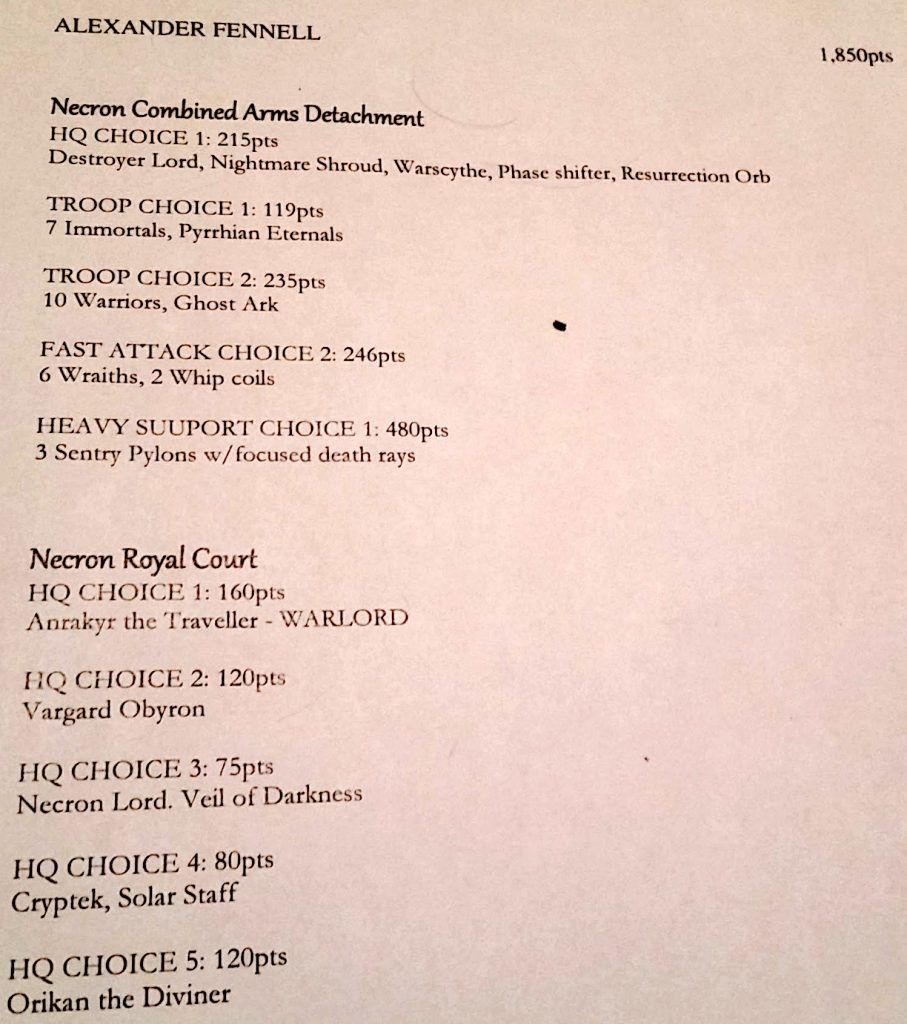 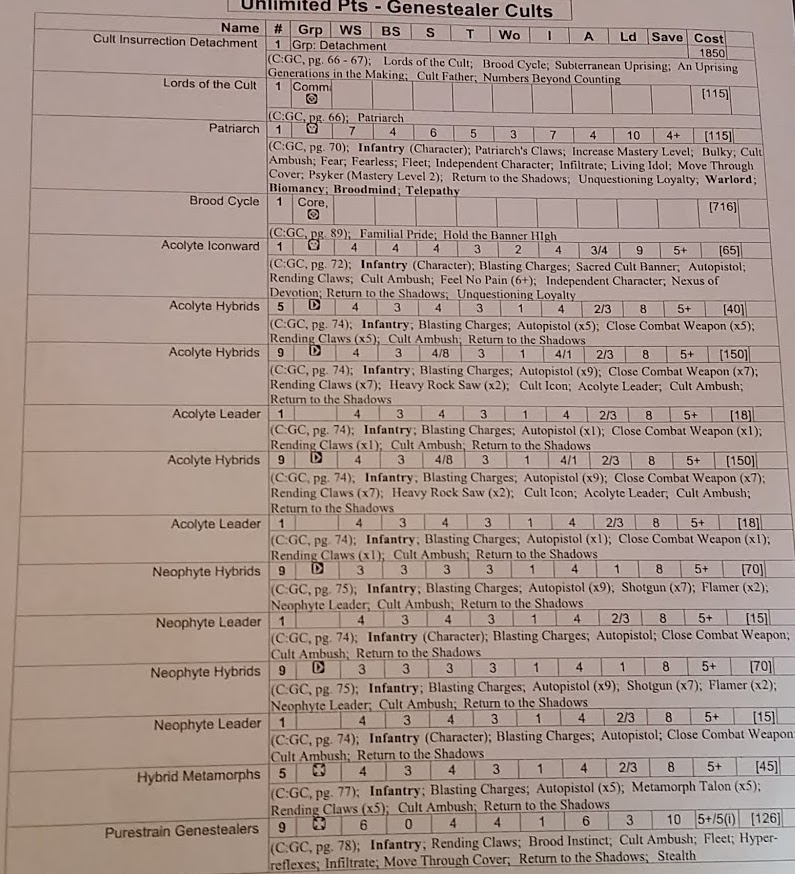 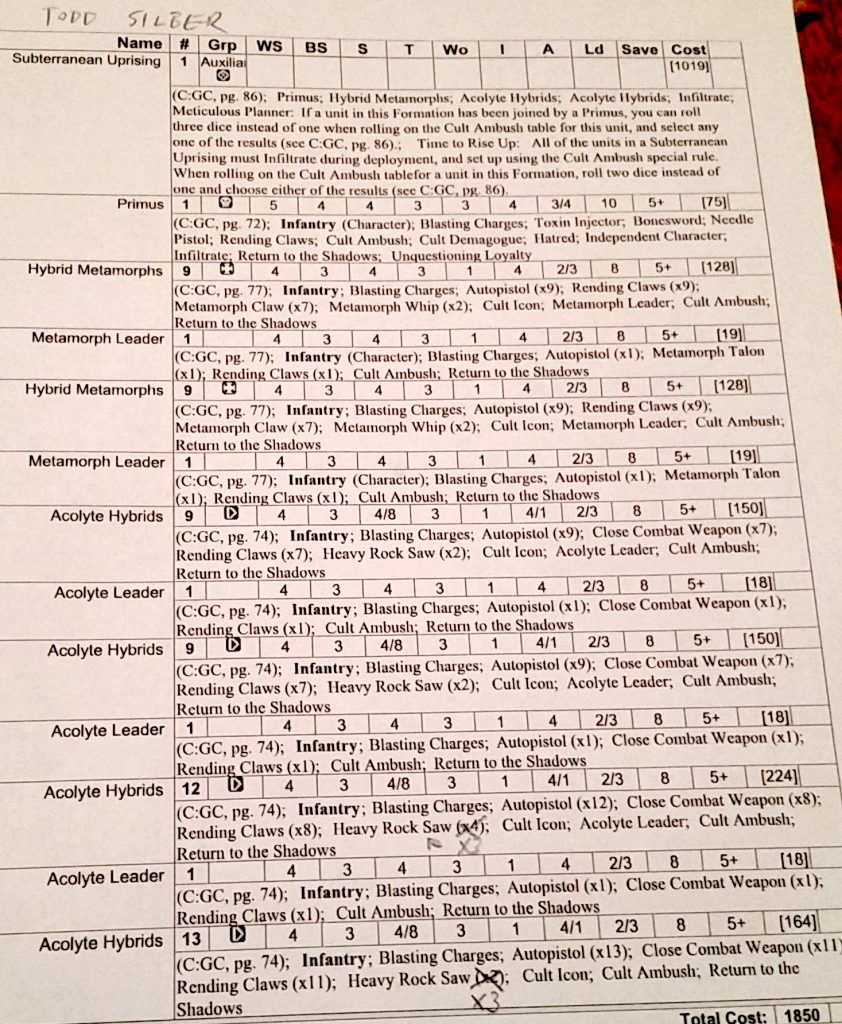 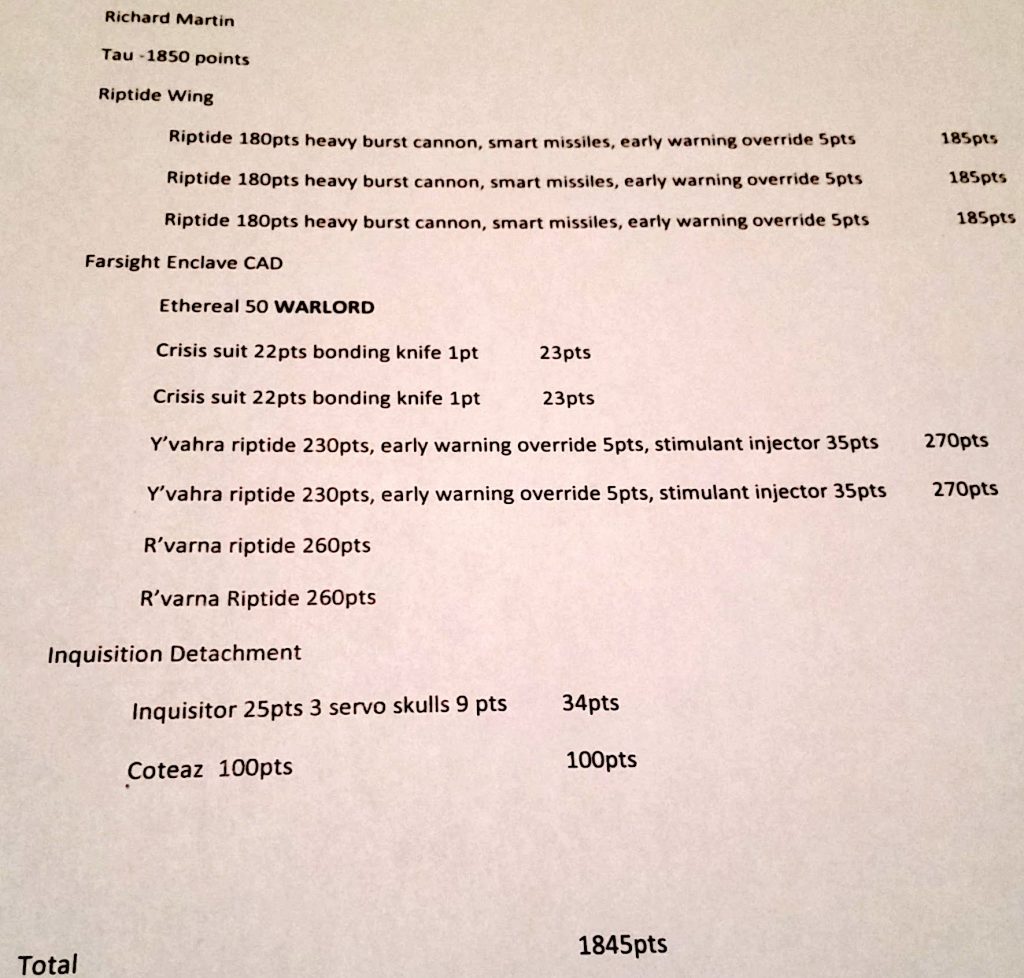 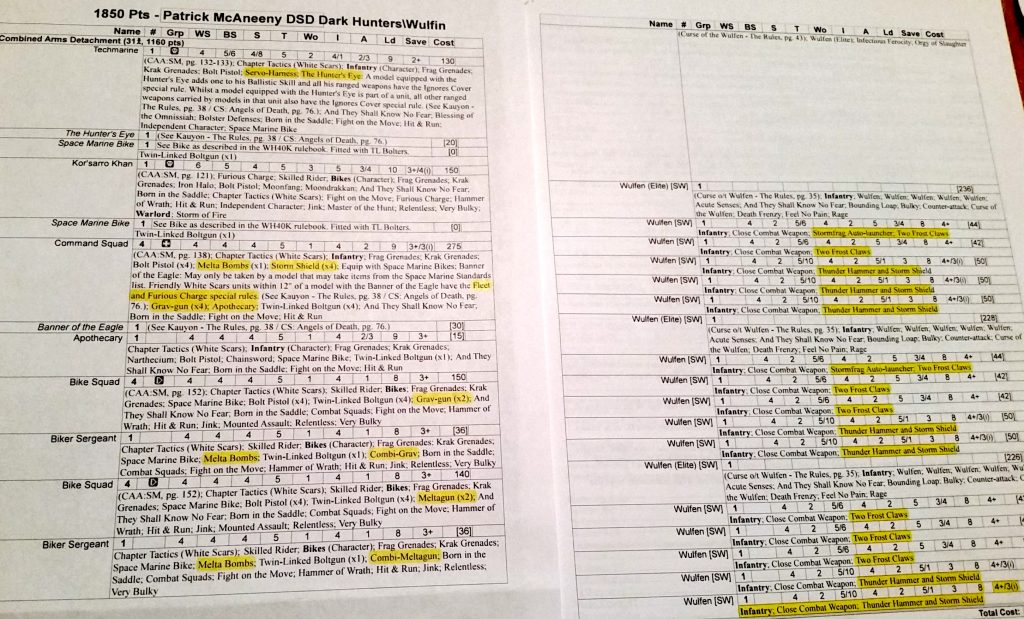 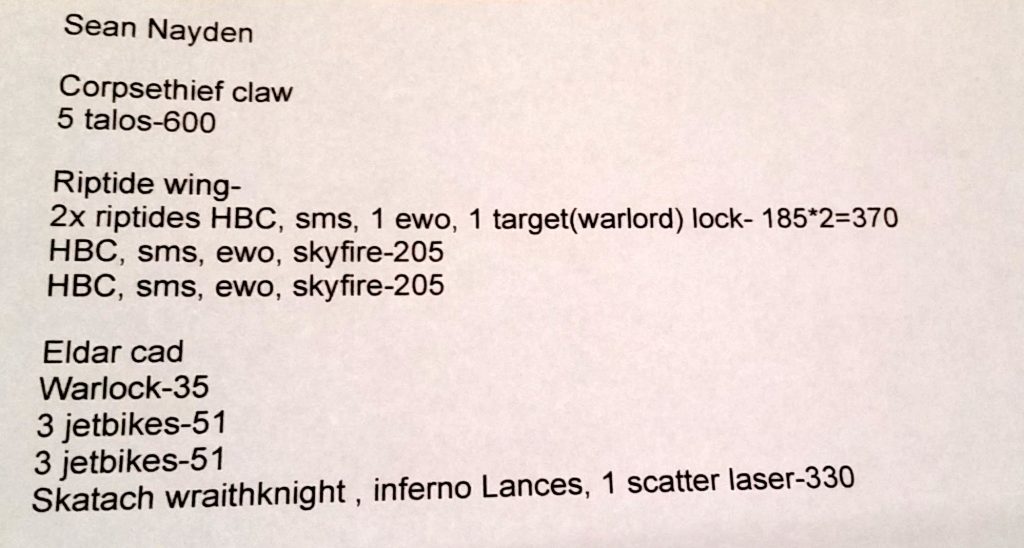 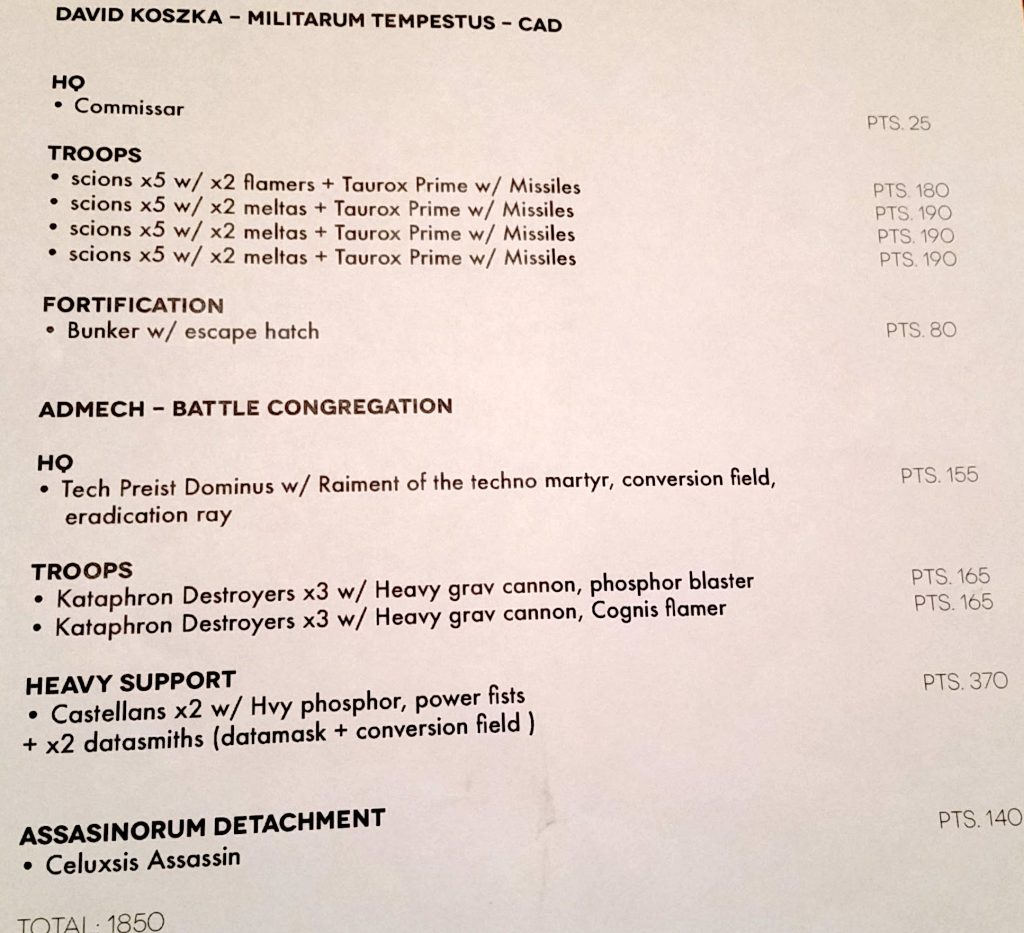 There were some gorgeous armies at this year’s event. Thanks to all of those who put effort into their armies in order to provide their opponents with the best possible experience. These are but a few examples of the excellence we saw at our event this year. 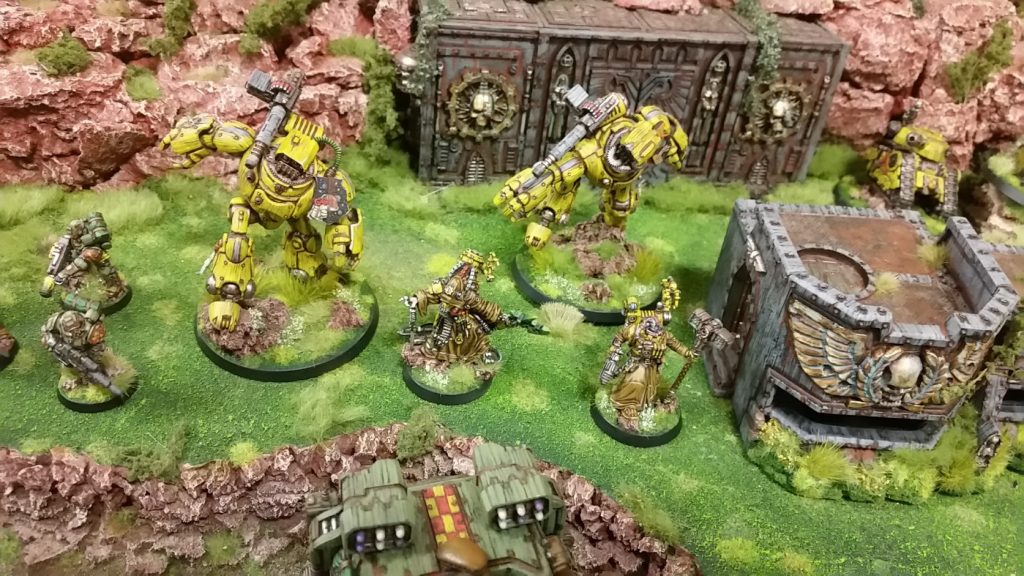 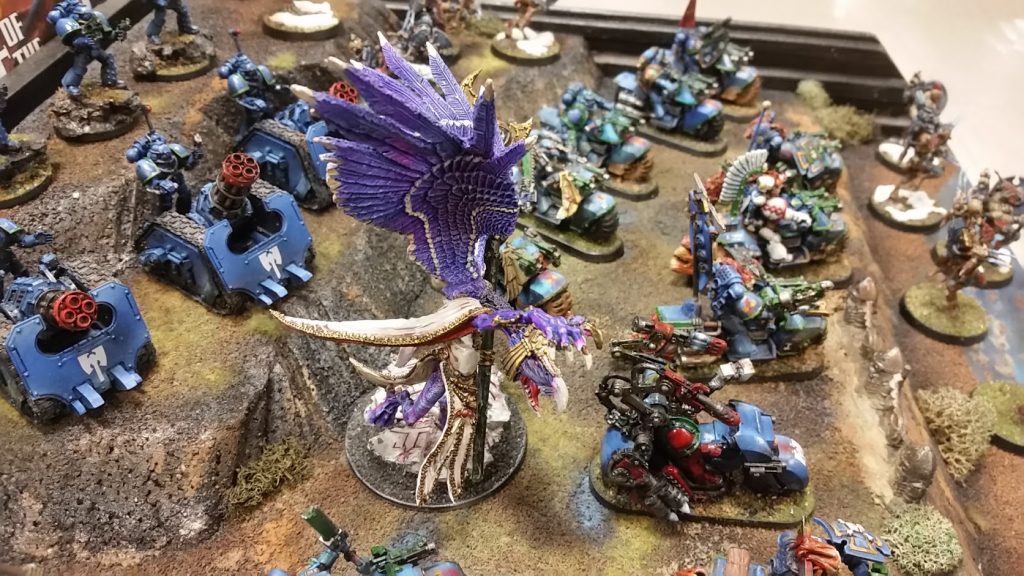 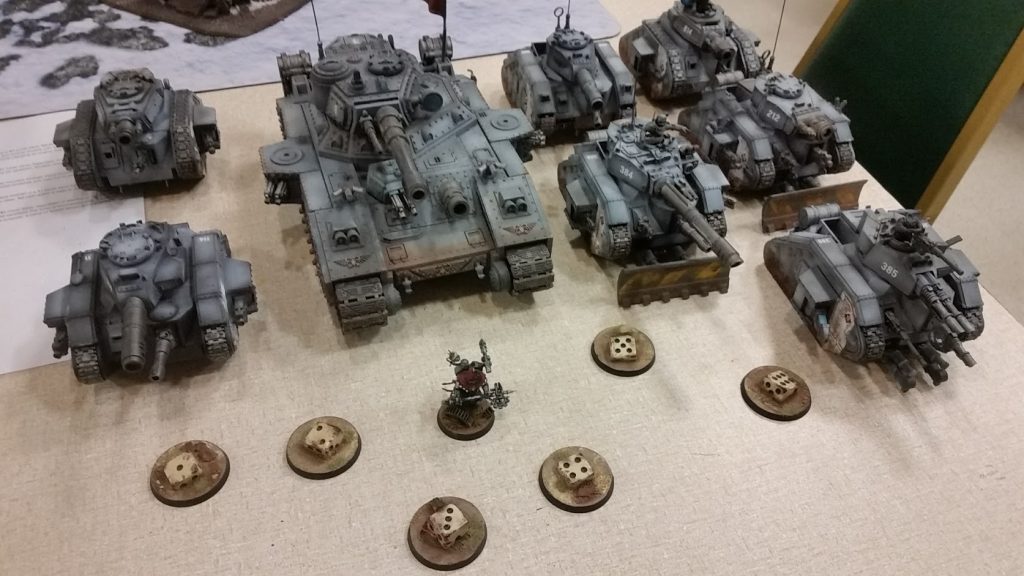 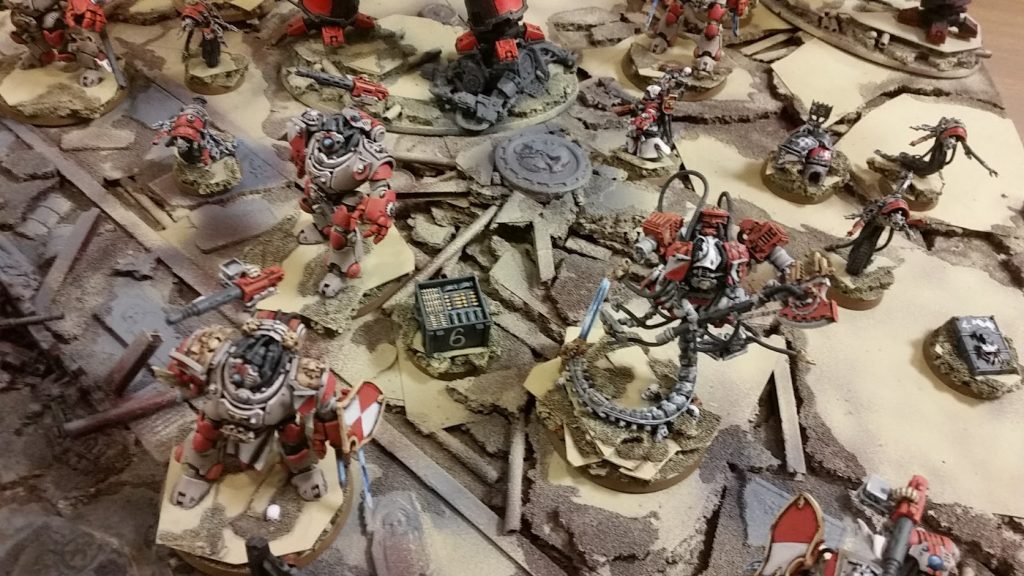 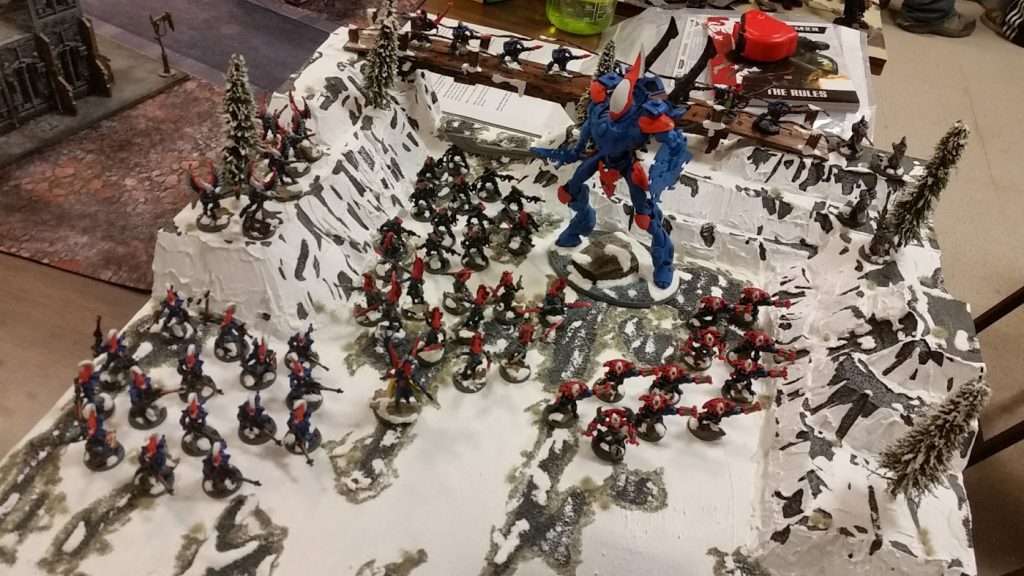 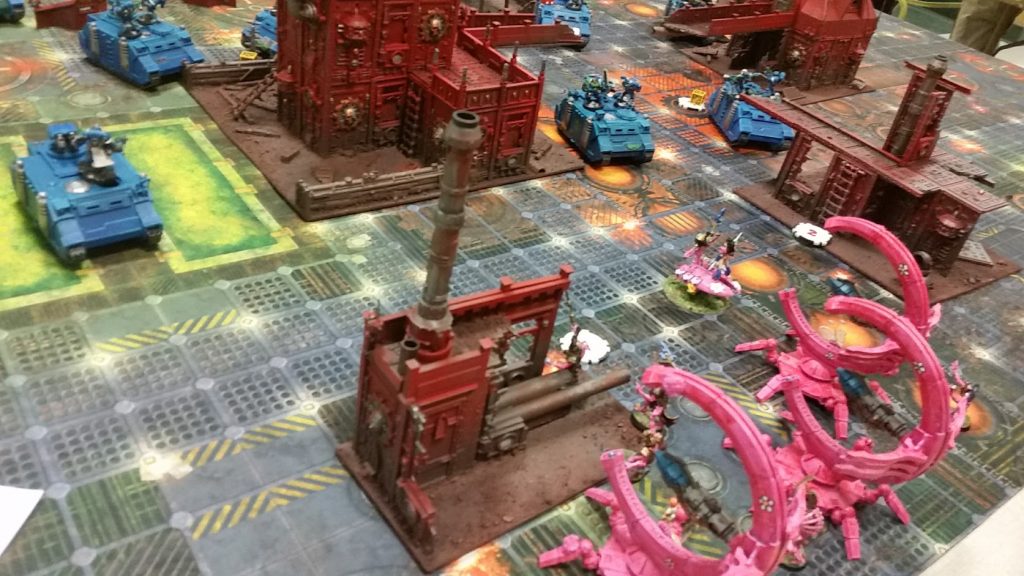 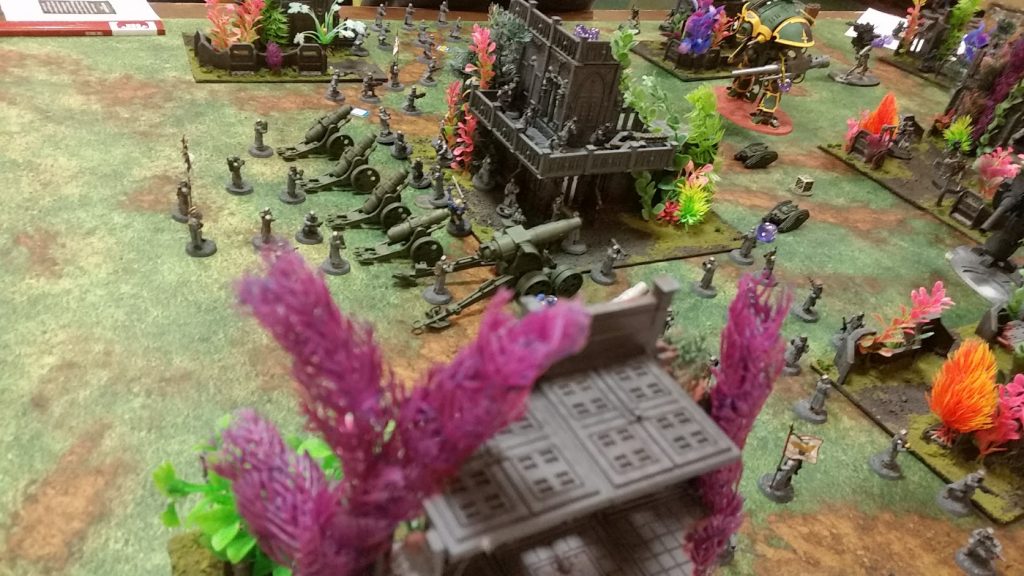 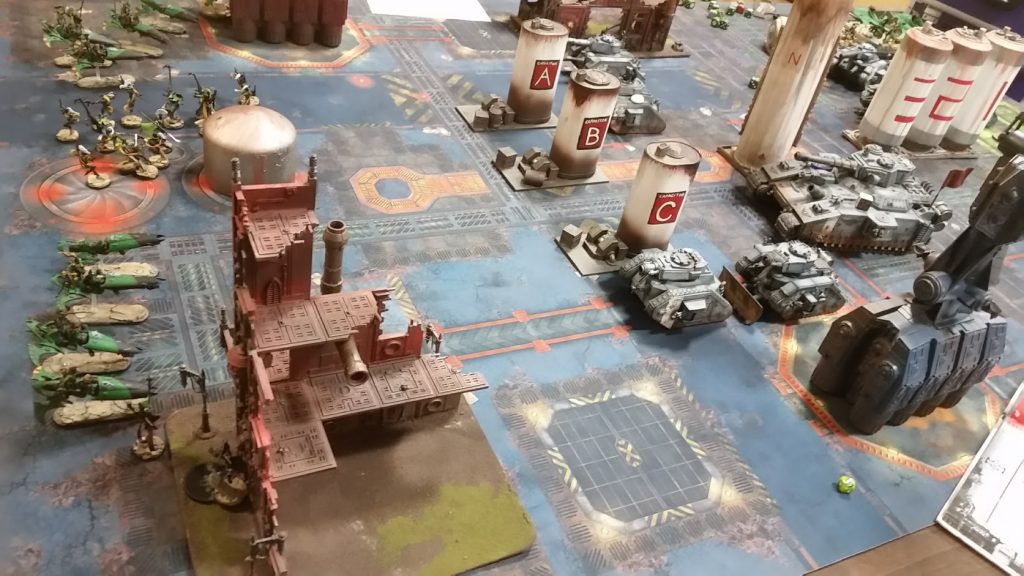 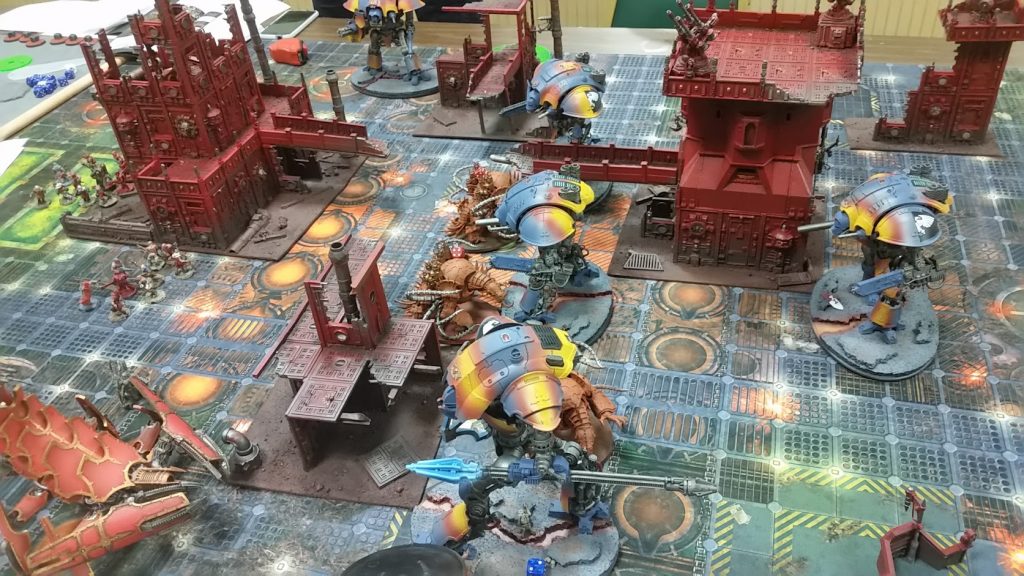 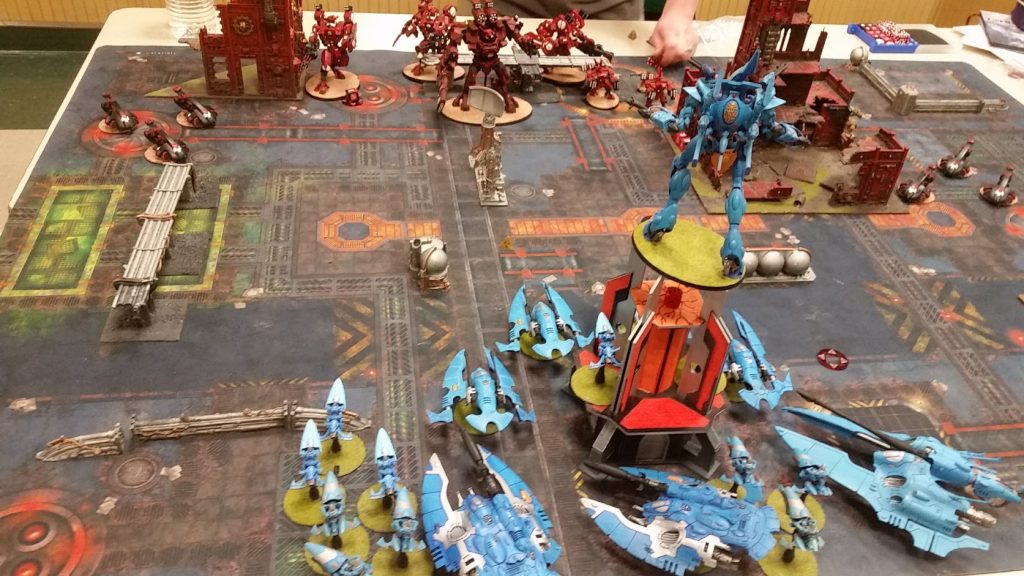 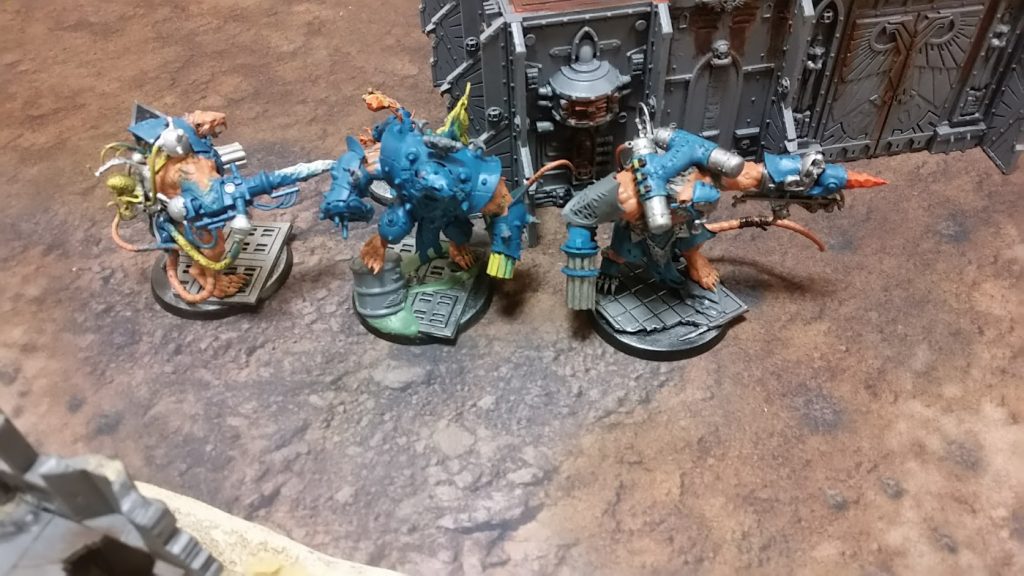 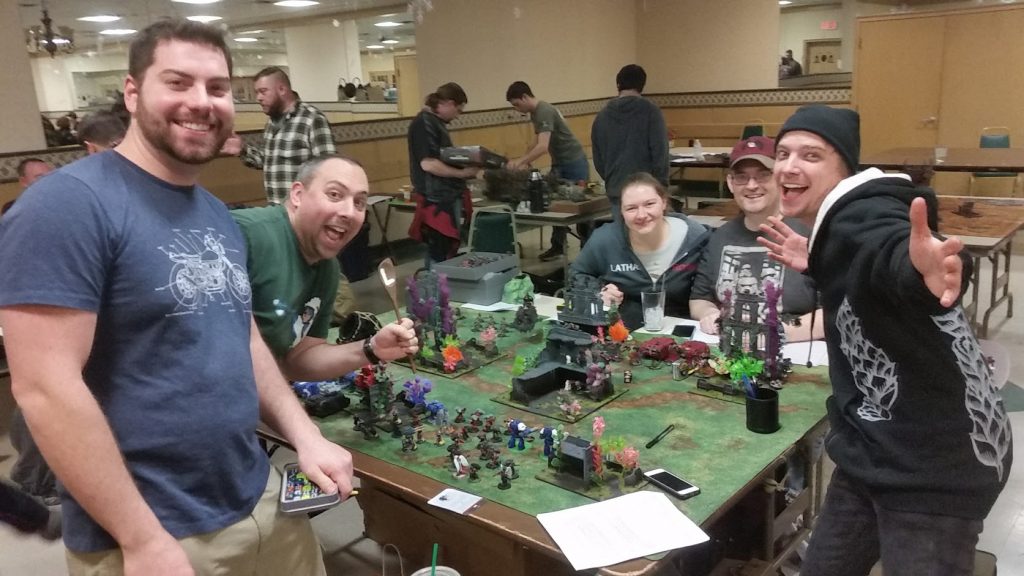 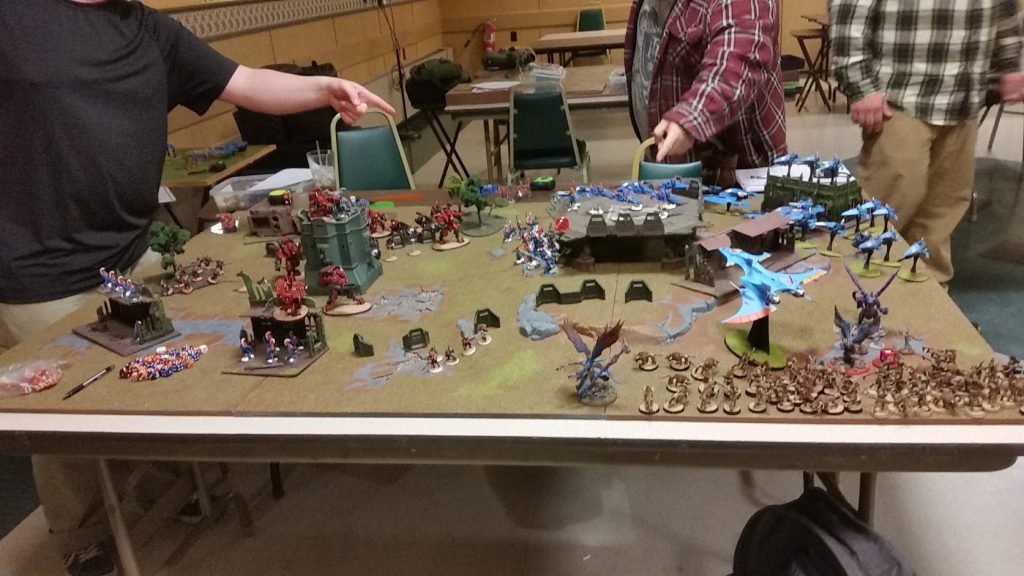 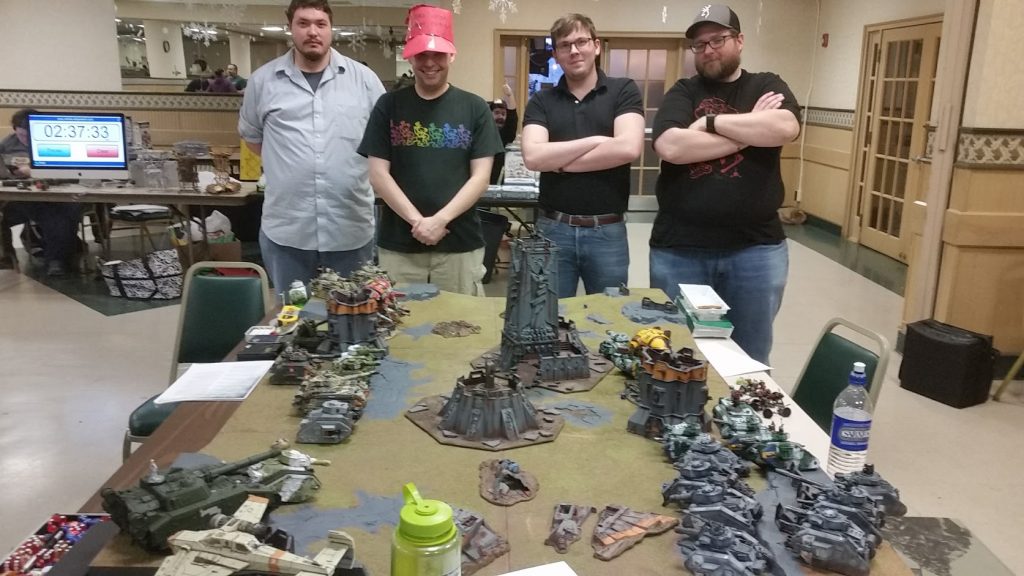 Let us know what you think or pose any questions you may have in the comments below.