A Beginner’s Guide to Cygnar

You are here: Home › Review › Warmachine › A Beginner’s Guide to Cygnar

Hey guys, Zealotic here with the second in my line of articles about the starting steps in Warmachine and Hordes. This week we will be doing a faction overview for those who are still unsure about what faction they want to start in! Check the Tactics Corner for more great articles!

Over these initial articles I’ll be talking about what could draw a new player into a faction initially, and explore some of the iconic pieces used by this faction on the tabletop.

These are the classic boys in blue. The quintessential ‘good guys’ of Warmachine. Though this has changed over the years in the fluff, on the battlefield this faction uses the most cutting edge technology, highly trained soldiers, and deepest pockets, to bring their enemies down. 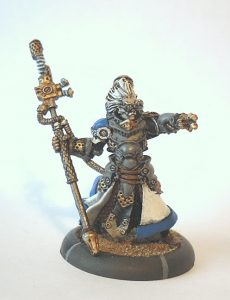 The faction has a preponderance of lightning element spells, weapons, and abilities. These abilities include lightning weapons which can chain to multiple targets, making Cygnar good at clearing large numbers of low quality infantry. The casters which exemplify this is Nemo, the Nikola Tesla of Warmachine, who amplifies the electrical abilities of his army, along with lighting some targets up himself! 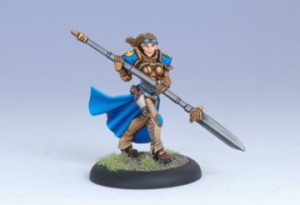 Along with this Cygnar has some of the best ‘control’ abilities in the game. From ‘Jacks with abilities which can take away the opponent’s ability to charge them, to moving the opponent’s models around, to abilities which twist time and space! Victoria Haley, in all her incarnations, has some of the best control in the game. She is a powerful telekinetic, and the premier chronomancer in the game. One control element to cherry pick is telekinesis, the ability to move targets around and change their facing, interfering with the ability to declare charge targets. 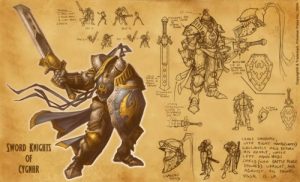 Now onto the bog-standard grunts of the faction! Though every Warmachine army has its Warcaster and steam powered hulking Warjacks to run your enemies over, you still need some boots on the ground to finish the job!

Cygnar Makes extensive use of ‘professional soldiers.’ They have rangers who can range-find for others, trenchers who get into the thick of things, storm blade and lance units which are have lightning powered weapons to electrocute their foes, all the way to sword knights, a venerable order of knights who use sword and shield in a war of grinding steel and apocalyptic magic.

Let’s look at a couple important examples of warrior units within the Cygnar roster! 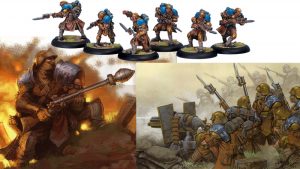 Enter stage left the the workhorses of the Cygnar army, the Trencher. These guys are the epitome of tough as nails, combat veterans. They use hastily constructed trenches to work their way forward on the battlefield while laying a wall of smoke grenades to confuse enemy fire. Once in range they can use a combination of rifles, grenades, and good old trench knives to bring home the bacon! 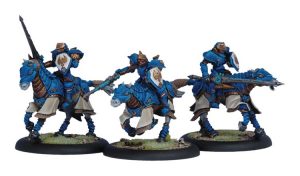 With this being a tournament veering blog, I would feel remiss to leave out the quinticential warrior model of cygnar, the Storm Lance!

It slices, it dices! It bounces lightning to kill infantry, solos, and even casters! It’s the Lightning ponies!

Stormlances are elite cavalry use lightning powered lances to deliver an accurate, and powerful strike to a primary target. Once that primary strike lands home, each storm lance can bounce d3 low pow hits to other models within 4 in.

This unit is widely considered to be the ‘best’ unit in Cygnar. With proper support from the your warcaster, and appropriate use of support solos, this unit can shine far beyond its point cost, since your opponent’s support staff in the back behind their large, easy to hit warjacks, will now be swiss cheese, sometimes neutering their list. 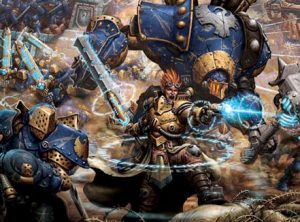 In summation, Cygnar is a faction which can do a little of everything. They’ve got sorcerer snipers, time controlling mages, some of the best ranged game in Warmachine or Hordes. They are a solid faction, and if you like painting blue, can definitely be the faction for you!

That’s it for this week, I’ll be back next week with the faction overview of Protectorate of Menoth!
And as always, Frontline Gaming sells Games Workshop product at up to 25% off of retail, every day!

Posted on January 13, 2017 by BigVik in Review, Warmachine

← Signals from the Frontline #499: LVO 40k Format is Locked Down!
Recent Commission Completed by our Studio! →