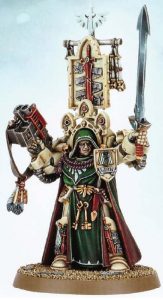 Hi everyone, Michael here with a review of the Grand Master of the Deathwing, Belial. For more reviews, analyses and battle reports, check out the Tactics Corner.

Belial is a Space Marine Captain in Terminator Armour, with a pretty good Power Sword Relic and some nice special rules to help him in combat and with deployment. However, at just shy of 200 points, he is pretty damn expensive for what he brings to the table. Belial is a decent choice in a fluffy army featuring a number of Deathwing units, but you generally won’t really find him anywhere near a competitive list. 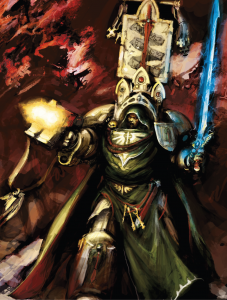 Belial has a Space Marine Captain’s stats, but gains an extra attack. He comes with Terminator armour and a 4+ invulnerable save with 3 wounds, so will be pretty durable against a range of attacks. However, at T4 he is still vulnerable to S8 attacks instant death-ing him and will fall quite quickly to grav or AP2 weaponry.

Belial is no slouch in combat. He gets 5 attacks on the charge that will generally be hitting on 3’s and wounds on a 2+ with AP3 using the Sword of Silence. The Master-crafting on the sword is nice, helping to boost his damage potential slightly. You generally want Belial to be in combat and in a challenge with an MEQ Sergeant level character. In this situation, he gets re-rolls on all his To Hit rolls, ensuring that he will generally hit and wound with all his 4 base attacks, with little chance of the Sergeant causing him serious concern in combat. Against dedicated combat characters, Belial may struggle to do much damage, especially if they have a decent invulnerable save or a 2+ save. If only the Sword of Secrets was AP2, Belial could be a serious threat in combat to almost any unit in the game. 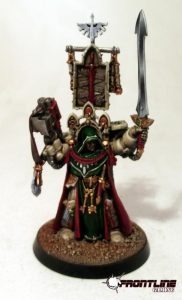 He can also be given a pair of Lightning Claws or a Thunder Hammer and Storm Shield for free. The Thunder Hammer and Storm Shield is by far the more popular variant, giving me a bit more punch in combat and some added protection. I tend to prefer keeping him with the Sword of Secrets for going to town on Marine squads at initiative 5 before they have a chance to strike.

Deathwing is a good special rule, allowing him to make any squad he joins Fearless. This makes him good for joining a shooting infantry unit and stop them from running away or for tanking wounds against them, but less useful for joining Terminator Squads, as all Deathwing Terminators are Fearless anyway. 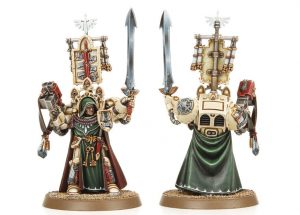 His Warlord Trait, the Hunt, is a joke. Getting Precision Shots and Ignores Cover on a Storm Bolter is pretty useless. However, it does transfer to any weapon he fires, so you could be really nasty and put him on a Plasma Obliterator or firing an emplacement weapon to grant it Ignores Cover for a filthy combination. If the rule transferred to his unit, this could lead to some very useful combinations, but unfortunately, it does not.

One bonus of Belial is the Tactical Precision special rule. This allows Belial and his unit to Deep Strike without scatter, meaning you can place his unit in the optimal position for maximum effect. This applies to any unit he joins, so could lead to some nice combinations when used with other Armies of the Imperium. For example, he could work well with a unit of Deathwatch Veterans armed with Frag Cannons (in the Black Spear Strike Force), allowing them to Deep Strike without scatter and obliterate a target. Given the widespread access of Teleport Homers in the Dark Angels army, this is a pretty expensive model to take for just this ability. 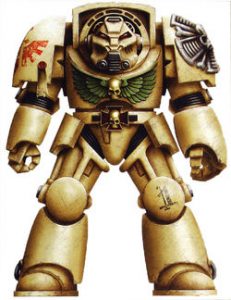 Belial probably works best in a unit of Deathwing Terminators armed for combat or a unit of Deathwing Knights. There his combat abilities will really shine and the unit can go after some serious threats to your army. This is, if they can make it in to combat alive.

Overall, Belial is a decent Captain equivalent to lead a Dark Angels army. He has a number of special rules and wargear to boost his deployment options and damage output in combat, but does pay a high price for these abilities. I don’t really see a use for him outside of fluffy or themed army lists, certainly not in competitive lists.

When he deep strikes does he teleport homer work immediately or not until next turn?

Greg V
Reply to  Nate B

Next turn. It’s a normal, run of the mill teleport homer.

It will not work until the following turn. The Teleport Homer has to be on the board at the start of the turn to have effect.

Anytime I see Fleshbane with AP3 or better, I start looking at the possibilities as a WraithKnight hunter, but as with the DeathWing Knights, there’s just no good way to get him there.

Yeah, mobility is a big issue with any Terminator unit. Unless you shell out for a Land Raider transport, you are going to be struggling a lot of the time to catch what you want to kill.