Jay W. brings us part two of his terrain series: The WAAAAGH! Strikes Back.

Last time we covered the creative aspects of making a custom table, this time we are going to dig into some of the technical aspects of good terrain.

In the larger sense of things, what makes a good table often varies from one edition of the game to another. In the seventh edition rule set there tends to be a bias towards shooting, and the game has embraced true line of sight. This has resulted in a demand for line of sight blocking terrain.

There are many good theories about how to best distribute terrain to provide a balanced and fair game. Most suggest there be some large LoS blocking pieces in the middle, and an equal distribution of medium sized pieces across the table, followed by some small bases that act as difficult terrain and light cover.

In competitive games keeping terrain balance can be very important to creating a fair and equal playing field. For the Waaagh!! table we wanted to keep these factors in mind, but ultimately the goal was to create a unique table that told a story.

Instead of two large LoS blockers, we chose to create a single massive model for the centre of the table. Taking inspiration from Battlefleet Gothic, we tried to imagine a smaller ork ship that had been damaged in orbit and forced to make a crash landing on the planet surface. 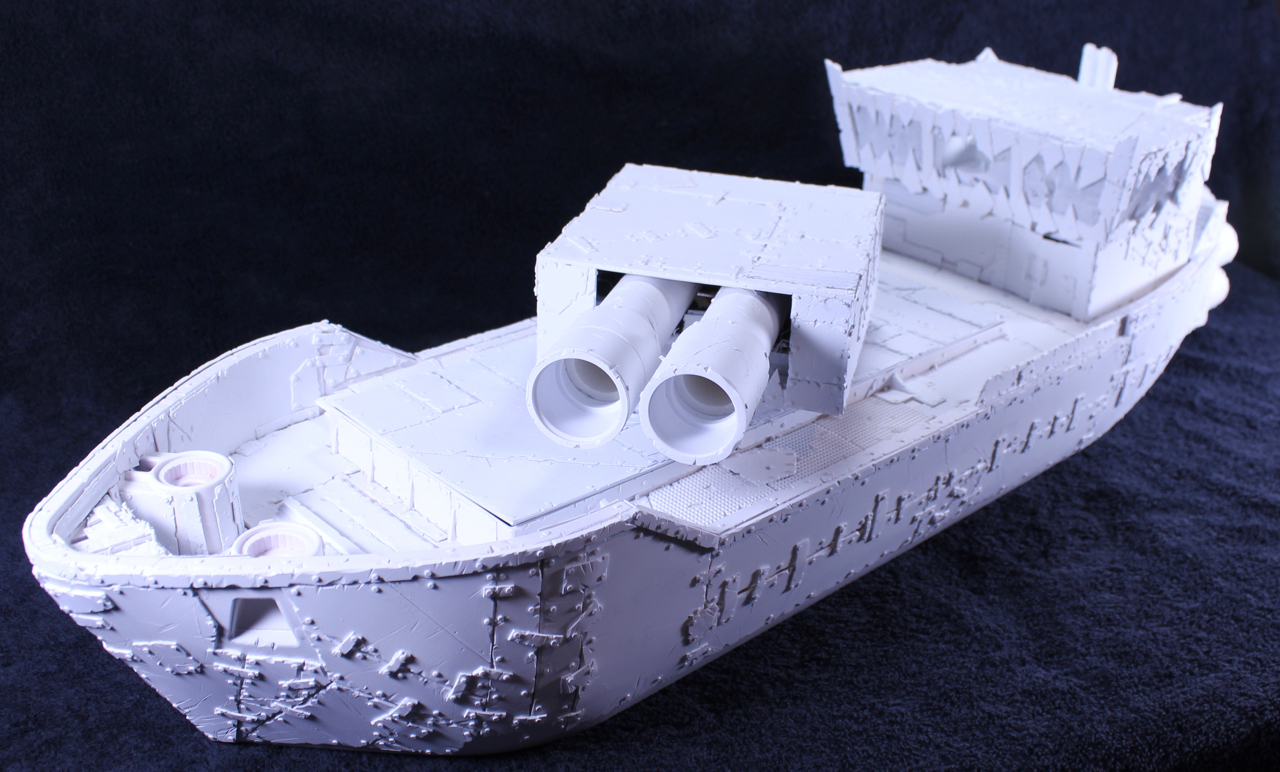 Caption: If I had a nickel for every rivet…

Here you can see the initial model pre paint. In order to create the crashed look, we will be making a special base that creates the illusion of it plowing into the surface bow first.

This brings us to the next consideration. Not only do we need to be aware of the strategic value of the terrain we make, but we need to pay attention to playability. By playability I mean how easy it is to move your models in and around the terrain.

We have all played on terrain that is uneven, out of balance, or generally difficult to put models in. Often terrain that looks great is also very difficult to play on. This is where manufactured terrain like those offered by Frontline Gaming really shine. They are specifically designed for playability, something any experienced gamer can appreciate.

With this in mind, we tried to take the middle path when creating the Waaagh!! table. Our goal was to make a one off, story driven table, that looked great, was strategically balanced, and relatively easy to play on. 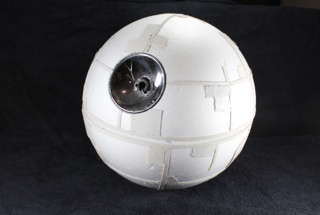 We also completed a couple more static pieces, just to be sure that there is enough LoS blocking terrain. Both of these are simple rock formations, but to make one a little more interesting we imagined that an imperial force had dug in, and bunkered down. 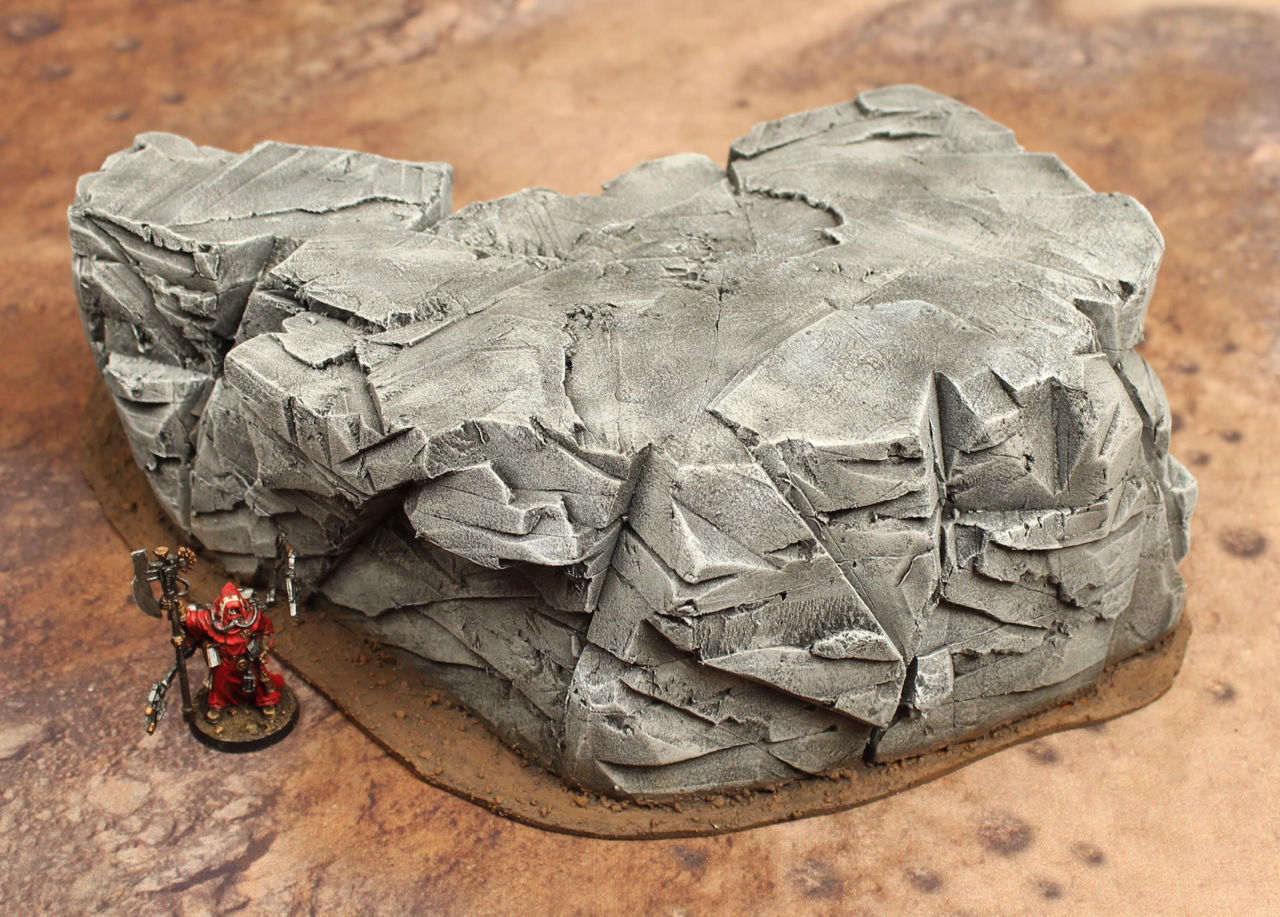 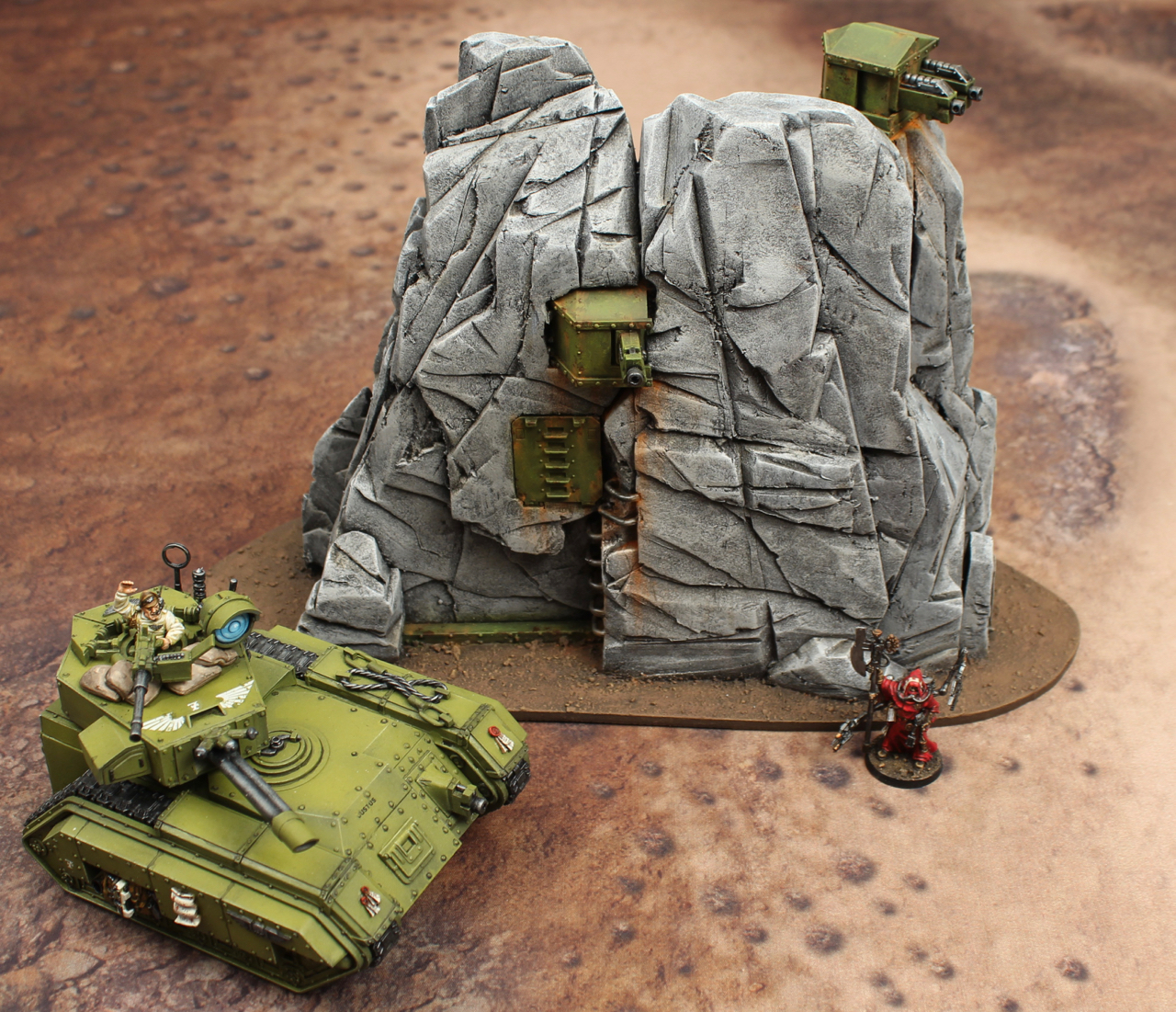 Check out part three of this four part series where we talk about adding some dynamic features.