Hi everyone, Michael here with a review of another Dark Angels formation, the Ravenwing Attack Squadron. For more reviews, analyses and battle reports, check out the Tactics Corner.

The Ravenwing Attack Squadron is a formation that uses a Ravenwing Landspeeder to boost the shooting abilities of a Ravenwing Bike squad or Ravenwing Attack Bike squad. In additon, it provides a nice bonus for the deployment of Deathwing units, giving them a bonus to the range of the Teleport Homer. The bonuses provide a real boost for two units that are very useful in the Dark Angels army and is a worthy inclusion in any such force.

The formation consists of:

As stated above, the Ravenwing Attack Squadron is a solid choice for any Dark Angels army. The Ravenwing Bike Squad is a solid unit, and a Landspeeder can have a variety of uses in an army.

My preferred build for the formation is a unit of Ravenwing Bikers and a Ravenwing Land Speeder (I don’t rate the Land Speeder Vengeance much, especially not in this formation). How you equip the units depends on what role you have for them in the army, but you always want to be taking two special weapons in the Bike Squad. 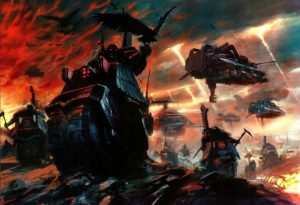 Taking two weapons on the Land Speeder is a good choice, but one weapon is fine if it has multiple shots. You really want to be scoring at least one hit with the Land Speeder in order to get the bonus for the Bike Squad/Attack Bike Squad. As we all know, counting on getting that hit with your single Multi-melta shot is a big risk.

The Ravenwing Attack Squadron makes an excellent tank hunting unit. Equip the Land Speeder with two Multi-meltas (or a Multi-melta and Typhoon Missile Launcher) and put a couple of Meltaguns in the Ravenwing Bike squad. You can even take an Attack Bike with a Multi-melta in the Bike squad for maximum firepower. The formation grants the Land Speeder Scout, allowing it to keep up with the Ravenwing Bike Squad. Using this, you can essentially move 24″ in your first turn, most likely getting you in melta range with the Land Speeder and maybe even the Meltaguns in the Bike Squad too. Alternatively, you could go for a Landspeeder and a unit of Attack Bikes with Multi-meltas. This is a potent formation for popping any tough enemy vehicles such as Land Raiders, Monoliths or Imperial Knights, and can be very useful for popping Void Shields. That number of Melta shots may be overkill, but should help ensure the death of any unit you fire them at. 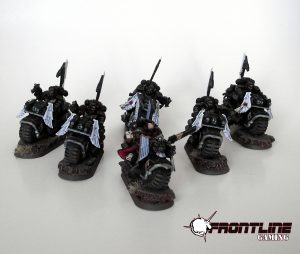 You can even keep the squads in reserve to Outflank and get at the side or rear armour of enemy vehicles. The only downside of this is that there is no rule ensuring that the two units in the formation arrive at the same time or on the same board edge, so you could be stuck with them separated across the board. 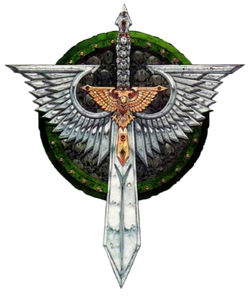 The formation will also make a mess of any units of light infantry the enemy army may have. Twin-linked Bolters hitting on a 2+ practically guarantees that all shots fired at an enemy unit will hit (unless your rolling is like mine!). 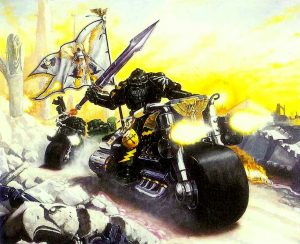 The formation also provides some great bonuses for deploying Deathwing units from deep strike reserve. Being able to deploy within 12″ of any unit in the formation without scatter is a big bonus, doubling the threat range of the Deathwing units. Given the speed of a Land Speeder from moving and turbo-boosting, this allows you to bring on a unit of Deathwing Terminators almost anywhere on the board the following turn. The Ravenwing Attack Squadron also works very well in conjunction with the Deathwing Strike Force as it allows you to automatically choose whether to pass or fail reserve rolls for the Deathwing units in the Strike Force.

The Ravenwing Attack Squadron can be taken as part of the Lion’s Blade Strike Force. This allows the Bike Squad or Attack Bike squad to fire overwatch at full ballistic skill. With twin-linked Bolters on the Bikes, this makes it a very powerful ability for inflicting overwatch wounds. This would be great against many of the new Genestealer Cult units, helping to mitigate the effects of those nasty first turn charge ambush rolls. 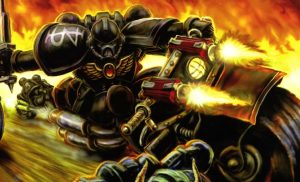 Overall, the Ravenwing Attack Squadron is a great formation to take in a Dark Angels army. The buy in cost for the formation is cheap and it provides some nice bonuses to the units taken. If you are taking any Deathwing units in your army, it is practically a mandatory choice thanks to the bonuses provided to them.