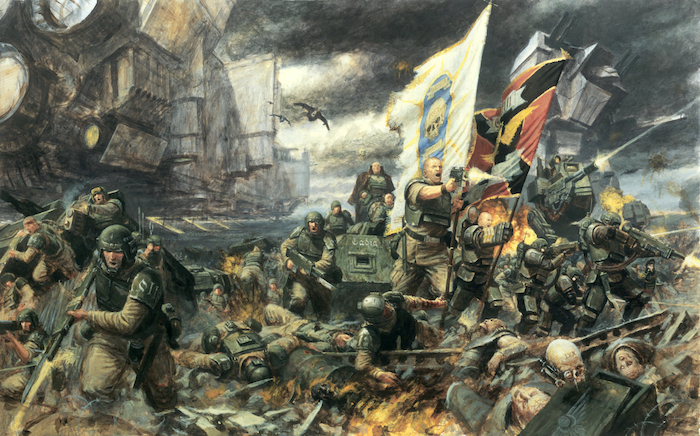 Hello! Loopy here to talk about one of the more confusing morsels from the new FAQ from GW: cover saves from intervening models.

First of all, as always, a big thanks goes out to Games Workshop for the incredible direction they have taken the company and involving the community in the FAQs. Everyone should visit the Warhammer Facebook Page and thank them for all their hard work.

Let’s look at the first one.

Q: Can Infantry count as intervening for a Monstrous Creature
or a Gargantuan Creature?
A: Yes, but only if 25% or more of the model is obscured
by the intervening Infantry unit from the perspective of
the firer.

Monstrous Creatures, Gargantuan Creatures, and Vehicles STILL need to 25% obscured to enjoy the cover save. One example of this could be if a Space Marine Devastator Squad has a unit of Bloodletters standing DIRECTLY in front of it and it wants to shoot a Renegade Knight that is on the other side of the battlefield. It is conceivable that those Bloodletters will provide cover.

Remember: if ONE model in your unit grants your target a cover save, then ALL models do. You will have to refrain from shooting with that model if you want to avoid providing a cover save.

The FAQ is reiterating that Monstrous Creatures, Gargantuan Creatures, and Vehicles are an exception to the rule due to the order of operations for rules. At the Unit Type level, there is a specific rule (big models need to be 25% obscured) which supersedes the slightly more generic rule of intervening models not requiring 25%.

This also reiterates that, if you can clearly see the model you are shooting at, it does not get a cover save UNLESS it is being viewed IN BETWEEN the silhouette of  two or more intervening models.

Let’s see a few examples because sometimes a picture is worth a thousand words. 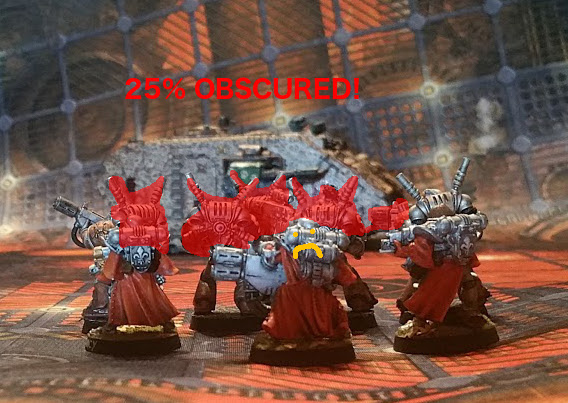 In this example, the Space Marines are not respecting the Sisters’ of Battle
personal space. They are obscuring the tank by 25% for the Multimelta sister
who really wants to burninate that Chaos Land Raider. 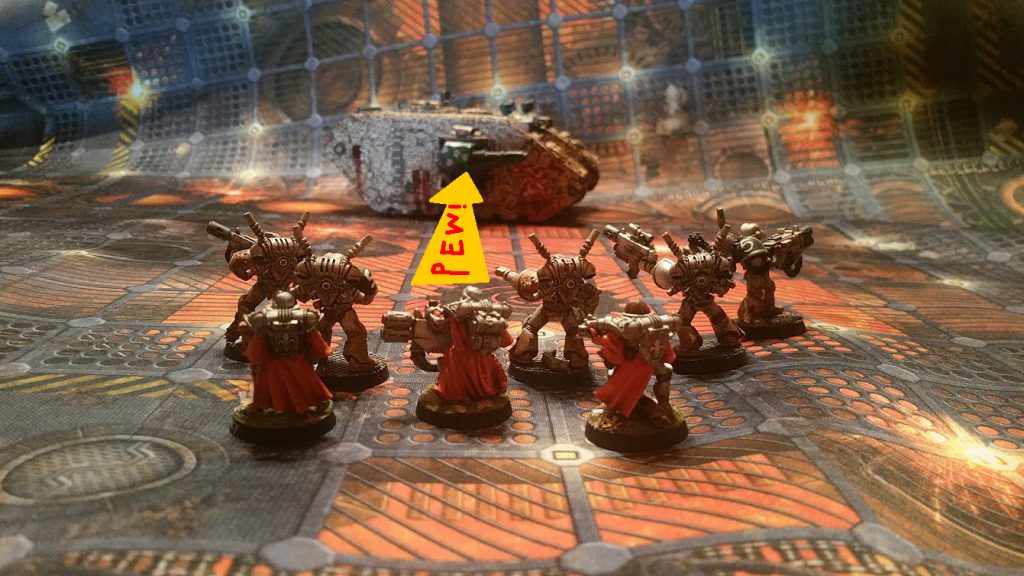 In this situation, the Space Marines have remembered that they are allowed up to 2″ of unit coherency and have provided the Multimelta Sister a clear shot of the Land Raider. Since the Land Raider requires 25% obscuring to enjoy a cover save, the Sister is good to go as long as the other two models in her unit do not fire their weapons. 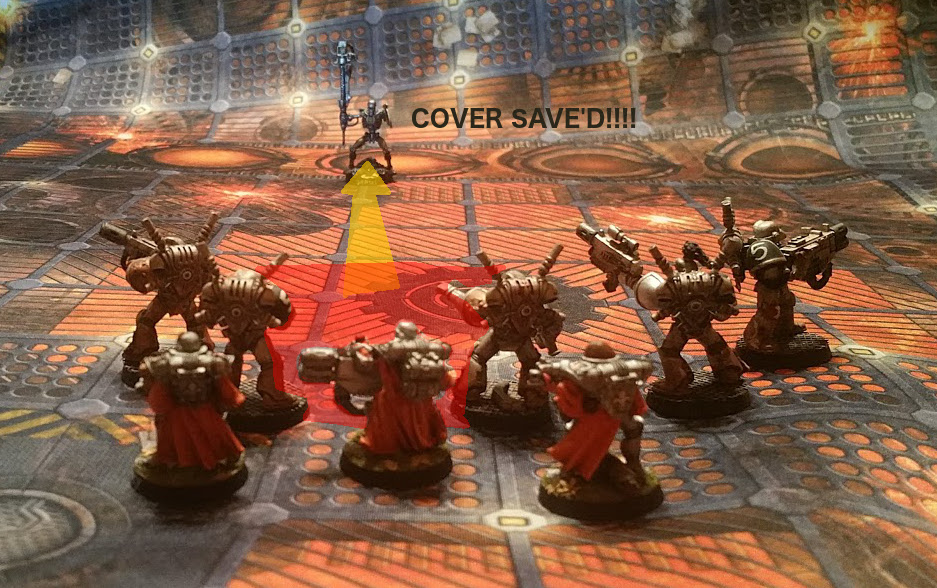 Infantry are a different story entirely. The space between the two Space Marines provides this Cryptek a save regardless. Everyone in the Battle Sisters squad may as well fire. 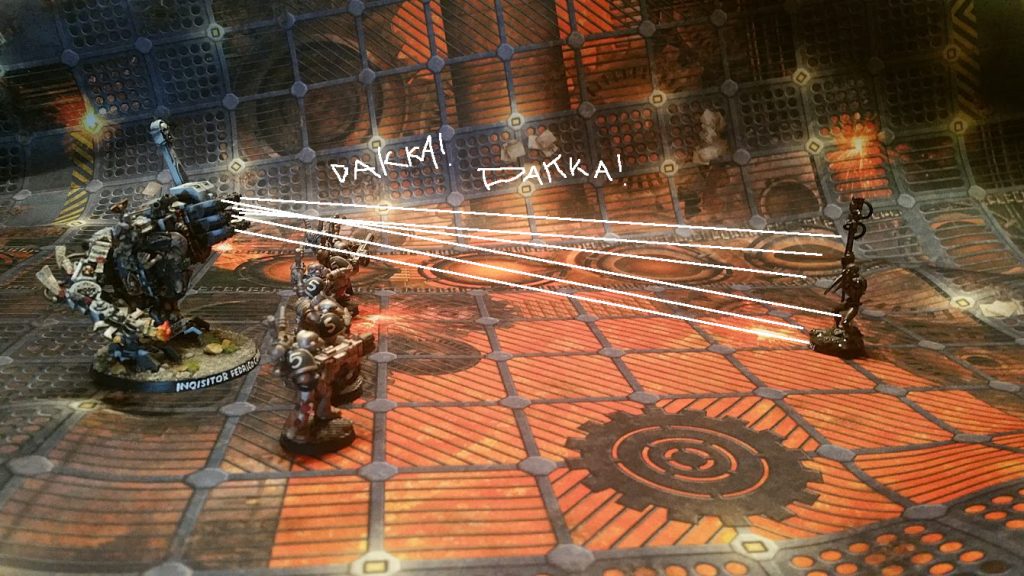 This Inquisitor’s Tornado Bolter (R)TM draws a line-of sight over the heads of the marines in front of him where NO part of the Cryptek’s body is either obscured OR in between two intervening models. NO cover save!

I hope this little article helps you! Please feel free to share your insights in the comments below.

← Happy Thanksgiving, Everyone!
Signals from the Frontline #486 →