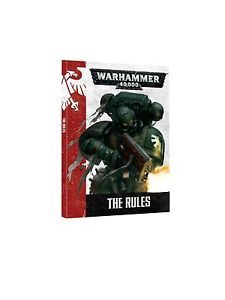 To draft or not to draft? That WAS the question. Michael here to take a look at the brand new Rulebook final FAQ. For more reviews, analyses and battle reports, check out the Tactics Corner.

The recent draft FAQ’s were greeted with great enthusiasm by the 40k community. After years and years of not directly interacting with players, the recent direction that GW have taken has been nothing short of astounding. However, the various rulings in the draft FAQ were not without controversy, with many issues being hotly debated online and in gaming clubs around the world. In fact, the ITC had put off implementing the draft FAQs until the final versions had been released, but the long delay had led many players to call for their use at tournaments.

The debate is now over, and the final FAQs have just been published. In this article, I plan to look at some of the more debated changes between the draft and final FAQ and give my thoughts on what I think this means for the game.

I will not be covering every aspect of the final FAQ, but if there is a hot-button issue you think that I have missed, let me know in the comments below and get the conversation started. As usual, these are my own thoughts and opinions and do not represent those of the ITC or Frontline Gaming.

Dark Eldar players the world over rejoice! The previous draft FAQ had ruled that passengers would also need to fire snap shots if their transport vehicle jinked. I personally liked the idea of this and it made sense to me. I was sick of Wraithguard emerging from their Jinking, practically indestructible Wave Serpent and firing their D-weapons at my army. However, had the draft FAQ ruling held, it would have rendered Dark Eldar armies practically unplayable. I think this change is probably for the better, no matter how annoying it may be. 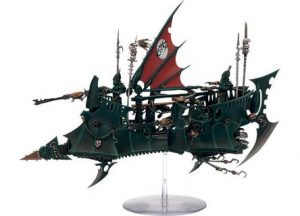 The draft FAQ had stated that skimmers were still able to Jink in this instance. I don’t like the new ruling and think they should still be able to Jink if the blast hits them. To me, this seems to simply be a way to get around the inherent Jink save of a skimmer, allowing players to target one unit and clip a skimmer with the Blast, potentially doubling the damage caused. Any mechanic that takes decisions or control out of a player’s hands is not great (just ask how many people like the Stomp rule). 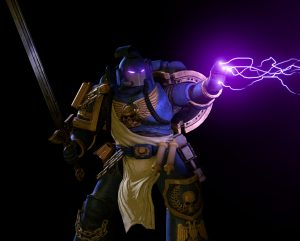 This will have some effect on the Librarius Conclave, limiting them to casting only 2 or 3 powers per turn. This could serve to limit the utility of this formation, stopping them from unleashing all their powers on the enemy army.

This one confuses me. What is the point of a focused power if it can be negated by Look Out, Sir? Will still make them useful for taking out heavy weapons or special weapons in the squad.

This one always confused me. I always assumed that the owning player would choose which was their best save. 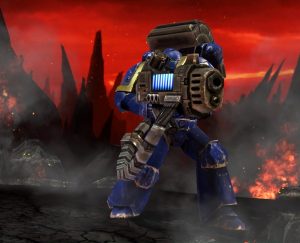 The draft FAQ previously stated that such re-rolls could not be used for Gets Hot rolls. I think the change in the final FAQ is for the best, as this made more sense in allowing the re-roll. This should help Tank Commander Pask’s unit when armed with Plasma Cannons.

This was a new one for me. I assumed that flyers were limited to firing only 4 weapons a turn. I’m not sure how many flyers this will affect, but it should be a nice benefit for some heavily-armed flyers. 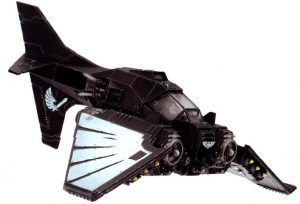 Does this mean that the Void Shield Generator is now immune to Grav? If so, this again makes them even more valuable for protecting against Grav alpha strikes. 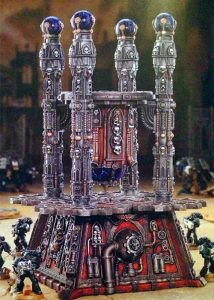 Seriously?!? Who even asks this?

This one caused a lot of debate in the draft FAQ. The ruling has remained in the final FAQ and will eliminate many army builds, such as the Drop Pod Mechanicus army.

I would have ruled the other way, myself, but I don’t write the FAQ’s! This will obviously reduce the number of hits from such units, my Deathwatch Frag Cannons are sad now. 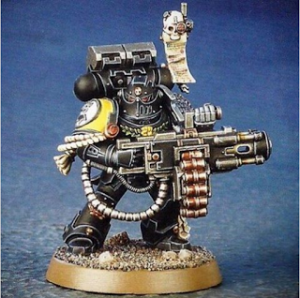 This one came out of nowhere for me, I don’t remember this being in the draft FAQ. Previously, such weapons always hit the side armour, now it can hit any facing if it scatters there. This will be a big boost for units such as Wyverns or Thunderfire Cannons if they can target the vulnerable rear armour with their shots.

In the draft FAQ, Scout moves occurred after the Seize the Initiative roll. Before the draft FAQ, I didn’t know anyone who played it this way, so this was a big surprise. This provides a massive boost for any units or armies with Scout, allowing them to use the Scout move with little risk of getting seized upon, or using it to move into a more favourable position if your opponent did seize the initiative.

As much as my Ravenwing and White Scars armies will miss this, I think this change is probably for the best. It made an already powerful special rule and made it even better. It also now introduces some risk with Scout, allowing your opponent the chance to seize and punish your army.

This is one of the rulings from the draft FAQ that I (and many players) hoped would be be reversed in the final FAQ, but this is not the case. This makes Vehicles and Monstrous Creatures much more durable against many units and combat and neuters some units such as Ork Tankbustas or Astra Militarum Veterans with Meltabombs. This will also serve to make powerful units such as Imperial Knights even harder to kill in the assault phase.

It is interesting that many of the more contentious rulings from the draft FAQ have been revised in the final FAQ. Whether this was due to community outcry or a change in philosophy at GW is up for debate, but it does appear that they have continued to listen to and engage with the community, which is amazing and great news for all 40k gamers.

What were your thoughts on the final FAQ? Any ruling changes that you like or any shocks in there? Comment below and let me know!