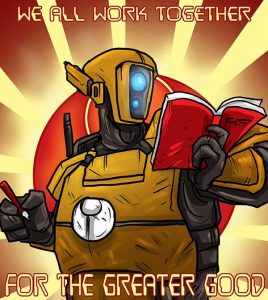 The Tau race were introduced in 2001 in Codex: Space Communists (also known as Codex: Pew Pew Pew), expanding the 40k universe with their own special brand of free love and overwhelming firepower. For more reviews, analyses and battle reports, check out the Tactics Corner. 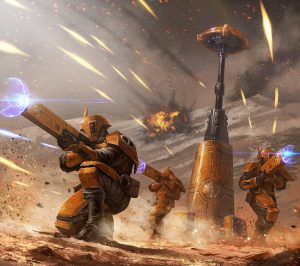 Codex: Space Communists is one of the first codices to make actually fundamental changes to the game for its army. The Tau player’s turn has no psychic phase or assault phase to speak of. In order to compensate for this, the Tau army was given two additional shooting phases. In order to not interrupt the flow of the game, these shooting phases were relegated to the enemy army’s movement phase and assault phase. Fortunately, the firepower of the Tau army is extremely limited, the Fire Warriors only having access to one of the best basic infantry weapons of any army in the game.

As such a technologically advanced race, you would think the Tau have access to some of the best vehicles in the game. This is not the case, however, and the Tau rely on the massive monstrous creatures that they breed to bring a whole host of battlesuits to the tabletop, with devastating firepower to match. 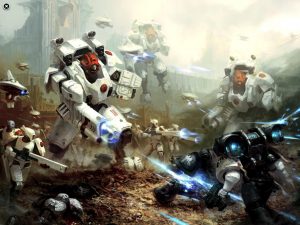 The Tau seek to expand their empire by allying with or subjugating other alien races in order to increase their holdings and influence. As a result, they have access to a large number of alien units and forces in their Codex, none of which are observed on the table.

These Codex entries merely serve as filler and a way to spread out the unit entries for the Riptides, Battlesuits and Stormsurges. The Kroot and Vespids are merely urban myths. They may have some slight background material, they may even have models available for purchase, but they have never been observed in a game, so reviewing them here is difficult. Rumour has it that the 8th edition Tau Codex will feature rules for Squats, just to mess with everyone. 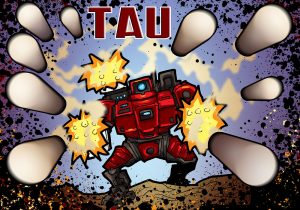 The Eldar and Tau are frequent allies in many competitive lists, so much so that the army was given a special moniker; Eldau. An Eldau army usually featured a mix of very competitive units with overlapping special rules to make a highly effective force. This mix became less popular in 7th edition after the Eldar and Tau had a big falling out and were relegated from Battle Brothers to Allies of Convenience. This mix of special rules and abilities was deemed too powerful and the rules updates served to limit the utility of this mechanic. Unless of course you play Space Marines, then it was just fine. 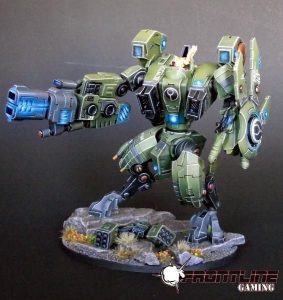 The forces of Codex: Space Communists have access to a wide variety of special rules, too many to review in full here. However, a few must be mentioned as they have a big impact on how the army plays.

The use of markerlights in a Tau army are very important. They are some of the deadliest laser pointers available in the game. Some people may think of Markerlights as a crutch to make the Tau effective in a competitive environment. These people are correct.

In order to be effective, Markerlights must be utilised in massed numbers in order to gain maximum benefit. Fortunately for other 40k armies, markerlights can only be purchased and utilised by around 98.4% of the Tau army, meaning that there is plenty of scope for other players to stop them. One of the downsides of facing Markerlights is that there is no save against them, as they are not damaging a unit directly. None of the space-faring, warp-travelling, advanced civilisations of the 40k universe have been able to master mirror technology yet in an effort to combat markerlight technology. 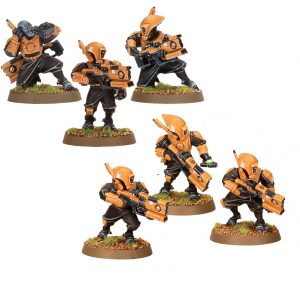 Each hit from a markerlight can be combined to add to a cumulative and devastating effect:

1 Markerlight- Shooting unit gains a bonus to their ballistic skill based on the number of markerlights expended.

4 Markerlights- Makes all weapons in the Tau army D weapons.

5 Markerlights- Gets you that Pony you have always wanted.

6 Markerlights- Finally lets Roscoe visit from that farm upstate where he had to go live with Grandma, the one that didn’t allow visitors or cameras.

As all 40k players will know, the assault phase is incredibly powerful. It has been growing in power for several editions to the point where the shooting phase is almost useless.

As Tau players have no assault phase, they have been given an additional shooting phase in the enemy assault phase. This helps to ensure that no combat actually occurs in any game against the Tau. Not only do Tau units get to fire overwatch (that can be upgraded to BS2), other units in the army in close proximity to the unit being charged get to join in the fun too. This mechanic helps to cut down the time each turn takes in a game, ensuring that most 1850 pt games can be finished in under an hour. 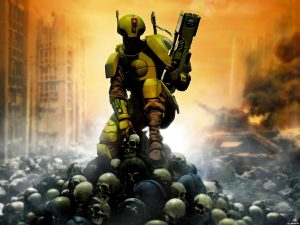 This is not an automatic bonus though and Tau units must pay a premium for this ability. Most models/units must pay at least 5 whole points to shoot at the enemy army in that army’s own movement phase. That is a lot of points to pay to completely shut down an opponent’s reserves or alpha strike, but most Codex: Space Communist players choose to make the sacrifice to do so. The downside is that you must miss your next shooting phase, but you will still have 2 or 3 additional shooting phases to look forward to in your opponent’s turn, so it is a fair trade off. 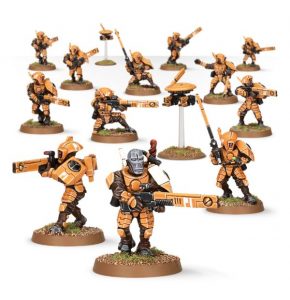 The forces of Codex: Space Communists were very strong in 6th edition and had split the community in two. One section were desperate for the rules for Supporting Fire and Markerlights to be toned down, as well as a general toning down of much of the Tau army. Tau players were hoping for a boost to their army, as it was sometimes taking players until at least turn 3 to wipe out their opponent’s forces.

In 7th edition, the Tau did not get a new codex as such, but got an update with some new formations and upgrades to the army that were quite powerful in some respects. 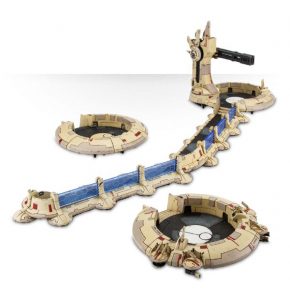 As powerful as the Tau shooting phase(s) could be, there was still phases that they could not fire in. One of these was the enemy shooting phase. Fortunately, the Tidewall Shieldline came along to solve this flaw. Not only did this deflect the enemy army’s shooting back at them, it was also a mobile fortification. This helped to ensure that the opponent’s army never got a chance to be wiped out by your overwatch fire. 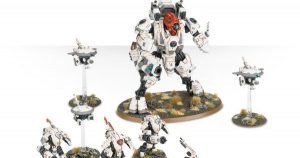 The Optimised Stealth Cadre was another formidable addition to the Tau arsenal. By keeping the Stealth Suits and Ghostkeel in close proximity, the units are able to gain Ignores Cover and +1BS. This is handy for when your 50 Markerlights have something better to do.

In addition, enemy vehicles fired on by the formation take a shot in the rear. For once, the formation special rules perfectly mirror the feeling of anyone who plays against a Tau army.

The rules for the Hunter Contingent caused some controversy when they were first released. The ambiguous wording of the Co-ordinated Firepower rule led to confusion amongst the community and split players once more into two camps.

One side argued that the rule did not allow Tau Commanders to share all the special rules and benefits from the various different units in formation. That this interpretation was not what was intended in the rules and was simply too powerful. The other side argued that this was exactly what the rules were intended to allow, that the powerful technology of the Tau made this sort of thing more likely. Not only that, the wording of the rule was obviously intended to include that Tau army playing on the table next to yours, allowing the adjacent player’s Stormsurges and Riptides to fire at your army in addition to the ones already on your table. 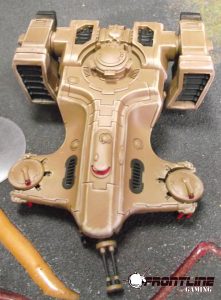 As an added bonus, many of the new formations allowed the units within them to shoot twice in the shooting phase (the one in the Tau player’s turn, not the others). 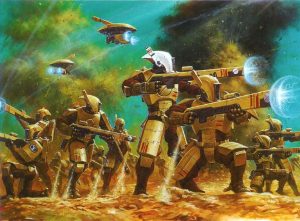 Overall, the forces of Codex Pew Pew Pew represent a powerful new faction on the tabletop. In order to improve the army even further, the next edition should see them finally get a powerful assault unit. One that can sit at the back of the table with nothing to do all game.